There’s a company working to install a DMR repeater as part of their network up on one of our sites now. They chose a good time to do it – we have dry weather today, and a 20% chance of light precipitation tomorrow…. much better than the last time I was up at this site when it was unrelentingly moist, cold, and slippery mud was infesting everything. Yes, it was indeed nasty enough to necessitate the word moist, that’s how offensive it was. Now it’s just beautiful, and with the clear sunny sky I can see two of the other sites I work on from here… the one with the wind farm is showingly only little patches of snow and should be accessible again, and it’s starting to melt off of Shasta Bally over there. 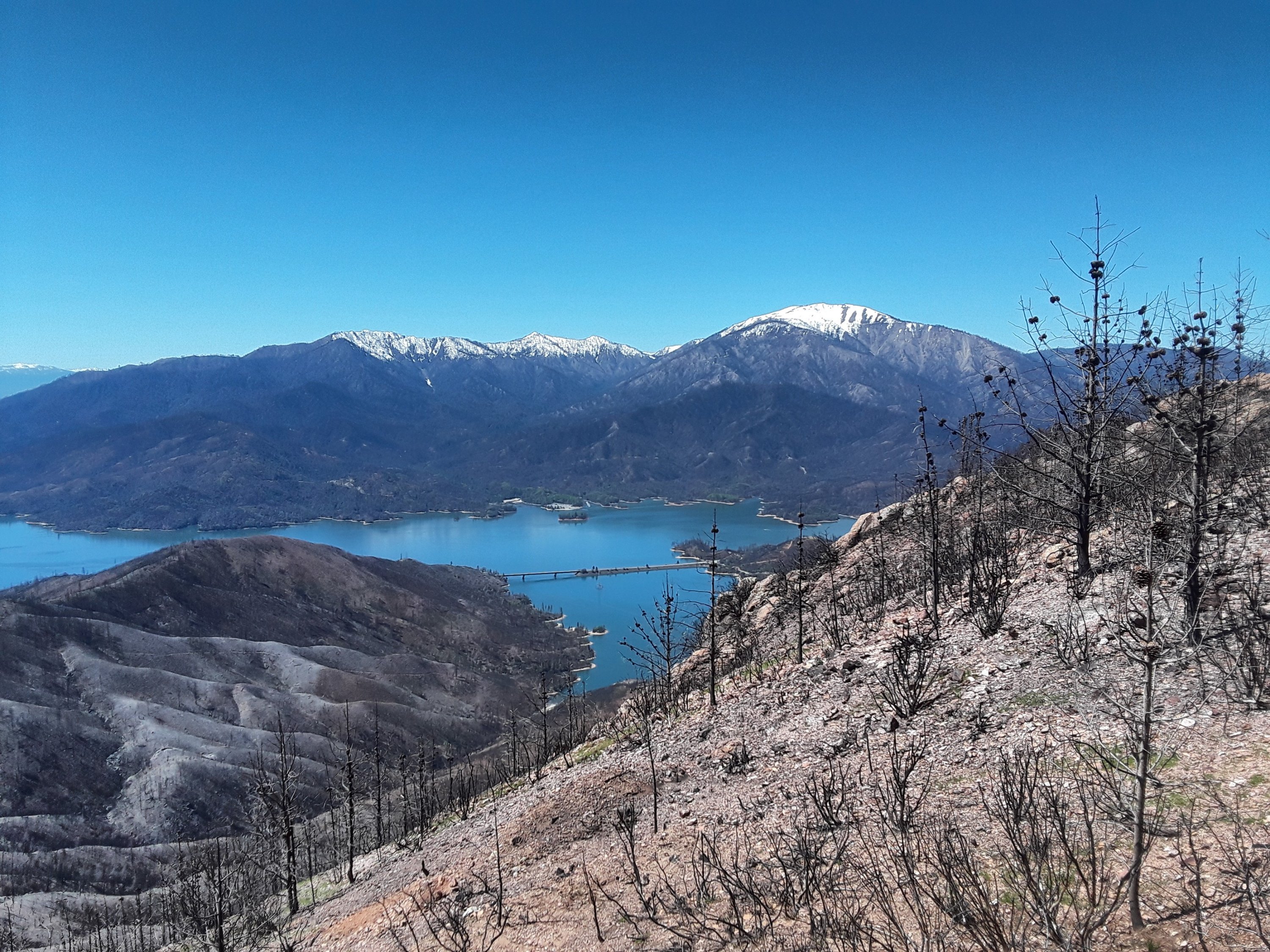 I know the tall snow capped one at right is Shasta Bally – I can see our tower up there. One of the other peaks visible is Shoemaker Bally and I’m not sure which one is which. 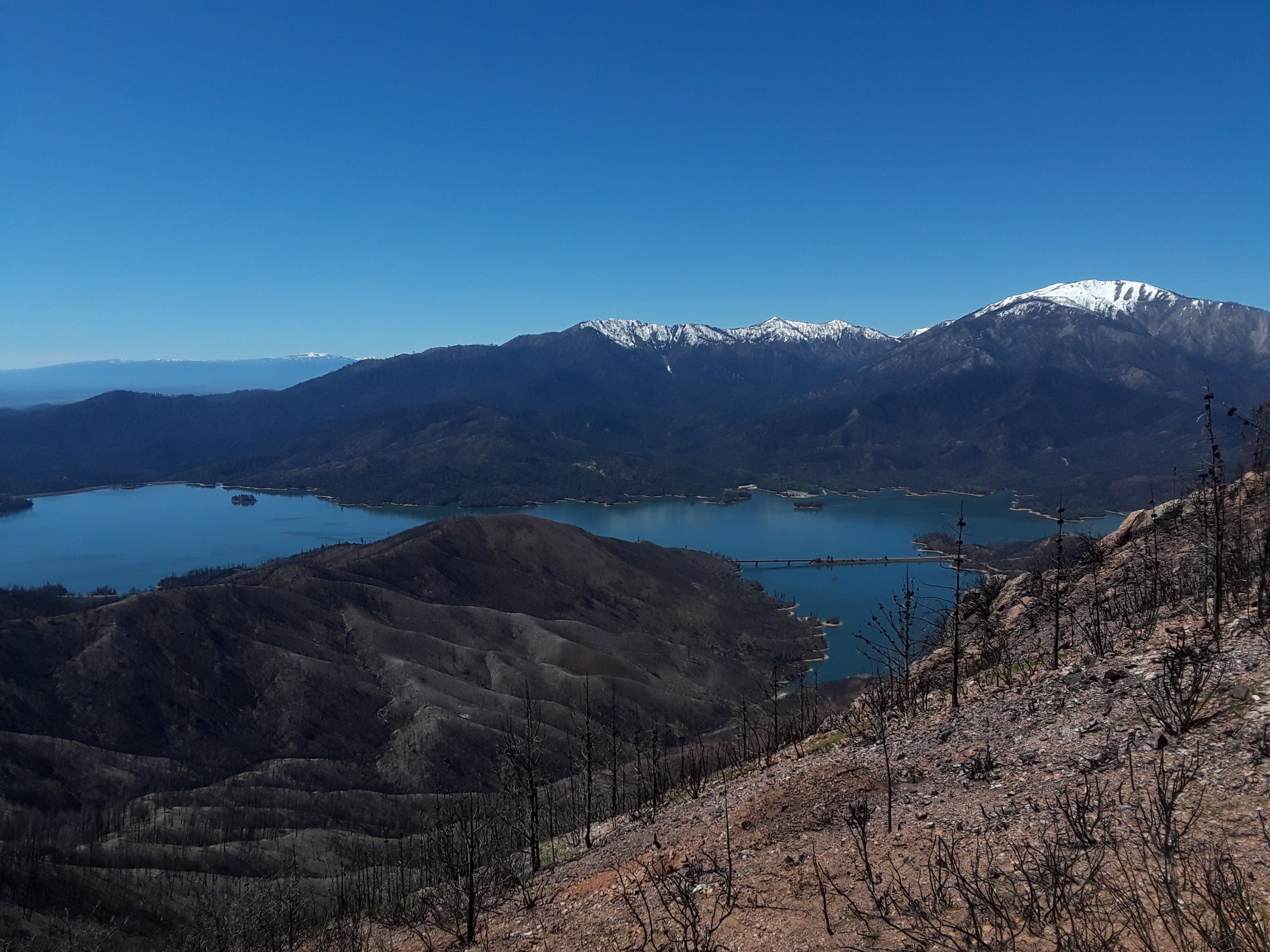 This is beautiful sailing weather. Go hit the lake! 🙂 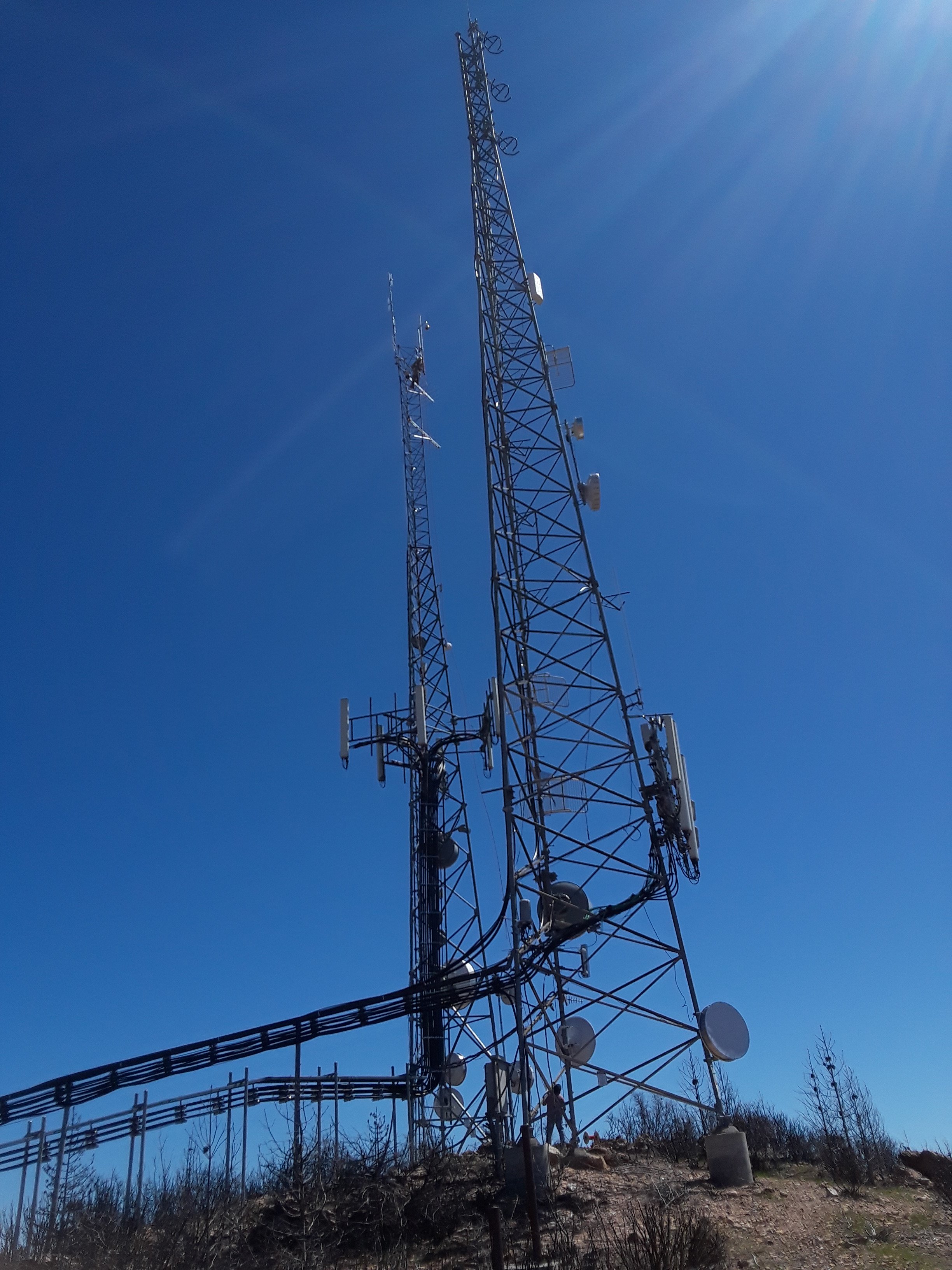 Tower crew at work. They just mounted the transmit antenna for their MotoTRBO Capacity Plus repeater up there next to that weird arm with the IP camera on it.

We do not know whose camera that is.

It just kind of appeared when one of the tenants was working on the site.

They did not ask us to reduce transmitter power to drop RF exposure levels to within controlled exposure limits.

The way I look at this lately…. if some fool’s gonna go do work without asking for a power reduction, they DESERVED to be warmed up a bit. 😉

JUST ASK ME FOR A POWER REDUCTION! I don’t bite….. particularly hard.

For that matter, if the camera they did not ask us for permission to install starts malfunctioning due to the RF output of the DMR repeater— welllllllll guess whose fault that is for putting it there. Bwahahaha. I’m turning into the freaking BOFH, aren’t I? 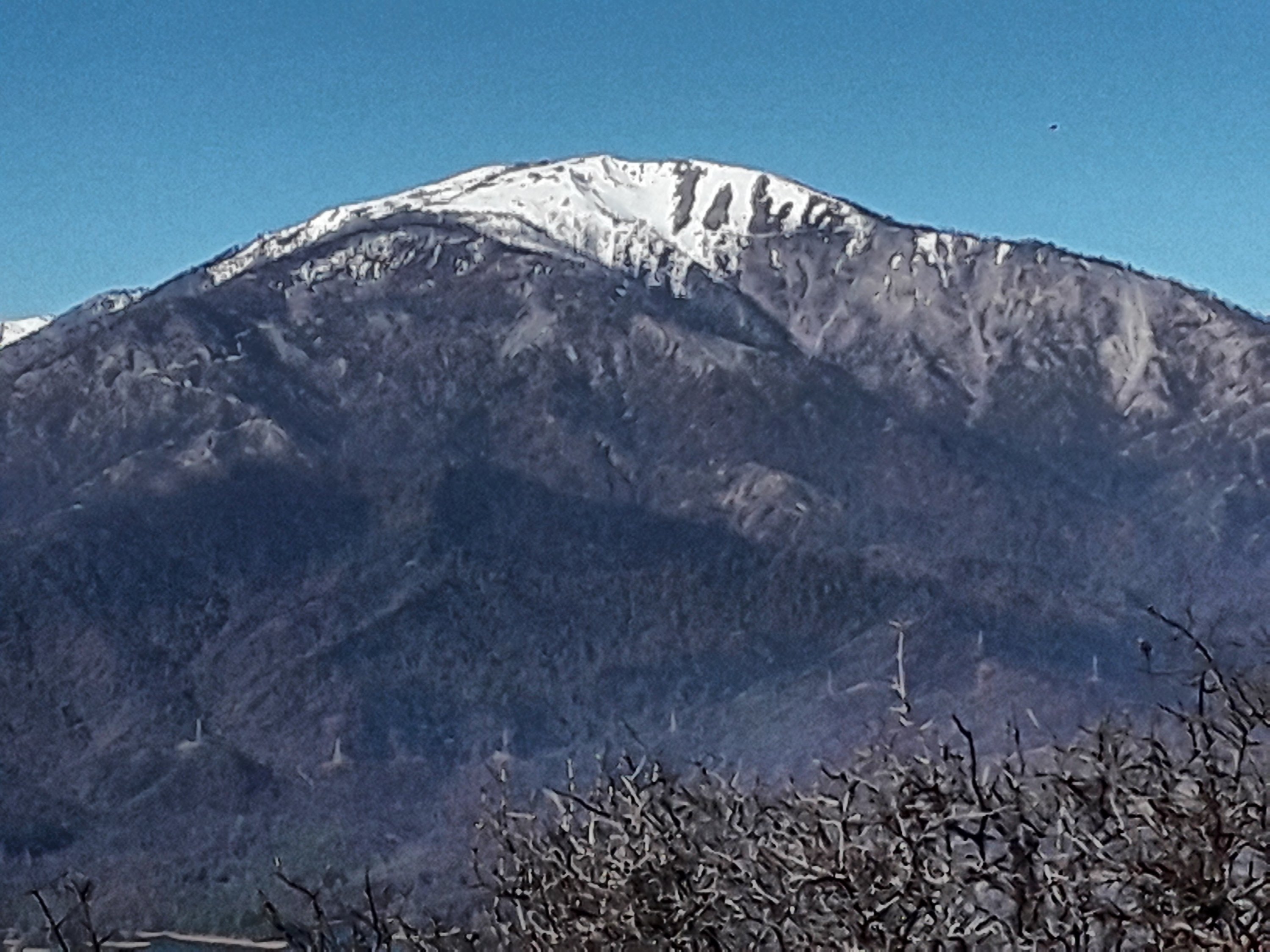 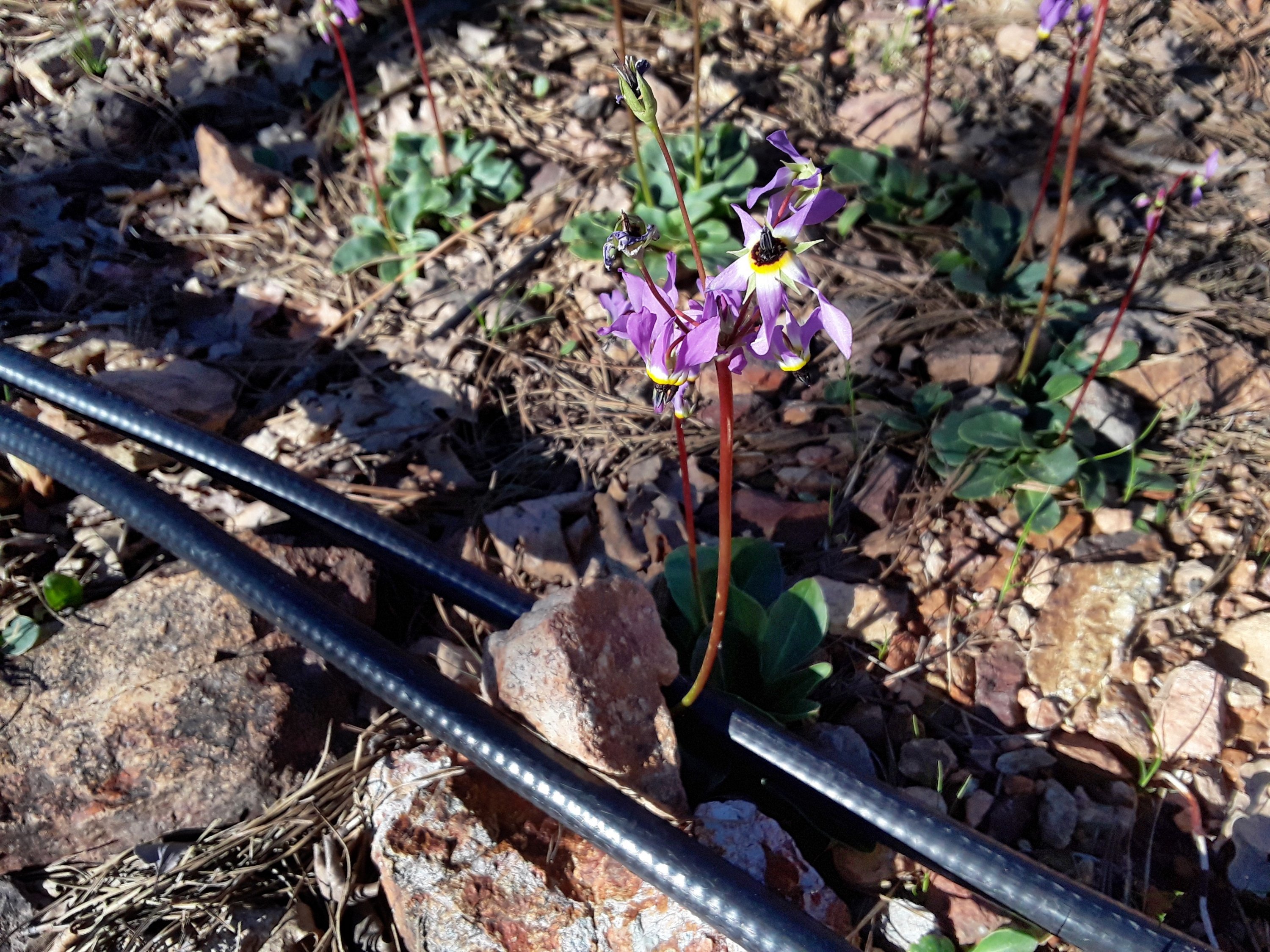 Be sure to water and fertilize your LDF4 lines so they can go into full bloom!

Sometimes I like having advance notice if I’m about to get several hellish marathon workdays in a row. You know, more than 8 hours ahead of time is nice.

But that’s not how it works when dealing with crazy shit up a mountain. 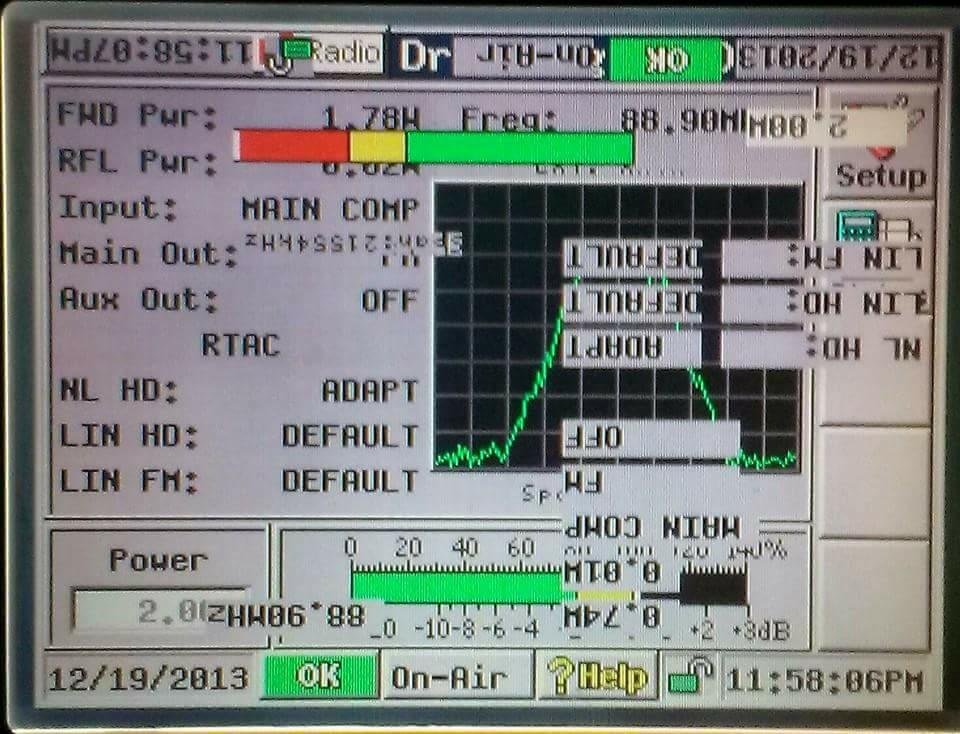