Or, some crappy escalator that takes a poo every time it rains. I think it’s an Otis. What’s the small cable all about? It runs across there and is supported by two tiny sheaves so it can pull on something. Is that supposed to stop the escalator in case of a step derailed from the track? For it to detect a foreign object sucked under the “comb plate” (the part where you step off that combs in between the ridges on the step), the object would have to be very big and very deeply stuck in there.

Most of the escalators I’ve seen elsewhere on Metrorail have the motor under the steps near the end, coupled to the gear box by three parallel drive belts. This one appears to use some kind of right angle reduction drive and buries the brake under the motor, possibly building it onto a shaft coupling. I have seen some traction elevators using a similar arrangement. On the elevators, the brake was only used for emergency stopping and holding the car in place after the variable frequency motor drive had already brought the motor to zero speed. It looked like a giant crab claw cracker. 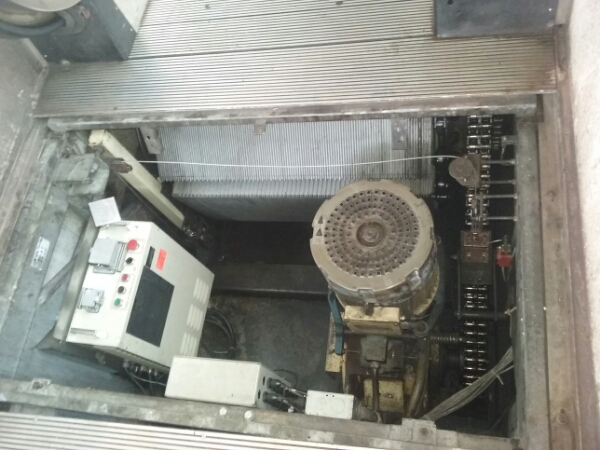 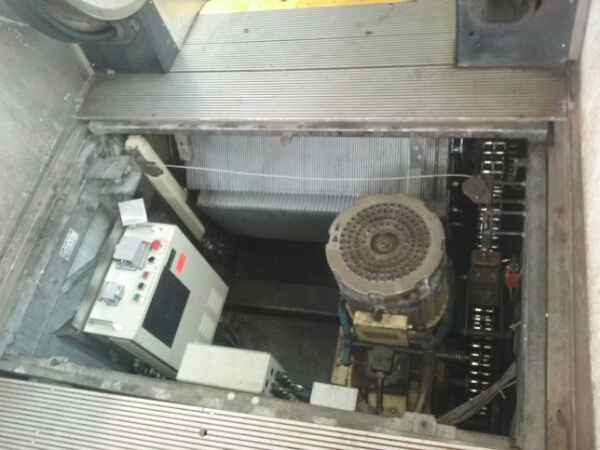 One thought on “A synthesizer for Nopecore.”