Here’s a story I’ve been meaning to tell for a while.

Once upon a time, there was a wonderful isle of dreams, and a television station built upon it. To carry the sounds to accompany its magically delivered pictures, there was a set of audio distribution amplifiers.

And oh baby what amplifiers they are….

And their, uh, not the best side 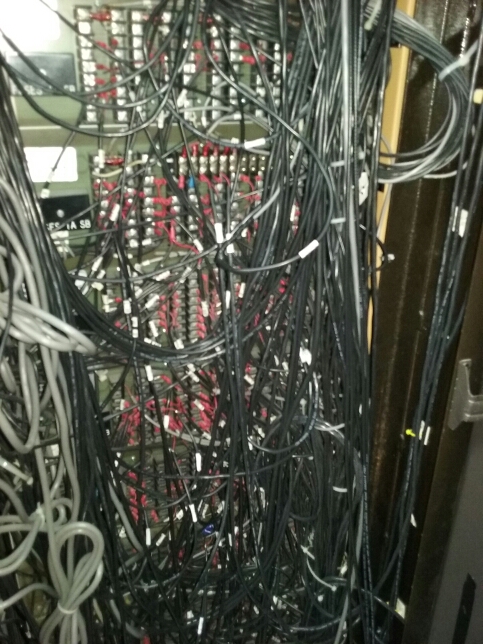 And now the heart: 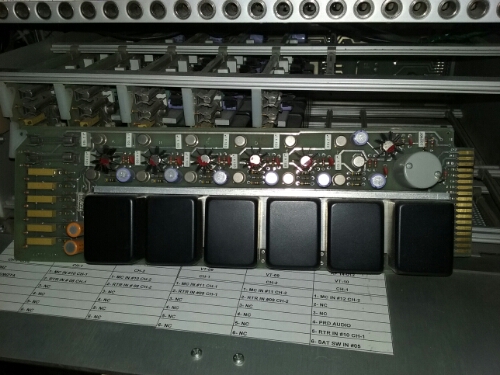 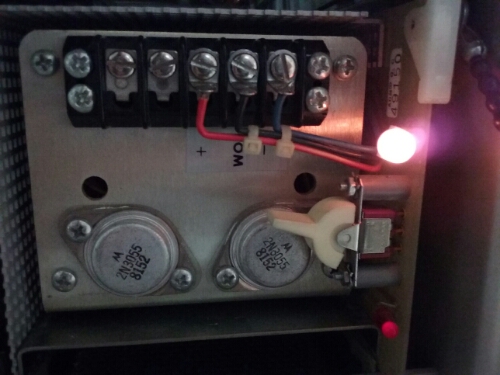 The dual power supply. One regulator on each end. This is the older design; the newer one has two separate regulator cards.

These lived happily until one day, one regulator card let out a biiiiiig fart. 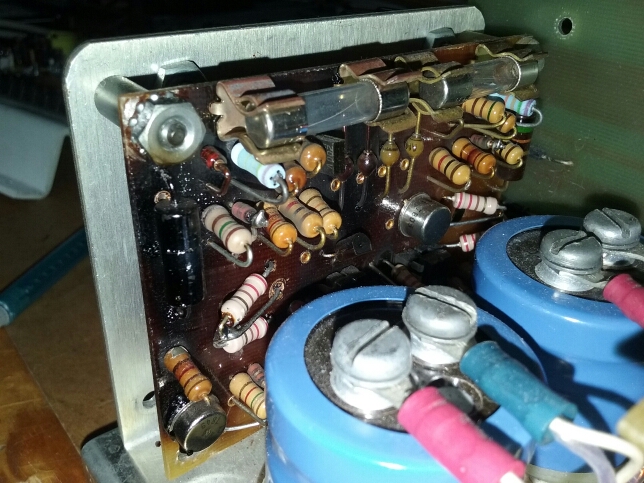 For comparison, this is what the other end looked like:

Oh how it stank that morning on the wonderful isle of dreams!

The finest nose on the isle located the stench and an engineer set to restoring the precious music of the angels to flow beyond it. Fortunately he found only two channels still in use, each feeding one output… Thus:

This engineer was haunted from that day by the knowledge that some very mission critical audio still runs through that stack and the amps aren’t getting any younger.

However, they are, at least, better than the modern equivalent. 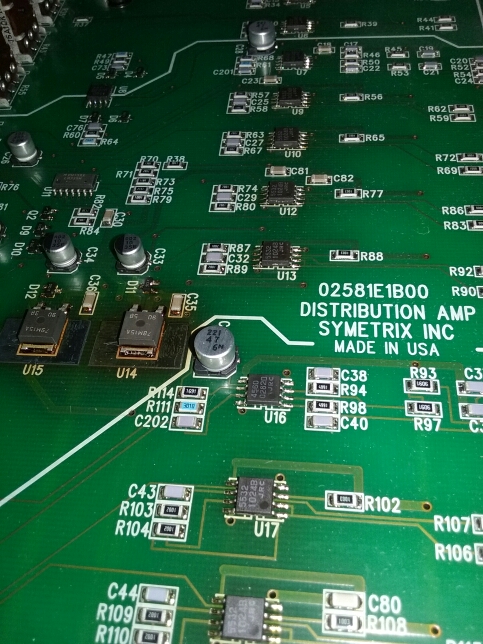 One thought on “A tale of amplifiers.”