“All mentions of the word ‘chameleon’ should be preceded by five commas. In all other instances, they come and go.” – @FakeAPStylebook

Now this is why you don’t let me play with your model trains. They wind up with gnaw marks.

This one needed to be put on a track where it moves forward when triggered by a sensor, then moves back. 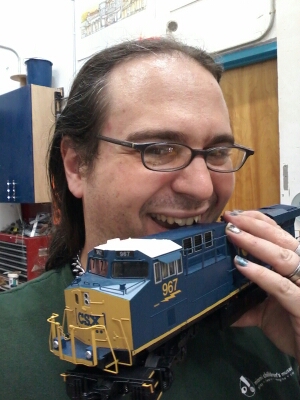 I had two options here:
A) interface to the locomotive’s onboard controls and use extra sensors and aaaaaaaaaaaaaaaa—–
B) simple DC control using relays and diodes 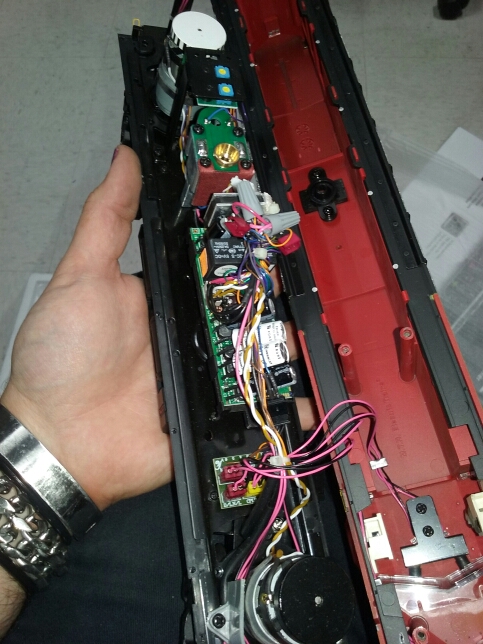 Oh my glob it’s busy in there 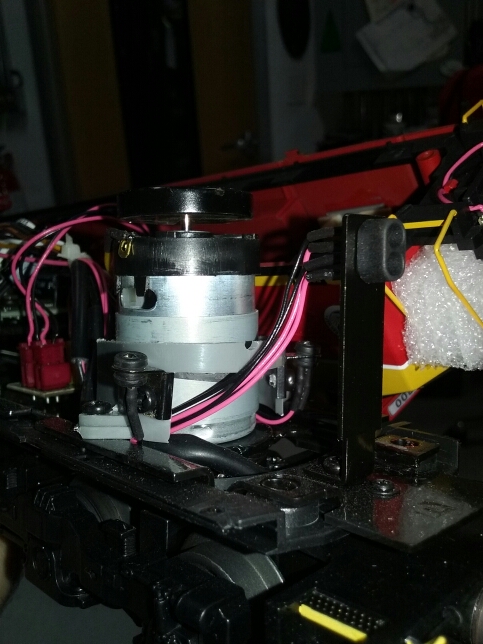 The motor has a tachometer sensor – I guess you can really tell it “okay, go scale speed of 79″… 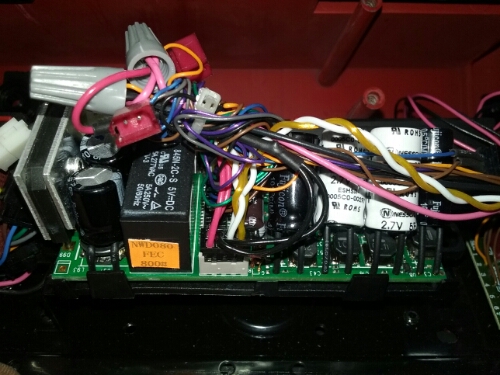 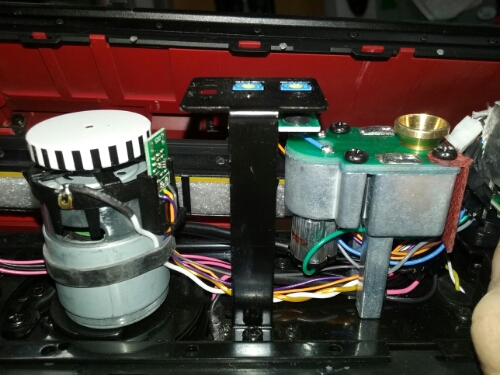 One of the drive motors and the smoke machine 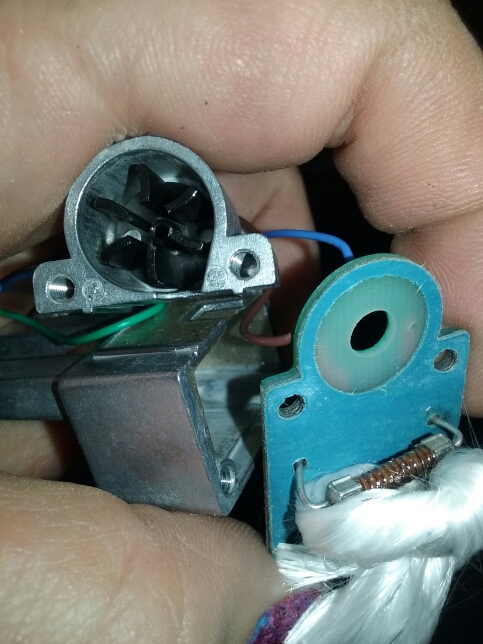 Bro, do you even vape? (I opened it to see what the motor was all about. It’s a fan to propel the smoke upwards.) 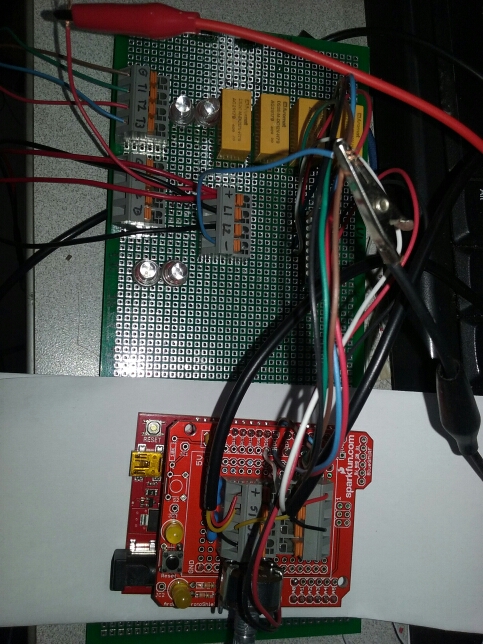 One of my favorite Arduino clones, and the relay board. This controls two identical train setups. One relay on each side starts and stops the train, the other sets the direction. 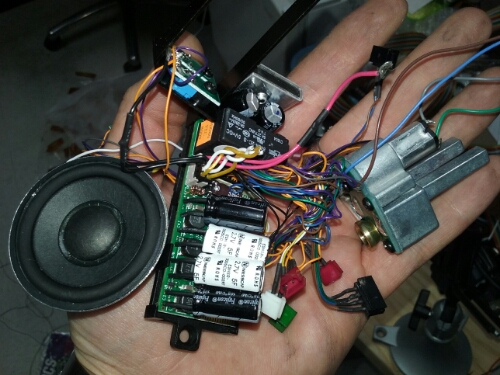 Leftover parts. I removed the extra bits because it’s remarkably hard to get the top back onto the locomotive with all that in there– it kind of barely fit!! I’m keeping the harnesses as intact as possible in case anyone ever wants to reverse the modification.

The way it works: I have each track installed with a gap in its third rail. 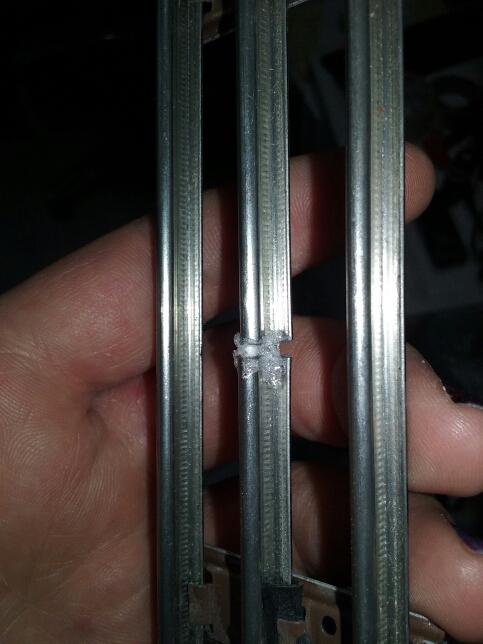 At each end of the line is an isolation block to stop the train. Its travel direction is determined by the DC power polarity. That being the case, I used a diode in line with each end section to essentially make it a one way street leading back from where the train just came in. The train will move until it loses power due to the diode being reverse biased, but flipping the polarity will give it power again to move the other way.

Originally I thought I was going to need more relays and other jank until I realized it just didn’t have to be that hard. 🙂

As for the title, no, I’m not just referencing the Principia Discordia again, it’s referring to the Multiple Unit cables used to control a locomotive from the cab of another leading or trailing locomotive, or from a cab car on the opposite end of a passenger train. Prepare to laugh about the fact that the Woodward Governor is basically a mechanical digital to analog converter with pseudo BCD inputs feeding a hydro-mechanical comparator to set the engine fuel rack for a commanded rpm… Cute, right?