Something totally alien appeared at this remote crapshack transmitter site. I’ve yelled about the hilarity of this site on here before, and it seems like… uhhhh, well, it gets “maintained” still in the sense that someone mows the grass. Yes, the ATU is still dangling open and even at NIGHT POWER the thing was singing on modulation peaks. The station sounds horrible! But wait, what’s that colored light? Is that the ATU or base insulator arcing over? Hang on, it’s even stranger… 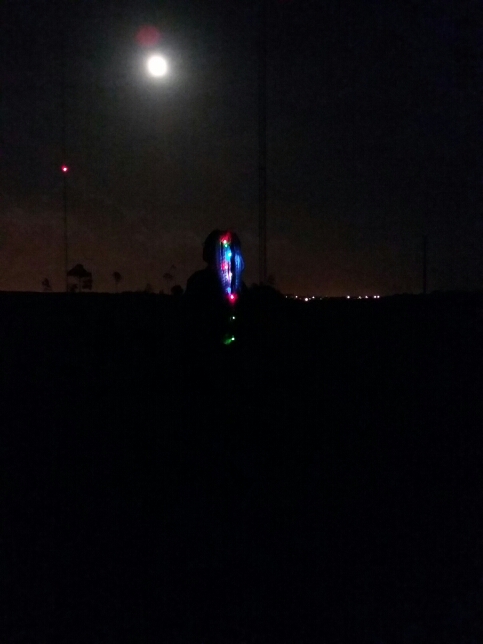 Wait, what? Is that Santa? NORAD, your tracker better not be leading us astray– 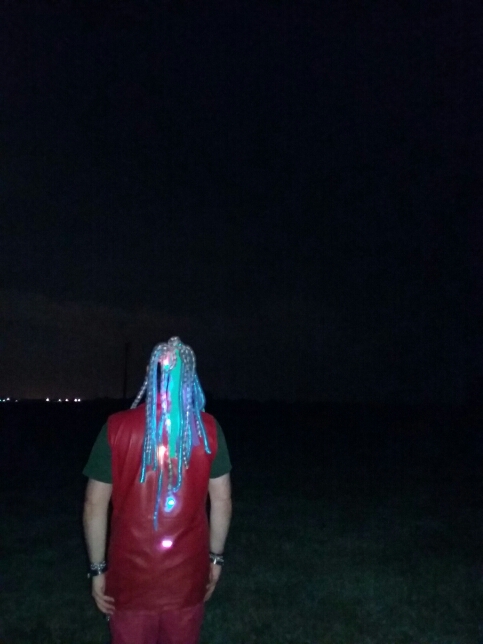 Upon seeing the condition of a guy wire anchor the strange visitor backed away really quickly, saying “nope”. 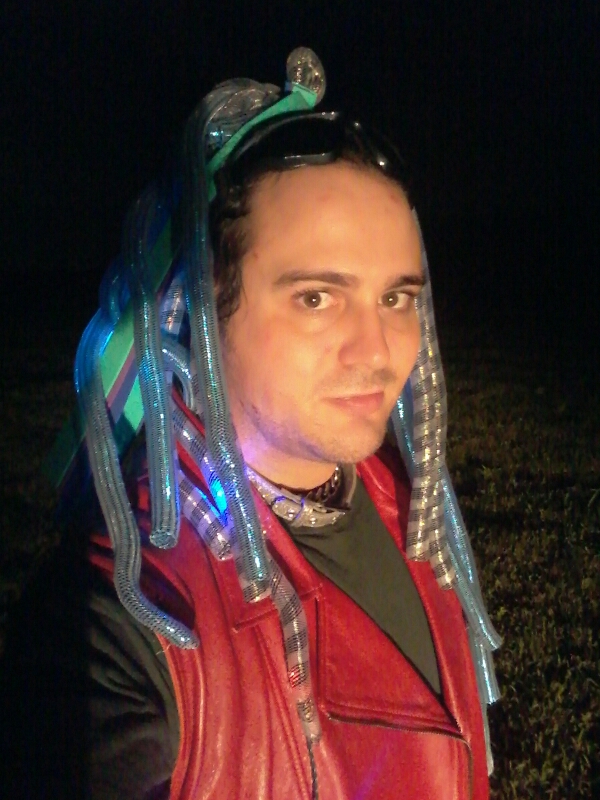 So this was a really crude but successful experiment – I put a set of LED holiday lights down two of the tubes and the result was just majestic. YEARS AGO I had briefly experimented with doing this and never got around to actually making anything of it. The power arrangement to this is just awful — I zip tied the battery box with four AA batteries to that silver collar and wore it like that. It held out for hours of continuous use but was just too damn bulky. Oh well, rough prototype and all. Next version’s gonna have addressable RGB LEDs and a freaking MICROCONTROLLER… and a smaller lithium ion battery. 😀