This is the aforementioned post in which I will be very brutally honest about my experience with Comcast. 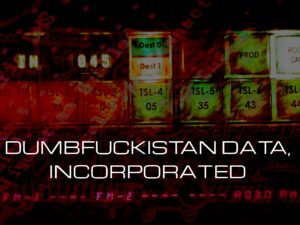 It all started a couple years ago upon moving into my current apartment. I was told by the management that Comcast and AT&T were options for home Internet service there. At that time, AT&T was very much guilty of, uh, creative, billing practices on their U-Verse service, so I was a little strangely glad at the time that they were unwilling to provide any new service in the complex – they were at that time winding it down and only providing service to those few customers who still had it. At the time I remember wardriving and also seeing “WiFiRSU_****” SSIDs which were characteristic of ClearWire home gateways. ClearWire was on the way out though, its spectrum being reclaimed by Sprint after… whatever the hell happened there. I forget the details other than that Clearwire never actually paid the rent on the Sprint towers. Good riddance to that crap – I had their service once upon a time and it ROYALLY BLEW, although as of late, they were better at their worst than Comcast on a daily basis…

I was given a business card to contact a local sales agent for Comcast who gave us a special rate. This was not advertised as a promotional rate or anything and included a credit to cover modem rental. This also included some weird digital basic cable service package.

However, I had to provide a LOT of personal information to prove that I wasn’t the previous resident who apparently left with an unpaid balance. This took an entire week to clear up and I was treated like a lying cheat the whole way.

The equipment was delivered by our sales rep to the leasing office. I cracked up laughing when I saw it. The Technicolor home gateway was ginormous and looked like some Shenzhen flea market reject. The cable box… oh brother. I had the same cable box at my parents’ house in 1998 for TCI digital cable. I spent an entire day trying to get that activated, and when it was… the picture looked about like RealPlayer, and the box got HOT. When I’d had this same box at my parents’ house I recall having to aim a fan at it to prevent the picture from breaking up. I looked down at the Kill-A-Watt I’d plugged it into and it reported power usage alternating between about 25 and 190 watts(!!). I disconnected it and threw it under the dresser, never to be used again.

Six months in, the bill increased by about $35 when our plan was phased out. I tried to contact the original sales agent only to find that he had gotten so pissed off over this happening to all his clients that he quit! Comcast’s national sales channel was totally unapologetic and I recall a representative at the time actually making some comment about the fact that they knew they were the only option for home internet access where I live. Finally they agreed to give us some stupid extra channel package… on the unwatcha-box? Yeah like that helps.

After a while, our connection began to degrade. Repeated calls to Comcast yielded no willingness to conduct actual diagnostics beyond seeing “yeah, okay, my system says you’re connected”.

Since they’d also been charging me $10 a month modem rental now, I bought my own modem and spent an entire day on the phone trying to get it activated.

Shortly after this I got their message about a “trial” in our area…. of data caps. The 300 gigabyte data cap was instituted and we never even came close to reaching it, in part because the fastest speed offered in our area is 25/5 megabits, but also in part because we were now offline for hours a day. The service had improved a bit with the Motorola Surfboard SB6141 I installed but then started to degrade, even with the 6141 reporting perfectly acceptable signal between it and the node. I guess the modem wasn’t the issue, but hey, at least now I’m not paying an extra $10 a month for it, right?

Well, only, now I am. Comcast also began creatively billing. I’ll pay my bill on time each month via credit card and the charge remains pending in my account until a day or two after it’d be overdue… then gets refunded, and I have to pay it again. With a late charge. This happens about every other month, except for this past month, when I received a mysterious 90 dollar “courtesy” credit on my account that prevented me from paying the bill because it had already been “paid”. The “courtesy” credit was reversed just after the bill went overdue.

Usually you don’t call curbstomping your customer’s face a “courtesy” but I digress.

And now, as of the last few months, the data usage went over 300 gigabytes despite it being quite impossible for this to occur. At first it’d run over right at the very end of the month, but last month it hit 300 gigs within the first six days!!

Each time it occurred, a browser notification would pop up upon trying to go to any website. This usually went away after being clicked away a few times (not on the first try, ever), but then I’d also receive robocalls.

EVIL ROBOCALLS. The robot would call every 15-20 minutes with NO WAY TO STOP IT! I installed the TrueCaller app and that automatically silenced the robocalls.

I tried calling Comcast and asking for assistance with this issue. The most I could get is a sales script saying I need to secure my wifi, pay them to secure it for me, or pay an extra $30 a month to add unlimited data to my account, but that there was no actual PROBLEM because I wasn’t being charged for it yet – I was still in courtesy overages.

At this point I filed a complaint with the Friendly Cookie Company. That got me a response, albeit… a very stupid one.

Comcast now had a representative calling me repeatedly during business hours. At first these calls were just hitting TrueCaller and silenced because I still had the filter active to stop the neverending robot spam! I added an exception upon realizing they had a human trying to contact me from a different number. Unfortunately, well… where I work, most of the office is in a room screened with solid copper sheeting. Cellular phones just don’t work. When I was able to get out of the office during the day to return a call to Comcast’s rep, I pointed out it would be impossible for me to receive calls from them like that, but I was able to talk to them about the issues with the data cap and slow/nonexistent transfer.

I’ve run speed tests repeatedly and received anything from 0.1 to 8 megabits down and 0.4 to 2 megabits up. This is not the 25/5 I’m paying for (although am not guaranteed). Often it takes three tries to load any fairly complex webpage. How am I using over 300 gigabytes again?!

The answer I got? Yes, our metering is accurate. No, it’s not our fault. However, if you buy now, you can get unlimited for $30 a month, which will go up to $50 as soon as we raise the data caps to one terabyte.

They offered to have someone from my local market contact me back about the reliability problems, but this has either never happened or they are incapable of using email or voicemail.

The incessant attempts to contact me within the copper shielded room continued for a couple weeks until Comcast finally sent a letter to me and the FCC stating that I was unresponsive to their attempts to resolve the issues in my complaint and they were closing the matter.

This month, about halfway through the month, the meter is just above 300 gigs, so the new data cap of 1TB won’t be exceeded. So… I still have barely any useful service to speak of, but at least I’m not getting charged for the overages I can’t possibly be causing.

At this point I’m just holding out hope their monopoly will be broken. This is why we cannot have nice things.