I got a box of LED light bulbs at the local DumpshitMart and the first one I pulled from the box was a dud but flickered several times as I screwed it in. Strange. I suspected a bad solder joint, and noticed the bulb part felt like plastic and not glass.

I started prying on it a little and it popped off revealing the emitter board. 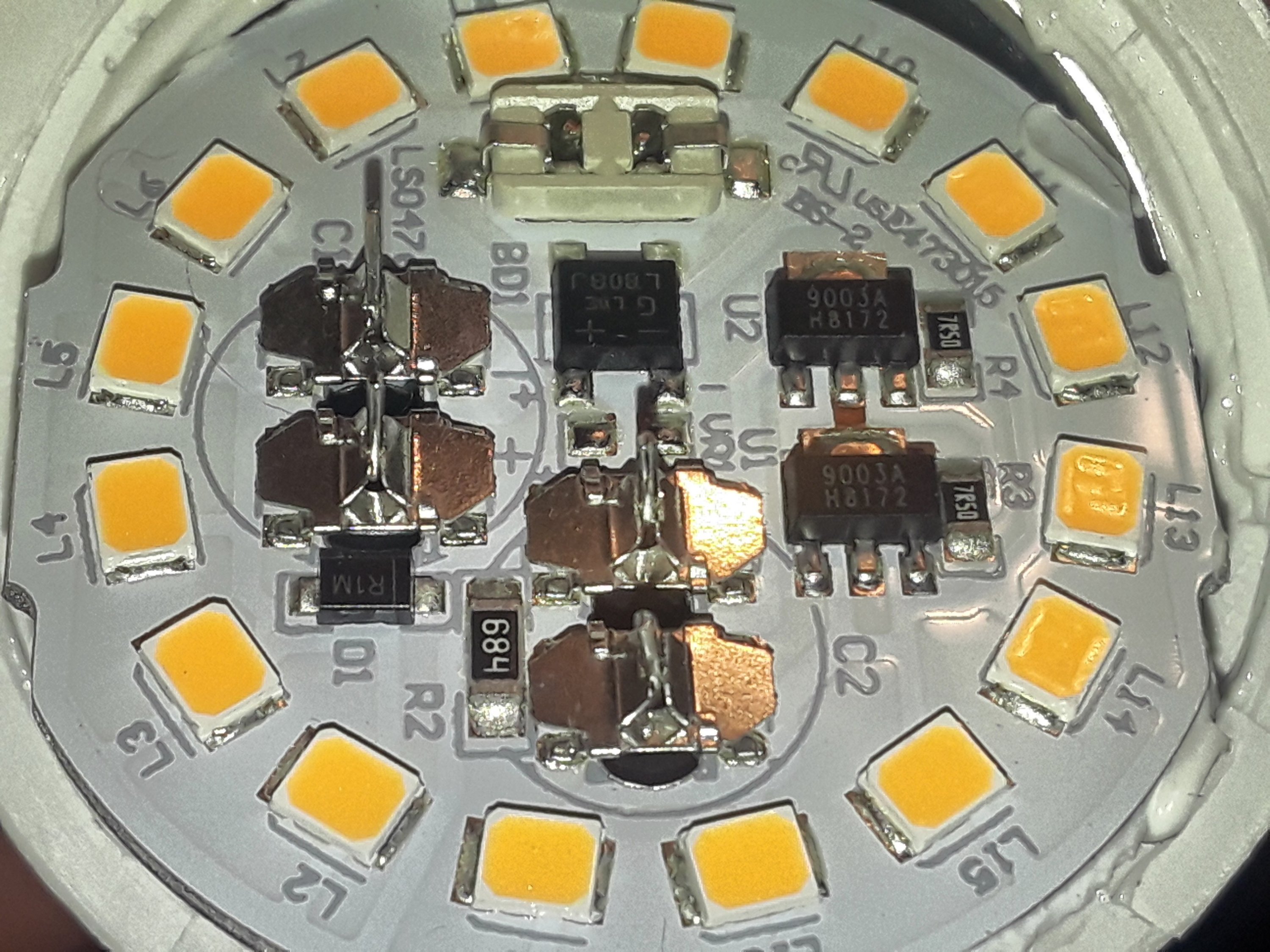 Interesting construction. Spring contacts are used for the capacitors, and presumably for the power input. I noticed right away that one of the power input pins wasn’t visible in its terminal.

I wonder what these regulator ICs are? No visible inductors are present (and I can’t see any signs that they used a multi layer board with a pancake inductor) so it’s not a buck converter. Might just be a linear constant current driver or something.

16 LEDs in series assuming Vf = 3.2v each would be an operating voltage of 51.2v. This would imply that either those led packages contain more than one diode in series, OR most of the voltage is being dropped by the current drivers! 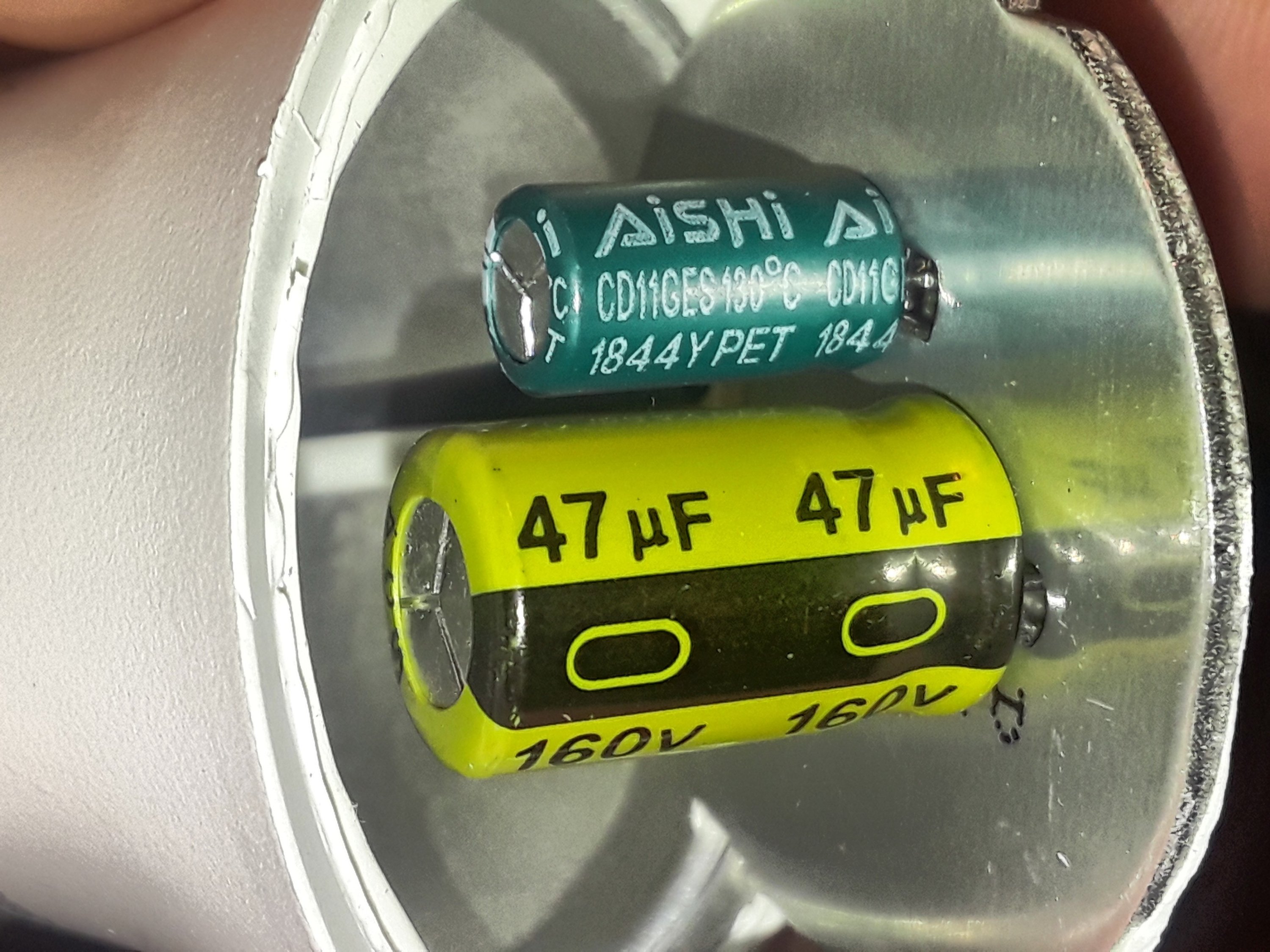 The two caps behind. Strangely, once you’ve unglued the bulb, these would be the easiest caps to replace that I’ve ever seen. They’d just slide right out. 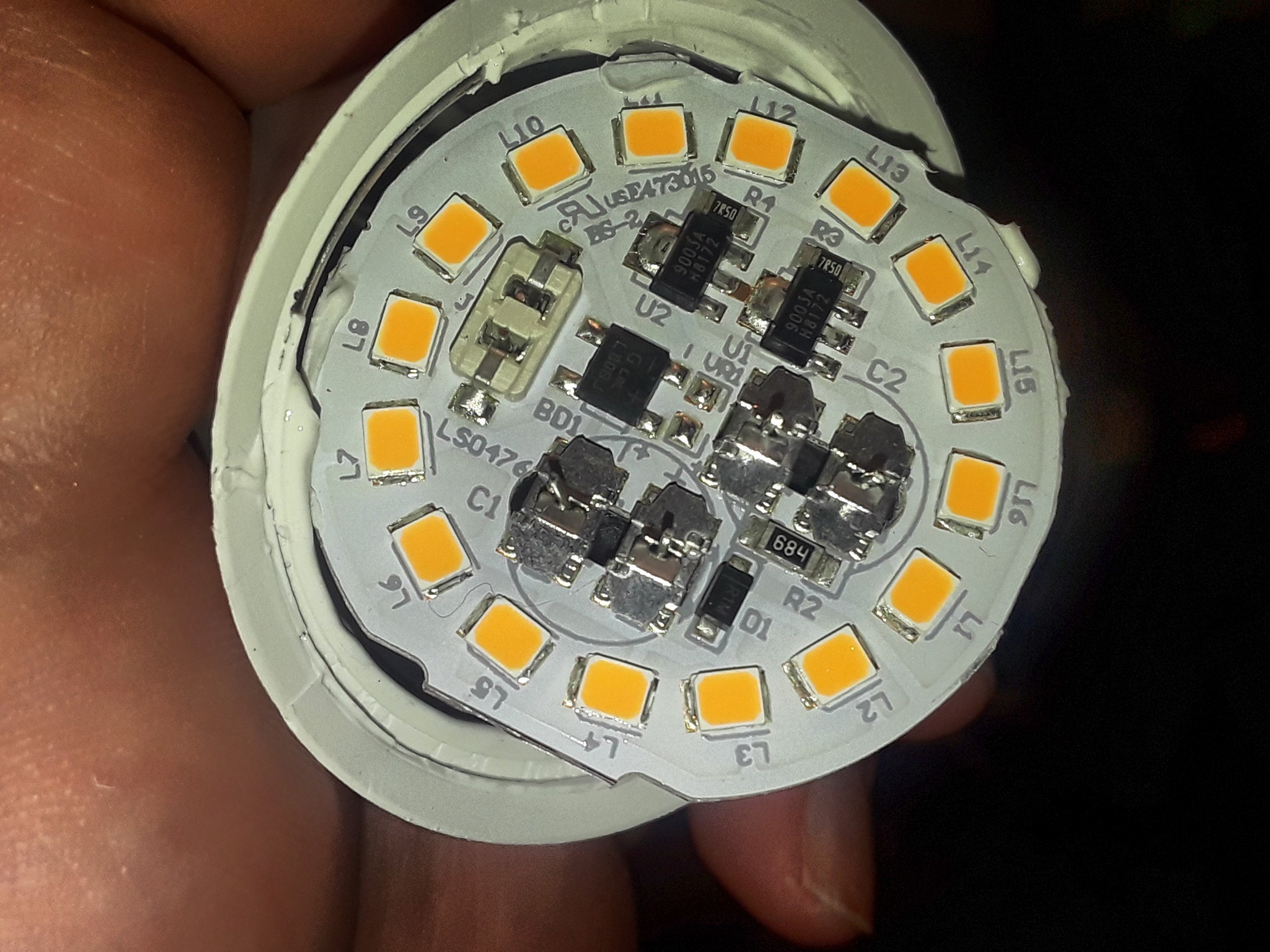 I didn’t get a picture behind but all the bulb needed was for the lead wire to be pressed back into the terminal. I didn’t have the same white silicone goop the thing was assembled with so I just used silicone gasket sealant to stick it back together and returned it to service. 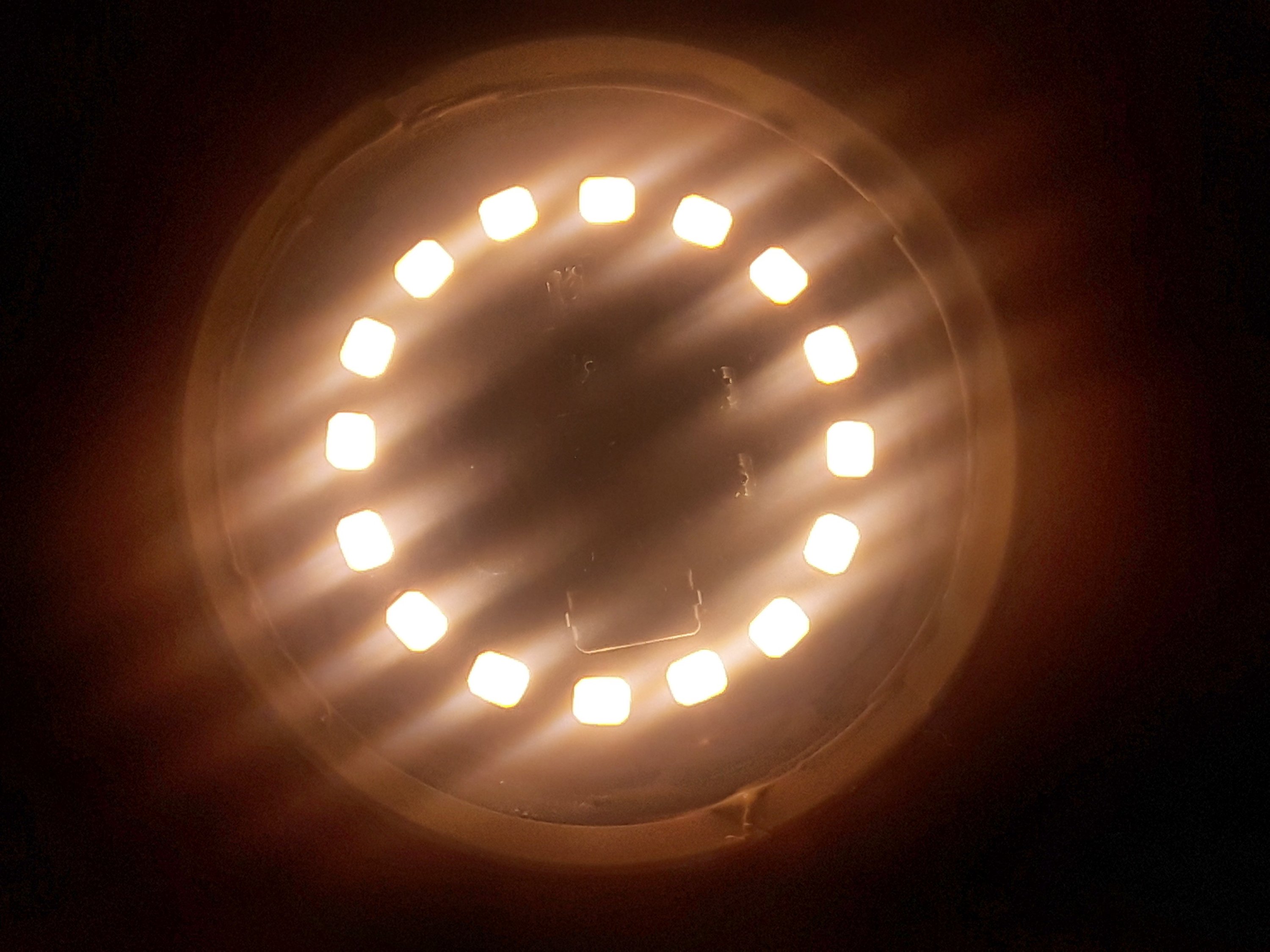 Interestingly this bulb has the metal heatsink cone for a base that I was used to seeing on earlier LED bulbs, it’s just covered in plastic. This kinda implies that their bulb just doesn’t dissipate much as heat and possibly that the metal core circuit board is not acceptably (or not at all) electrically isolated from the AC line voltage to allow it to safely remain exposed.

The old LED bulbs with the huge heatsink fins are noticeably few and far between, after all. They’re getting pretty dang good. Now can we have some build quality??