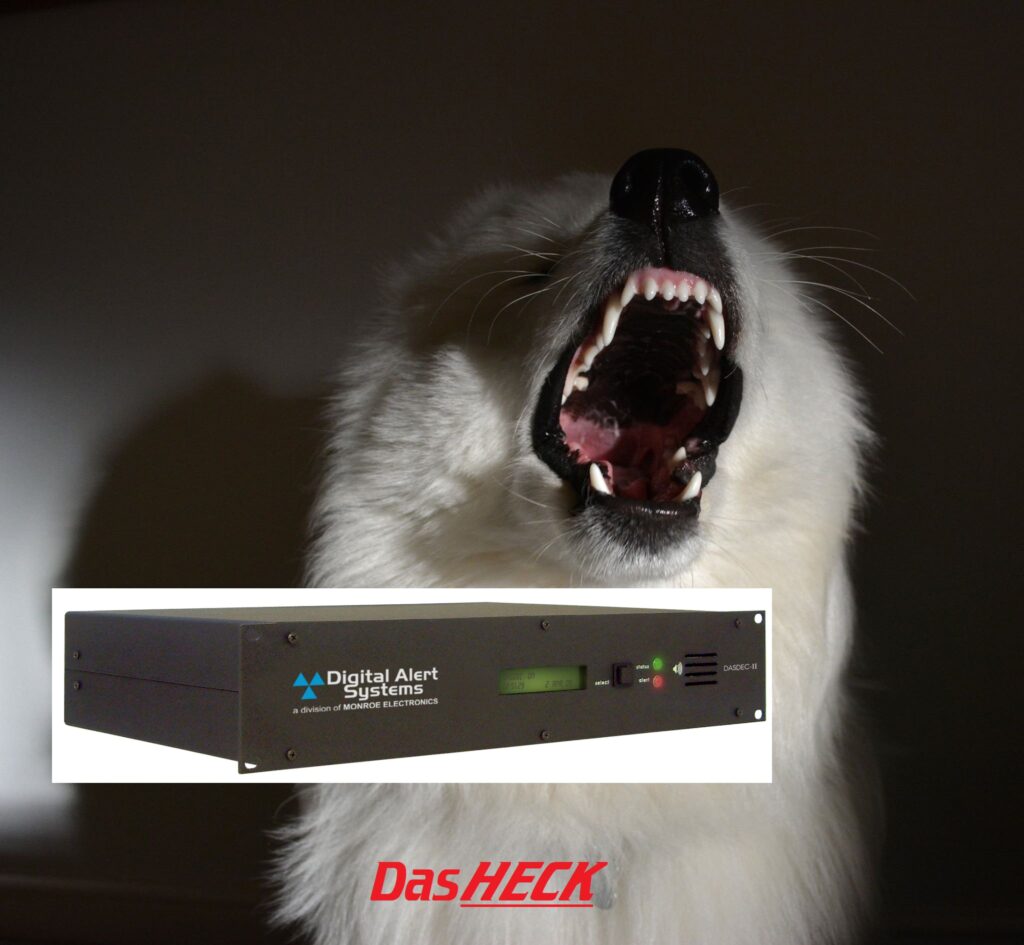 The Monroe Systems / Digital Alert Systems DASDEC is a special sort of wonderfully awful. I mean, it takes the usually wonderfully awful state of existence that is any part of the flawed-ass Emergency Alert System and adds its own layer of questionable toppings. It’s an overly complex Linux based PC with a web interface that looks like something I would have hacked together on an old junked PC barely chugging along with Linux on it in my parents’ living room in 1999, and it’s theoretically “compatible” with a couple of different flavors of video/audio keyers used in TV airchains for inserting text crawls and audio, but that works about as reliably as asking a shoobcloud with selective hearing something other than “would you like to go on a walk”?

I’ve heard of them working just fine and dandy in radio stations where they’re part of a far simpler setup, ie, not a setup dependent on poorly written and tested software (internal to the DASDEC) communicating on poorly written and tested software (yes, yes, I am indeed referring to Evertz keyer firmware, what ELSE would I be talking about here?).

A day in the life. We had to jump through hoops to ensure the thing would successfully air the national test, and it did, but we had to add distribution amps and other things that we shouldn’t have had to add because we had the Monroe “multi player” and I don’t even want to think about this anymore.

I’ll be over here thinking happy thoughts about cloud dogs.