* PICTURE RELATED to my state of mind right now * 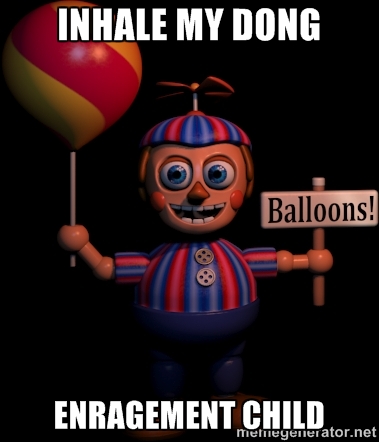 I’m a native of South Florida. I was born and raised here for 32 years, for better or for worse. This morning, however, according to a Polk County police officer and the Florida Highway Patrol, I woke up as a fresh off the boat illegal immigrant from Guatemala with a fake ID.

So a little bit of background on this. This is Memorial Day Weekend. There’s an unofficial South Florida tradition that Memorial Day Weekend and the week following are Urban Beach Week on Miami Beach. During this week, there are a lot of events on the week centered around hip hop and rap music. While these aren’t my cup of tea, usually, I totally respect anyone’s ability to enjoy their culture and music as much as anyone else.

Unfortunately, our local officials (which we MIGHT have elected, but who knows anymore) see the crowd Urban Beach Week brings in as an undesirable, criminal force, just a pure stream of thugs driving stolen cars packed to the gills with drugs, leaving just enough space for a few high powered firearms in the glovebox. Plus, *gasp*, they’re not Caucasian. THE HORROR!

So it didn’t entirely surprise me when I was driving down to work this morning and saw a row of traffic cones squeezing all the traffic on I-95 just north of the Macarthur Causeway exit into one lane, then fanning back out into a police checkpoint. Officers were stopping everyone momentarily and letting them go again, I figured they were checking for proper paperwork so I pulled out my license, registration, and insurance card, and plopped them on the dash ready. When it was my turn, the officer, whose badge identified him as being from Polk County, Florida, but had black electrical tape over the name and badge number. This seems, sadly, to be VERY COMMON practice when officers are brought in from out of the area. It originated as a liability limiting and intimidating measure with the Miami Model we’re… uhhh… so proud of. So very proud of. So very proud—

The officer takes one look at my ID and says “Please show me your actual ID, or are you fresh off the boat?”

At this point I was both furious and a bit nervous. I told him to request backup and have it verified, because, well… it’s a real Florida state driver’s license. It may not be REAL ID act compliant but that’s because it predated REAL ID and I haven’t gone through the process of updating it yet. It’s still legally valid in Florida as proof of identity, as a driver’s license, and works for everything except getting past airport security and into certain U.S. government facilities.

The lack of the REAL ID star in the corner wasn’t what bothered him, though, it was that the print is blurry.

Here’s the thing. The Florida Department of Motor Vehicles uses these shitty old Datacard printers to produce our IDs and driver’s licenses. These printers are never cleaned, maintained, or calibrated, and they’re run until they just plain die outright in a cloud of foul smoke (it happened right in front of me when I got my first driver’s license!). On mine, there’s both a C/M/Y/K print registration problem, likely due to worn feed rollers and/or guides, and the print is kind of light and foggy looking due to a temperature calibration problem.

But it’s the real thing. That’s the important part.

This officer, however, refused for almost 15 minutes to actually radio in the info from my ID for verification or do anything useful like calling over another officer as I was repeatedly and politely asking him to do. Instead he kept going on about how much trouble I was in for using a fake ID and asking me how I snuck in from Guatemala and telling me how INS would probably keep me in jail for months before finally sending me back.

FINALLY, another officer came over to see why he was holding up his line so badly, scanned the barcode on my ID with a PDA of some sort, looked at my license plate and VIN number, and told me everything was good. I explained to him what the other officer was doing and… he just laughed it off.

To say this left me shaken is an understatement; now I’m kind of worried I’m going to face this kind of bullshit consistently throughout the week. Thankfully it’s only on weekends that I actually drive all the way in to work… for the week I usually use public transit, and buses don’t get stopped at the checkpoints.

Because, you know, no criminal element ever takes the bus. They all take stolen cars.

There’s a lot being said now about the public’s growing distrust in law enforcement….. here’s another story in the mix. Le sigh….

I kind of wish I’d filmed the whole thing in retrospect, but I’m really nervous that someone who isn’t even willing to stop a moment and verify a perfectly legal Florida ID as proof of valid US citizenship would also treat being recorded as a severe offense.