So I figured if I’m gonna rant about stupid construction, I might as well also mention how not to run a facility air conditioning system.

A chiller is essentially a giant version of what’s inside a drinking fountain. It sucks heat out of water and kicks it into the air (usually, but not always… I’ve seen one that heated a swimming pool!)

Or in this case, it does fuckall nothing. 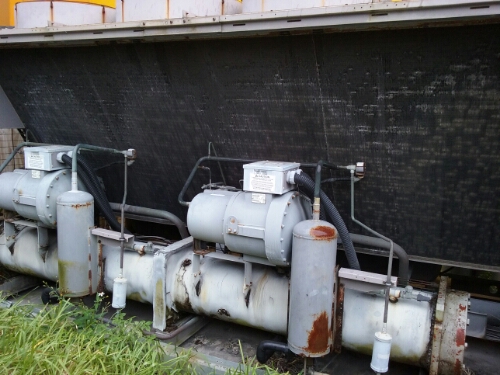 That’s the unit, installed outdoors. The long insulated weinerschnitzel on the bottom is the heat exchanger that circulates water around the evaporator coil of the sealed refrigerant system. This one uses, or used, R-134A. I wonder if it’s all still in there? The two devices on top are a pair of compressors. 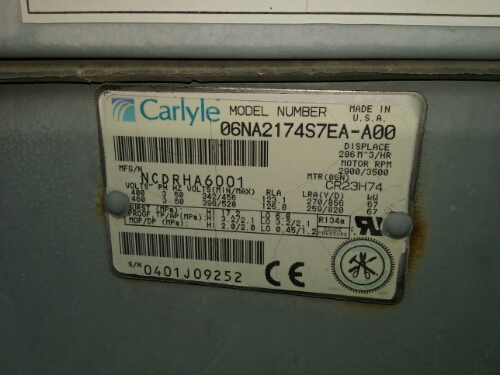 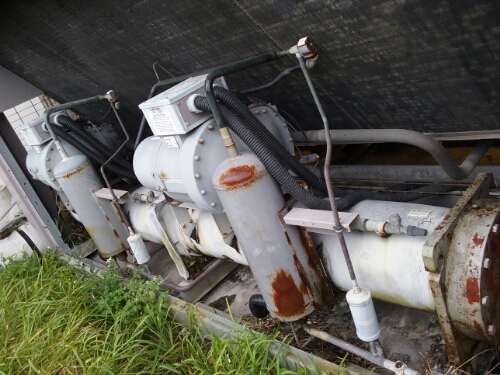 Large refrigeration compressors like this require an external lubrication system to keep them happy. These are no exception. There are an external oil pump and filter, much like in a racing engine. 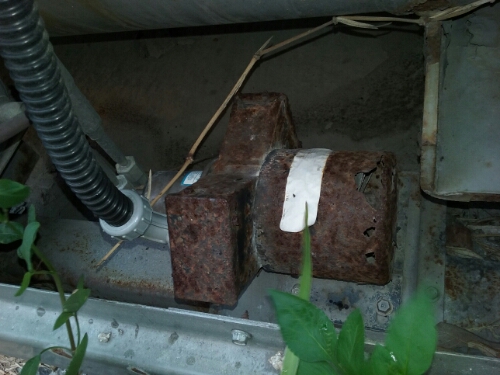 Gee I wonder why we had compressor failures?

I also wonder why the control system didn’t stop the compressors upon oil feed problems? 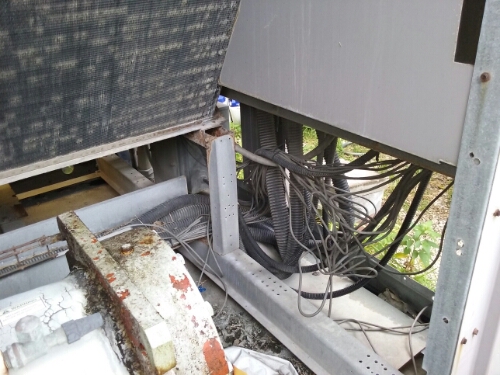 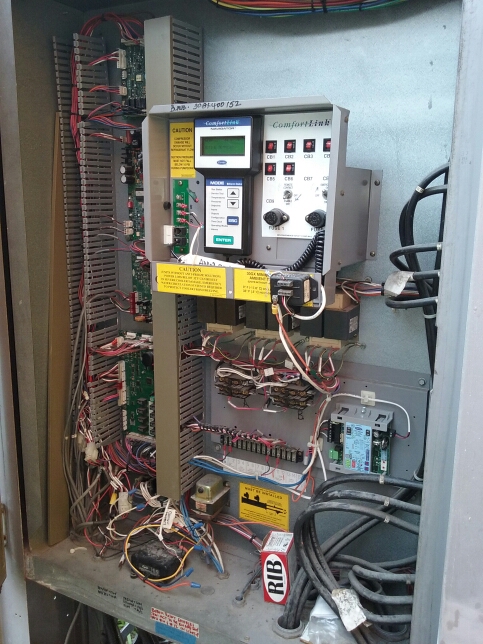 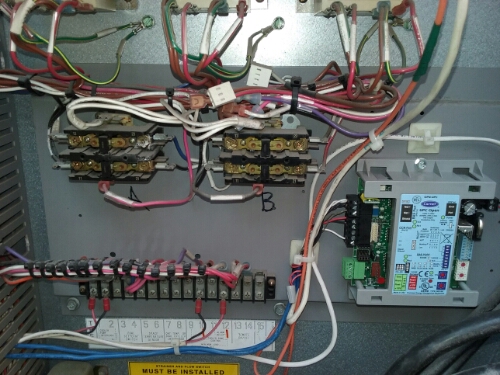 I wonder if high head pressure due to condenser coil problems could have contributed? 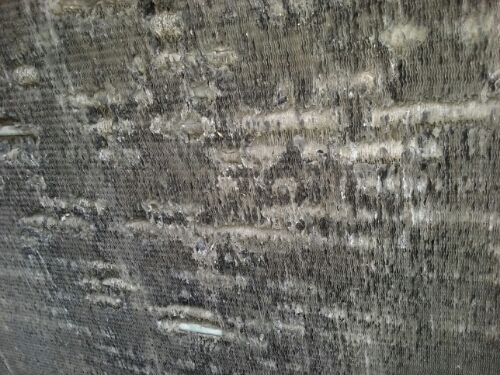 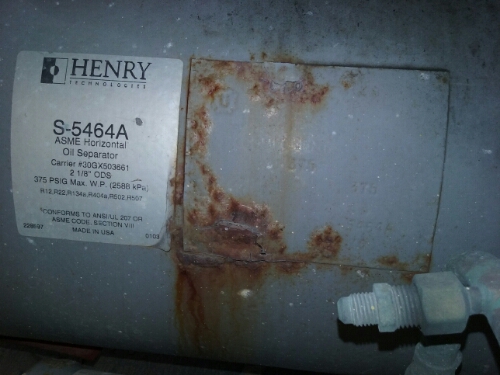 No chance that could ever rust out and vent the oil and refrigerant.

Amazingly this manages to fweedle out some little bit of cold water, sufficient to ice dam a debris blocked coil before it was taken down for cleaning. On a 92 degree day with a capacity crowd in the building. With stinky alkaline cleaner…

The parts inside have been updated quite a bit with better circulation pumps and air handler motors and controls, but there’s only so far putting lipstick on a pig will go…. before the silly piggums eats the lipstick tube. 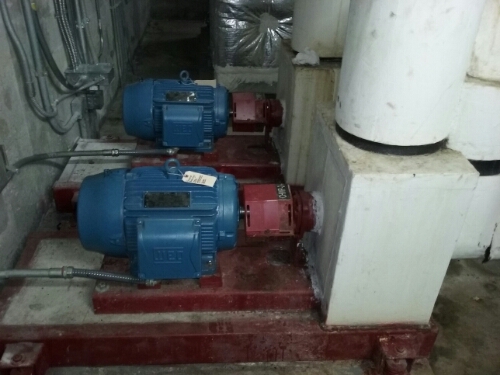 The usual grungy yackage that accumulates around every chilled water pump I’ve ever seen is present, but not excessive. 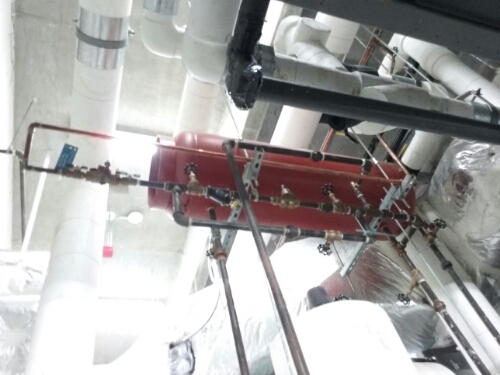 No idea what I’m looking at there. Expansion tank? Our system does not have compressed air for damper controls, that’s all electric. 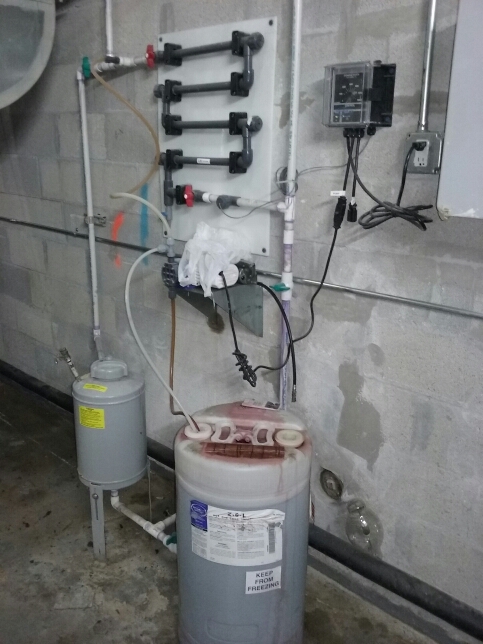 Whatever you’re doing over there, keep up the good work…?

Currently I think the system is down to two of four compressors and replacement of the chillers is planned. It’s just hard to fathom why it was allowed to get this gross. 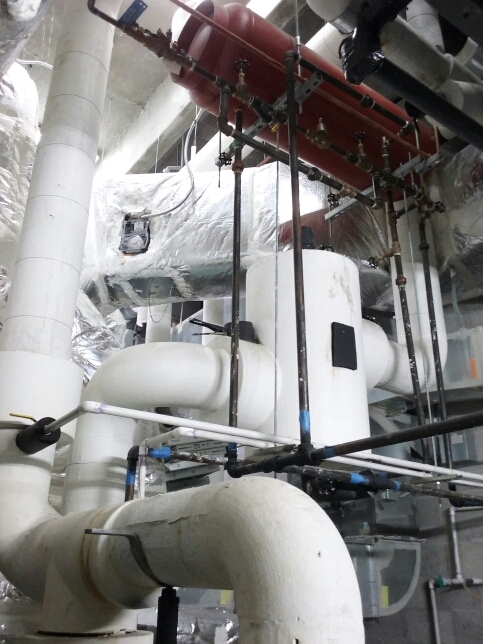 Best wishes to whoever draws the short straw and has to squeeze the ladder in there.