We were only serious about that whole “plumbing repairs” bit. This is your requisite “broadcast engineer fixed the toilet” story.

Two potties, five radio stations, and one stopped refilling at 6 PM on a Thursday. Luckily I had a Korky valve replacement kit in my cabinet waiting for this moment (but why? who thought to put it there?). 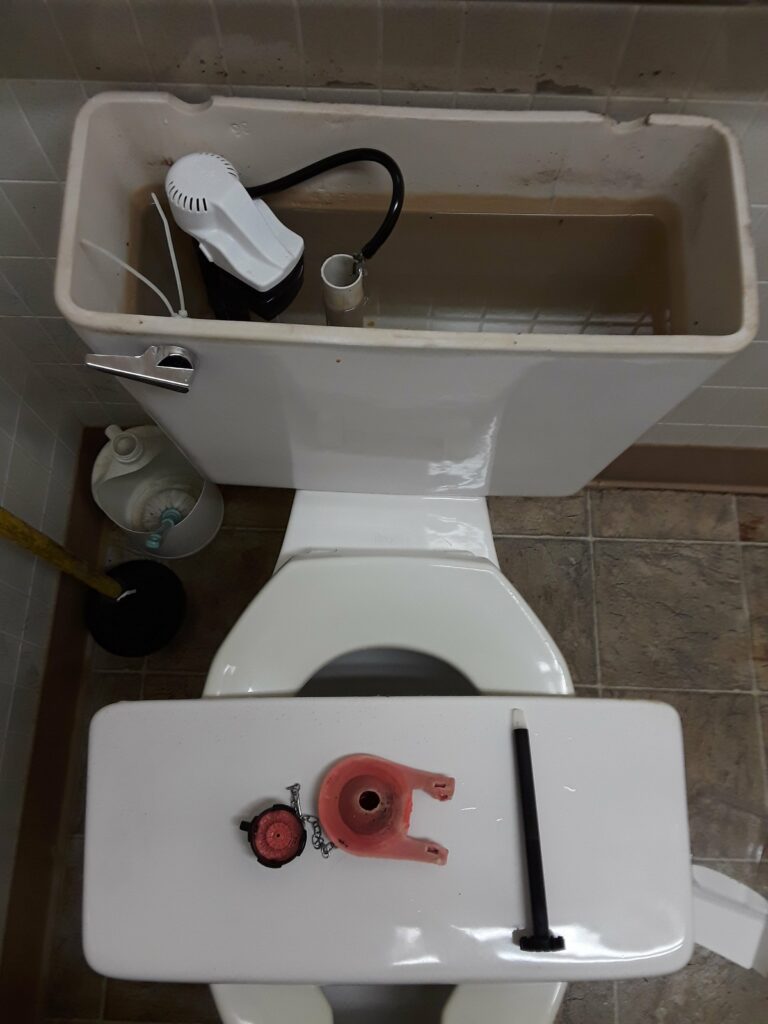 Playing with the new valve in the kit before I installed it, I discovered that you can easily disassemble it from the top. Remove the bowl refill tube. Pull that white cap straight up, revealing the float mechanism. Squeeze the tabs on the side of the float to release it, then twist the round cap assembly that’s below the float. The whole thing will come up revealing the valve seat which is the top of that tall plastic mushroom. You can pull that whole thing out vertically. By just replacing all of those parts with the parts from the new valve, I changed all the rubber parts of the unit out in about two minutes flat… which is good as the shutoff on the wall doesn’t work and I had to cut the water to the whole building to do it.

They aren’t kidding about “Quiet Fill” — a plastic baffle inside the inlet tube makes the whole thing inaudible to the point where it’s actually a little hard to tell it’s working unless you observe the water rising in the tank.

Now, if only I could do something about that cheezy fake tile paneling that’s falling apart back there. Ew, tacky.