I was at Surplus Stuff and they had two of these Hexem E-I-R meters. They’re beautiful multimeters that were introduced by Belleville-Hexem of Los Gatos, California around 1958.

Google it if you wish but you’ll only find tiny blurbs where it was advertised in a few trade magazines from 1958-1960, and it was recommended by Systron-Donner to calibrate an early chopper stabilized instrumentation amplifier. 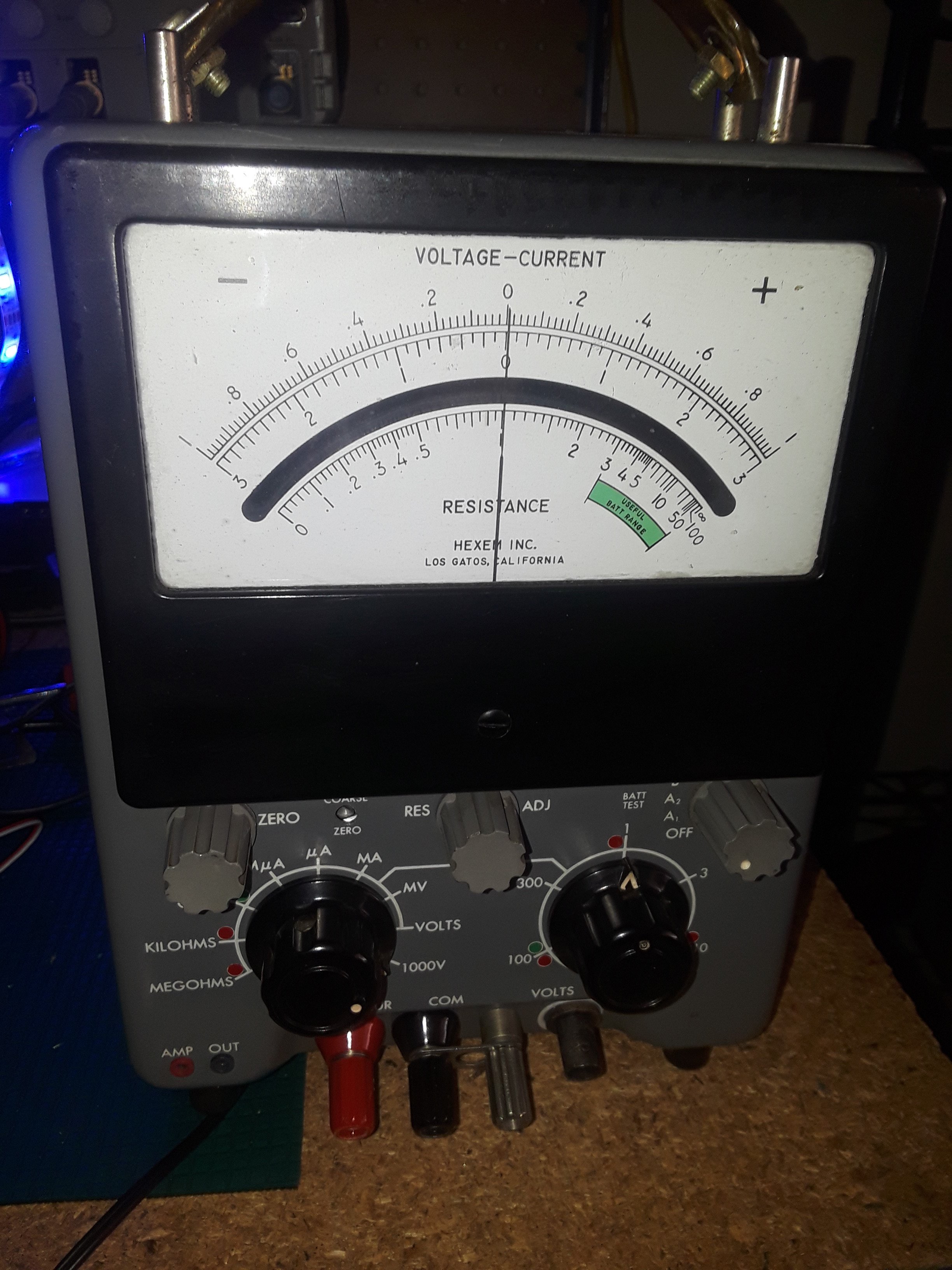 Hexem also advertised an “incremental” meter that sounds in concept like a differential voltmeter. This one’s interesting in that it can measure some very high resistances. 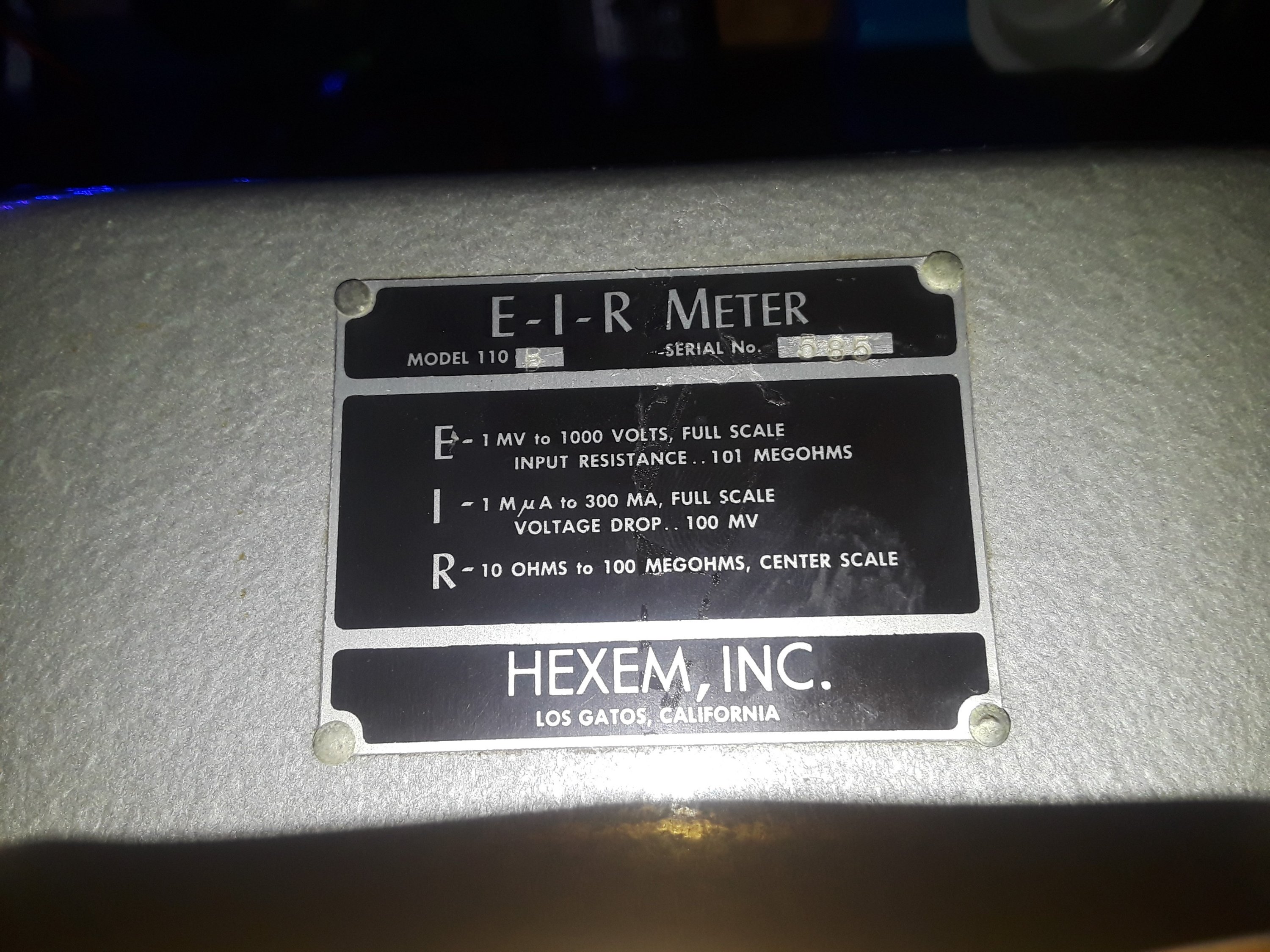 And now, we take out two screws in the back and go to look for what batteries it needs. I’m guessing maybe a D and a B (45 volt). Okay, the beautifully built steel case comes apart aaaaaaand 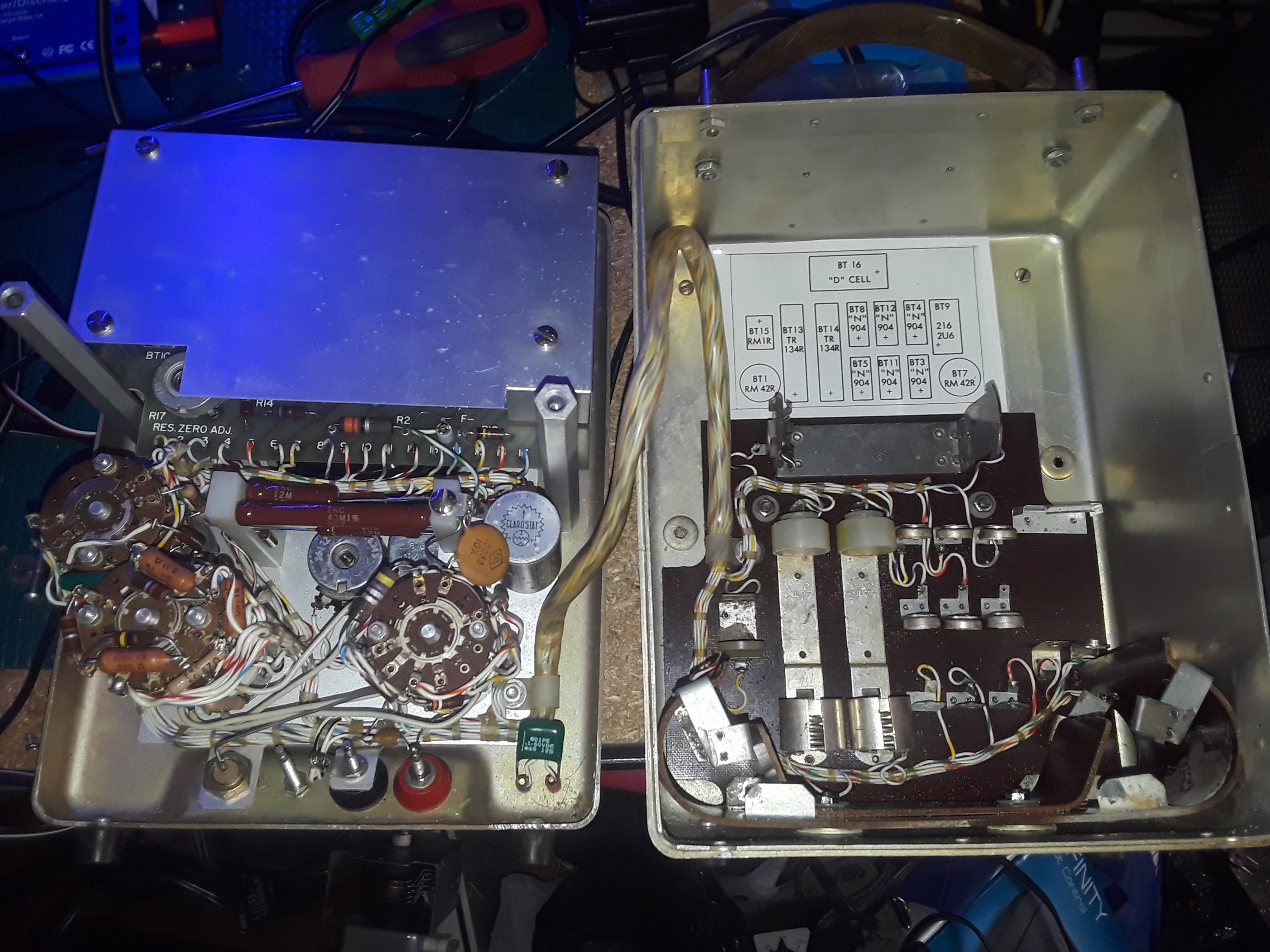 What have I done?!

I’m questioning some of my choices in life about now 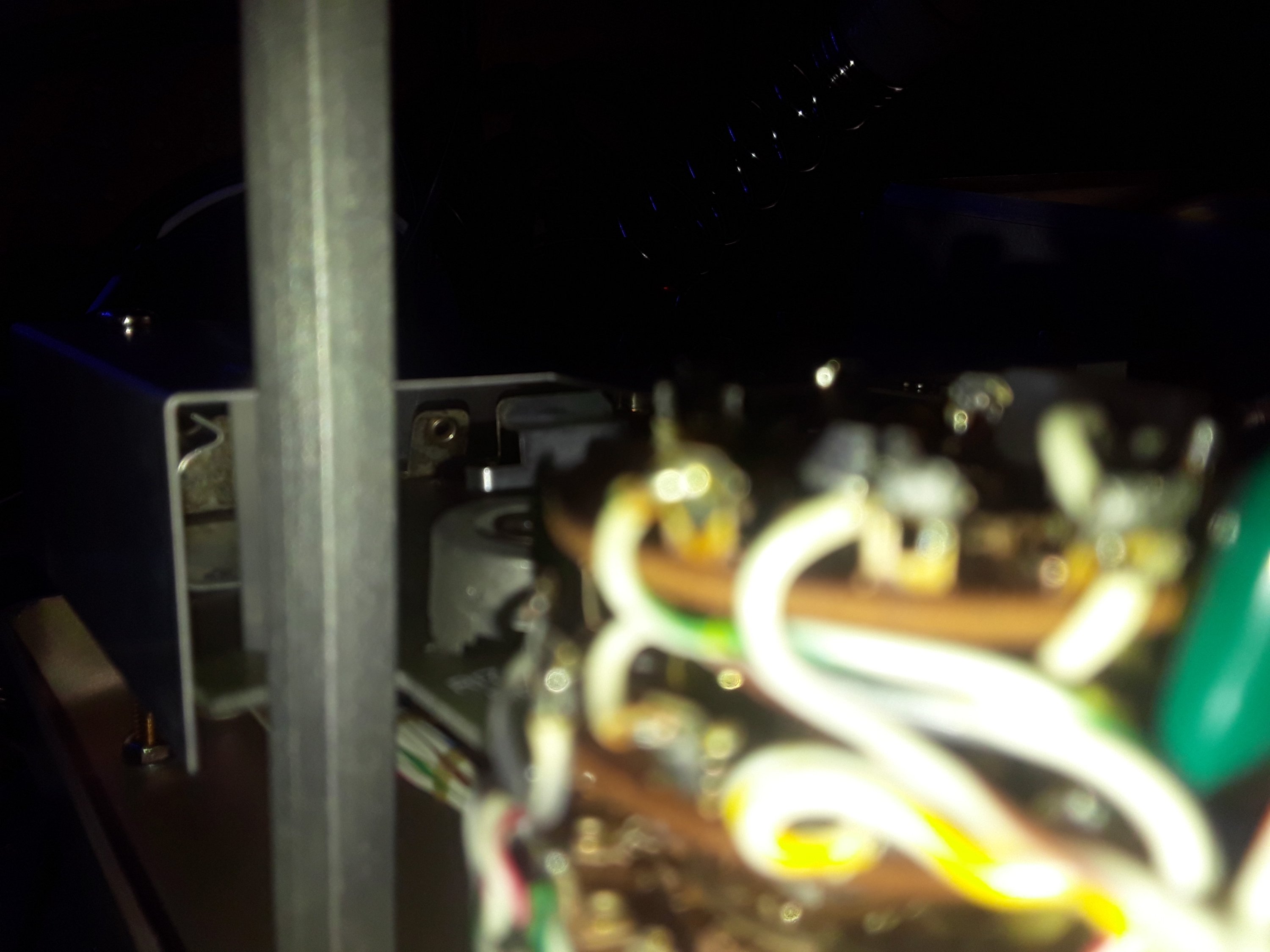 There are more battery holders hidden under the shield here?! 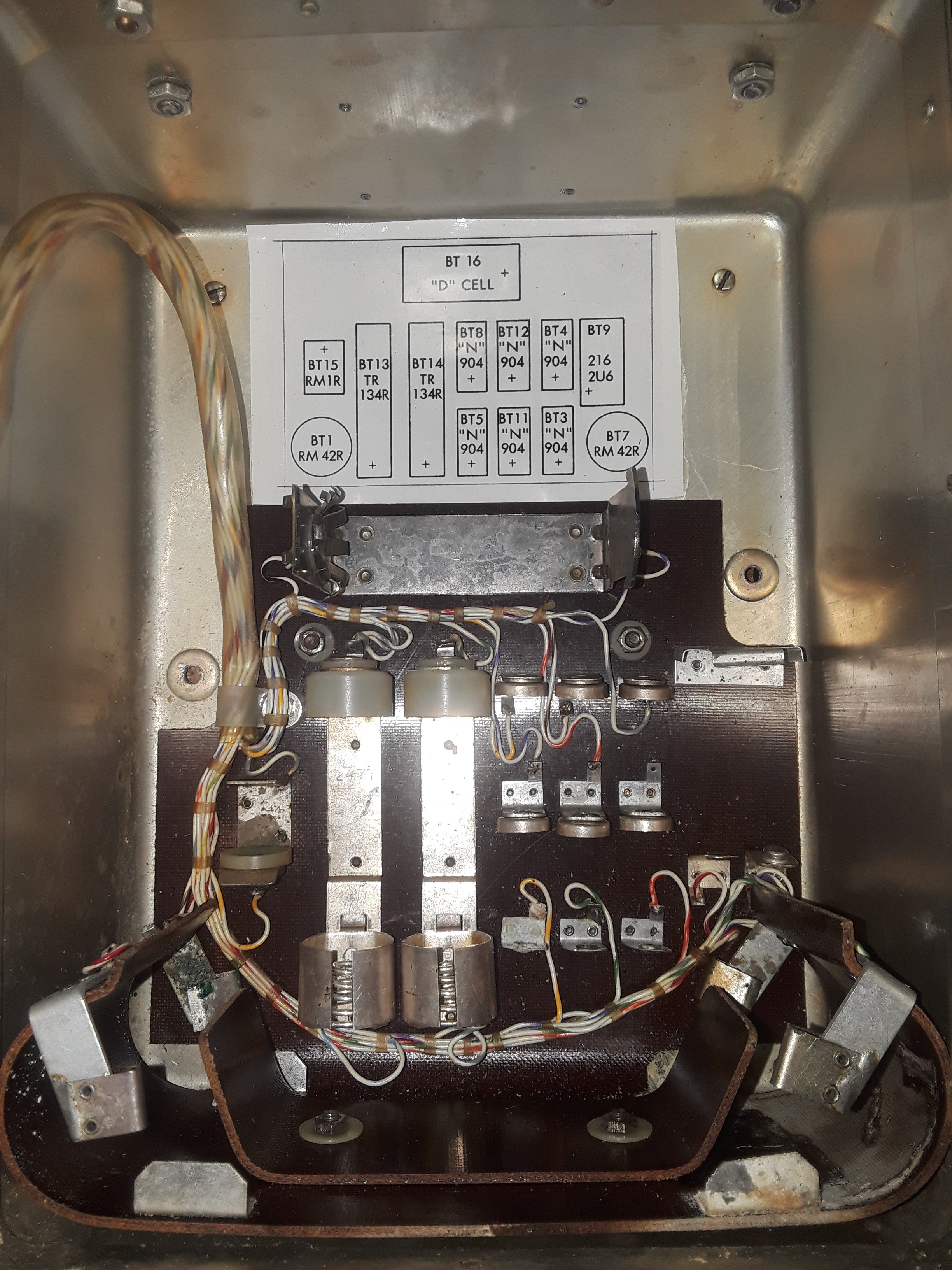 Mercury batteries were common in measurement applications through the 1960s as they provided good life and very stable voltage over their lifespan. Of course, they create an toxic ecological disaster and have fallen from use. They’re common in early camera light meters, in which case they can be directly substituted for a zinc-air hearing aid battery with no recalibration required (the change in reading is less than 1/3 f/ stop, which is less than the adjustment steps on any film camera I’ve ever seen!)

The two batteries down in the weird saddle holder would have definitely been LARGE 1.34v mercury cells.

Meanwhile the two common ones are the D cell and the 9v at upper right. Yes I checked the cross reference. The tall cylindrical cells are 6v and N are small alkalines.

This is ridiculous and beautiful and I’m not sure if I’m going to bother acquiring several pounds of uncommon batteries to use it. Uhhhhhhh 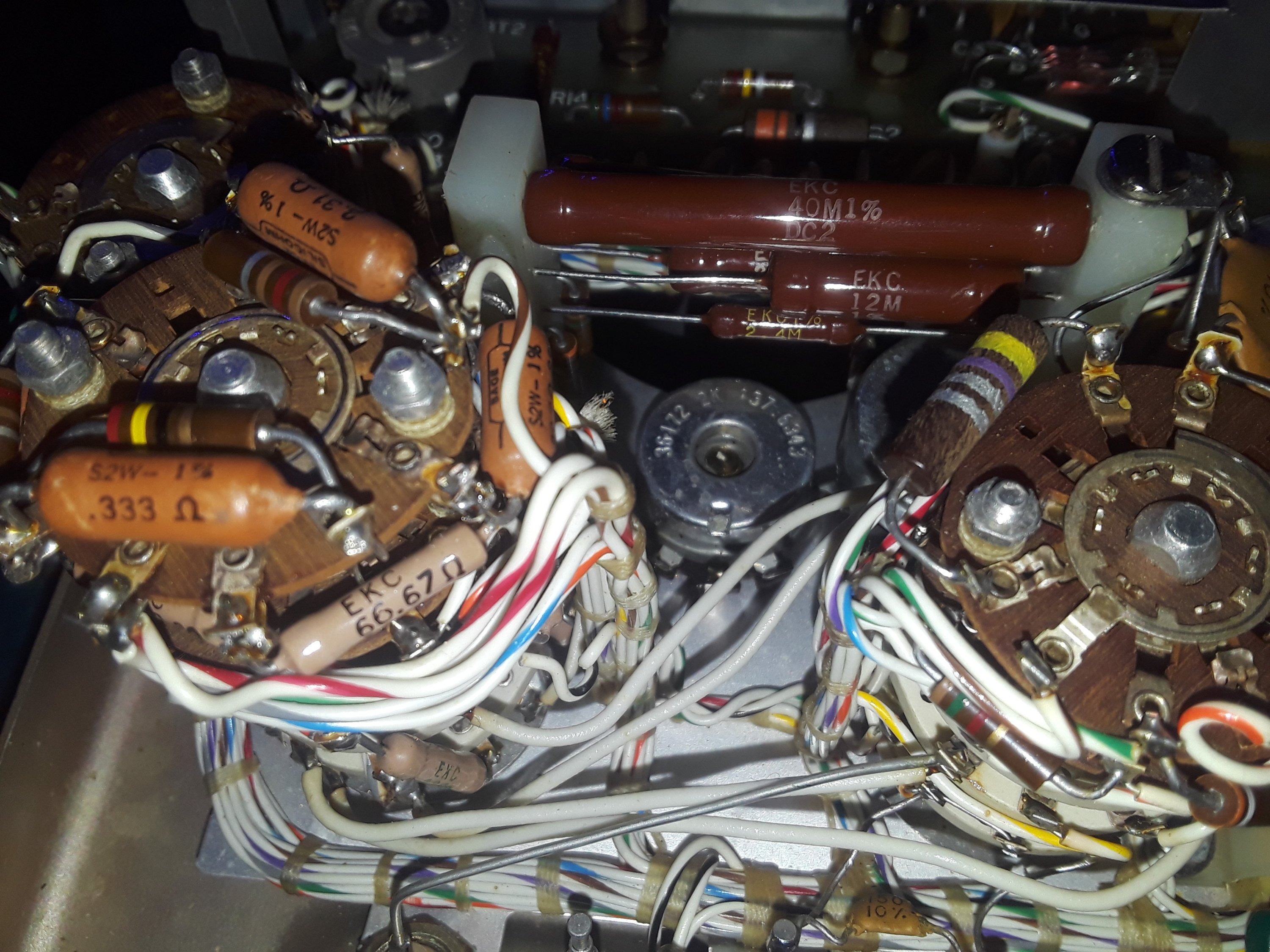