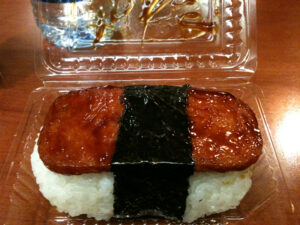 Boy, the clickbait “news” sites are thick as a brick nowadays. So you see a link, or maybe even clicked it – how can you tell if it’s clickbait garbage or not?

First off, take a look for the story they’re talking about by searching via Google News. Look to see if the same subject comes up in a well established source such as the New York Times, Reuters, Washington Post, etc. Huffington Post kinda doesn’t count that much anymore, sadly.

But second, well, visit the link with uBlock Origin installed and active on your browser and see what happens. Do you get bombarded with prompts asking you to disable ad blocking and/or turn on desktop notifications for that site? Yeeeah—- chances are good you’ve found bullshit clickbait. Well, unless you’ve gone to Forbes, but that’s malware spewing bullshit of a different stench. Actually, I primarily run uBlock to protect against malvertising– I don’t really mind ads so much as long as they don’t block the page content or require interaction to get them out of the way first, but the ad networks have allowed sponsors to abuse the privilege of injecting active content for years. Oh how great were the days when ads could only be a 468×60 pixel jpeg or gif??

Look at the article. Sometimes you can actually, once in a blue moon, find a good reliable source cited in clickbait, then sometimes laugh as it contradicts the clickbait article you found it from. More often than not it’ll just lead you to some cesspool like Alternet though.

And then other times you’ll find something that looks so bloody insane that you think it HAS to be clickbait and then you find it proven true by Reuters, BBC, NPR, PBS, NBC, Fox, CBS, CNN, and official White House press releases, and you lose a good chunk of your faith in humanity…. oh wait, that’s just the last week or so… and the next four years… nevermind