The past inside the present…

A revisit to the sandy shitboi… 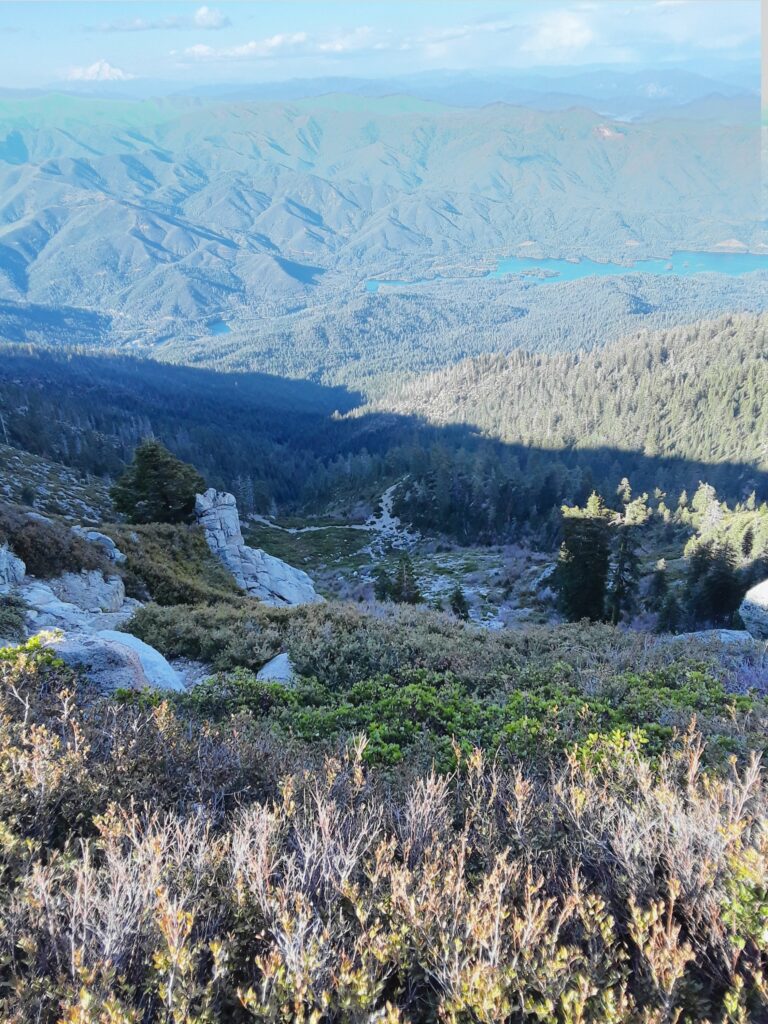 I was really anxious about the idea of being up on top of Shasta Bally in the dark. Turns out that if you’re up there late, you’re just treated to an amazing sunset, an interesting skyline view of Redding and Red Bluff, and…. 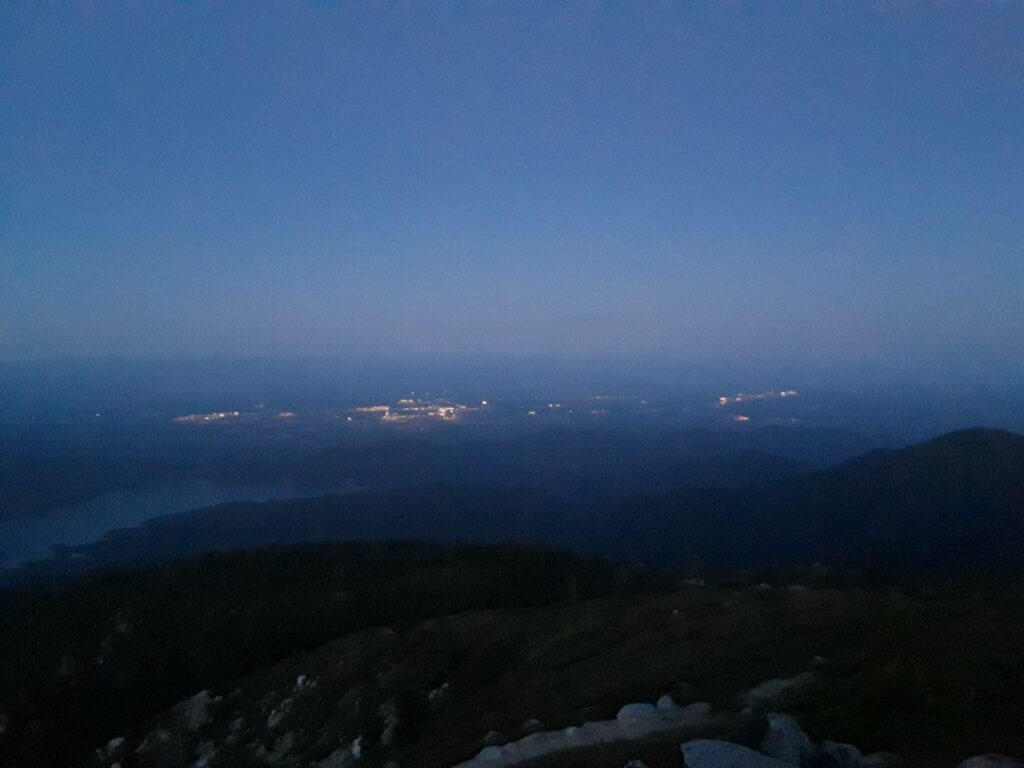 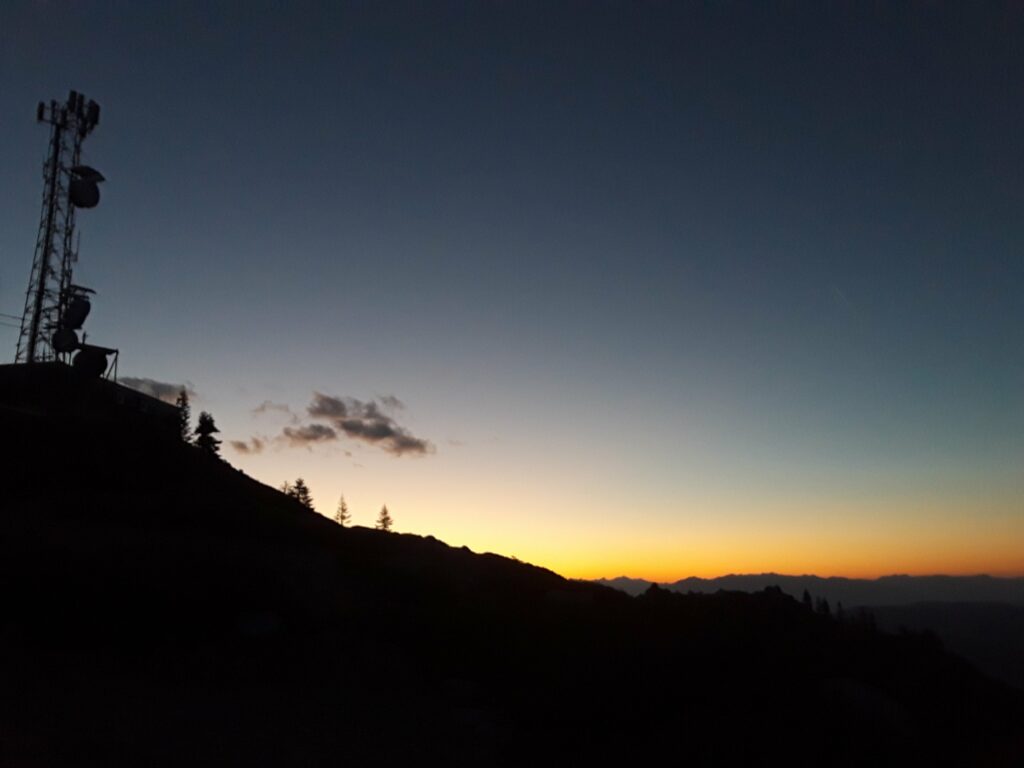 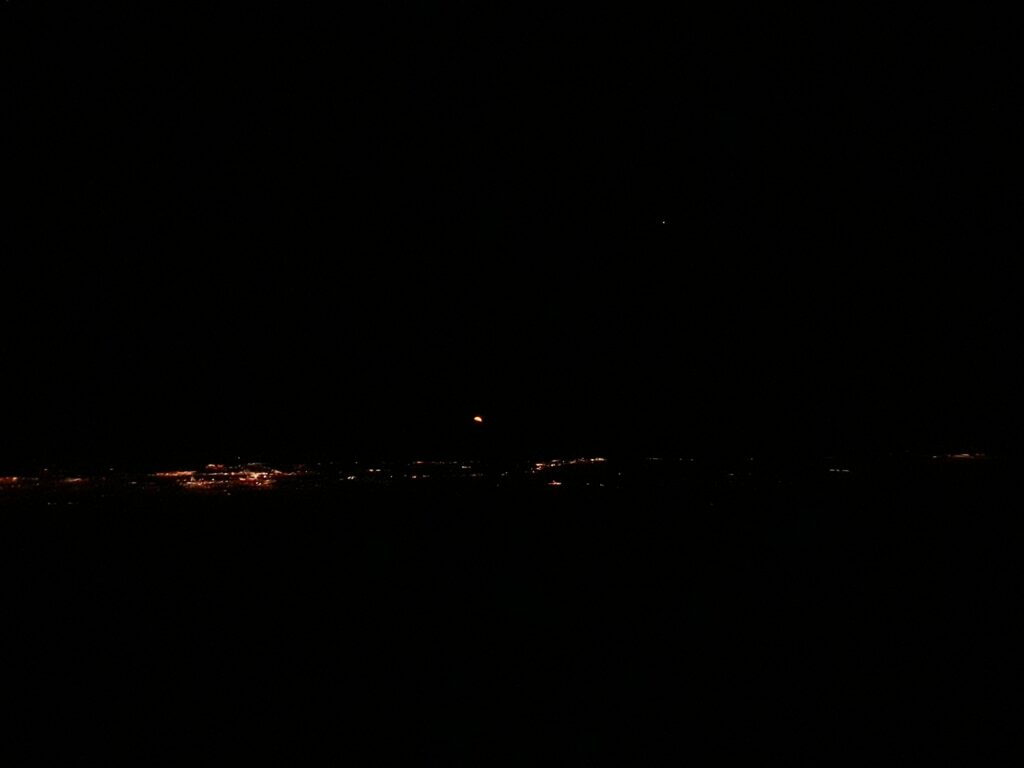 Well, by day, you can’t see shit on that road because there’s always a sharp turn or hill in the road like every 30 feet.

By day you can’t see shit on that road because there’s always a sharp turn or hill in the road every 30 feet, but it’s perfectly illuminated by your headlights.

So I suspected exciter drama may have been occurring with the transmitter up there and brought up my equipment and TWO spare QEI 675 exciters. Both had worked on the bench and were set to the proper frequency.

At one point early in the week I’d heard the station appearing on THREE frequencies at once – one was 1 mhz down with distorted audio, one was where it belonged, and the other was 1 mhz up with low modulation. My response was pretty much to immediately dive for the remote and slam it onto the small backup TX until I could get up there.

I arrived up there at the summit aaaaaand….

No lock. No output. All they do is get warm and take up space. I’ve officially given up on these little shits.

So I connected the Continental exciter to my dummy load and spectrum analyzer, and what appeared was like the silhouette of someone flipping me the bird. I cracked up laughing but by the time I got my phone out to take a photo of this on the analyzer screen, the spurs faded away. Damn! Next time I’m hitting trace hold. 😀

My boss suggested to me that it might have been the linear regulator pass transistor for the exciter’s power amplifier going into oscillation, and all signs point to this being the case. The transistor is a power Darlington and there’s no capacitor near it between the base and emitter. Having given up on the QEIs, I stole a ceramic disc cap out of one and put it across the base and emitter of this one. It came up clean and happy. M. W. Persons documented having run into this on another exciter as well with the same fix.

I want to perform the other fix to reduce dissipation across that transistor as he has on his site. Note the capacitor hand drawn into the schematic on this page as well. That’s what I added to stop the spew. I’m thinking of either getting the big power resistor or just putting an off-the-shelf buck converter board in there to prescale the voltage down — if memory serves me correctly the exciter’s power amplifier unit gets about 12 volts DC when it’s running at 10W or so to drive the 816R transmitter.

My hands are sore, I wonder why?

In the end… the shelf position I came up with was nowhere near where these divots were in the cavity wall. 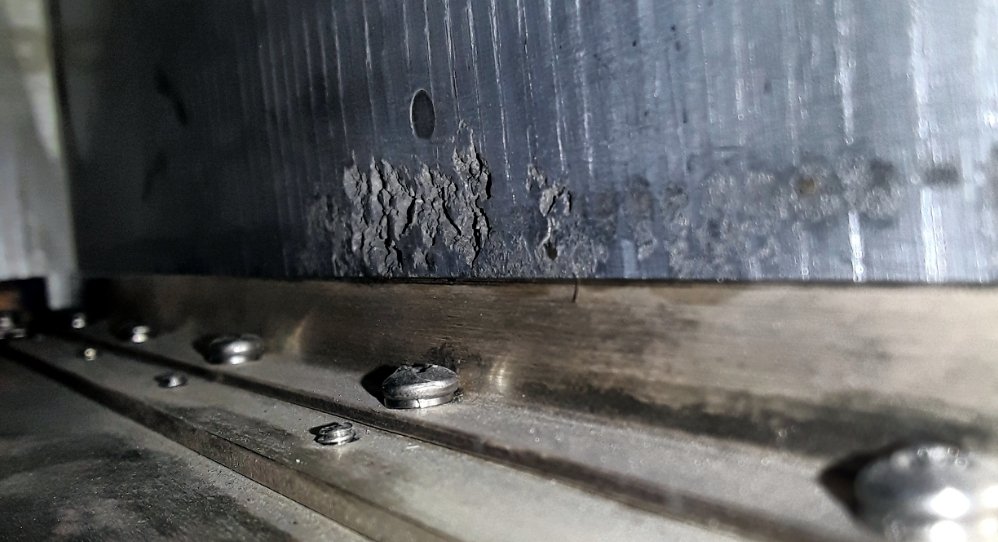 This makes me wonder if those divots occurred as a result of the transmitter running with the shelf in the wrong position and creating a high circulating current right there. Who knows… 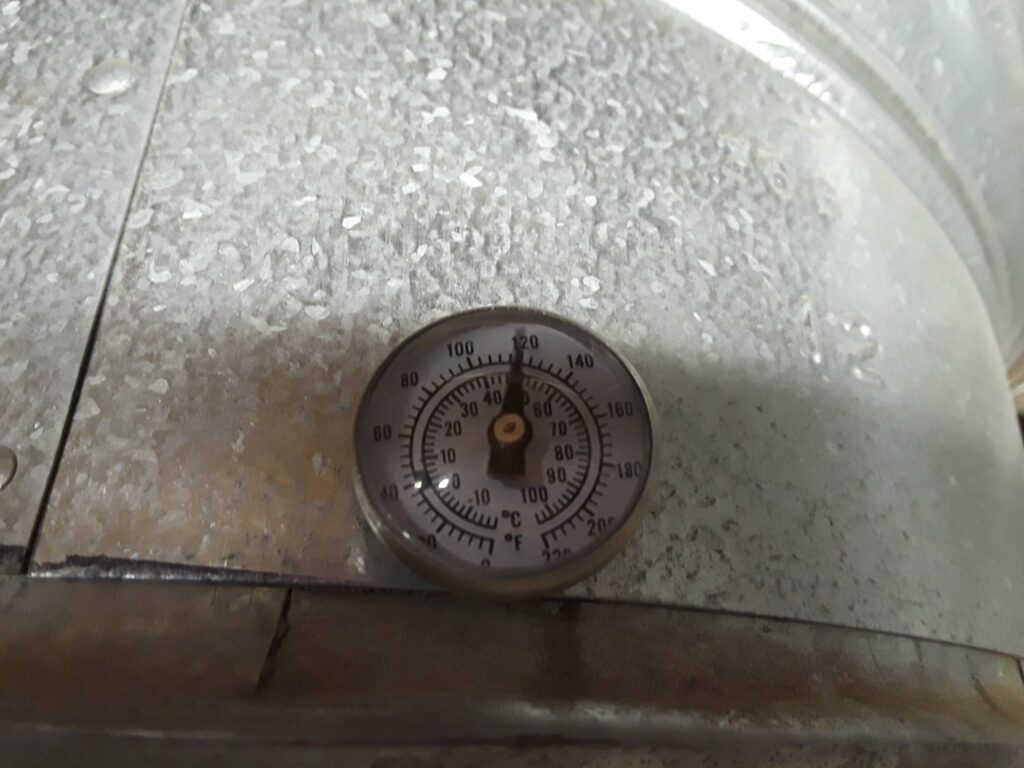 Stack temperature’s good, and none of the voltage / current meters double as a modulation meter, I think we’re good here!! 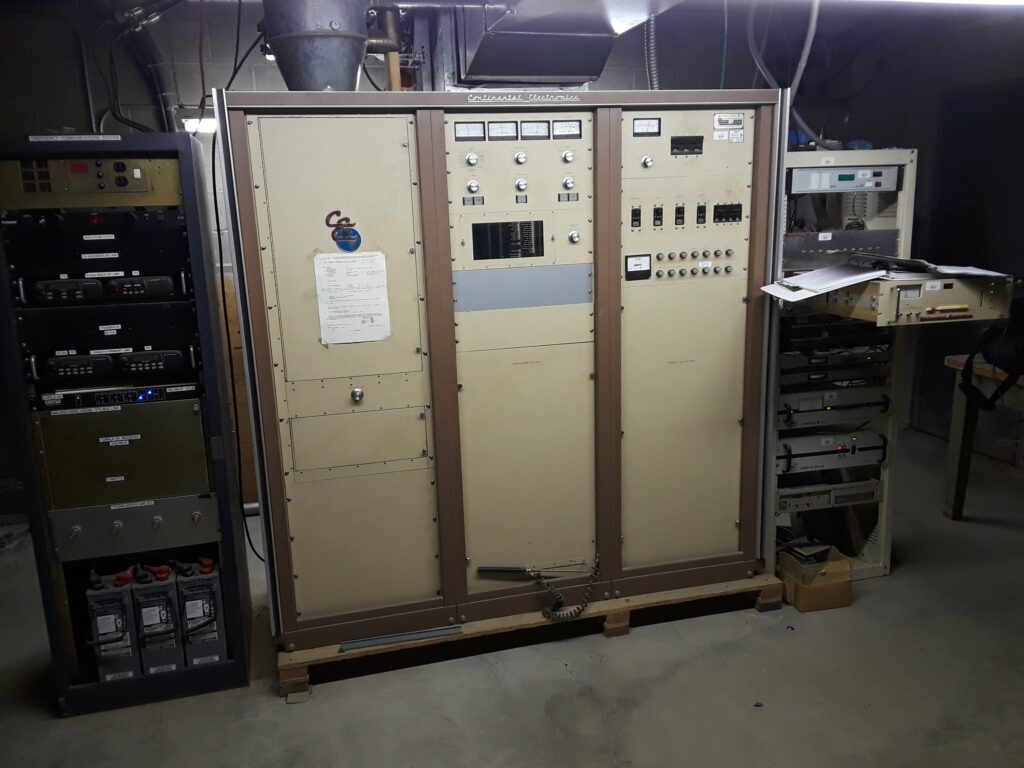 On a future visit I’d also like to get with the guys from CARLA about their repeater, to the left of the Continental here— it’s got low RF output with a weird noise modulated onto it, and now that I can get to the site… yeah.

I got the transmitter all tuned up and thought about taking the time to do a bit more cleaning around the PA and IPA cavities, but a gust of wind blew a slight flurry of snow into the room and I determined it to be time to GET THE HELL OFF THAT MOUNTAIN. 😀

Stumbling back into the studios at almost midnight, I threw all the tools and everything into a box, and the QEI exciters in a heap in the back of the closet, hopefully never to be seen again until E-waste day…. we have success…!