Sometimes your gear just needs a good power wash with spot-free rinse and tri-color foaming wax. I didn’t have this handy so an ENTIRE CAN of CRC QD went to cleaning this poor old transmitter up. It lost about two pounds in the process and there’s a red mudpuddle in the parking lot where the runoff landed and evaporated. 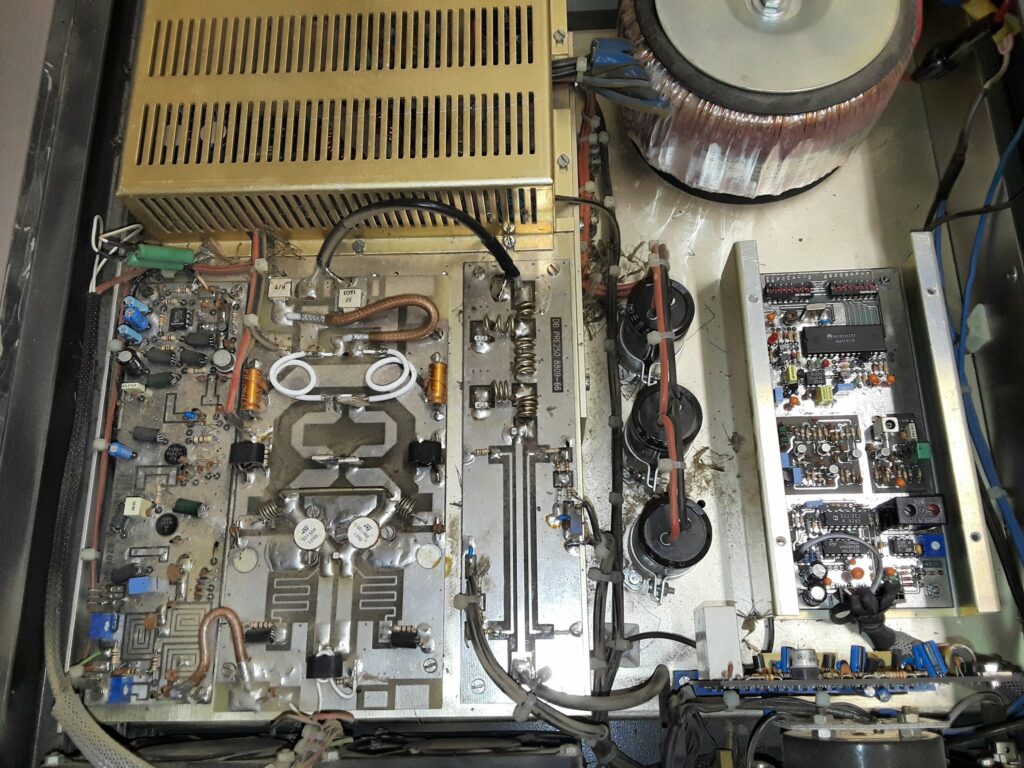 Washed the voltage regulator cover right off! Heehee. First time I’ve seen one of those Sanken STR series voltage regulator units before. It looks similar to the STK series audio amplifiers that wound up in a lot of low and mid range BPC* audio amplifiers, usually accompanied by a muddy, dark, IMD-plagued tone. I kinda expected to find that this regulator which powers the 250 watt PA section is of adjustable voltage and that varies the transmitter power output, but no! The output control takes place on the intermediate power amplifier card (IPA) to the right. This may mean that the amplifier isn’t very stable at low power output levels, and may explain why an identical unit I have in service that’s turned down to like ten watts tends to act stupid. Oopsie noodles??!!