1. I was asked to see what would be needed to put my cluster’s MARTI UHF remote radios back in service.

2. I saw on Facebook that someone got a tattoo of a lineart interpretation of the fucking Loss meme.

Why. why would you do either one of those things to yourself? Using the MARTI for a remote broadcast sucks but having a shit meme tattooed on yourself is just amazingly dumb.

Tattoos are a piece of art, both ephemeral and long lasting, that one displays upon their body. The loss meme is just awful. It’ll be forgotten as all your base in a few years and yet. Well…. can you imagine trying to explain this shit in like ten years? Pictured, the original comic panel and a similar lineart interpretation of loss. 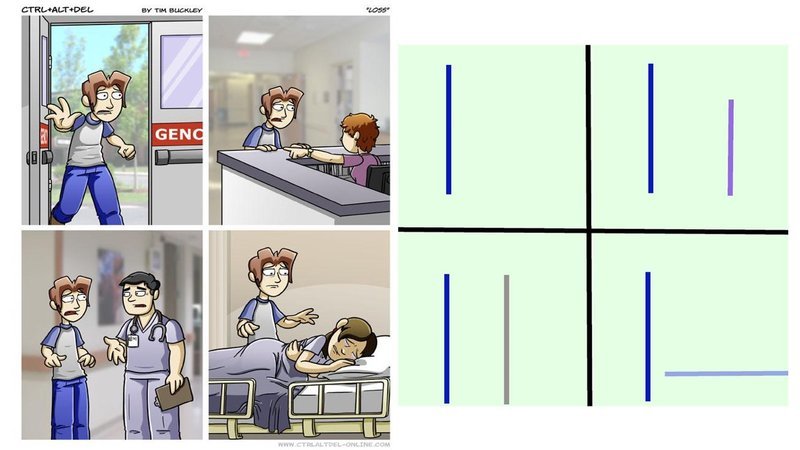 I dunno, loss.jpg will still probably be better than setting up that will-burt mast and antenna only to find you’re cockblocked by having no line of sight and a Fresnel zone situation… I doubt the plan is to use that dino-radio often.