I should not have to be repeatedly giving attention to the innards of HVAC chillers, but here I am because everything fucking sucks significant amounts of elephant pisstube.

It’s hot and the air is barbecued toxic shit outside so I’m not going to bother taking exterior pictures of the chiller in question, but here’s its story.

It started out life as a perfectly fine York unit with four Copeland Scroll compressors, four inverted A-frame coils, and six axial fans on top to suck the hot air out after it’s moved across them.

Then someone decided, hey, Turbocor compressors are pretty boss, let’s swap it over to one of those. Okay.

Hey, let’s also try to give it variable speed fans, based on…. uhhhhhhh… 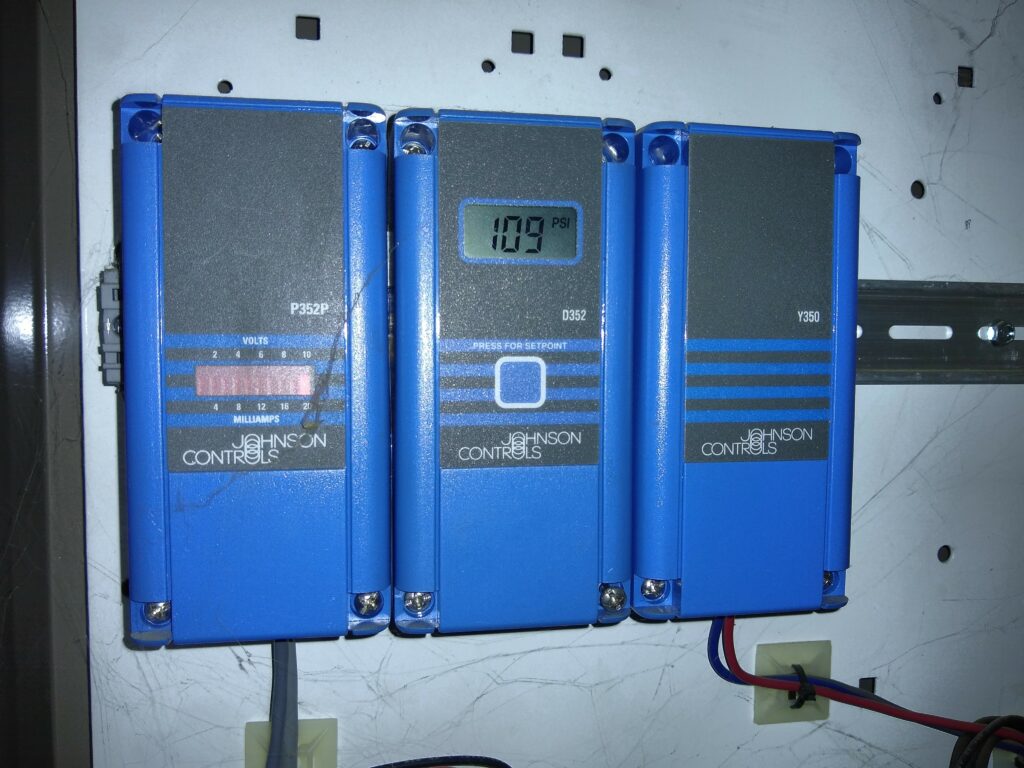 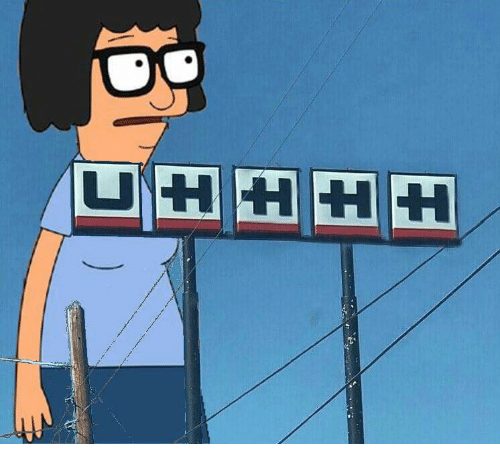 Here’s the end result. At some point someone cleared out the electrical cabinet of everything but the main disconnect and rebuilt it with……a mountain of weird shit. This is the left side where the contactors for the compressors and fans would have normally been. I don’t know what the deal is with that thing that looks like a transformer, it’s just an 3 phase “reactor” – an inductor. 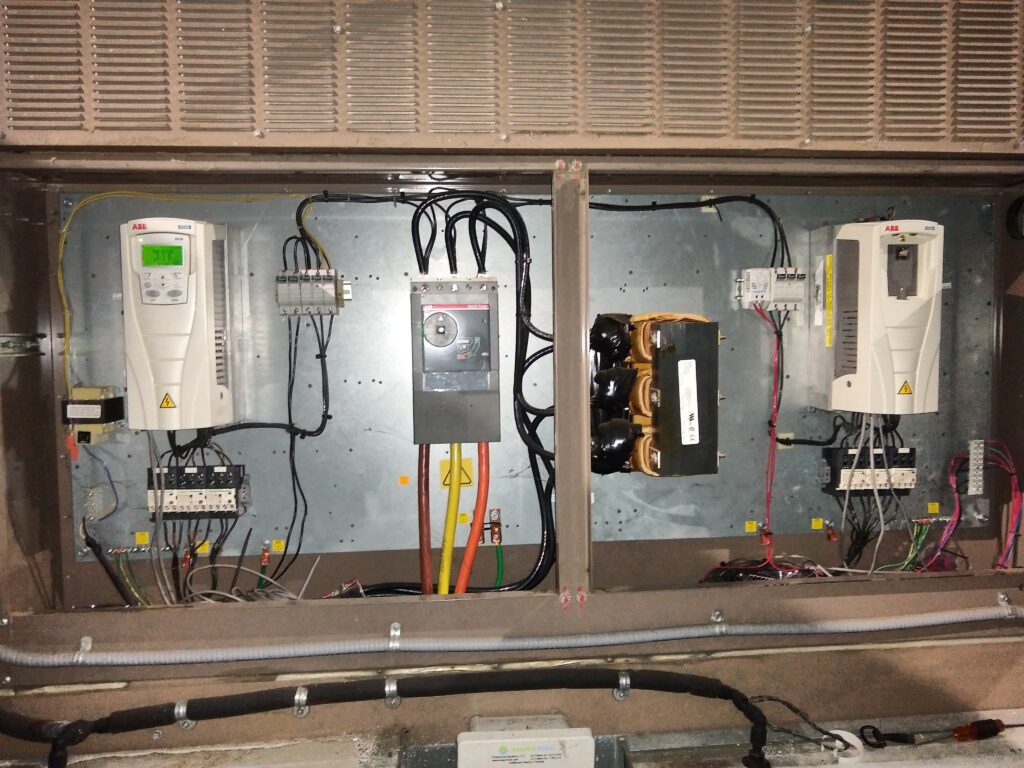 Not particularly visible at the bottom: a set of current transformers on the Turbocor’s power wires that set off the water misters when it begins to spool up, and a pair of fans rigged in the bottom to keep the VFDs cool…ish. They’re powered through the barrier strip on the far right. 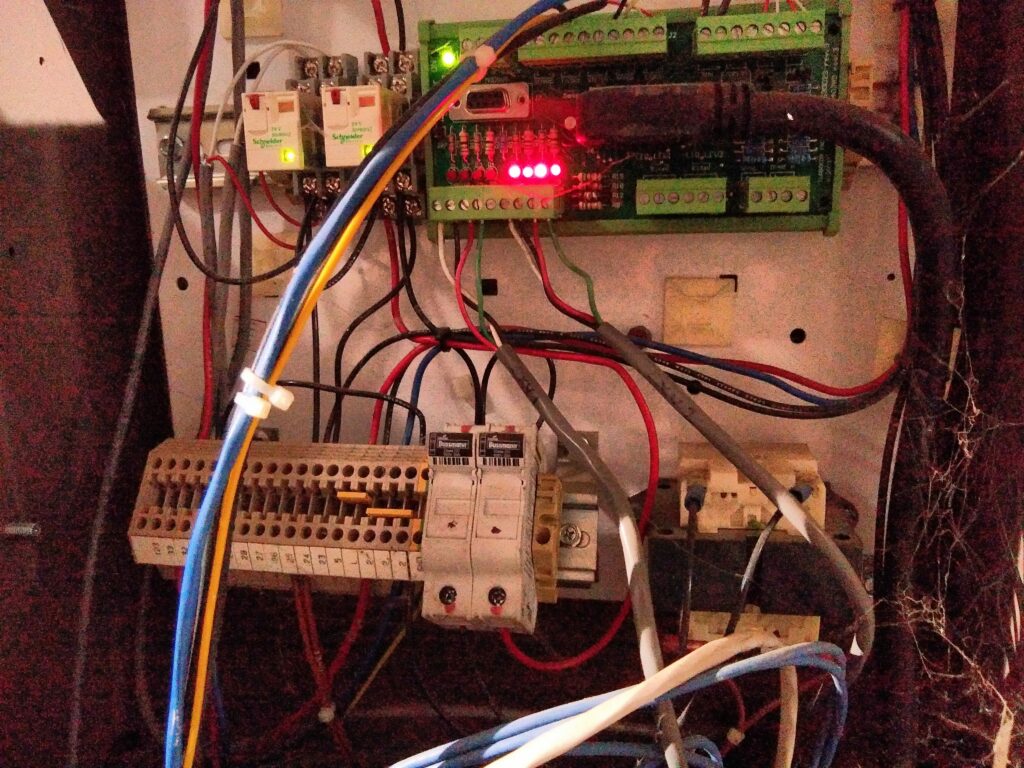 In the compartment which would have formerly held the logic board that controlled the old setup, the two relays to the left of the Turbocor interface board turn on the cooling fans at the bottom, and…. well, I have no idea what the second one does. I couldn’t trace this out and there’s no documentation left with it. In short, I have already run out of fucks to give. 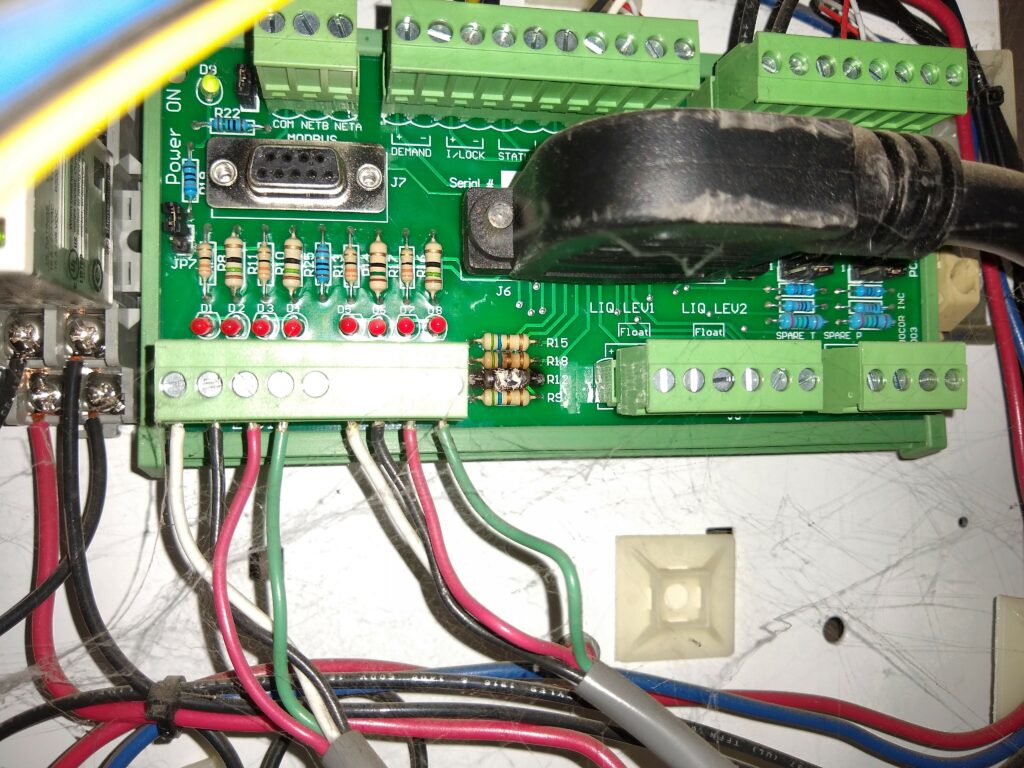 Um, what the fuck happened to R12? Again, lack of fucks to give, the thing still runs ok. Not sure what the LEDs are indicating but when D5 through D8 flicker periodically.

I’m fairly sure the Turbocor must actually be capable of commanding variable frequency fan drives to cool the condenser, but oops, someone put that weirdass blue pressurestat in place instead. That thing is fucking weird. It sits there and does nothing until the pressure is like 4 PSI below setpoint, then the command voltage it sends just abruptly leaps up from 0 to 10v, making the variable frequency drives… not so variable… 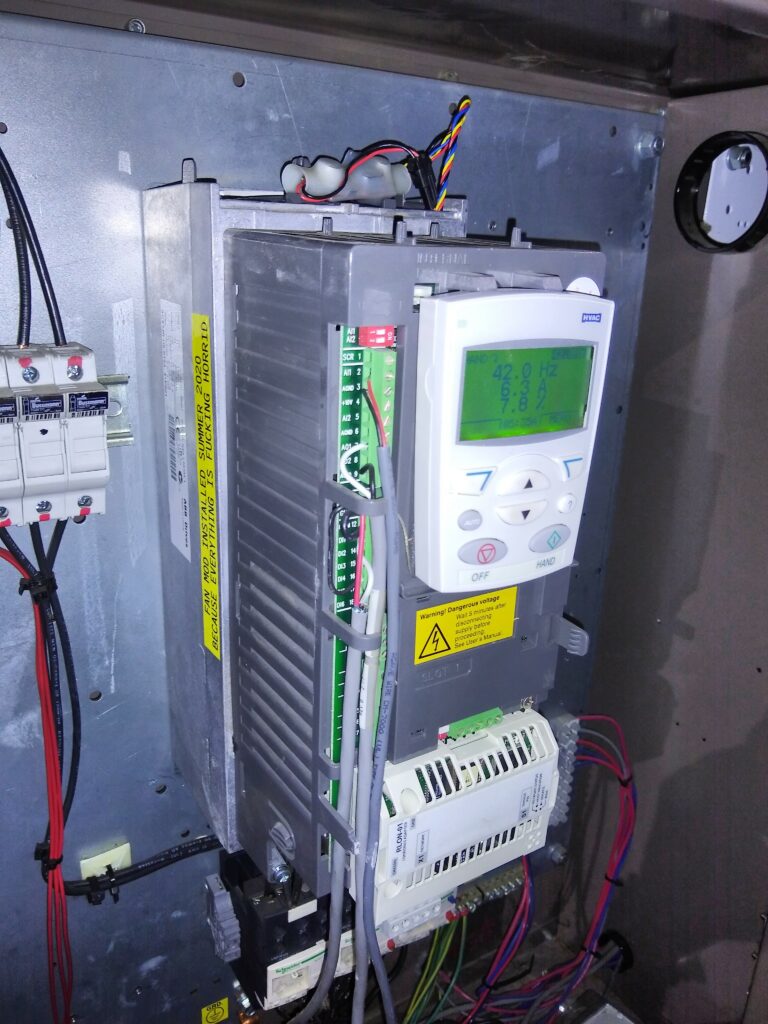 Anyway the reason I had to mess with this thing is one of the drives lost a 24VDC cooling fan. Our HVAC contractor looked into ordering a new fan and found out that a replacement would be at least SIX MONTHS OUT. The original, an NMB 3110KL-05W-B50 (80mm, ball bearing, 24v, 0.15A) appears to be Fuck You NLA. In fact, almost all 80mm 24VDC fans appear to be unavailable. I begrudgingly, out of desperation, dug into my own supplies and grabbed a little switching buck converter that’d take the 24VDC from the VFD and step it down to 12V to run a fan that actually IS available and extremely common.

Now the dumb thing spits out cold water again and I’m not quite as mad. I’m still going to swear at the fucking bellend thing though.

One thought on “Just cool it, FUCKWEASEL.”