Yes, Gimenez, tell that to the people who will be employed at minimum wage and can’t afford basic living expenses and the commute to and from work. Vete pa’ la pinga. Thank you for the decades of complete lack of any urban and community planning.

This shit made me mad. Read on if you dare.

This is yet another example of the massive faults in the “spray and pray” model of community planning, or rather, complete lack thereof, in South Florida.
My apologies if you were trying to access the site earlier today and it was down – something broke in a rather surreal manner. I suspect memory exhaustion on the server brought it down. I couldn’t SSH in and Apache was sort of barely still working and pointing at the root directory??

Anyway, if you thought resource exhaustion was just a computer problem, here’s the latest dumbass plan that Miami-Dade mayor Carlos Gimenez is all over. So what you’re looking at here is the intersection of Interstate 75 and the Florida’s Turnpike out in far northwest Miami-Dade County. The only things around there are the dead end of Miami Gardens Drive and a bunch of old rock quarries… and then this proposed blob.

Please note how isolated this chunk of land is – sandwiched between a toll road, an interstate, and a dead end into a residential area. This will come into play in a very big way…

What’s proposed for this blob?

The Triple Five group has proposed “American Dream Miami”, a massive shopping mall and entertainment complex, similarly to their Mall of America. Although Triple Five apparently started out in Canada, their website is mainly in Chinese, and it seems like most of their holdings are as well. Let’s just imagine this means that the Mall of America is technically Made In China just for our own amusement. Is this actually true? Probably not, but it’s about as valid as the fallacy that this thing will attract visitors — or even that it will BE ABLE TO attract visitors. 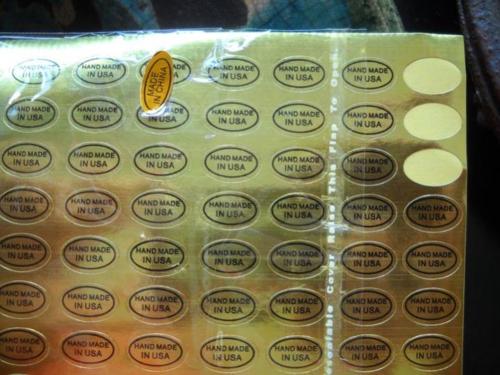 The Miami Herald and Miami New Times have articles about the proposed plans, which have buzzwords like $4 billion, 25,000 jobs, , supposedly no public money, but I’m waving the NOPE flag at full mast.

Okay, I’m going to stop trying to be politically correct here and just let it all out…. this sheer amount of profanity ought to get me on the blacklist for Cock Blocker Internet Security…

WHAT THE EVER LIVING UNGODLY FUCK ARE YOU DOUCHECANOES THINKING?? THIS IS THE STUPIDEST FUCKING THING I HAVE EVER HEARD OF FOR MIAMI-DADE COUNTY. THIS IS DUMBER THAN LYING UNDER THE ASS OF AN ELEPHANT WITH DIARRHEA YET MANAGES TO HAVE A WORSE POSSIBLE OUTCOME. PLEASE TAKE THIS PROJECT AND INSERT IT RECTALLY UNTIL YOU HEAR A CRUNCH, BUT NOT BEFORE REFUNDING THE TAXPAYERS OF MIAMI-DADE COUNTY FOR THE GODDAMN MONEY YOU WASTED DURING THE PRIOR SECRETIVE PRE-PLANNING PROCESS. GO FUCK YOURSELVES, AND HAVE A NICE DAY. 73 DE KG4CYX

Soooo I’ll collect myself a moment and list the issues I have with this in a sane and reasonable manner, if you’re still with me here… no fuck this i’m mad

Environmental problems: Have you— have you seriously fucking forgotten the fact that every few years we come close to RUNNING THE FUCK OUT OF WATER?! There are expected to be 25,000 employees here alone. Let’s divide that down, 12,500 people just to run the place, and that’s before the visitors. The nearest source of water here is the northwest wellfield, which already has its own share of massive groundwater contamination problems – it’s kind of just dumb luck that we can even still use water from it!! Some other wellfields have already been abandoned due to saltwater intrusion, and the problem’s not going away. Add in the supposed visitors to the complex, and that’s a lot of additional water we just don’t have down here.

The structure is supposed to contain an indoor water park and an outdoor artificial lake for submarine rides, as well as an indoor ski slope. All of those sound like very, very thirsty features.

The indoor water park will need HUGE amounts of dehumidification – I’ve never to date seen a system that reclaims a/c condensate and puts it back in a pool. Usually, a/c condensate just goes down a drain, as it’s kind of nasty and prone to very very bad bacterial growth.

Furthermore, another water problem is presented by the fact

that this complex will essentially seal hundreds of acres of land that are currently pastures under pavement and buildings. When it rains, it pours, and that’s gotta go SOMEWHERE. I’m sure LM555 — I mean, Triple Five, would rather just see a cheap connection to the canal system used to rapidly dump the rainwater so it’s out of sight and mind. The canals will in turn dump it into the ocean, where it’s lost forever and can no longer replenish our aquifers. Perfect planning, you fucking bastards. I’m not really that well versed on figuring out where all the shit’s gonna go when it gets flushed, but I do know that Miami-Dade does not have reclaimed water systems – once you flush, that fresh water is lost at sea.

Electrical power demands of this complex will be amazing.

It wouldn’t surprise me if lights will dim out countywide when the place opens for business in the morning. Of course, expect FPL to turn YOUR neighborhood’s juice off whenever they start to run low on a hot summer’s day. Doral had power problems for years after Dolphin Mall opened.

PREPARE TO BE TRAFFUCKED: Ooooooh AND HOW!!! You saw that map above, right? This site is boxed in by two major expressways which are normally plugged with traffic during peak hours; they’re the only really practical way between Miami-Dade and Broward. A lot of people who live in Miami-Dade work in Broward, because Miami-Dade’s successfully driven off almost all potential sources of employment outside of the retail and service sector. What’s the best thing to do about that — build more retail and service sector bullshit? But I digress. If you commute between Miami-Dade and Broward, YOU ARE FUCKED!!!!! The only way people and cargo are going to be able to get in and out of this complex is via the western side of Miami Lakes, which cannot handle any additional traffic and is basically an isolated blob of residential communities walled in by the expressways, or via I-75 and the Turnpike extension which are trafFUCKED on a daily basis. The ONLY way access to this shit can be provided will be to add ramps to the stub end of Miami Gardens Drive (talk about a descent into hell) or off of the Turnpike and I-75. Wanna bet FDOT will decide to link it straight up to the fuckwad Lexus lanes to be built on 75?

From the Herald article: ““From what I’m hearing, it could be a great thing,” Diaz said. “But I have a lot of questions.” He cited concerns about traffic, and said he may request Triple Five contribute funds to expand mass transit to the area.”

Okay, nice idea— WHERE THE FUCK ARE YOU GOING TO PUT IT? Miami-Dade has already sworn off future mass transit development in favor of crapping out useless express bus routes on the MDX toll roads. Nevermind that the taxpayers have been paying for the transit development for years, it just ain’t happening. There are no useful corridors in that area. None of my planned rail lines would even help you here, because I did not expect that anyone would be stupid enough to try to stick anything like that out there — I do see, however, that moving the Metrorail Okeechobee Stage 2 line could possibly help a bit.

The site’s just stupid. There’s no access, and even if you do manage to plumb it into the existing roads, it’s going to essentially lock down most of northwestern Miami-Dade in permanent gridlock and lead to those residents who have the means to leave doing so. The rest will see their opportunities for education, employment, and even just access to basic services such as going on a trip for groceries shrivel away. How’s THAT for an economic boost? Fuckwads. Go shred yourselves up in a poorly designed waterslide.

Last, most importantly, and of course not least:

COMPLETE AND TOTAL LACK OF DEMAND FOR THIS PROJECT

Have you worked out what we’re looking for?

The South Florida area has a lot of dead retail spaces – everywhere from box stores all the way up to entire malls. Some of the failed malls have been turned into YAFULC; some are now Wal-Mart supercenters, and a K-Mart store up in Pembroke Pines is now some kind of… spook shit, I don’t even know, and neither does anyone else who doesn’t have a hell of a security clearance.

Why the fuck does anyone think we have demand for MORE retail space??!!

I could maybe almost understand the idea of placing a resort/theme park complex somewhere, but not a mall. It’s just not gonna work. Ever.

In summary: Gimenez and the Miami-Dade Commission, Fuck you and the fucking waterslide you flushed yourselves in on.