I just received two new 4CX250B / 7203 tubes for one of our transmitters, an old Continental Electronics with the tube intermediate power amplifier (IPA).

The sad story: These tubes used to be produced by Eimac and were perfectly fine. At some point, Eimac got sucked into some giant ugly conglomerate that consolidated their tube manufacturing and made some awful changes, then hacked and slashed at their product line. That effectively led to a quality fade then discontinuation of the tubes.

I’ve been pretty much informed that the way to get GOOD 4CX250B tubes is to either go back to 1981 and stockpile them, or find someone who has them sitting around from back then and hope that they’re not gassy or badly manufactured tubes from Eimac’s Salt Lake City facility.

….this. this is the dumpshit you get. alibaba.com’s finest, I’m sure.

These are “National Electronics” marketed by Richardson Electronics. Richardson’s website only mentions the Eimac tubes that they were a dealer for, and when these were ordered, there was a week’s delay in getting them shipped. National Electronics used to be a perfectly legitimate tube dealer or manufacturer – I think they went with contract manufacturing back in the day, as you’d see a really wide variety of their tubes out there, everywhere from receiving valves to power tubes and even indicators like Nixie tubes. Now, my best guess is it’s just a shell being kicked around via brand name necrophilia.

I don’t know if these even work at all, and won’t until I can get to a mile-high transmitter site whose means of access are currently buried in snow and ice.

So, for now, let me compare them to a new old stock Eimac tube. This is a 3CX800A7, a different tube entirely, but using the same sort of package and plate structure.

Immediately the bright silver plate finish becomes apparent, along with a far different cooling structure. The fins are brazed or soldered to the plate. This is important as the outside of the plate cooler is usually used as the electrical connection via a clamp around the tube. You do not want a bad connection in there. 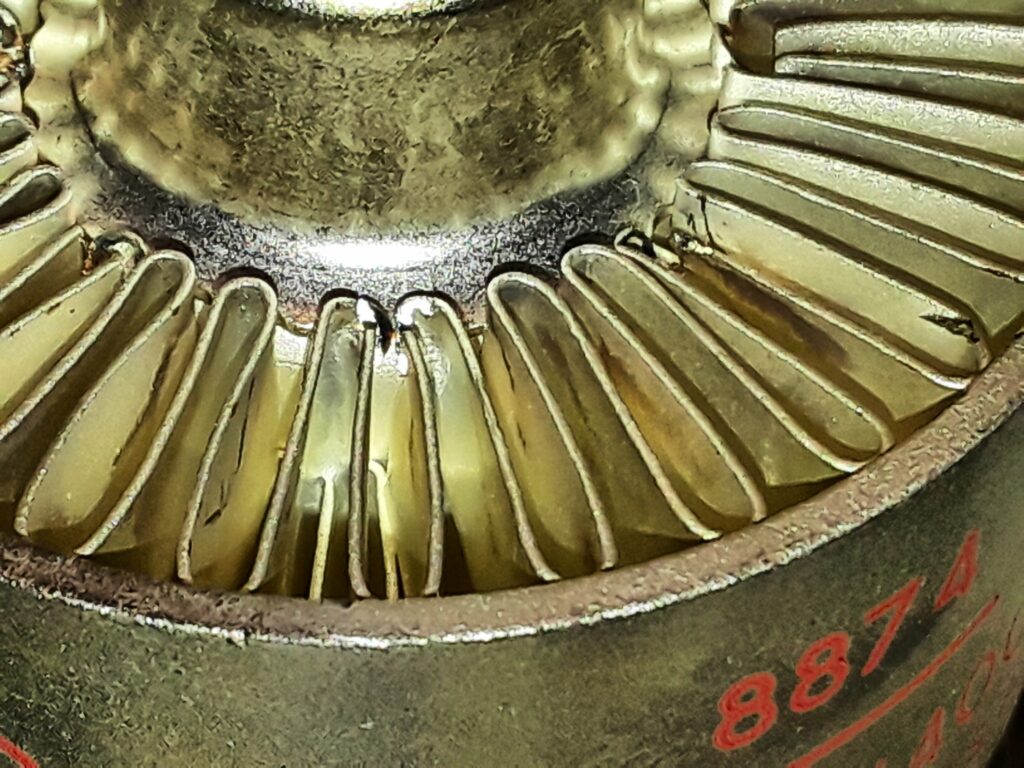 And now, the Richardson/Alibaba Special – they just… lovingly shoved it down in there with a press and called it a day. 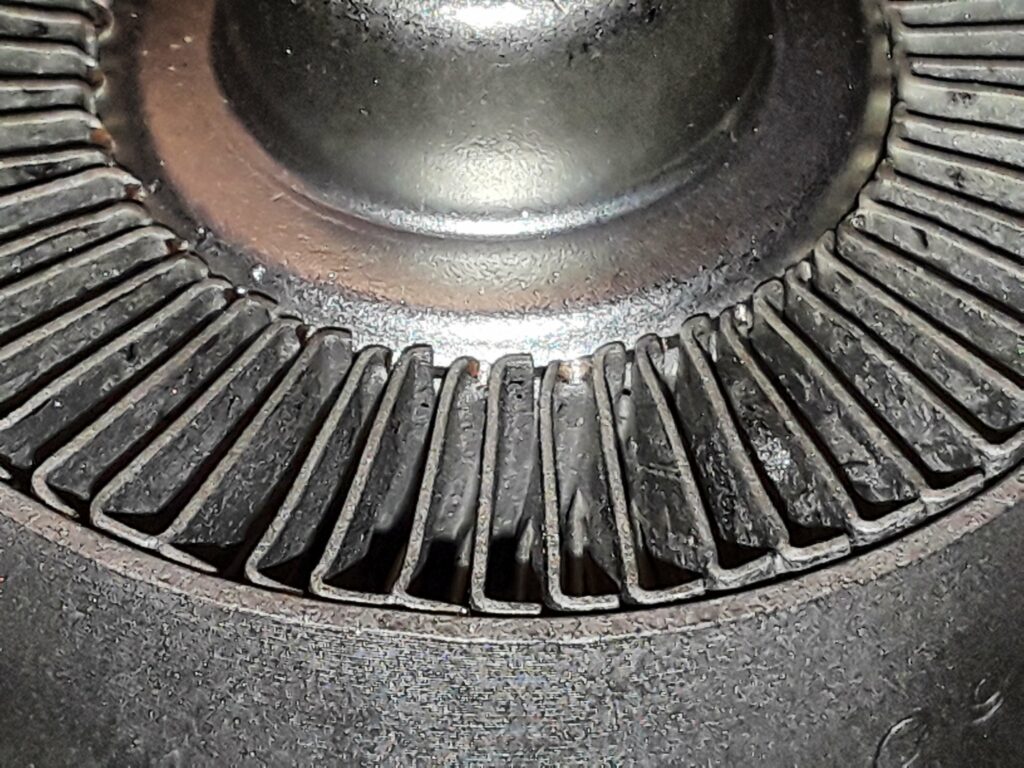 No signs of soldering or brazing are visible. 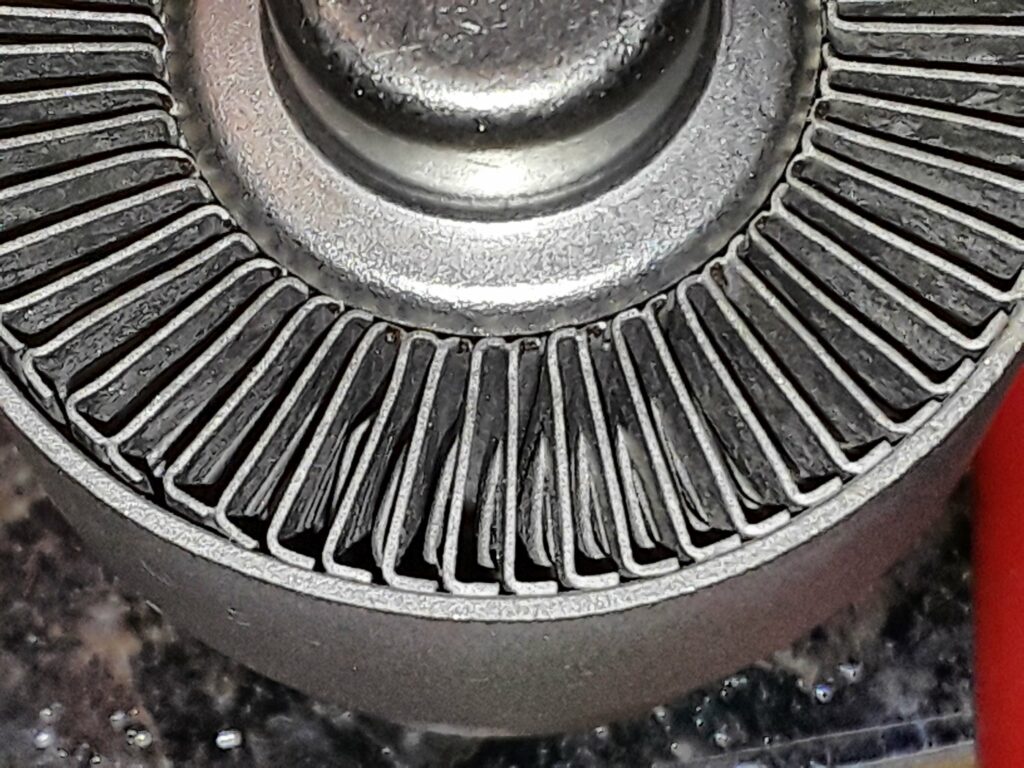 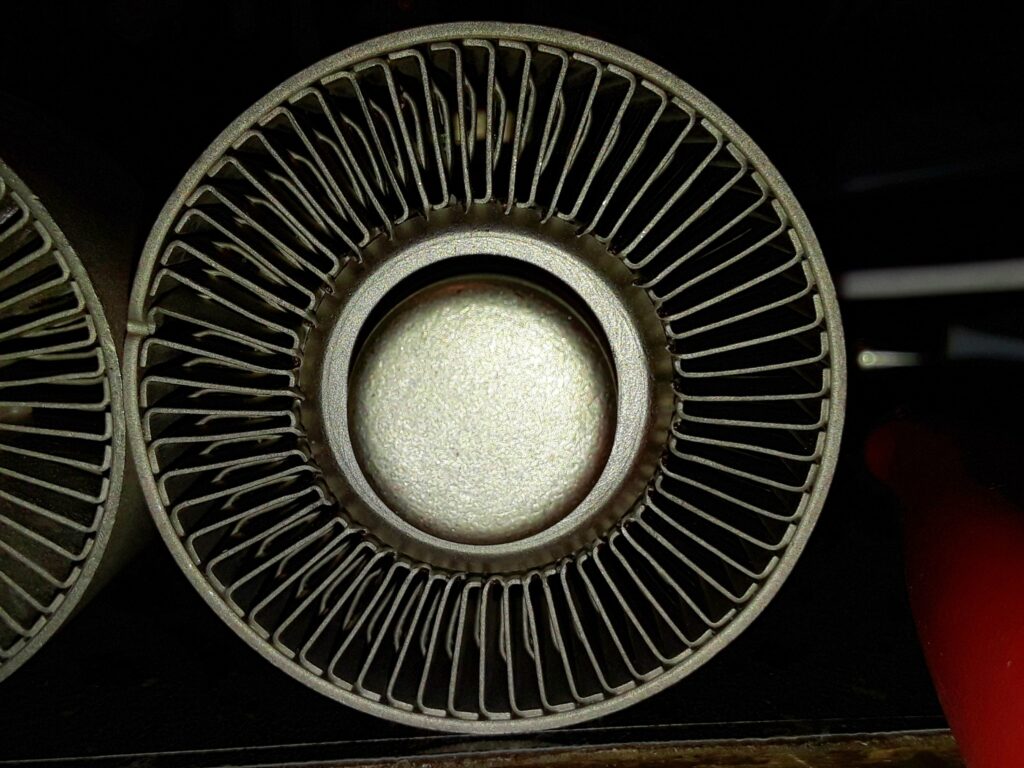 All in all, it looks like it was just smashed together using the same tooling one would use to make cheap and nasty refrigerator coils.

Now, about that gray mystery metal….

I looked at the socket pins and saw no marks on them at all, just a uniform gray coating of… whatever.

On the Eimac? There are marks in the silver plating from where the tube was put in a socket for factory testing.

Did they even——??? Is there any factory testing??

How’d this Oddish get in my transmitter?

So yeah— I’m NOT convinced these are even going to work, but I guess that’s what I can get now. Thanks, Crapitalism!