Sheesh. What a mess… I put money in one of those Florida Lottery vending machines to buy a ticket for this week’s Powerball drawing, but I failed to note that the four-slice-pizza shaped pushbuttons at the top of the machine were not lit before putting money in and… it couldn’t issue lottery tickets! I’m guessing it lost connection to the mysterious and cool 900 megacycle mesh network that the lotto machines speak on.

I’ve found no details on how this works on the Internet but a few technically minded retail people have informed me that it’s a combination of satellite uplinks at certain retail locations (the dishes you see on the canopy at some gas stations, especially in remote areas) and 900 peer to peer terrestrial links using omnidirectional antennas near the back of the lotto machine, forming a highly secure mesh network that registers each lottery ticket’s serial number, and its respective picked numbers, in the Florida Lottery database along with the time and location at which it’s purchased. That’s how they can immediately announce “Hey, we have a Powerball winner in Fnord Point Estates!”. No dialup or public IP networks appear to be used here. It’s actually kind of an inspiration for a wireless mesh darknet project I’d love to get off the ground someday with the assistance of someone who codes better than I do— anyway…

Since the machine already had my money and no mechanism for refunding it I bought this scratch ticket, and it’s the most confusing thing I’ve ever seen as a lottery game. You are given an assorted cloud of black numbers and a similar cloud of red numbers. All are in completely random order, divided in blocks of 1 – 1-10 are red, 11-20 are black, and so on until 80. If any row or column is completed, you win. Easy enough, right? Errrrr… No.

This thing is so bloody confusing, I resorted to going down the number clouds and scratching the blue screen tone around each number that appeared before checking for matches. At first I thought it was odd that this blue screen tone is also scratchable, but I’m imagining now it’s the only way people were able to figure out these damn tickets!! Note that the software that generates the tickets is careful to create a lot of “Oh I almost had it!” misses to encourage repeat play.

This ticket didn’t win anything, and it took me like ten minutes to find this out. Hell, I still don’t entirely trust my judgement in that – I’m going to have them scan it at the gas station before tossing it out. (Note the weird four line barcode.)

Can I win my sanity back, please?

Just curious as to how this authentication works… The self serve scanner thing read the pdf417 and told me it was not a winner but couldn’t use the code on the back. There’s gotta be some super secret authenticator under the scratch off ink to prevent someone from determining whether an unused ticket is a winner or not. 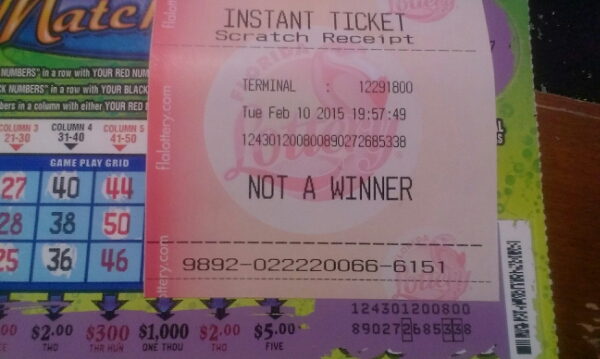 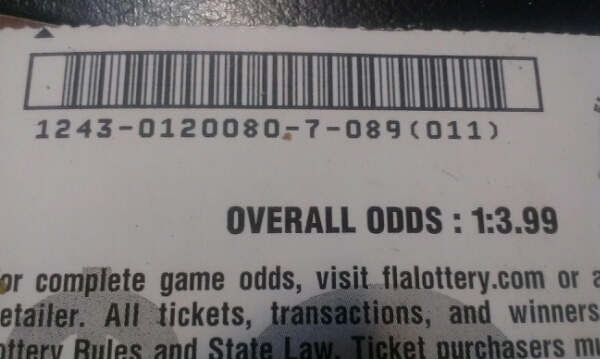 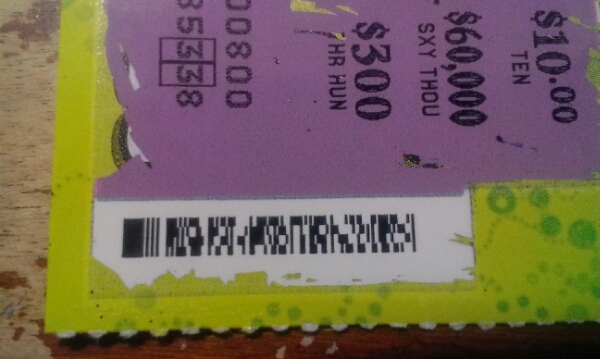