I noticed this odd thing near the Sacramento River next to the Bonnyview bridge south of Redding and wondered what it was. A closer look reveals more interesting details, but still no great clues. 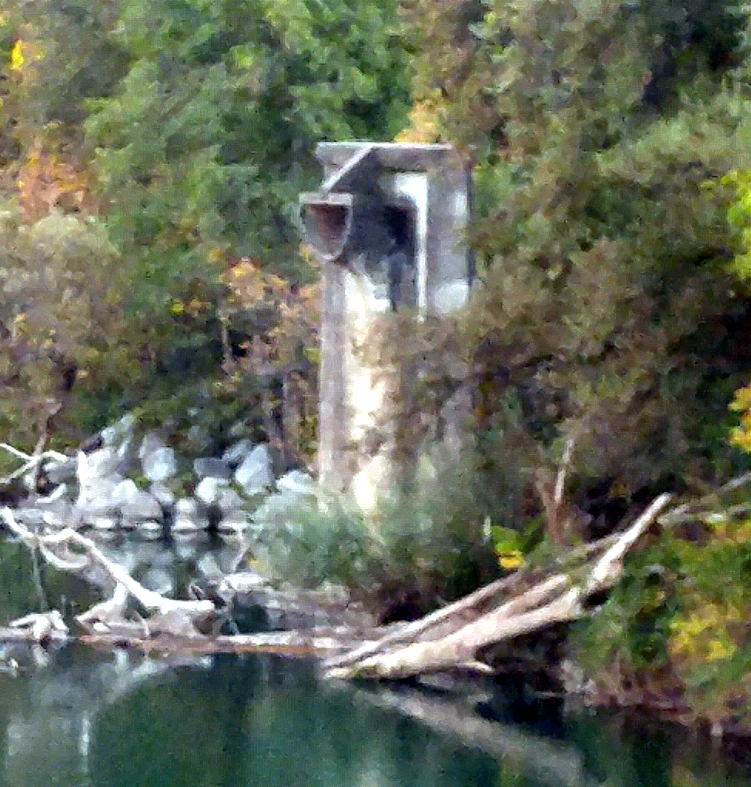 View from the bridge. I used enhancement filters in Pixlr that took a very impressionist view?? 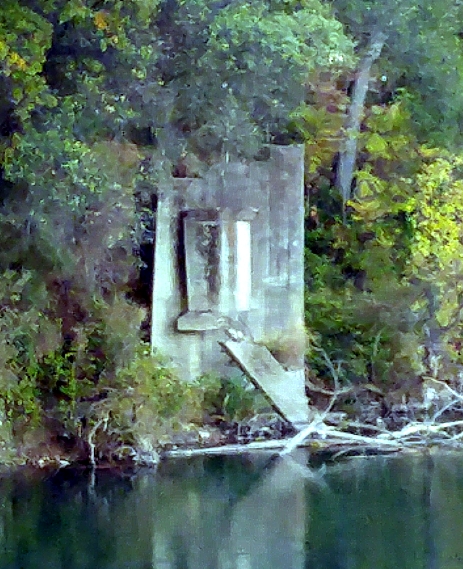 Another less detailed structure across the river; no sign of a similar spout on it. Maybe a flap gate though?? 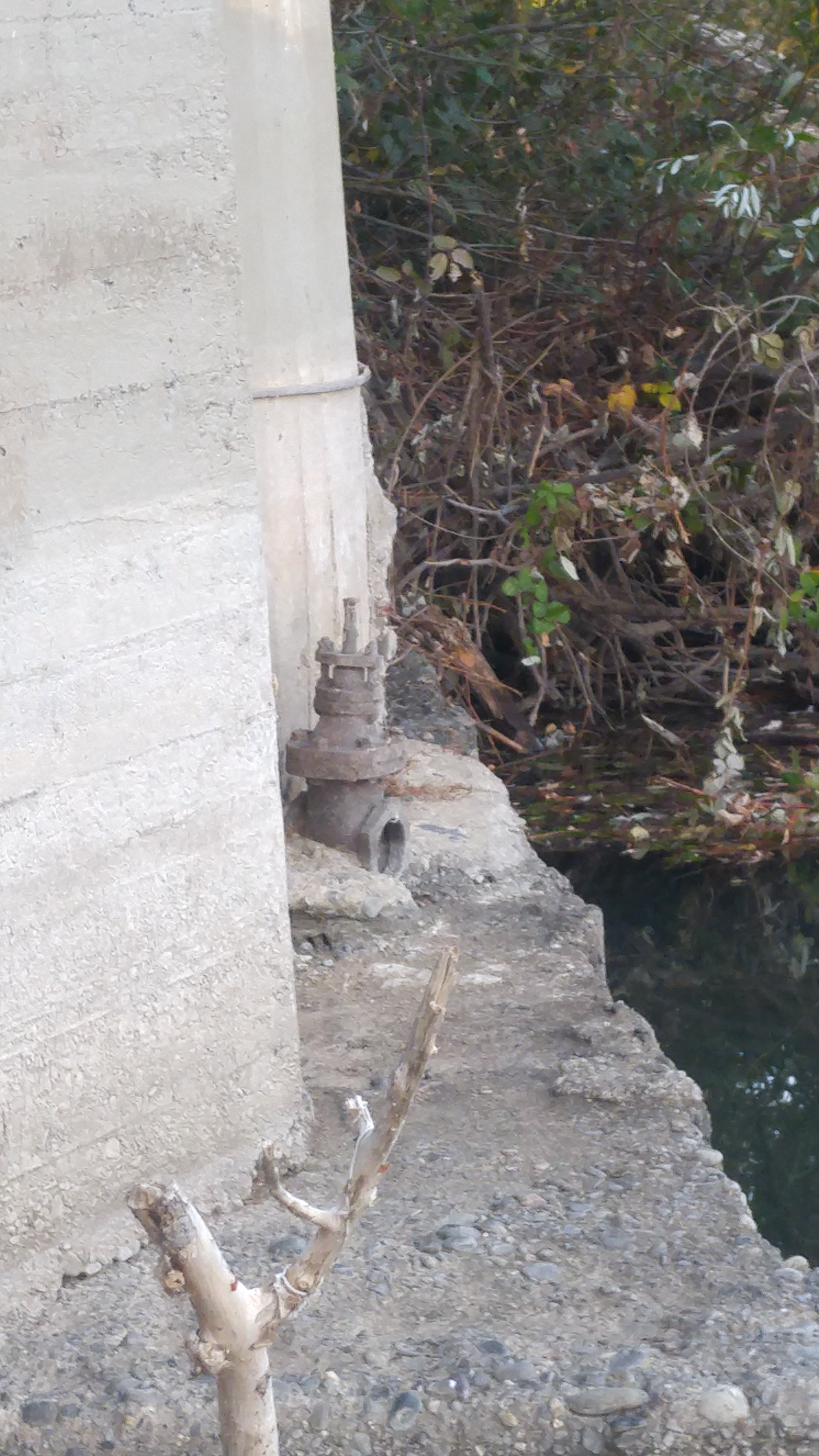 Water valve at the base. 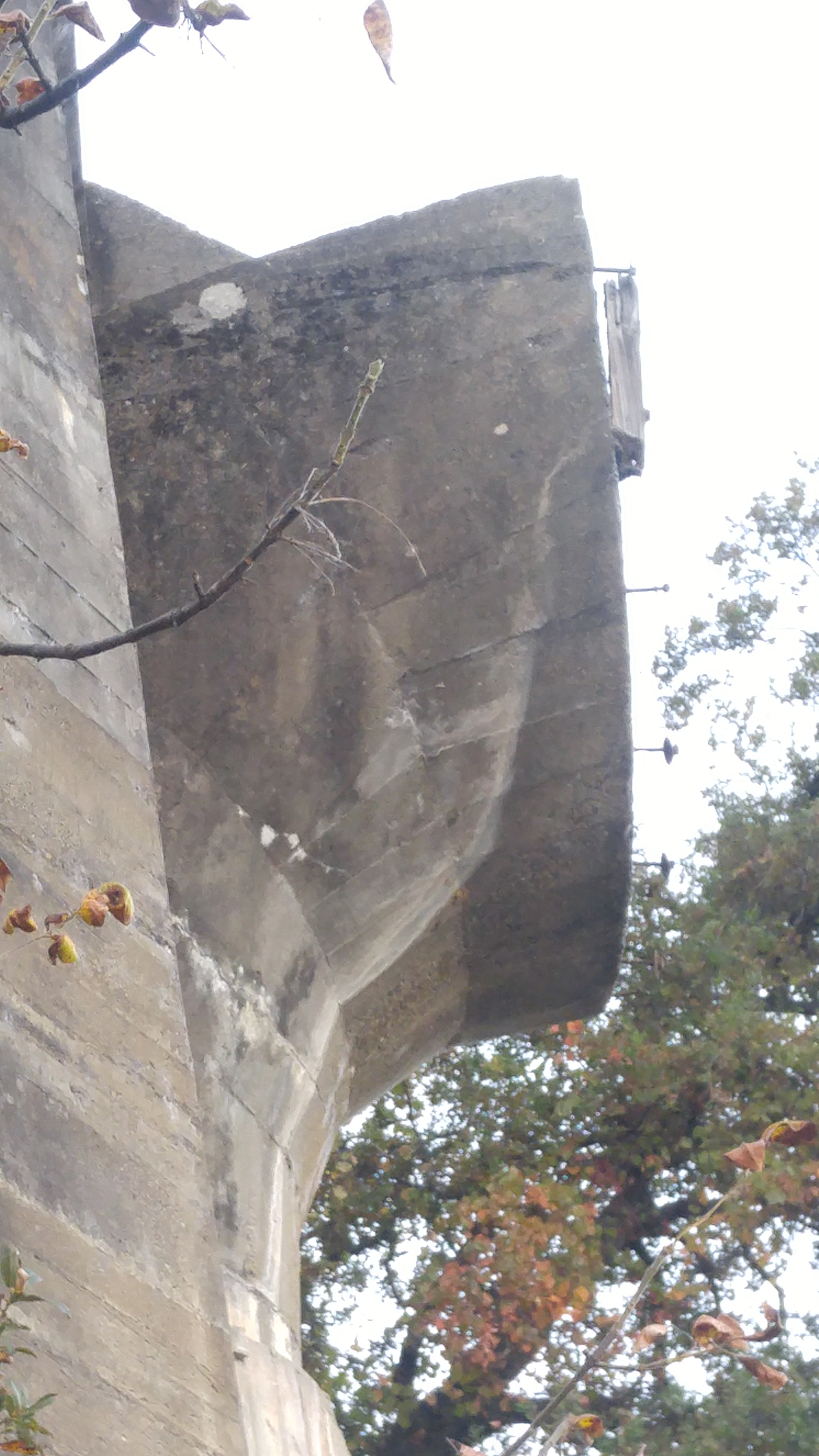 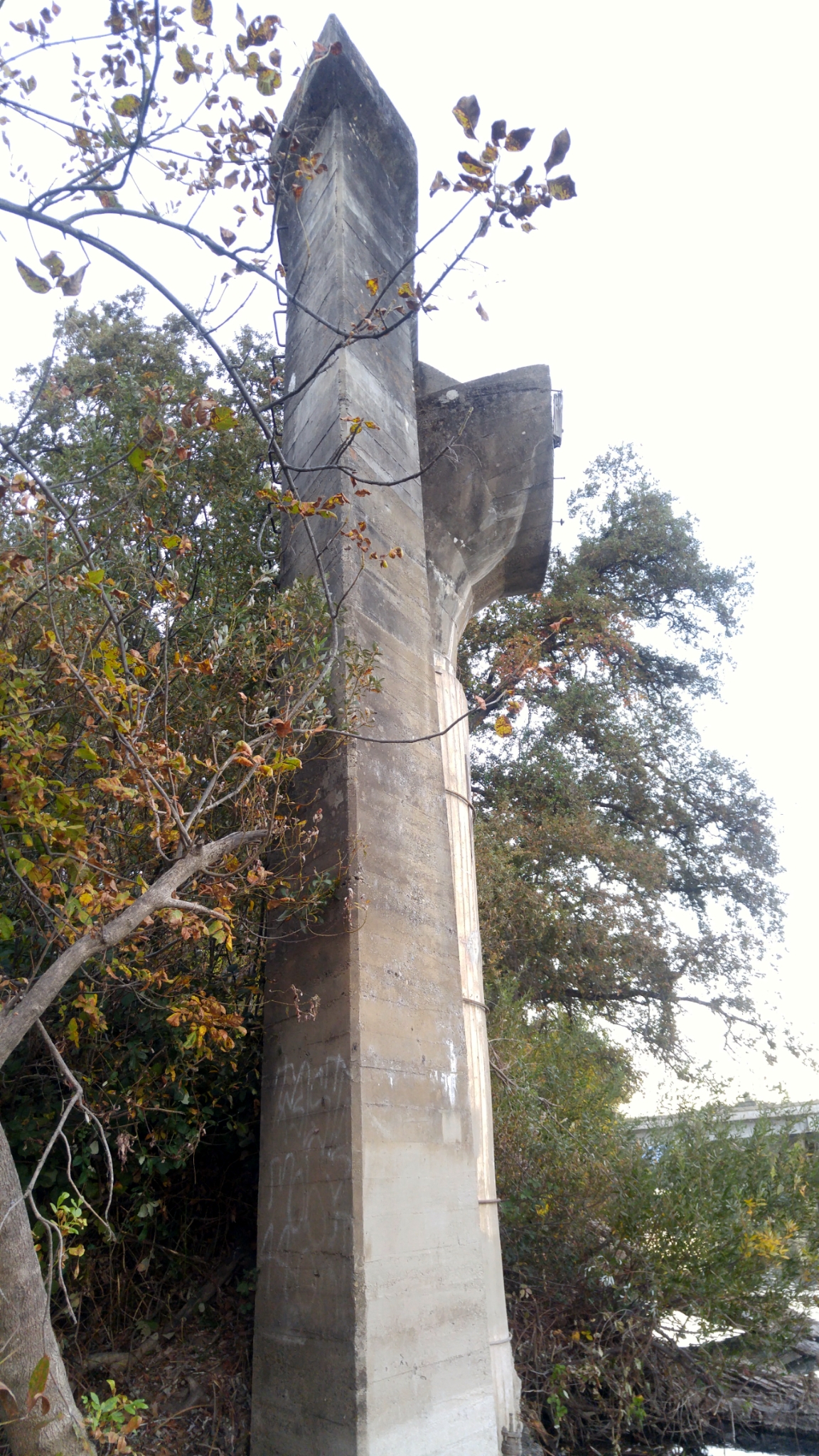 The top has an interesting shape with pointed ends. I keep thinking maybe it supported a pier or bridge deck? 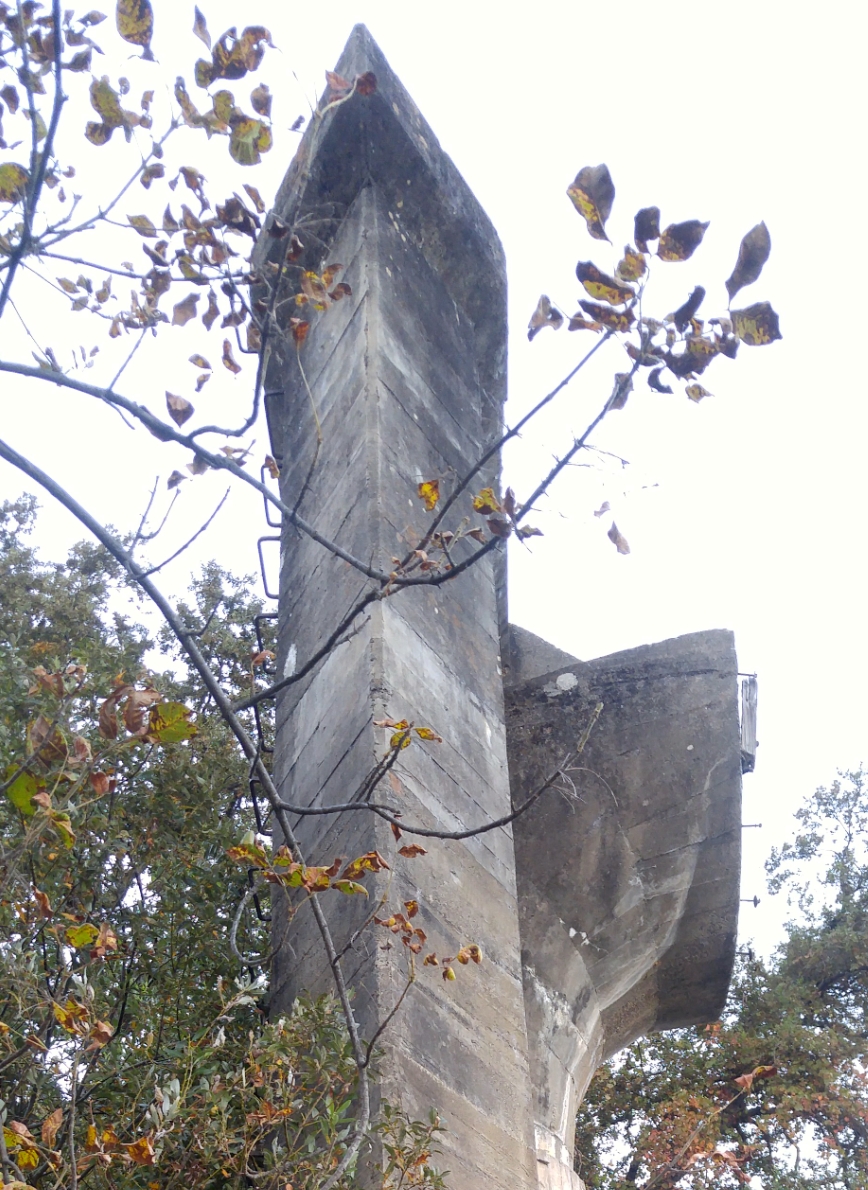 Climbing rungs are present. Also, note form marks. Whatever it is, it was poured in place concrete using wood slat forms. The spout has marks suggesting that either water flows from it (why and from where??) or that’s just the path rainwater takes while draining off it.

So here’s what really gets me about this thing. It sticks way up beside the river. There’s nothing nearby in sight that’s up higher than it is, which would logically drain from it. It’s fairly small and very very high up so it doesn’t make much sense that water from the Sacramento River would divert through it in a flood. The angle of the spout with its sweeping curve does sort of suggest an inlet though. Could it predate the Keswick Dam regulating water levels and reducing seasonal flooding down here?

I’ve found nothing looking it up online; there’s gotta be somewhere it’s documented, but I’m not sure where to look.

You go away, Pennywise. Nobody asked you.

One thought on “Mystery thing on the Sacramento River”