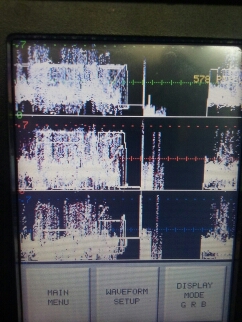 Please forgive this unusual departure from the usual content on this site. Actually, it’s… Going to sound like the typical conversation of a ham radio operator, and that’s unusual for me.

The US is burning… And you may not know until you’re caught by the flames.

The 2016 Presidential election is a sham.
I’m calling it election theatre. There is not a trace of democracy about it, and the endless chain of scandals tearing apart the Democratic party and the extremely unfavorable candidate selected by the Republican party, also supposedly the source of massive dissent, are both being used to make the public feel angry and powerless.

Civil unrest is being actively promoted. Why, I’m not sure. I’ve seen others working under the theory that it’s the lead up to a staged civil war, but I don’t believe it’s coordinated to that end. It does seem like it would be a hilariously quick way out of a number of mistakes made by the US government, but I doubt that’s the end goal. To be it seems more likely that it’s an attempt to further cement the class divide that’s constantly getting deeper. This brings me to…

The class divide is not an accident.
Those who hold the money and power in our economy want two classes.
The rich, who can play the markets, lend money, and bring in foreign and domestic investments to businesses that exist mainly to boost the value of stock that they hold, and….
The poor, who are permanently restricted from moving up, while being held to paying the majority of taxes…. As well as essentially paying de facto taxes to the rich via crushing fees attached to the services of the banks they are limited to using. Guess where all that money goes…

Staged economic collapse
The big housing market fueled crash of 2008 was a disaster to most.

It was extremely profitable to some.

It will happen again, most likely as another round of sudden bank failures.

Import crash
US corporations have been spending the last few years getting out of the US as fast as they can. Corporate offices have been inverted to other countries, research, development, and manufacturing have been moved offshore, and we just don’t have many vital products and services available anymore without farming them out to another country. We’ve also denied an entire generation the ability to learn any skilled trades. This leaves us extremely vulnerable… and all it will take is the stroke of a pen to leave us scrambling to keep our standard of life while paying many times more for vital things like food, clothing, medicine, and the tools needed to survive, travel, communicate, and so on…

Nobody really knows what the TPP will do but there’s a chance that it being signed into law will be the disruption of imports that it takes to kick this into effect.

Healthcare failure
We’ve all seen this one. It’s a quick race to the bottom under way now as the industry focuses more on squeezing people for profit at their time of need, and the standards of care are going to slip. It’s less about getting people well and more about getting them in as much debt as possible. This too will eventually crash just long enough to cause nearly impossible access to medical care and record high prices to become the norm. Remember the closures of hospital ERs in the 90s that led to costs going up by an order of magnitude, wait times going from minutes to hours, and the replacement of ER services with urgent care centers not held to the same standards of care for the same costs as were once charged by the hospitals? Yeah…. The shareholders do too.

Assorted corporate bullshit
The bills that are presented for voting in Congress are written in part or full by lobbyists, not elected officials, and the elected officials are not able to review more than some supposed key facts of them before voting. This combined with a fake president will lead to some serious issues.

How do we fix this? I don’t know if we can. At this point it would require a government that actually offers transparency and takes public input…. both of which are now very much out of fashion.