Upon having the strange experience that a new supposedly frequency agile PTek would only work on half the band (seemed almost like an exciter unlock or something when I tried to dial in 107.1?) I decided to look at the exciter card to see if there’s a tunable tank coil or something

I wish I hadn’t now 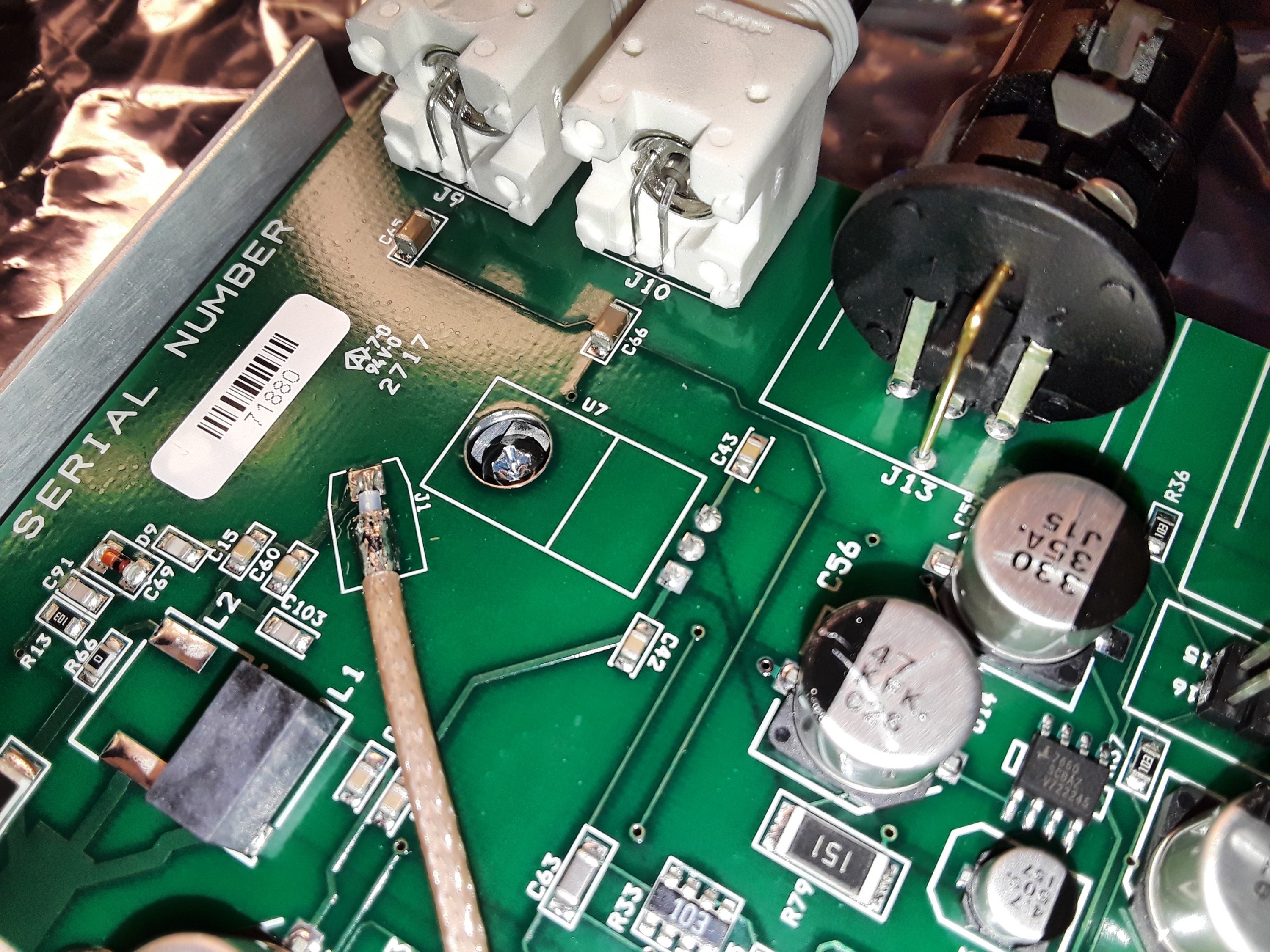 SCA and composite inputs, J9 and J10 respectively. C66 lowpasses the composite sorta by shunting everything above an unknown frequency to ground. C65 highpasses the SCA, it’s in series. The two combine at fixed yet frequency dependent levels and go down that via near C63 and R33. U7 under the board is a voltage regulator. J1 is the RF out and L1 is the DC feed to the power amplifier just out of frame.

Yeah just go right ahead and stuff the audio inputs right on top of the RF out. No big deal. 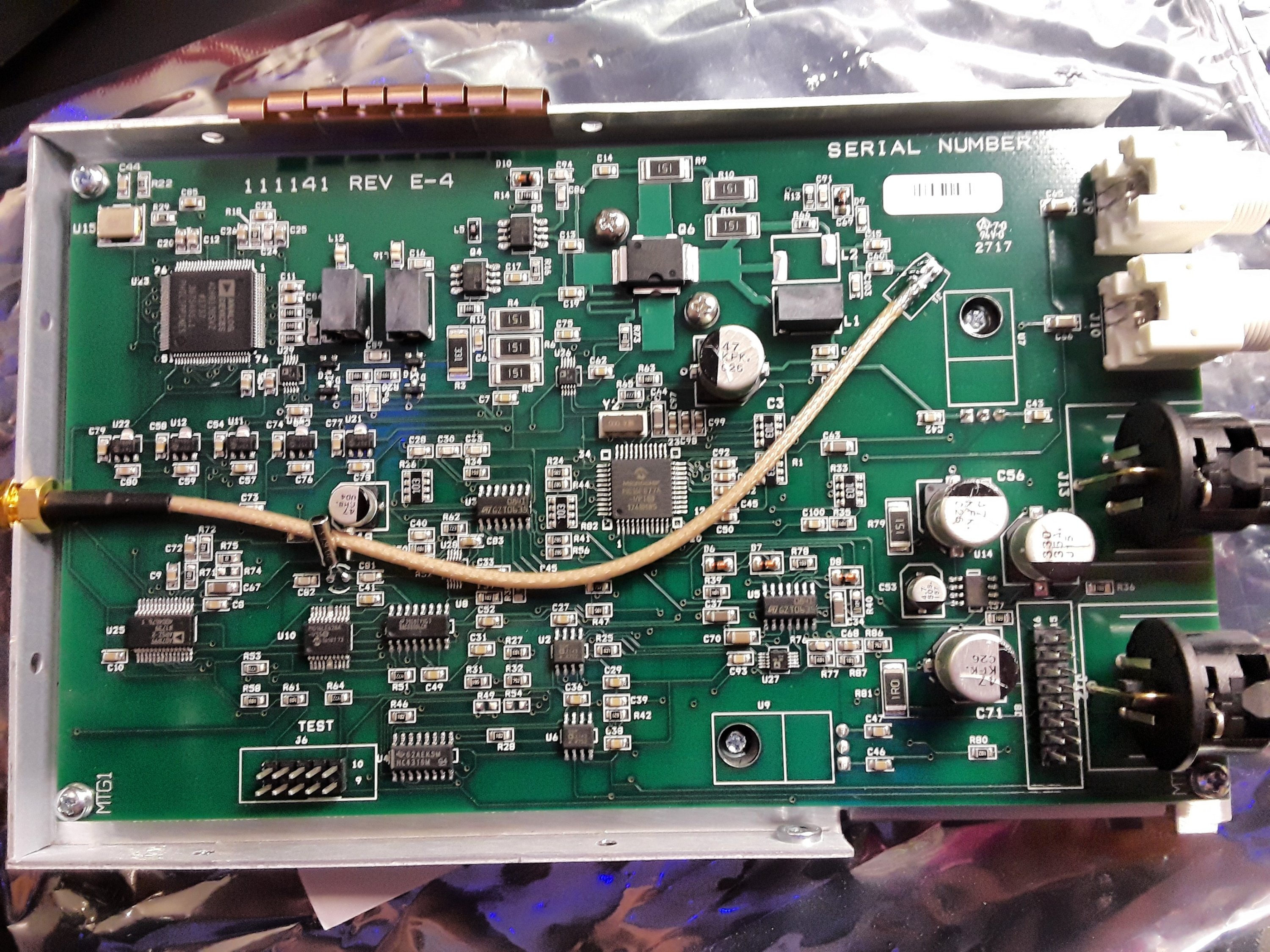 Full view of the card. The DDS is at upper left.

Think you can get away from having your audio run across the butt of a voltage regulator by using the XLR jacks? No. 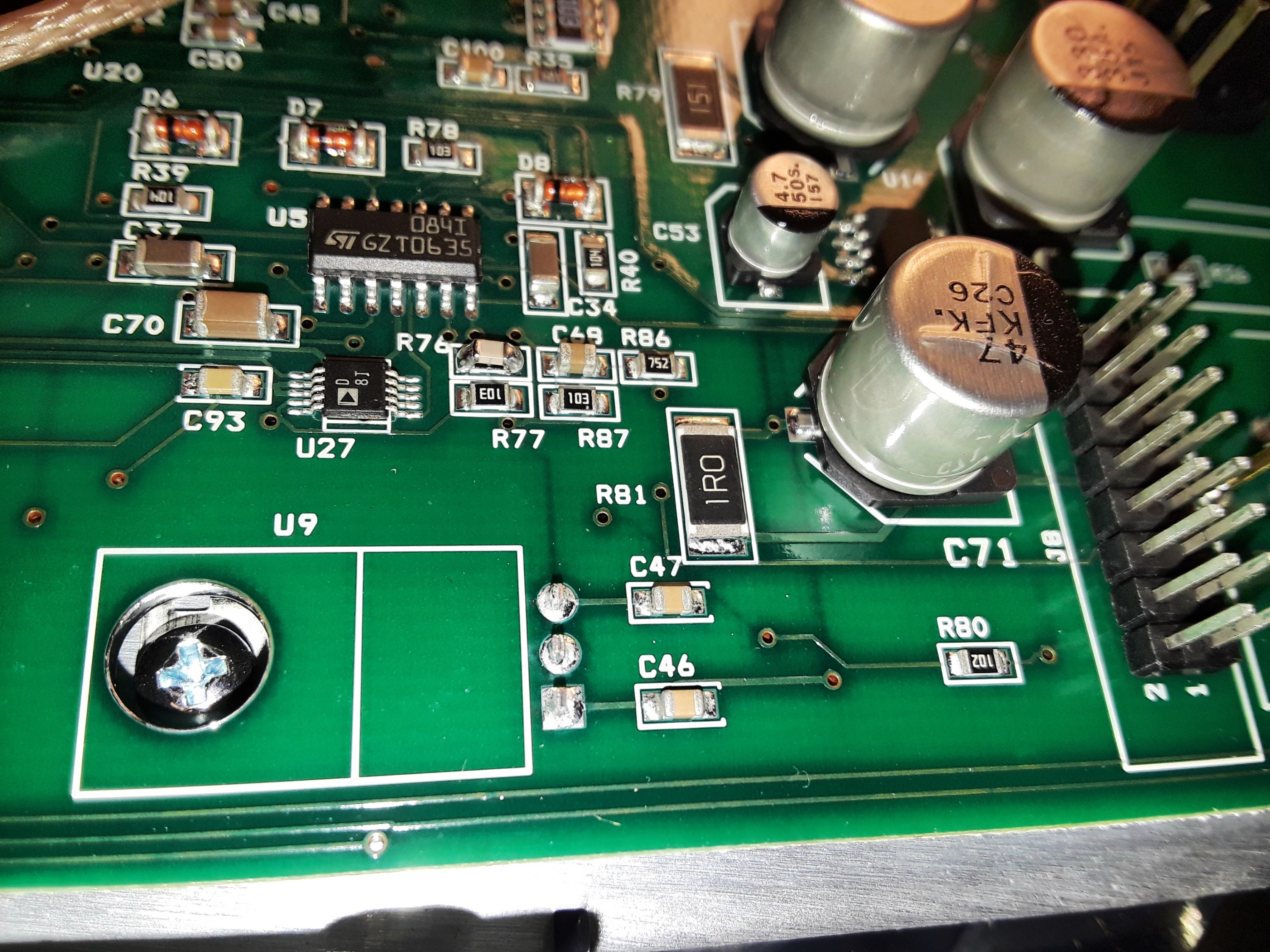 The trace going down the via next to R81 is one of the audio channels, and it runs right under the header connector for power and data to the board. 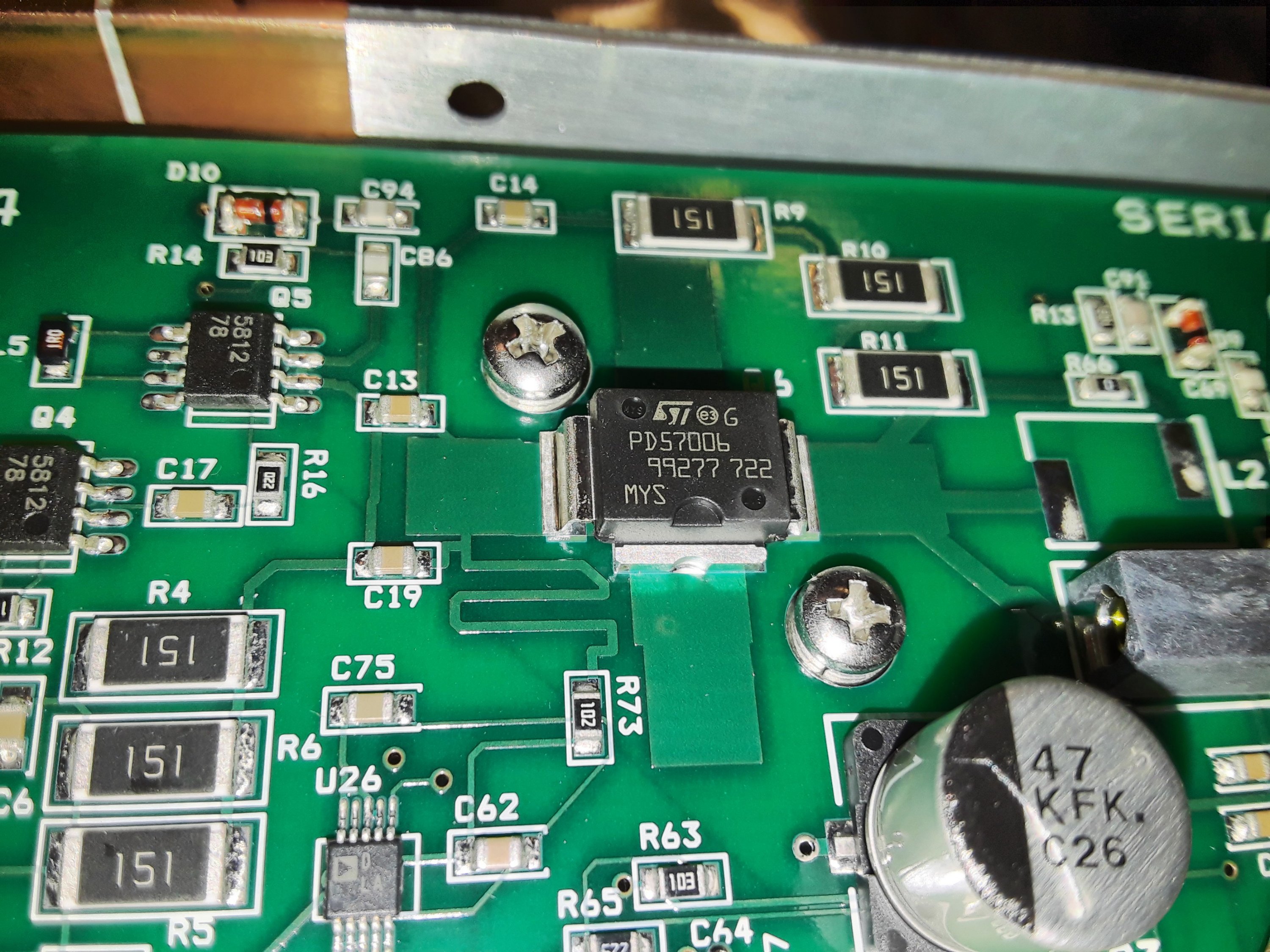 A word on this PA. This is a new LDMOS transistor from ST Micro. As such, its dissipation is really low, and it basically gets heatsinked by the leads and traces. Here’s the reference design… 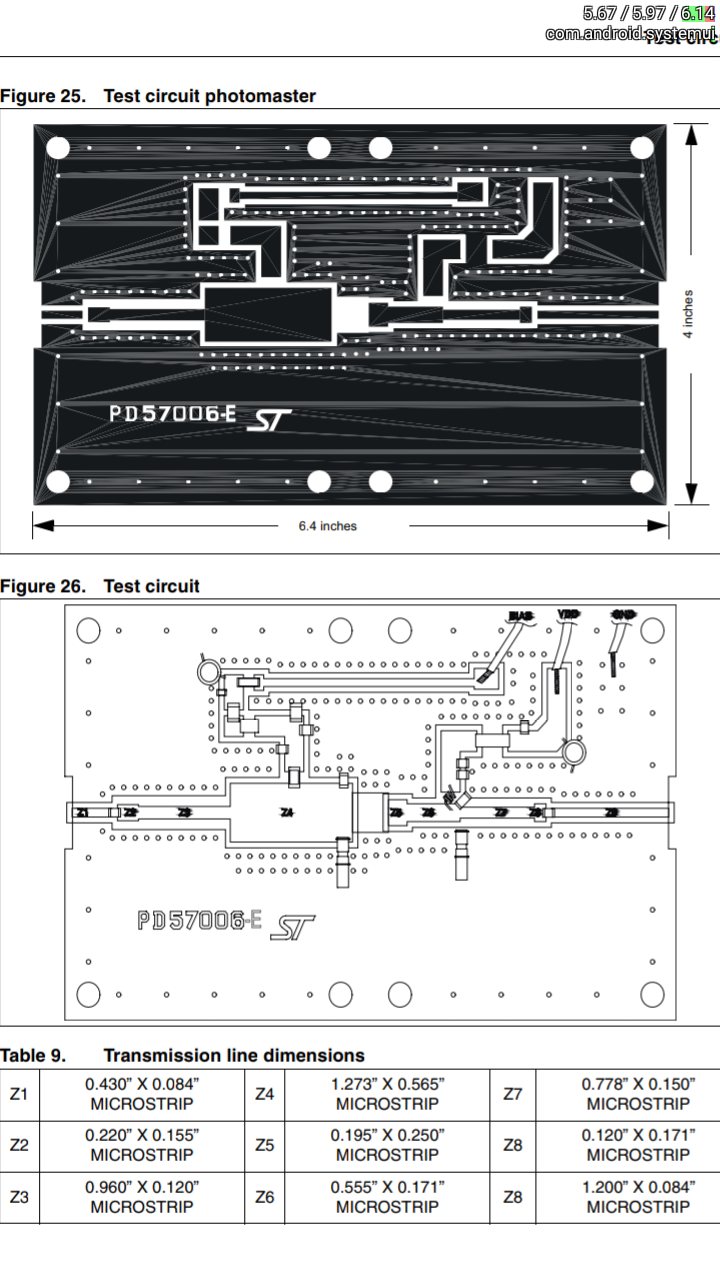 What you get is significantly less copper. The big ground planes that’d soak heat away via the source leads are just not there… so a weird block thing was sandwiched under the board and I don’t even want to look at this any more 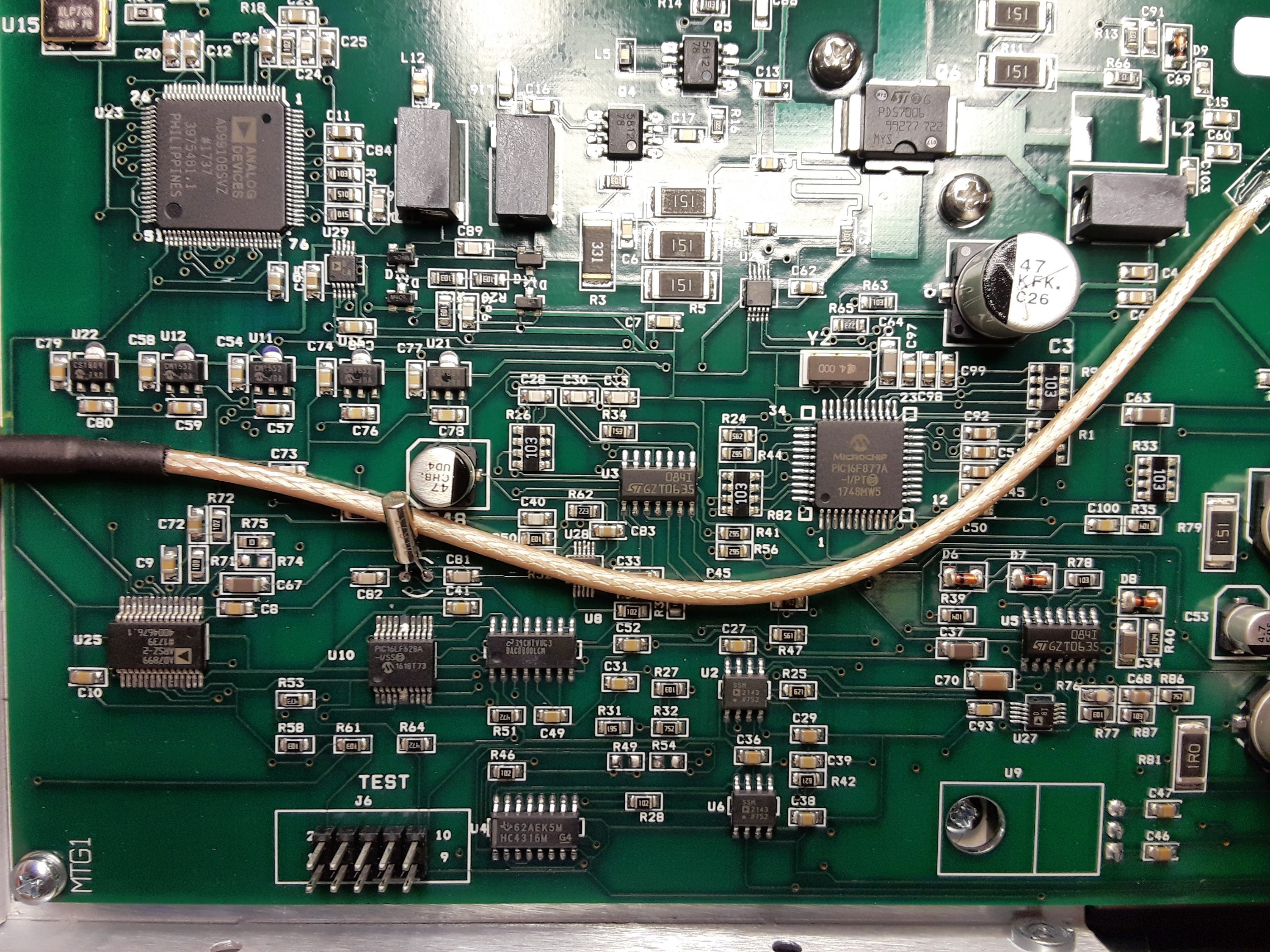 The stereo generator used to, in earlier designs, be based off a DSP that I’d heard they couldn’t get anymore. This stereo generator is what I could best describe as “deconstructed BA1414 feeding a high speed ADC”. I’m guessing the two PICs are used for timing generation and the 8 bit ADC, U8 / DAC0800LCM is probably used to generate a sine wave from a lookup table or something. conspicuously absent is any sort of audio filter to roll off program content above 15-18 khz, if this is present the generator flips the hell out. It’s a living nightmare on green circuit board. Gaaah.

Side note– the BA1414 I mentioned above is a chip made by Rohm which is used in a lot of really cheap little FM transmitter baubles and produces TERRIBLE output. It performs stereo multiplexing using a couple of poorly filtered square wave oscillators that are mixed with audio.