A small home studio I helped set up.

We sorely miss the multiple busses that we could have with a nicer board than the Mackie — it’ll likely get upgraded. The computer is running SAM Broadcaster, which is a real Swiss Army Knife… It does everything and does it pretty dang well for a small operation. 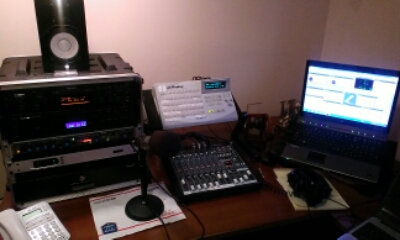 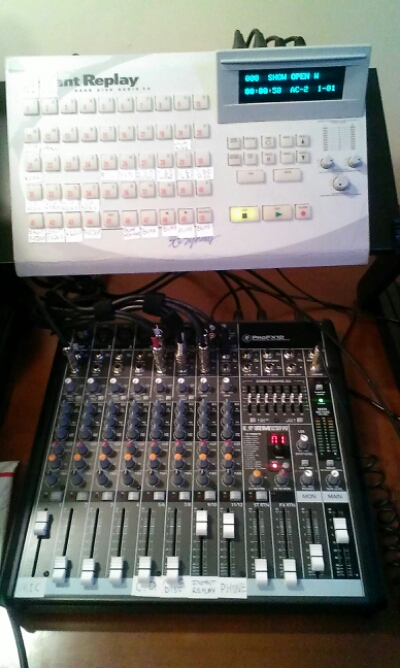 360 Systems Instant Replay… There’s nothing quite like it, as easy to use and reliable. Someday I’d love to see 360 come out with a similar box using an ssd or SDHC / Compact Flash media. That’d be beautiful. There are a few generations of this unit. The original and early model 2.0 units use a 50 pin SCSI drive, hard to find now. Later versions switched to PATA / IDE disks and a SATA may run in there with a simple ATA/SATA adapter unit. Even later models added an Ethernet port and a really goofy FTP server (it’s kinda wonky due to being implemented in about NO kilobytes of RAM).

But it’s perfect, either way. Push button, receive sound. So easy to use, and it has a pretty VFD readout which earns it extra cool points in my book.