This has been a bad week when it comes to things full of water.

First, early in the week, I was walking down a corridor at work when a big fat raindrop got me right in the eye. I jumped a little and this caused my shoes to hydroplane on the wet floor.

Upon further inspection, it was coming from a large overhead AC unit. The drain was clogged. I used a wet vac to clean up and finally to forcibly blow the snot rocket out of the line.

Then the toilet tank in my apartment spontaneously cracked open and tried to start a flood. It started with a bang, ended with the somber howl of a Home Depot cheapie wet vac.

Then I was informed that water was pouring thunderously down the side of the building while I was at work. The fault was one we’re not unfamiliar with. 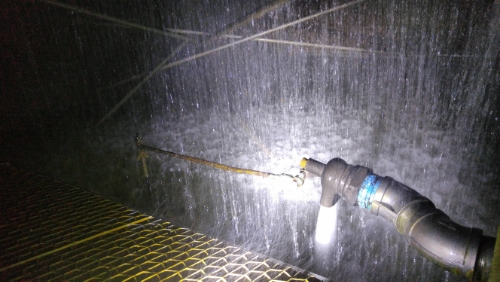 The thing in the foreground is a large ballcock like that which would fill your toilet. Something was wrong inside it and it wouldn’t stop gushing so I reduced the water flow to it from a roaring geyser to a smaller, “someone left the sink on” flow and went back inside.

Later, the 11 pm news had just ended when I heard a very odd noise in the building and started trying to track it down. My first thought was maybe the water level in the tower had fallen, but there was still water pouring off the roof, so that couldn’t be it. It seemed like a lot, actually. And that’s when the temperature alarms started going off….

I switched on a backup ac for our most critical server room and took a look at the pool on the roof. The first thing I noticed was it was overflowing but I didn’t hear much water flow in it and the fan wasn’t on. I peeked inside again and realized that this time I couldn’t see the sieve at the bottom anymore. I opened the filler valve back up full blast so I could also use the garden hose up there.

Uh oh. I located a stick and started poking around. I found the sieve had become totally occluded with a mat of algae.

The next thing I knew, I was looking at the sieve…. but no water. It was running down there as fast as it filled the basin, but now it was also raining down through the fill like it should, albeit slowly.

It continued to do this a while as the entire system refilled.

My only thought is that the entire system had basically started sucking air back through the overflow pipe adjacent to the main drain/return as the sieve plugged, and the pumps had cheerfully returned all the water back to the overflowing tower until there was just about nothing left but the small amount needed to churn back and forth in the pumps and make awful sounds.

Once refilled, I found all the AC units cooling once again, and the awful sounds absent.

But why the slime? There’s a system to prevent that…. 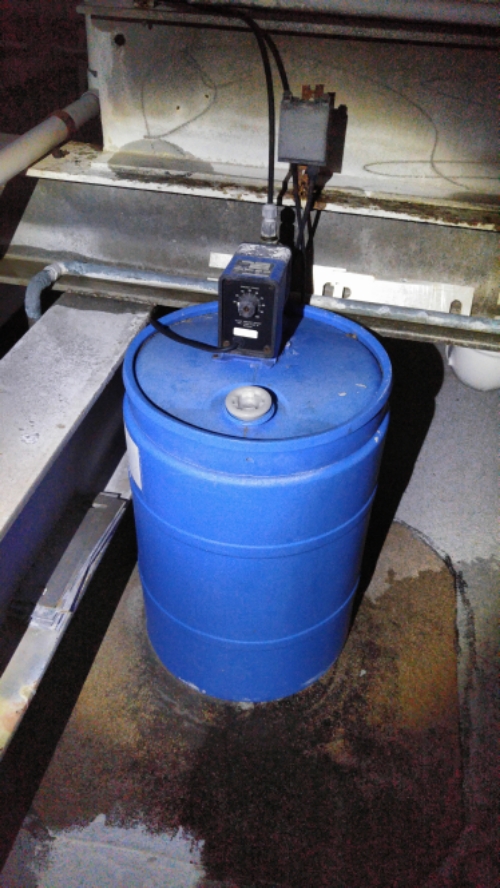 The barrel. What’s in it? 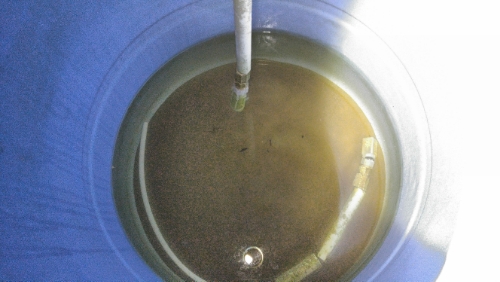 Nothing. In fact there’s algae in the barrel itself… 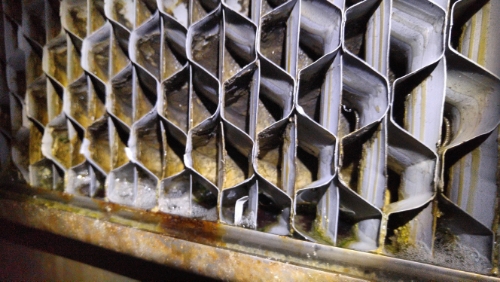 Algae and calcium build up all over 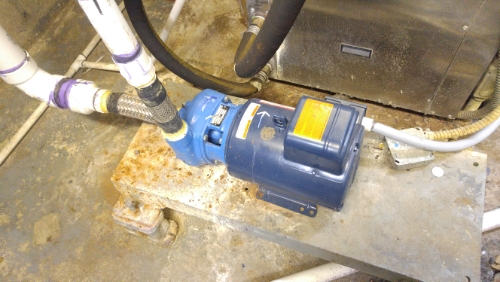 A pump that sounds fouled 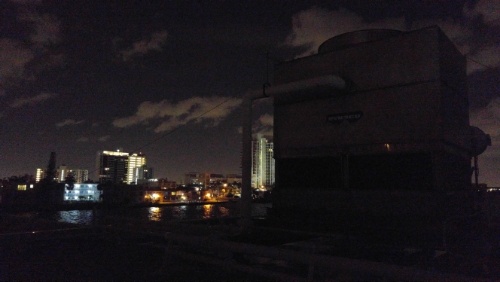 And a cool looking skyline

So at least there’s that

Also, for no good reason one of the air handlers seems to have experienced an accidental thrust reverser deployment and yacked all over the place 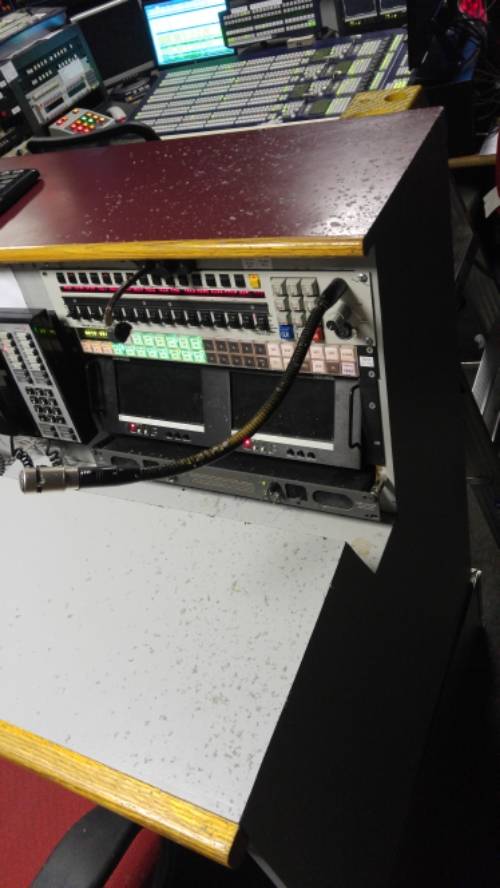 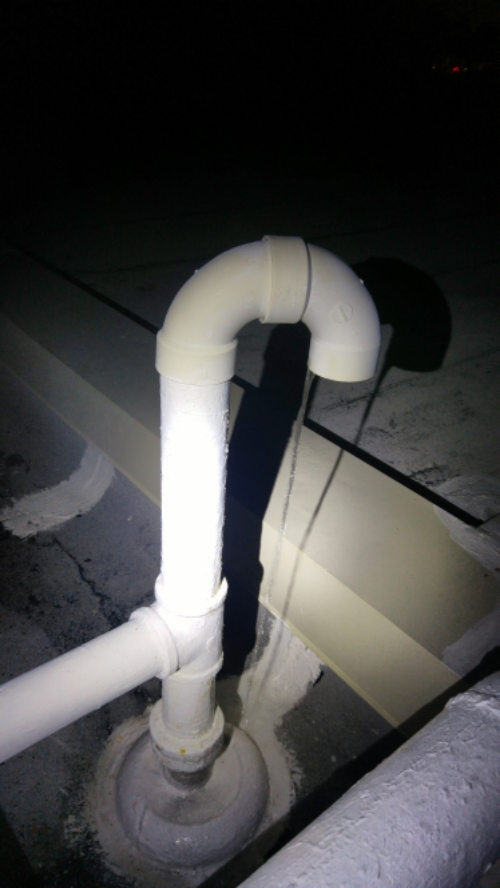 And it’s still pissing itself. At least everything is staying cool… 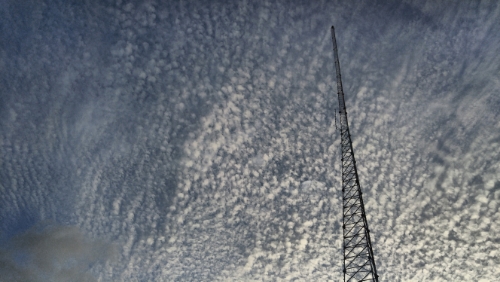