I’ve always found the old school triax connections used for some studio cameras….. charming. Triaxial cable looks mostly like a RG-6-ish coax with another dielectric layer and another braid over it, with the end result looking a bit more like RG-11… until you see the freaking WEIRD connector it terminates into. It’s like a ginormous shell around a BNC. Trust me when I say you do not want to be coiling this cable up and have the connector fly over and smack you in the— uhhh— output spigot and terminating resistor. OW. But anyway—

Cameras hooked up by triax can be powered over the triax. To do so, the Camera Control Unit (CCU) sends a high voltage – 120-170 vdc I think, down the cable, between the outer and inner braids. A DC/DC converter inside the camera powers it and any ancillary equipment like lights hooked up to the 12v output it provides. It works great, but you MUST ensure that the voltage has been removed from the cable before unplugging it. On some systems, it seems like powering down the camera tells the CCU to stop sending that voltage (or it drops to just a few volts – just enough for it to power whatever onboard the camera tells the CCU that the cam is connected and requesting to be powered up?). Anyway— at my old station I had a few instances where someone would unplug the cable hot and it would make the camera mad or even carbon-track the plastic inside the connector.

Today I found out what happens if the cable ITSELF gets angry:

From top to bottom: The outer jacket with subtle black mark from the fault within, the middle dielectric and inner braid, and the outer braid, which frayed then burned in half at the fault location.

The ridges are from the connector’s strain relief. This fault occurred right behind the connector, where the cable was getting flexed a lot.

The CCU reported the cable was shorted out, and this was confirmed by a resistance reading of about .15 ohm at the connector on that end as measured by the onboard multimeter on a Tektronix 2236

All three elements of the cable – the center conductor, inner braid, and outer braid were shorted together.

I was able to lop off the end of the cable and remake the connector. The connectors we had in stock were circa 1996 and were made by Kings about, oh, two corporate umbrellas ago. Currently they’re under Winchester Interconnect and Winchester has no documentation on the connector including what the strip lengths are for the layers of the underlying cable. Canare and Cinch have different takes on the same thing. I managed to get it back together with new parts for the center. 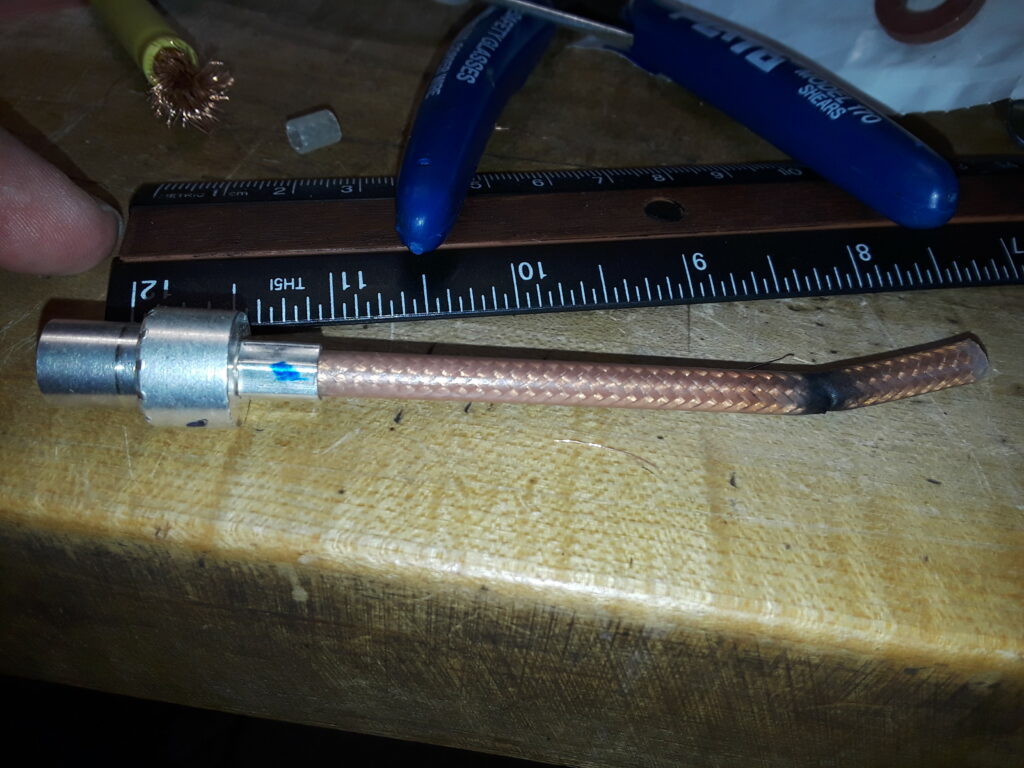 The center is pretty much a crimp type BNC. Not shown, the….. ridiculous oldschool clamp thing used to hold the outer braid to the connector body, nor the giant ball-bonker connector body itself. 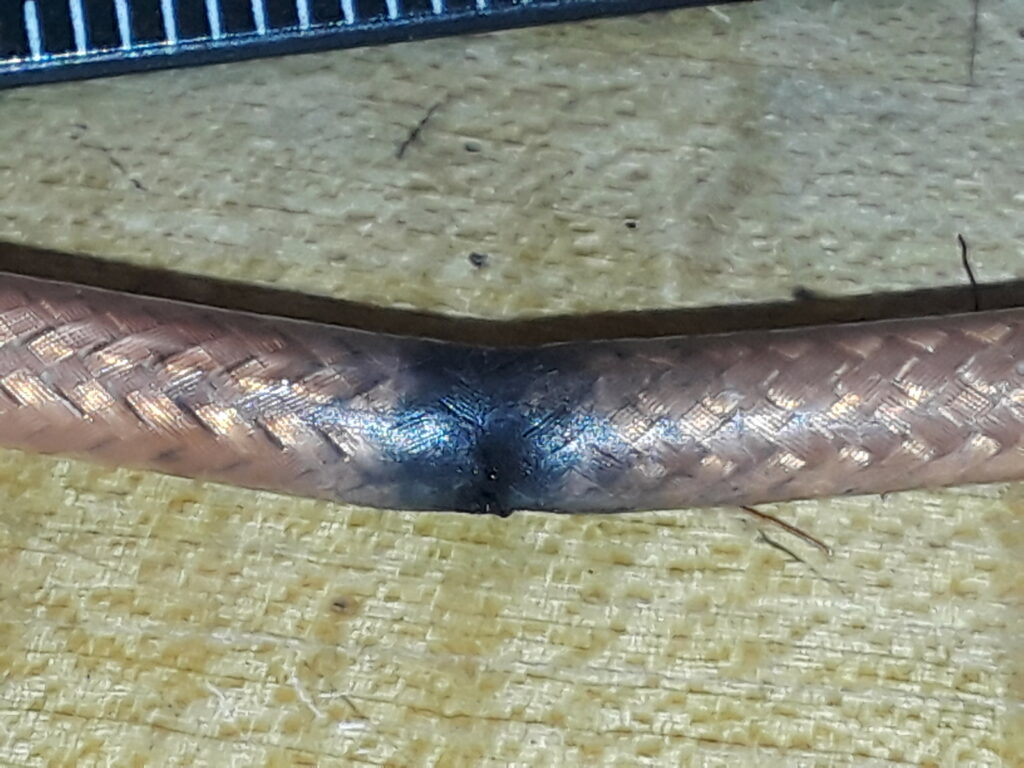 Not sure if it’s the world’s most perfect installation, but hey, it passed the Smoke Test and the camera’s back up on it and in service.