The Shitty— I mean, City of Miami has been going positively ape for these giant piles of turd as of late. This is an American Traffic Solutions RLC-300 red light extortion camera. When it detects someone entering an intersection on a red light, it shoots two still images and one video clip, and the violator receives a bill for around $160. The appeals process is completely rigged and if you lose, you pay $300. Cute little scam, right?

The City of Miami has been installing these on almost every intersection with traffic lights and has even put in signals at intersections that didn’t have them before to open up the gates for even more camera revenue. Foul.

So here’s what you’re facing when you approach the intersection. First, you will see a fairly standard sign. They’re not stealth, in fact I’ve seen at least one that has a warning light above it. 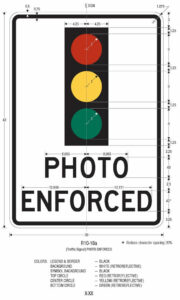 The camera installation itself varies. Some installations are the original Axsis RLC-100 setup and will have a TON of cameras aimed at the intersection – a little tree of video cameras is aimed down at the stop line, with one looking over the intersection itself. A second pole holds a high resolution DSLR in a box sort of thing and a control unit, and a strobe is either mounted on that or on a third pole. The newer Axsis RLC-300 is usually on a single pole with the video and still camera in one box, a radar sensor, and a strobe.

This one pictured is at the intersection of Coral Way and 27th Avenue in the City of Miami. This intersection has VERY long queues approaching it, unusually short yellow lights (I haven’t timed them to see if they’re in compliance with Florida state law, but they’re definitely on the lower end of the allowable spectrum if they are) and a severe visibility problem, in which someone following a tall truck is very likely to hit a red light without even seeing it. 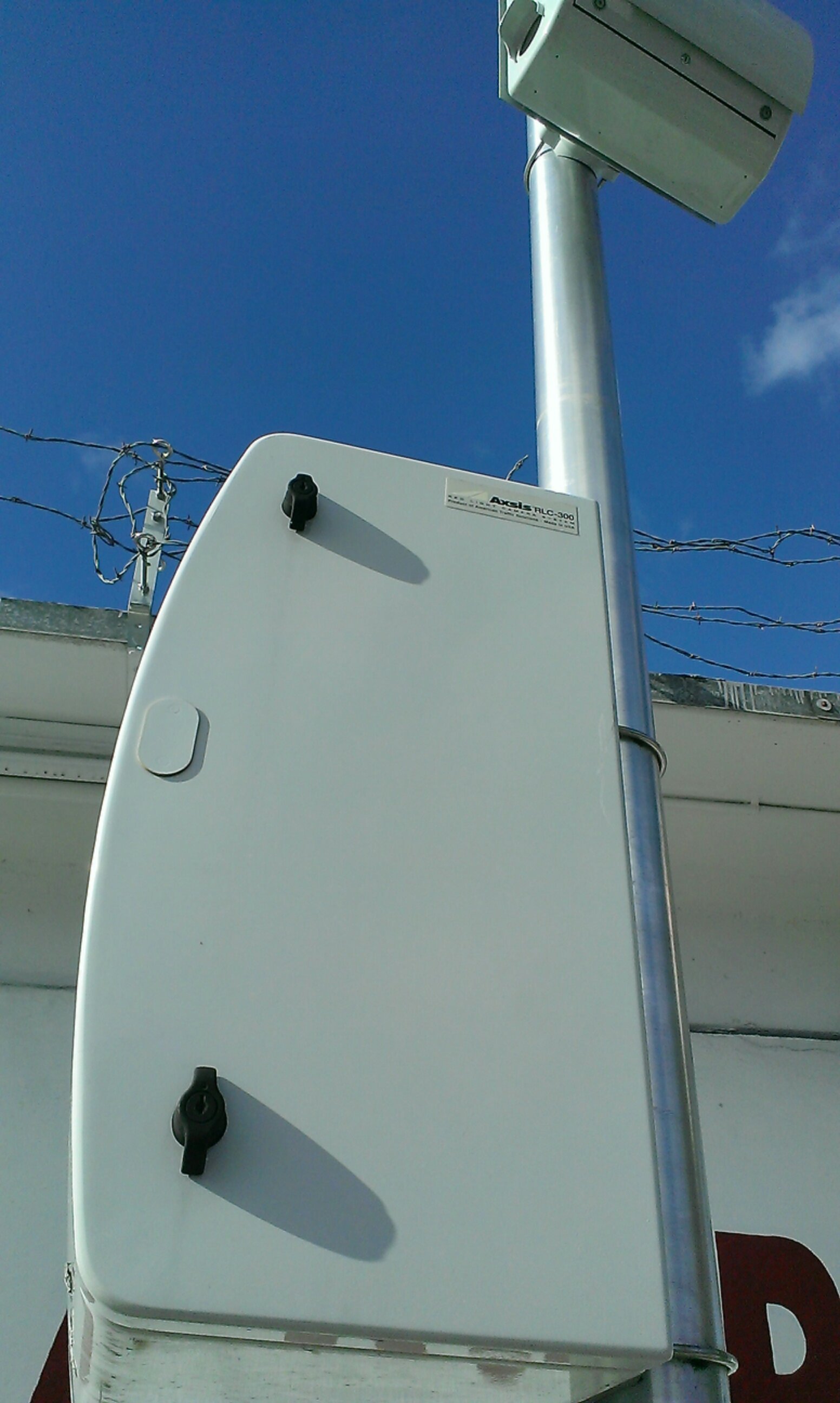 The camera’s control unit has a pair of antennas on top of it. I’ve seen rumors floating around that this is a WiFi based system of some sort. I have no idea what they speak on newer cameras but my BlackBerry used to be able to detect a nonsense SSID being beaconed by the old RLC-100 installations. Using a wifi card in rfmon mode and KisMAC or similar tools will probably reveal more interesting info. There seems to be a limit as to how many lanes of traffic the RLC-300 can handle, as I’ve seen installations up in Broward County with two or more of them aimed across wide intersections.

At the top of the pole is a radar sensor. The RLC-300’s logic appears to be this: If the light is red AND a magnetic loop at the intersection’s stop line changes state AND motion is detected by the radar, then a recording cycle begins. I used to be able to regularly false trigger the RLC-100 series cameras in the City of Miami Gardens by pulling up rapidly then stopping just before the stop bar, since they had their magnetic loops installed all wrong. Some peon sitting in an office somewhere had to sift through the resulting videos and enjoy a daily video of me NOT committing a red light violation. I like to stick it to The Man, but the RLC-300 is too smart to record if no violation actually occurred. In fact, it is smart enough to abort a recording cycle already in progress and can the data if it sees that nothing interesting happened. Poo. 😛

The newest installations, called AutoPatrol RLSC-3D, also feature a radar sensor on the opposite corner of the intersection; this is used to track the oncoming traffic and improve the reliability of violation detection. 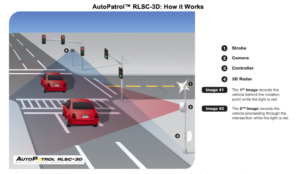 Now if you find this post because you’re curious as to how to fight a ticket — I have no clue but I’ve heard it’s nearly impossible. Consult an attorney to see if you have a chance, but be warned, you’re probably just going to pay more in fees. In Florida, the red light camera tickets do not count as points against your license but they are available as public record; I recall someone using them as a mudpie in a recent bout of political mudslinging. Good times. I don’t know if insurance companies receive that data as well or use it against their clients.

The way to deal with these cameras is to avoid them. Waze and Trapster will provide advance warning, though the signs aren’t exactly inconspicuous. The key though is to be ready to stop early, especially in wet or slippery weather, and don’t follow tall trucks closely. Take a momentary glance at the pedestrian crosswalk signals at the sides of the intersection – if the white WALK indicator’s up, you’re pretty well safe to cross, but a blinking STOP indication means the money-grubbing cycle is about to commence. The signals with an LED countdown timer are especially handy here, and they seem to be present on almost all the intersections that also have cameras, just as a matter of ongoing modernizations. Just watch out, I have seen some intersections within the City of Miami set to have as little as a 2 second yellow offering almost no chance to stop safely from normal traffic speeds (US1 and 32nd Avenue is a common offender here).

The State of Florida is currently considering banning the cameras. I can’t say I’d miss them. They have actually made intersections MORE dangerous, as there is a mad dash to stop or to beat the quickly changing light on the approach. I’ve seen several T-bone type crashes at over 80 mph in areas with a 45 mph speed limit that occurred from someone trying to beat a light. Please… don’t speed.

One other hilarious thing I discovered: As of 2008, ATS, like many other business ventures that subsist by nickel and diming the American middle and working class out of existence, is now under the portfolio of GoldBallsacks… I mean, Goldman Sachs.

One thought on “Some thoughts on the Axsis of Evil”