Never a dull moment. See this breaker? I flicked it earlier in the week to reset the transmitter’s control shelf (just visible off to the left of the photo with its huge nest of ribbon cables). 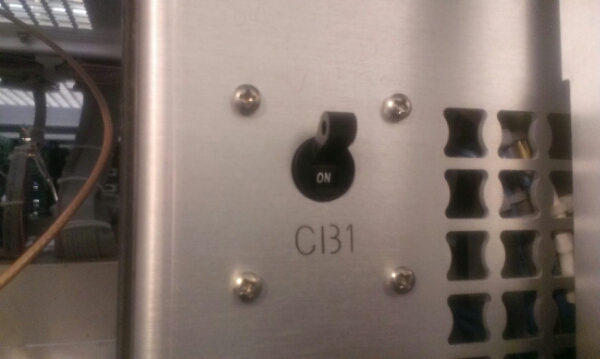 Then came the phone call on a Sunday morning that we were off the air. I came into the room, opened the back of the transmitter, found CB1 had tripped, reset it and began to walk away…

And then came the explosion. Yep, my transmitter SHARTED. Here’s the aftermath.
This particular Harris Z16HD+ is wired for 480 volt 3 phase power, 3 wire (L1, L2, L3, ground – no neutral). Unfortunately, someone up in Quincy didn’t get the memo, and breaker CB1 was specified as a 240 volt breaker. When the explosion occurred it went with a big DOOOONNNNNGGGGGGG sound that I kind of felt more than I heard, made the room stink of ozone, and sent Bakelite shrapnel everywhere. I had an afterimage of the power entry area for about 15 minutes, and when I went over to turn off the main breaker on the wall, I found it tripped! My suspicion is a phase to phase arc somehow started on the breaker as soon as it false tripped.

Of course it had to do it on a Sunday morning when local sourcing of a replacement part would be completely impossible. 🙂 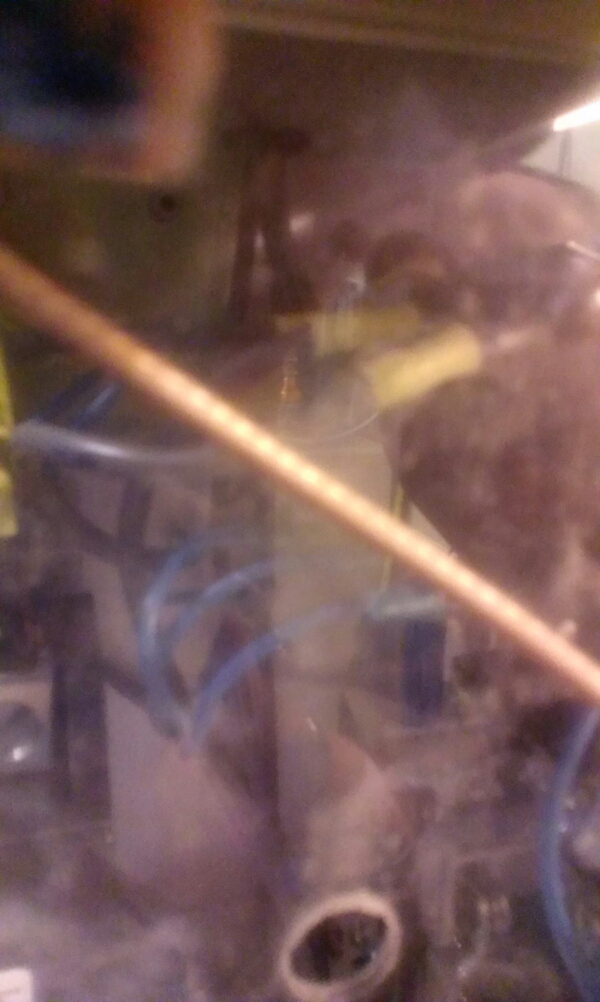 A view of the high voltage area after the explosion. It got the plexiglass really filthy with smoke and sharted bits of Bakelite everywhere. 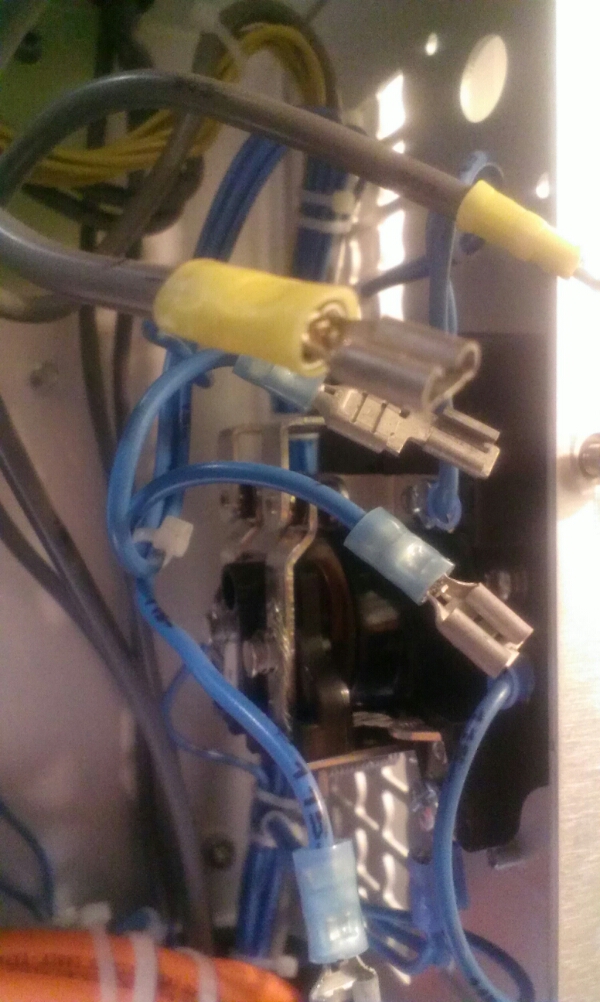 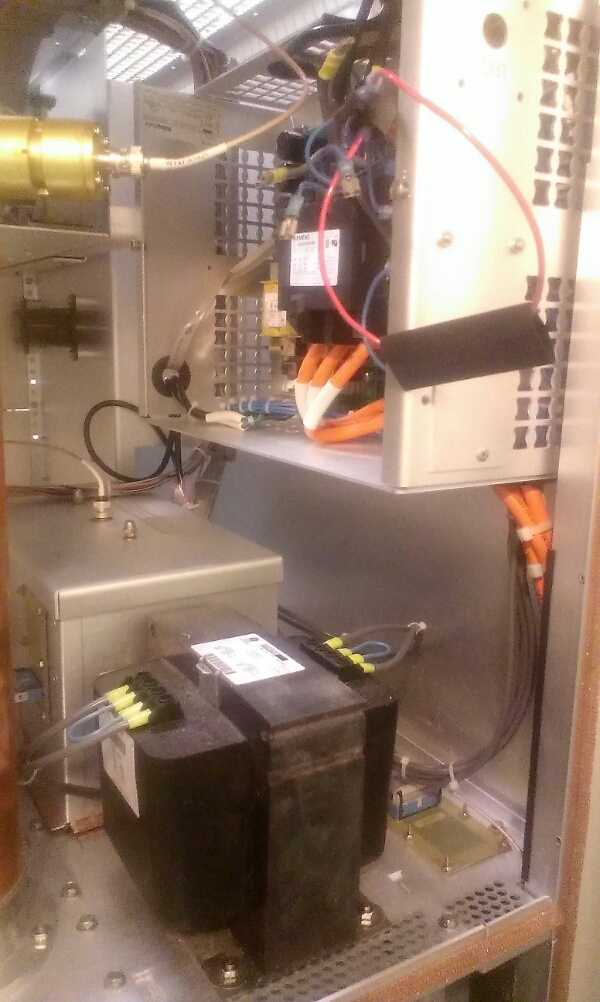 Jumping out CB1 until a replacement can be found. Sometimes, sadly, you’ve gotta do things you aren’t proud of. 🙁
CB1 controls power to the big black transformer here, which steps down the 480 to 240 for the low voltage supply board inside the cage at the upper right. I thought at first it might also power the fan but the schematics suggest that’s not the case. Then again they don’t show what CB1 does either. Argh!!! 😀 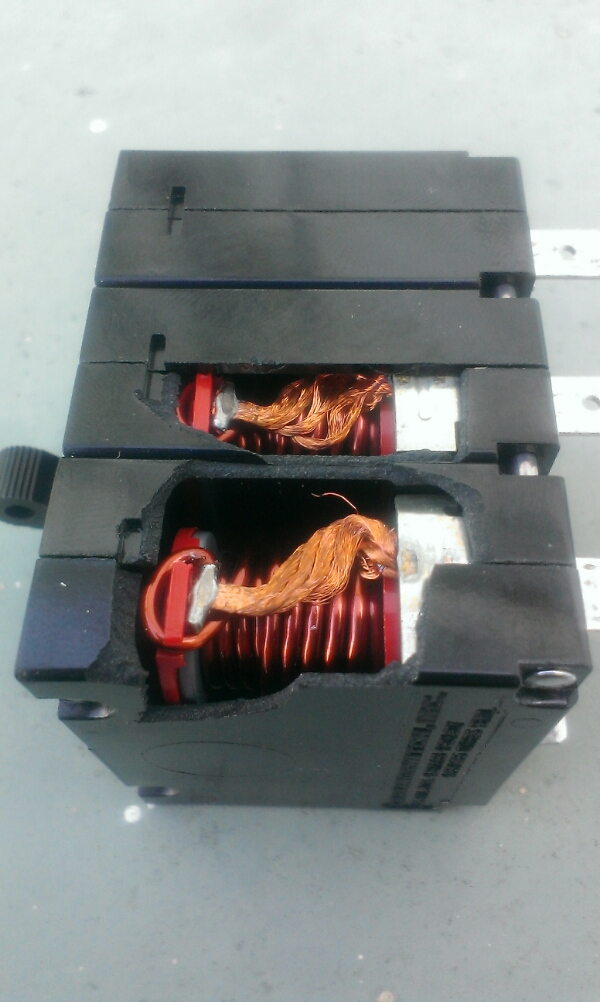 Upon removing the CB1 breaker from the transmitter I found these holes in the bottom. The flexible copper braid was smashed and basically welded to the solenoid coils! One of the coils is also distorted. 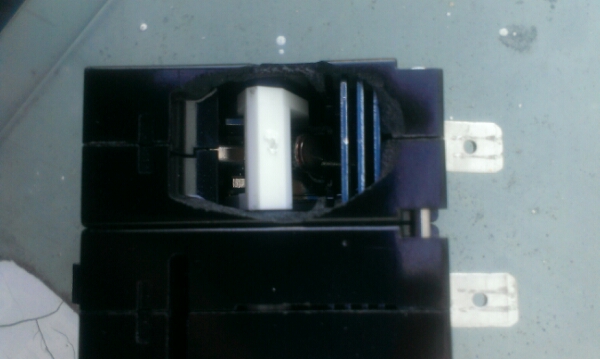 The contact area had also cratered on one of them.
On this pole of the breaker I was able to manually activate the trip mechanism through the hole and noted that tripping one pole DOES NOT trip all the others!! This probably contributed in a big way to the event being as ugly as it was.

The plastic came off this corner of the breaker after I flipped it on and off a few times. This coil doesn’t appear distorted. 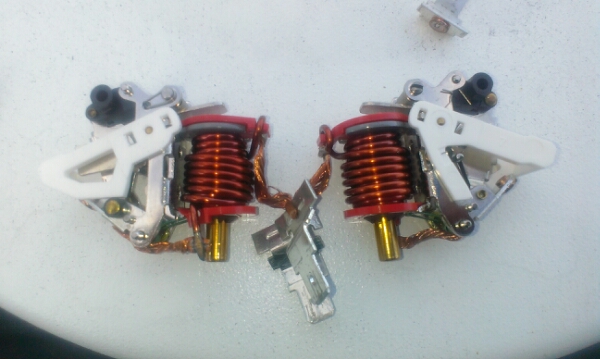 After disassembling the breaker further, I found this – the distorted coil is on the left. There was a surprising lack of carbon tracking or any signs of trauma – I’m suspecting the parts that got hit by the arc were just blown to pieces and showered around the transmitter cabinet. 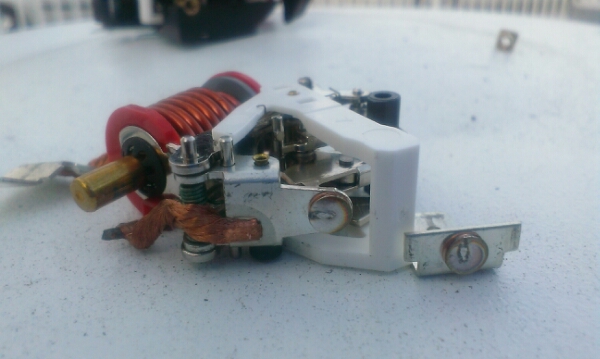 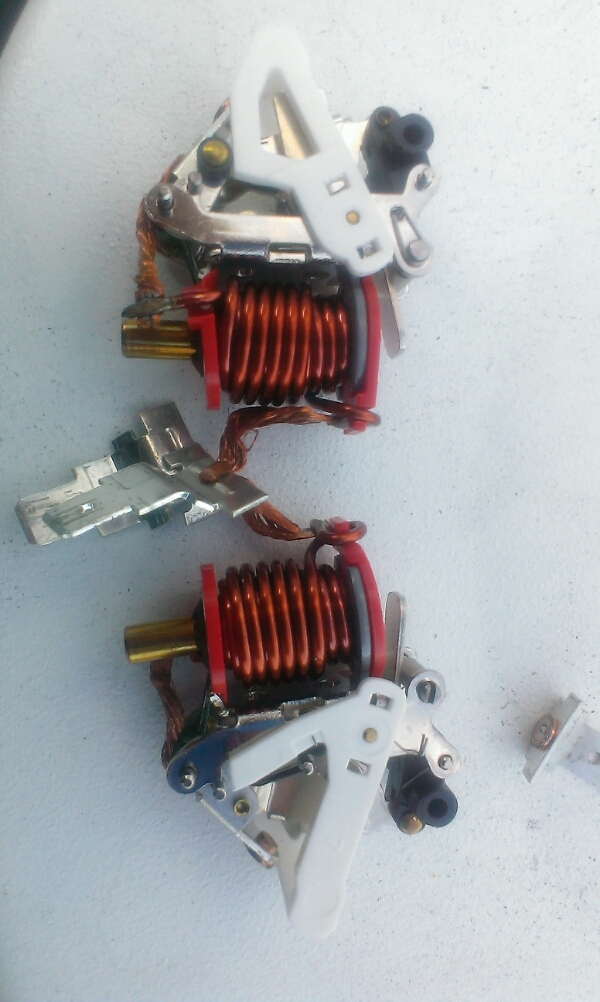 As you grow up you learn to never trust a circuit breaker fart. Let this be a lesson though: ALWAYS operate overcurrent protection devices within manufacturer recommended voltage ranges, and also, do not use AC only breakers on DC.

Oh, by the way, the “spontaneous disassembly” or “sudden disassembly” phrase is the politically correct way of saying “explosion” as not to freak out your customers, stock holders, the Consumer Products Safety Commission, etc. It’s “bullshit”, placed in quotes to differentiate it from actual bull shit, which makes a great fertilizer.

One thought on ““Spontaneous Disassembly” or EXPLOSIVE Z-Bola.”