Three years ago I looked up at this room full of LED track light fixtures and wondered why they kept failing? Each has three LEDs in series, they appear to be a Cree XLamp series white lighting LED.

Eventually one, two, or all three would fail shorted, leaving the lamp to just get hot but emit only useless dark.

DEDs. Dark emitting diodes. Upon inspection it was revealed on most that the LEDs had visible burnt spots and sometimes cracked encapsulations. Removing the metal core pcb from the heatsink revealed very poorly applied heatsink goo.

And just now I found this app note on Cree’s site: Avoiding cracking in ceramic substrate LED products. I immediately went over and looked at one of the questionable units with one LED failed. One of the most common causes they illustrate is cracking between two or more mounting screws.

Cracked… More or less parallel to a line tangent to the intersection between two mounting screws.

Well then. I used to think the faults were due to electrical malfunction but it’s pretty clearly mechanical.

Ultimately, fixtures from a different manufacturer were purchased and used to replace the ones that were snapping their diodes. Still, I would love to have been able to yell at the manufacturer about this three years back. Oh well…. With modern consumer electronics, the consumer is the quality control. 😉

Made In China. Landfilled in USA. 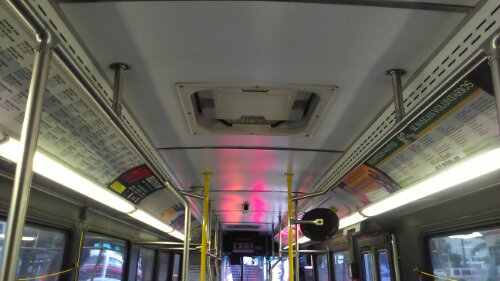 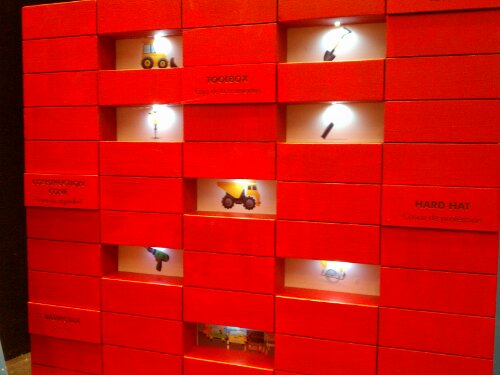 Neatly recessed LED lighting I installed in an exhibit for the Miami Children’s Museum. Shadows be gone!!

I have yet to find an exception to this rule.