A police officer just warned me not to leave the property of my apartment complex and cross the street over to the trashed mobile home park across the street because they’ve already hauled off five of my neighbors from this complex for walking over there under cover of darkness and looting. 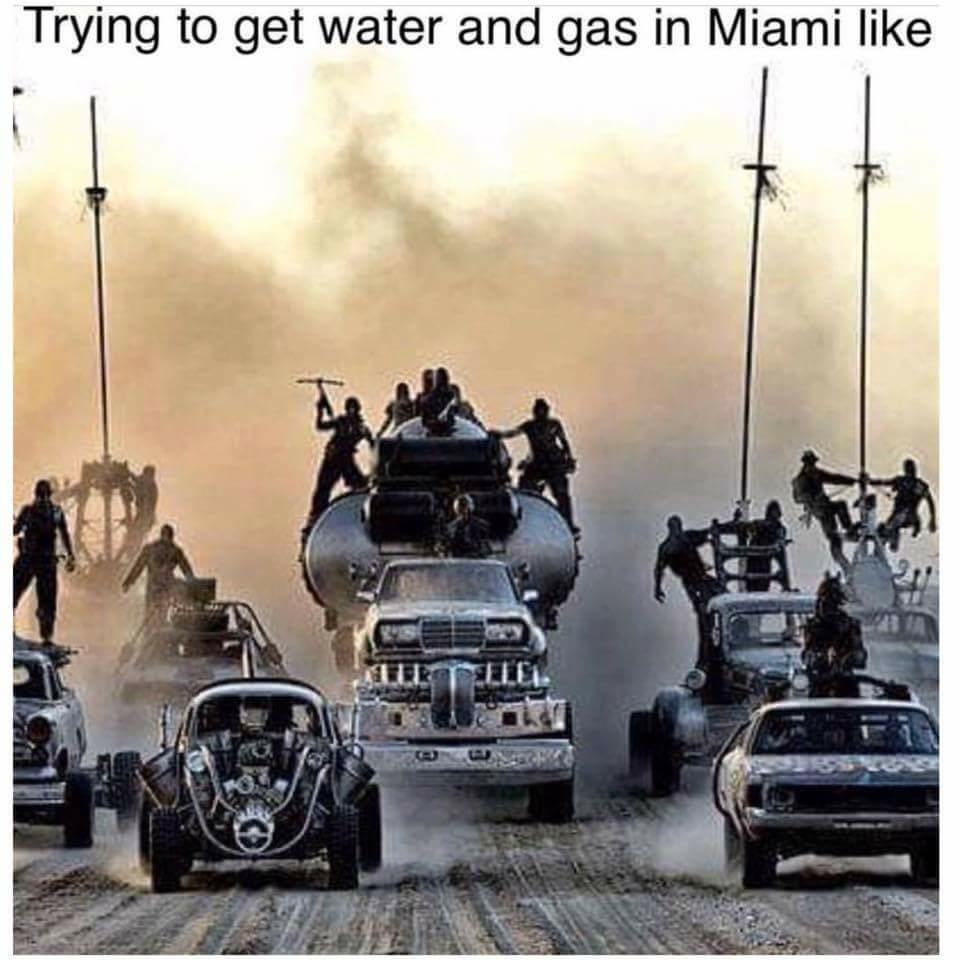 So we made it through Irma. No power and our phones just started working this evening. Ham radio was useless as there are few people on it here and the repeaters are awful little things with no emergency power. Until Internet access returned, the only source of local information was BBC World Service being carried by WLRN. Broward County isn’t telling local media anything. Glorious!

The area is a total mess. At this point I’m just looking forward to getting away from it. That’ll be a while though as our gas stations all went dry SEVEN DAYS AGO and none have been refilled. Some stores have reopened on limited hours (due to the curfew I only know about thanks to BBC World Service!!) but they are not restocking.

Had the first real dinner in a while tonight though. We used one of the big iron charcoal grills out in the common area to barbecue some burgers and hot dogs. I never want to see crackers and peanut butter again.

Just looking forward to things ascending back from “third world post apocalyptic” to “third world war zone” as usual. Le sigh. A cold front would be just as welcome.