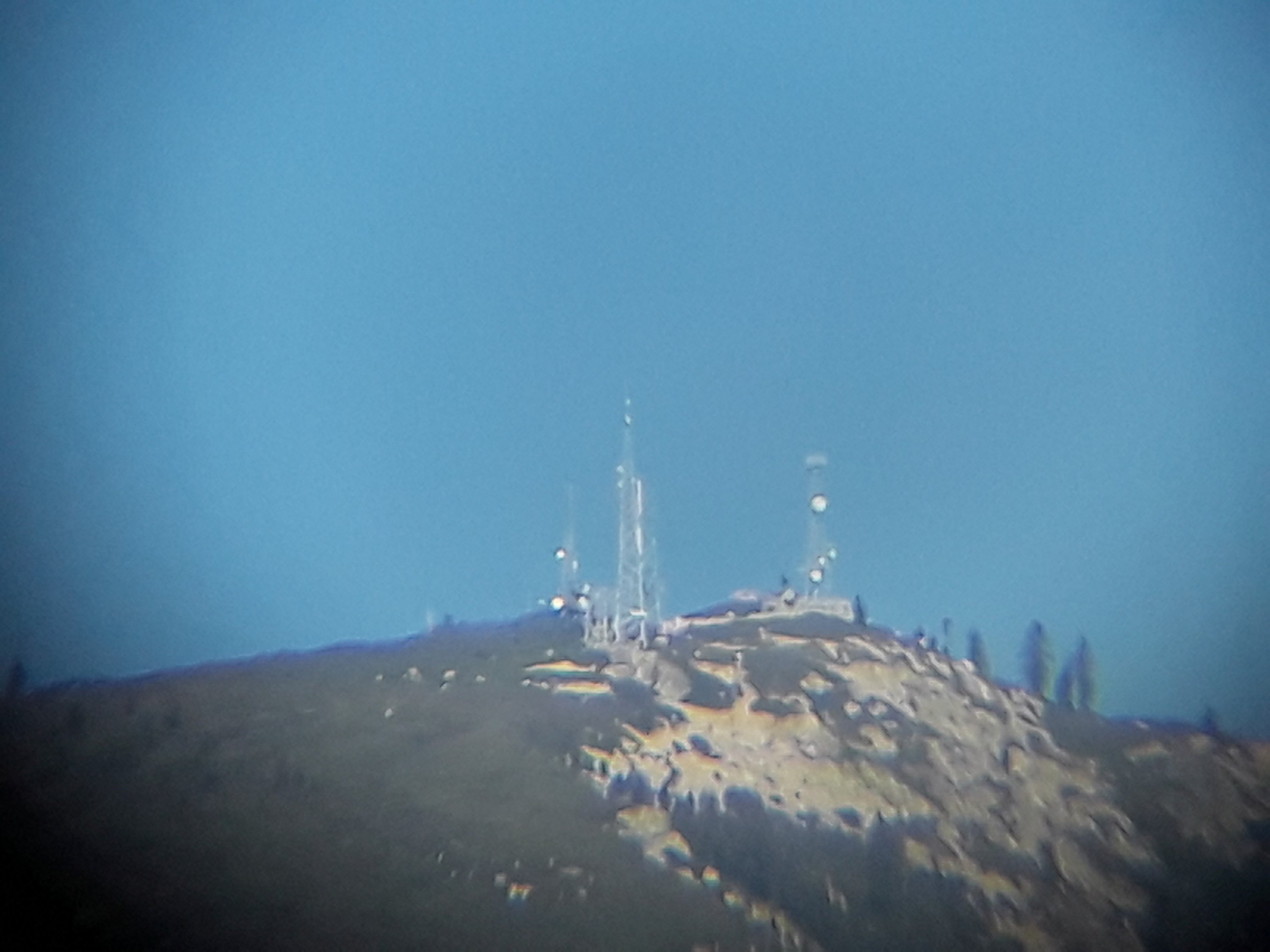 This winter, KNCQ-FM began to have trouble. This kicked off a series of long days, late nights, and the filing of a couple of Dutch Bros Coffee stamp cards. Seriously, I love Dutch Bros. Anyway…. 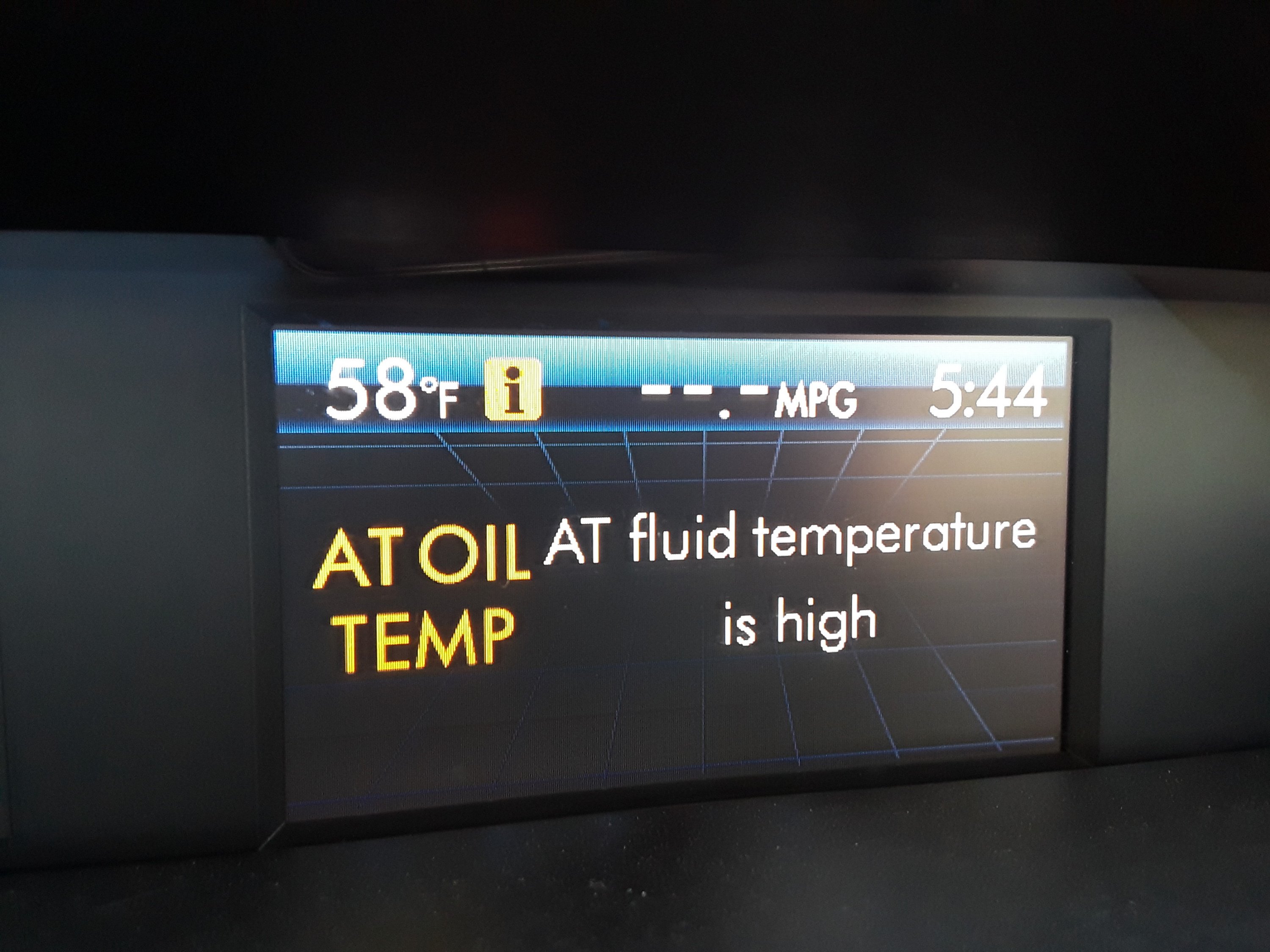 This is a really common theme. If I have to take my Subaru up to the top, I end up stopping three or four times to let it cool. I should have gone with a manual. 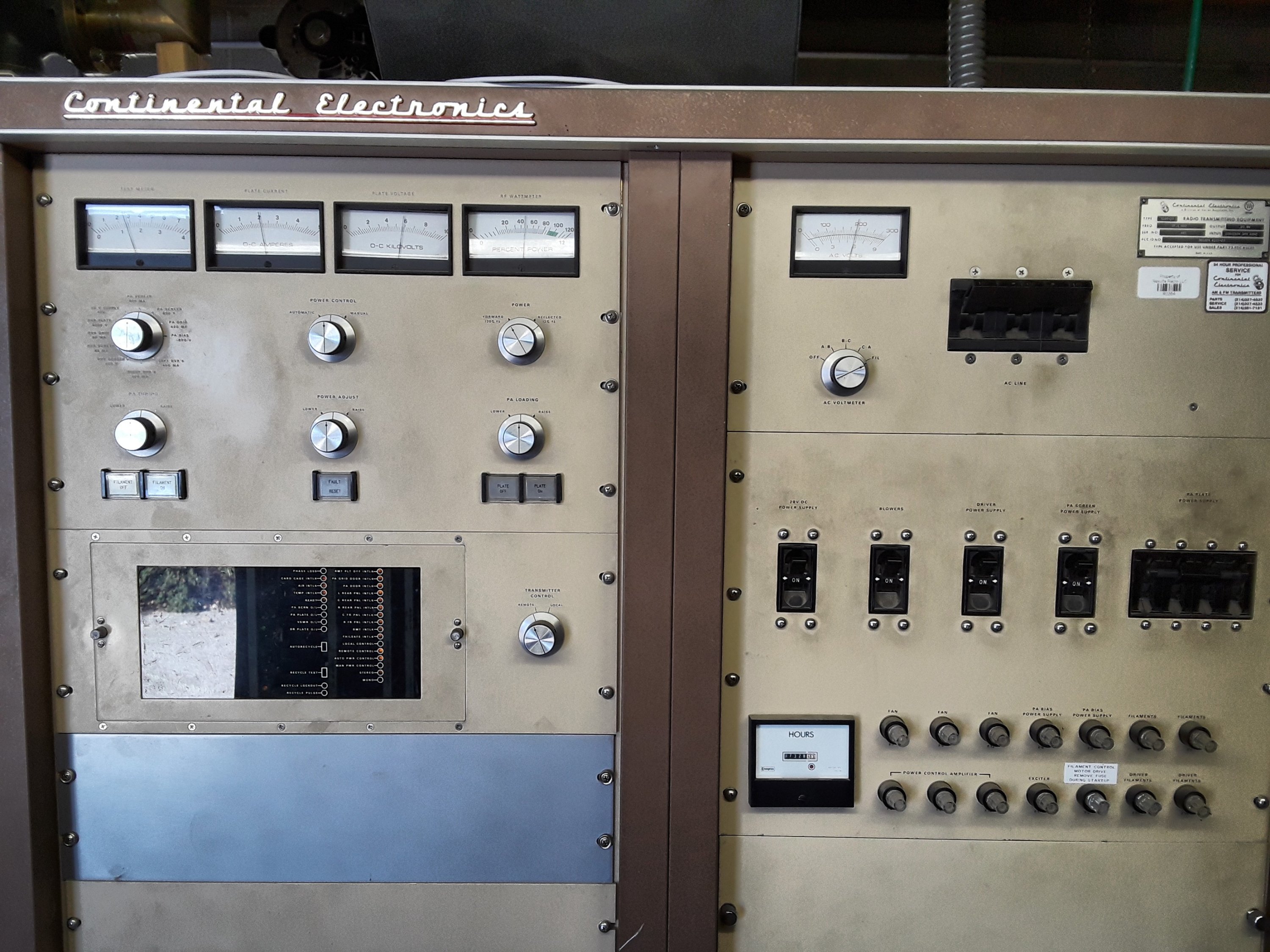 So ?️eige ?️oi here is up and running again, one set of tubes, a lowpass filter, one assortment of HV wire problems, a new exciter, and a new plate blocker later. There was lots of weird arcing damage in the cavity and the lowpass filter. But why? Well, at times the reflected power was a bit nasty. On a visit to change the LPF unit, Steve Wilde noticed that the top radome of the antenna appeared bashed in. 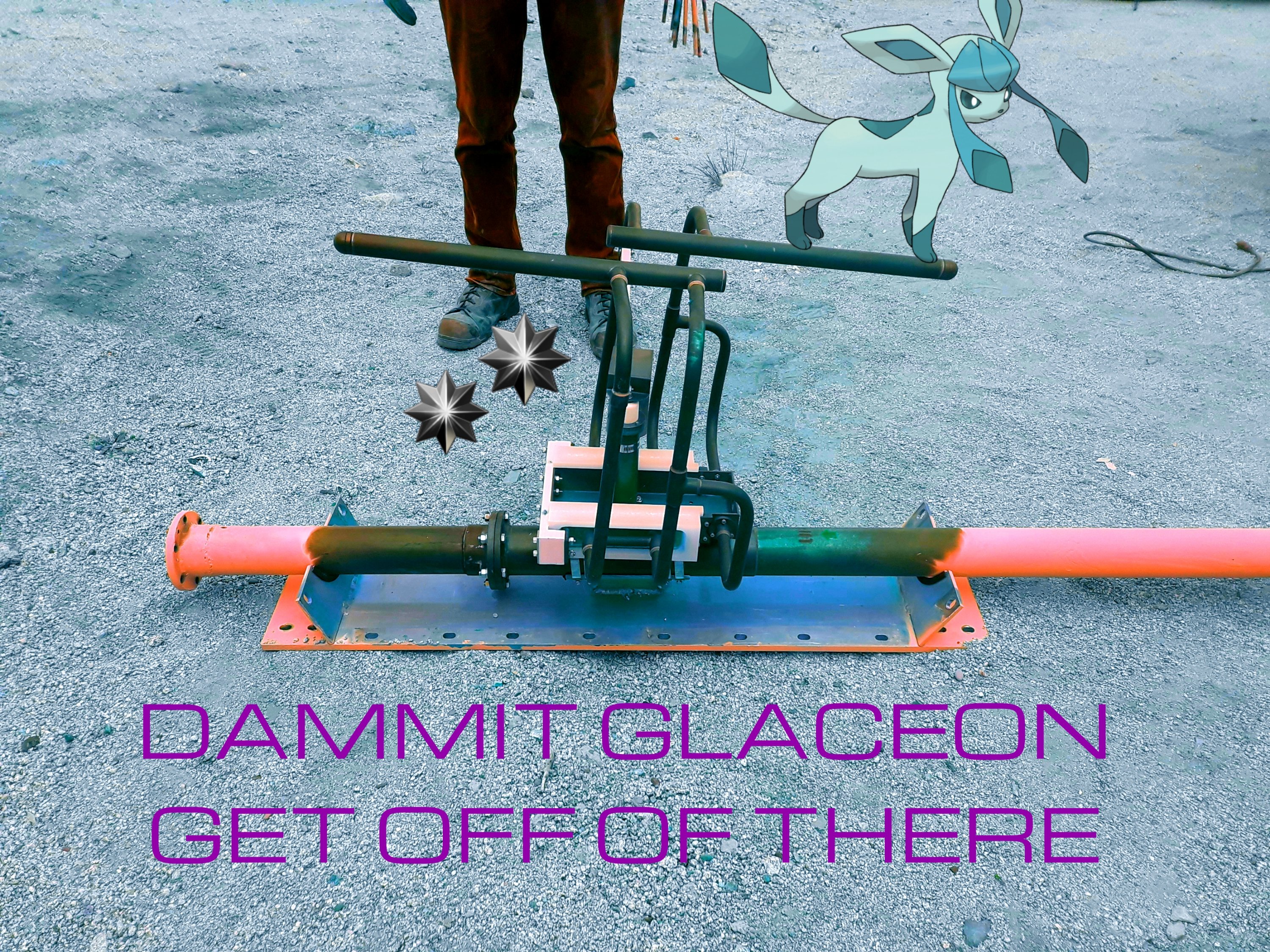 It was super effective!!! Ice damage not only totally obliterated the top of the radome (not seen here as I had to run to the other site where the aux was acting stupid) but bent the bay and the undamaged lower half of the radome clonked the vertical line below the tower mounting bracket that got snapped off. It got tehpwnzriated.

After this first visit where the damaged upper bay was removed, I tried to put the QEI Quantum 500 watt back on. It lasted about an hour then dropped to 1.5 watts out while still drawing full PA current. 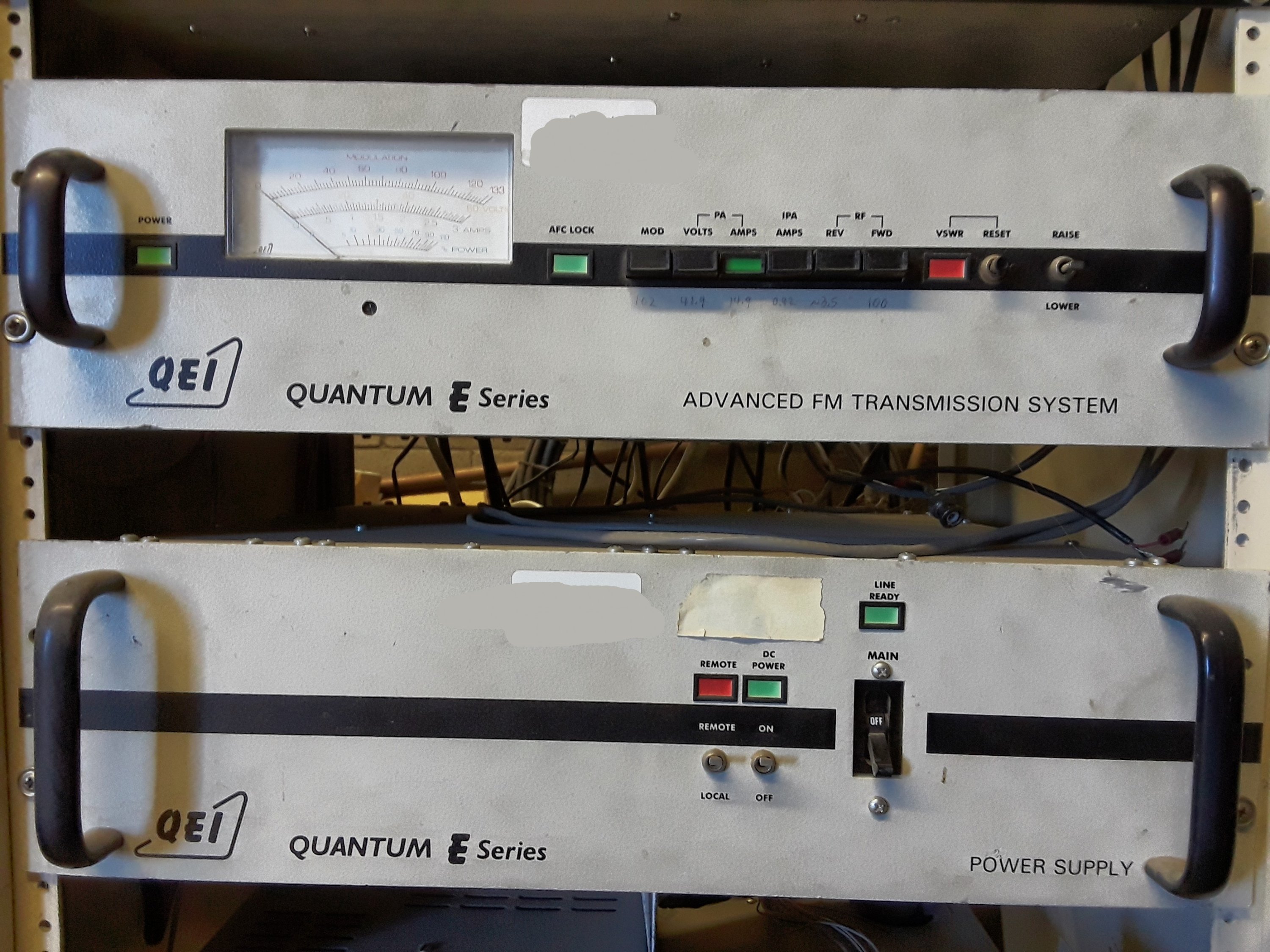 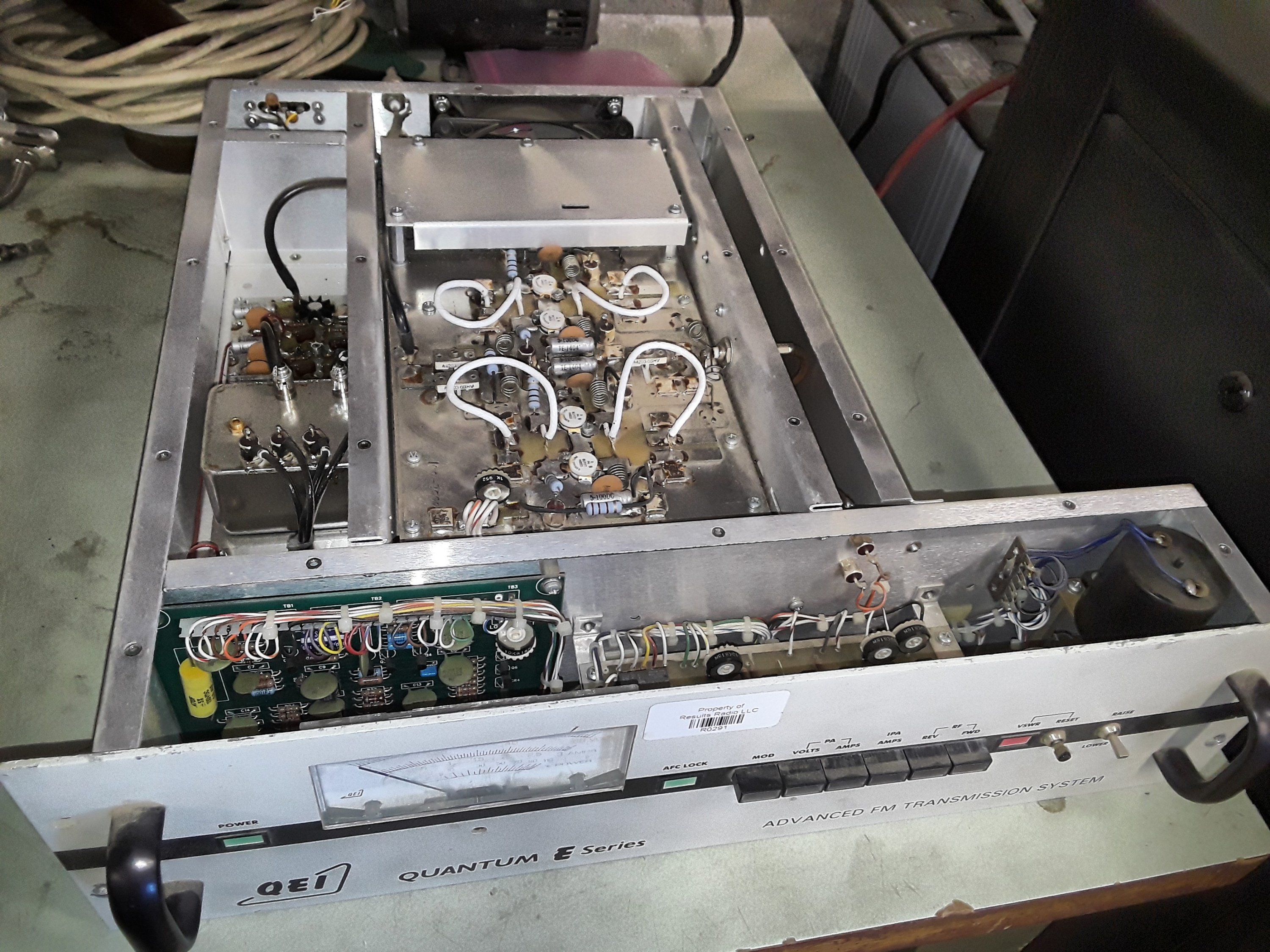 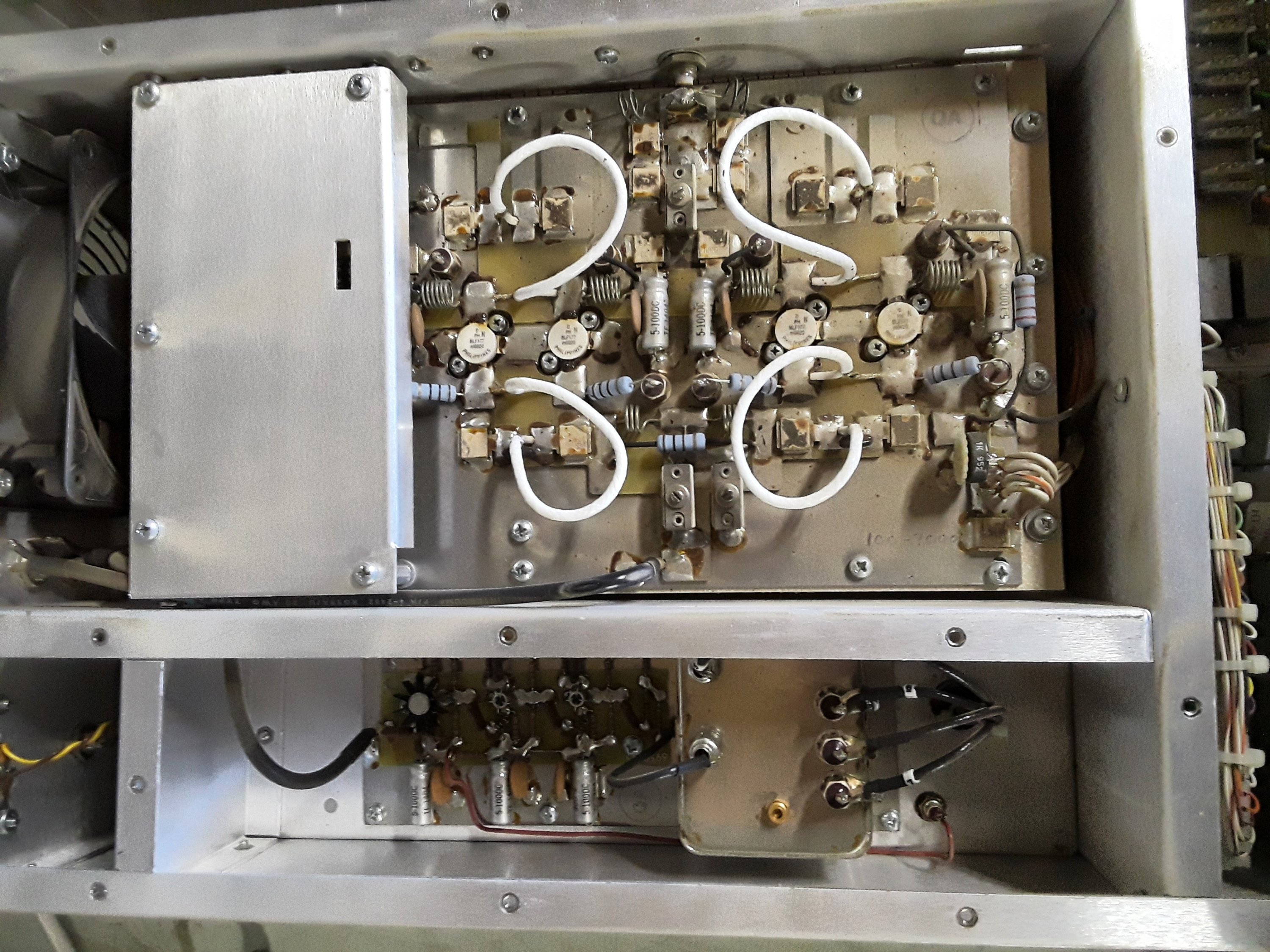 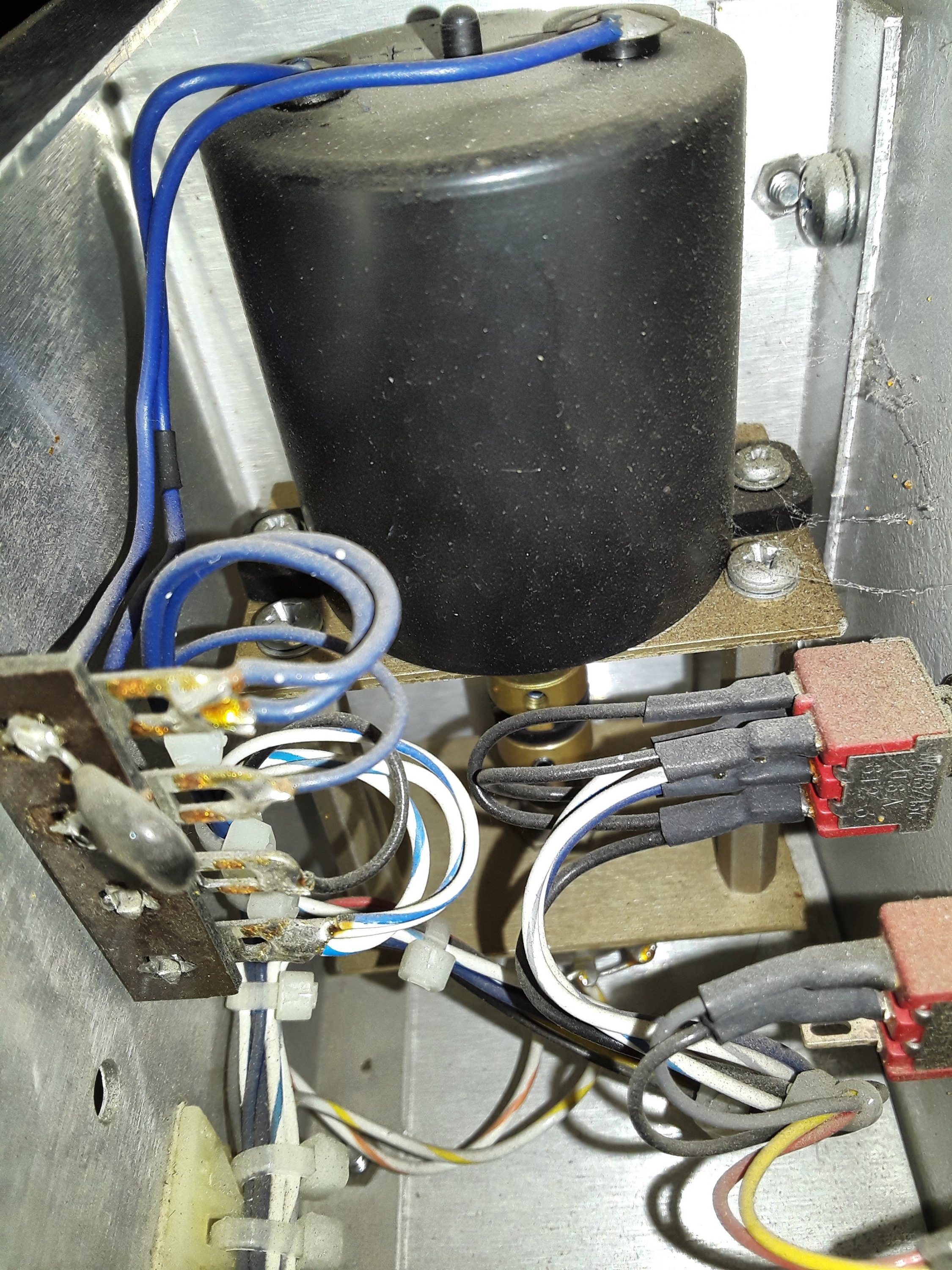 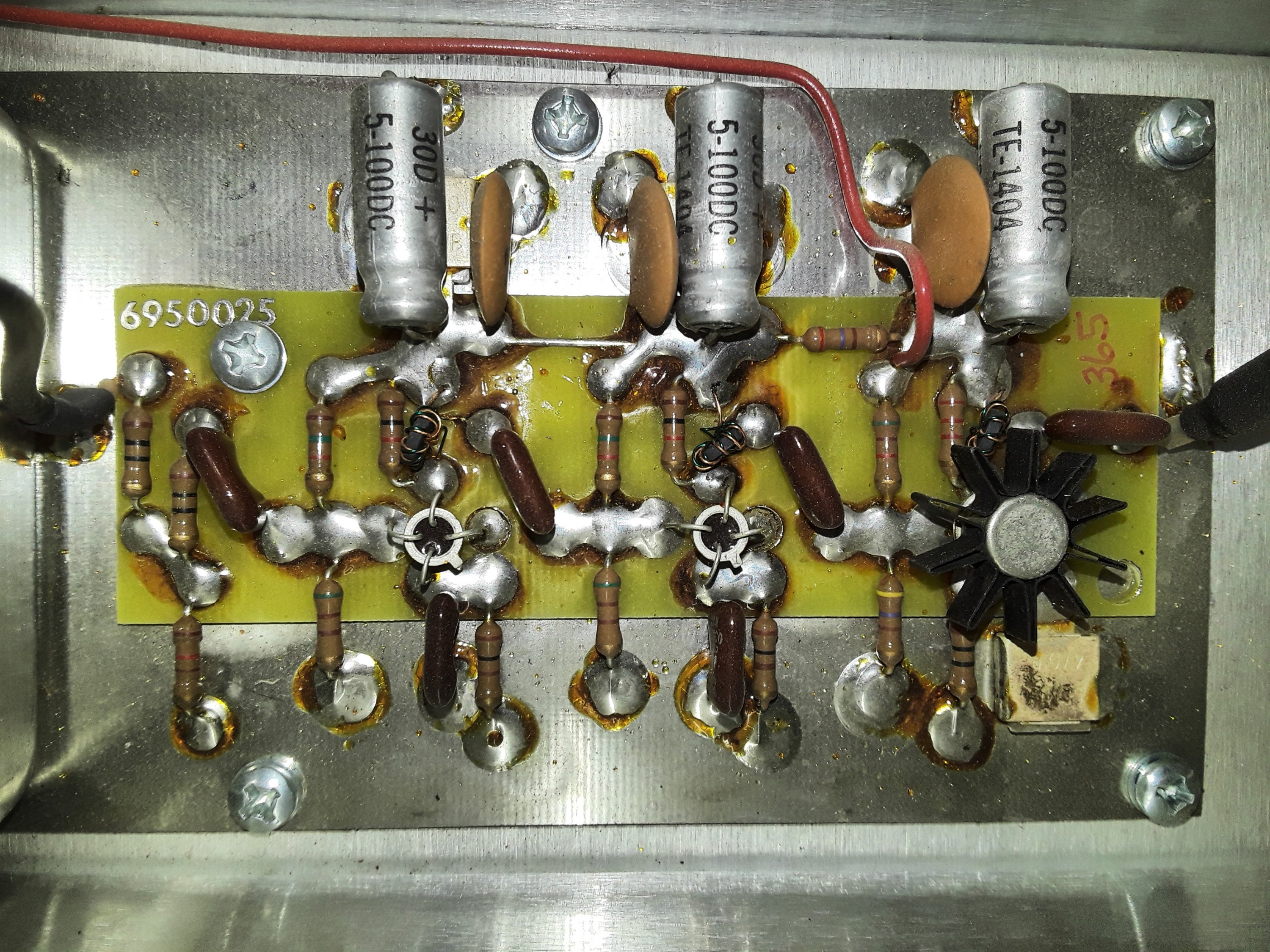 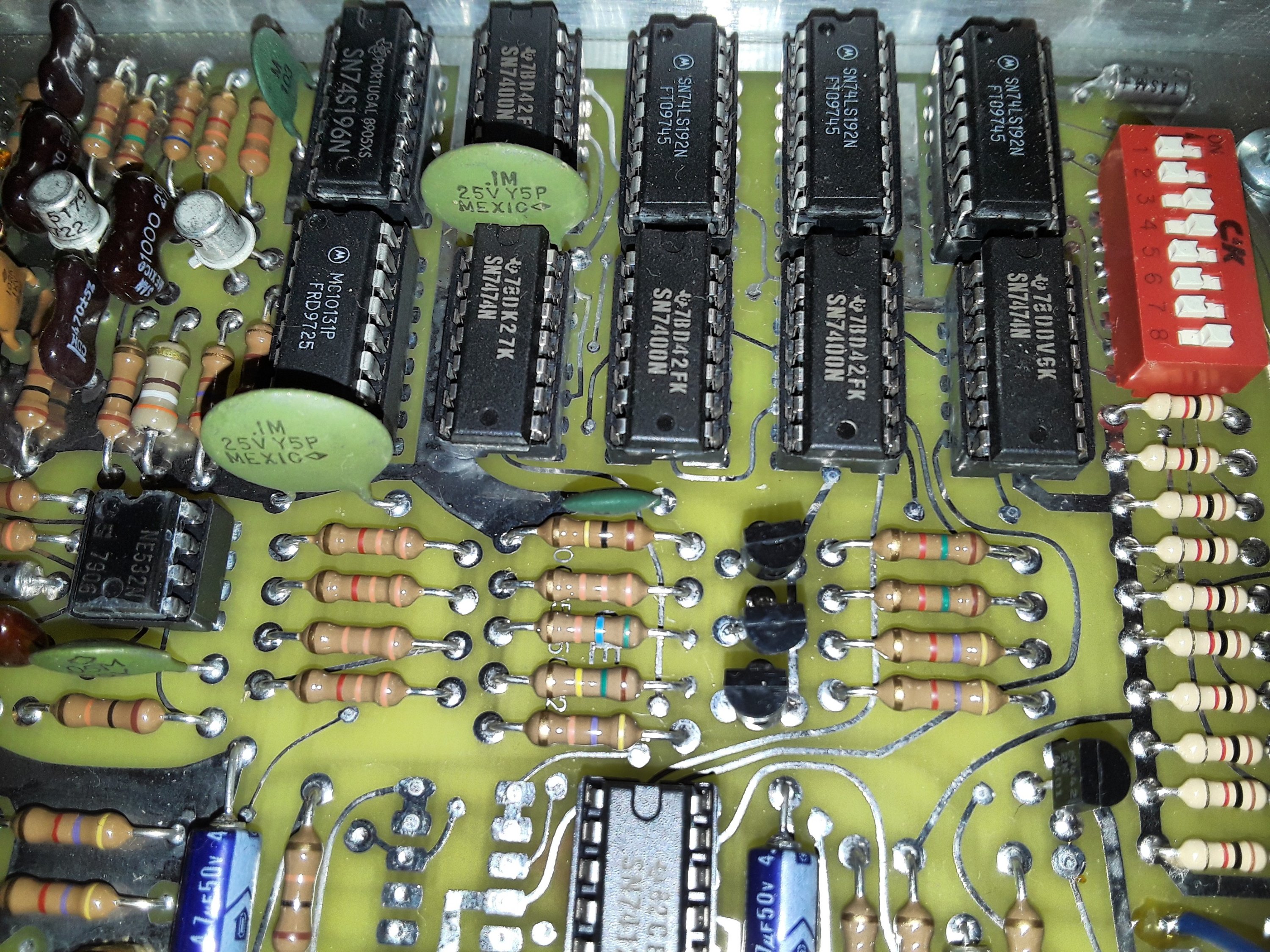 Hey at least this one almost has proper decoupling of the PLL divider chips. Almost.

At the aux site, a PTek 500w amp kept shutting down with no explanation of why, so I swapped it for a Crown which spoke volumes…. Guess nobody had noticed this as the aux wasn’t needed for a while. 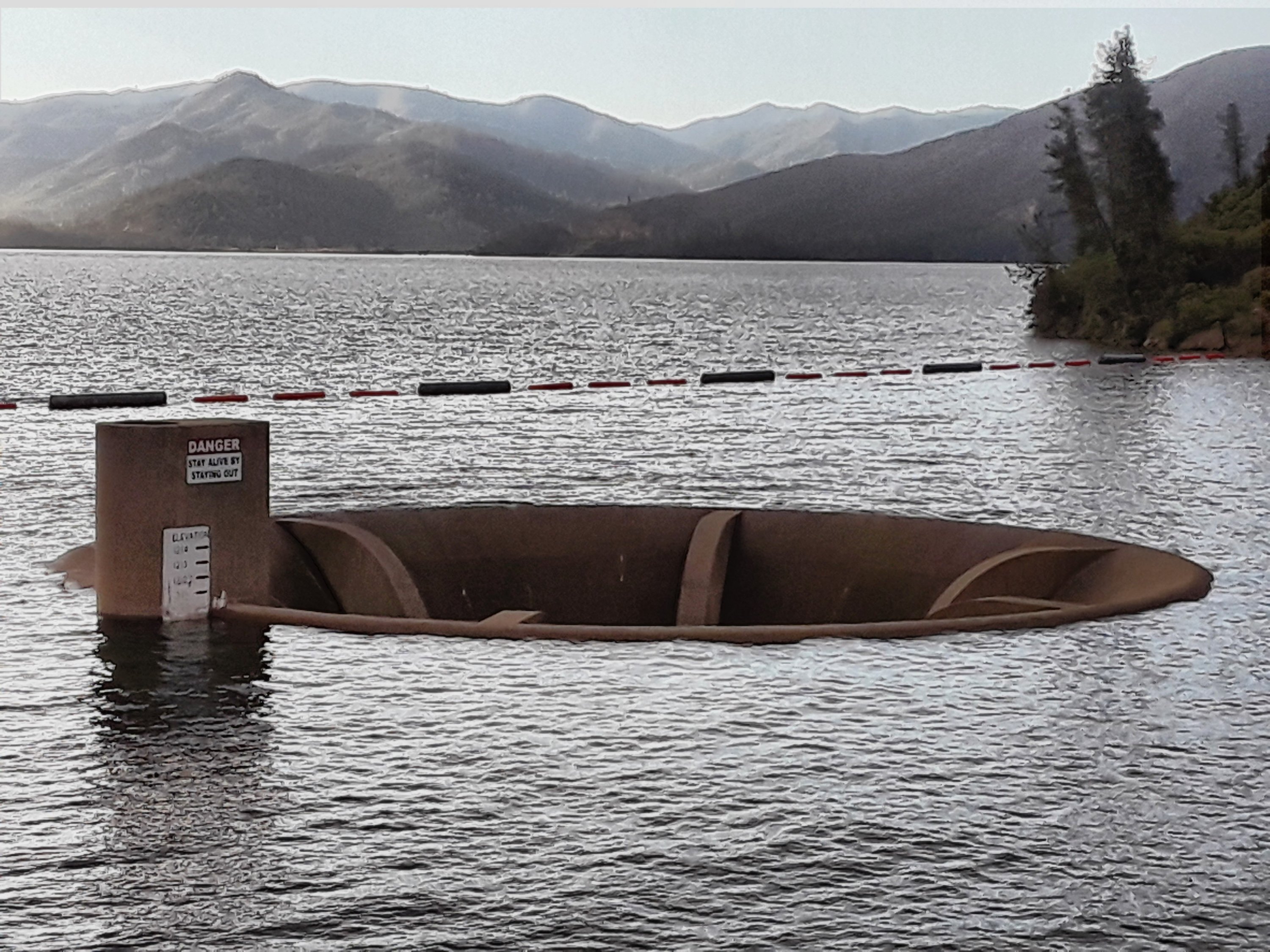 The water got close to the spillway in the lake. One of these days I hope to see that thing in action. 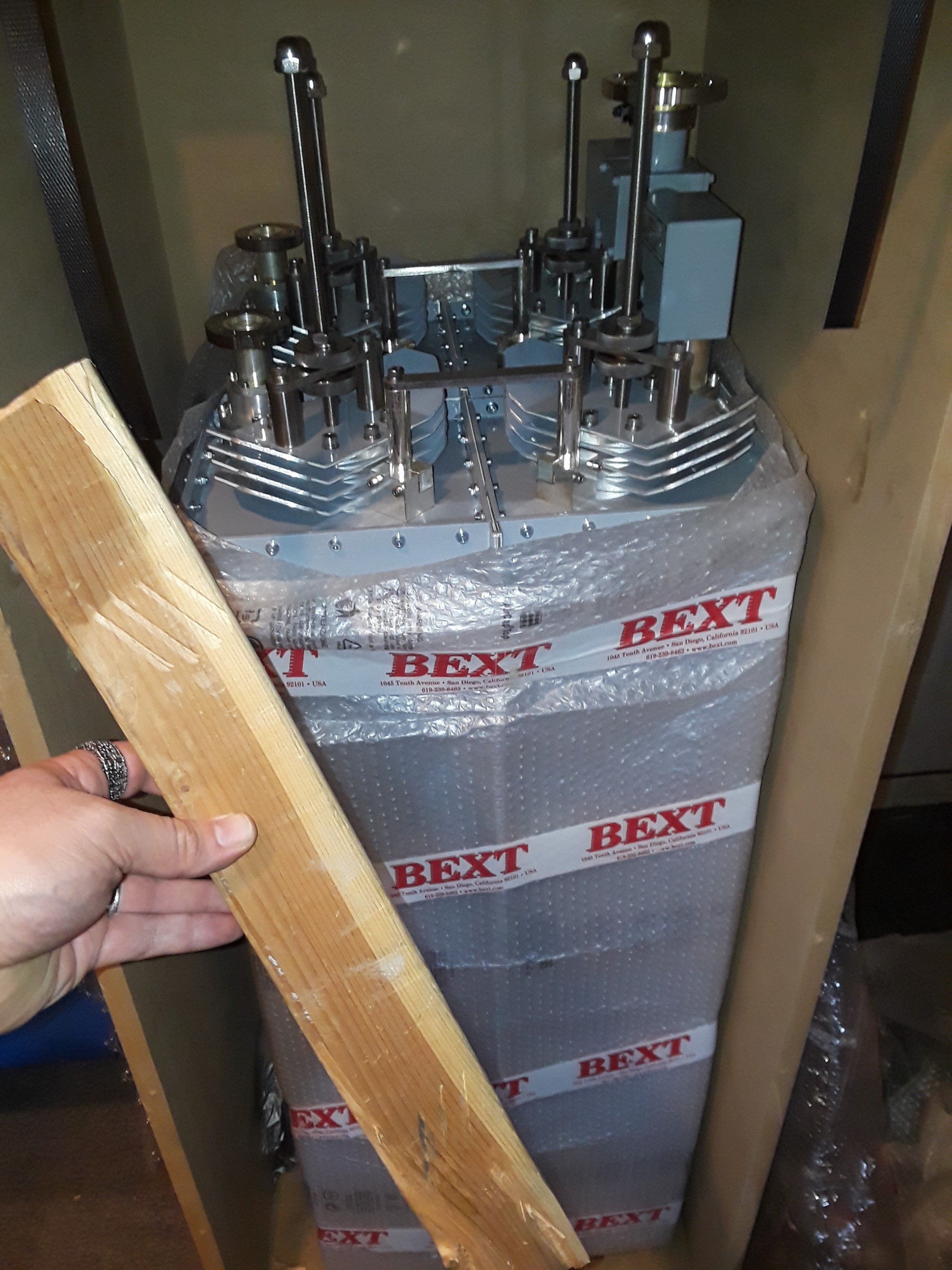 A fancy new combiner arrived for a future project that’ll replace that busted aux antenna. It made it here by sheer luck. 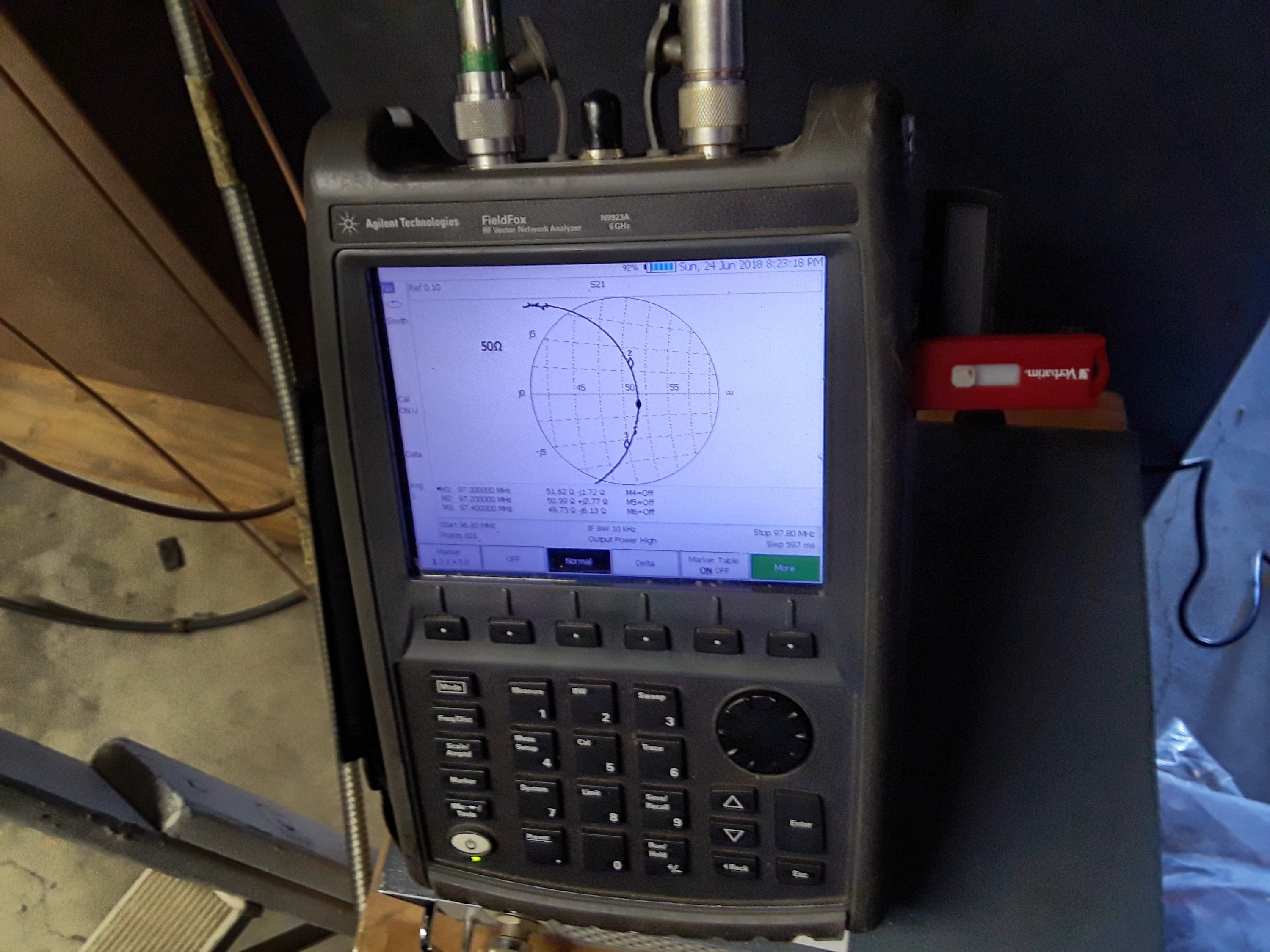 If my mega millions ticket is a winner, keysight is getting an order for one of these. 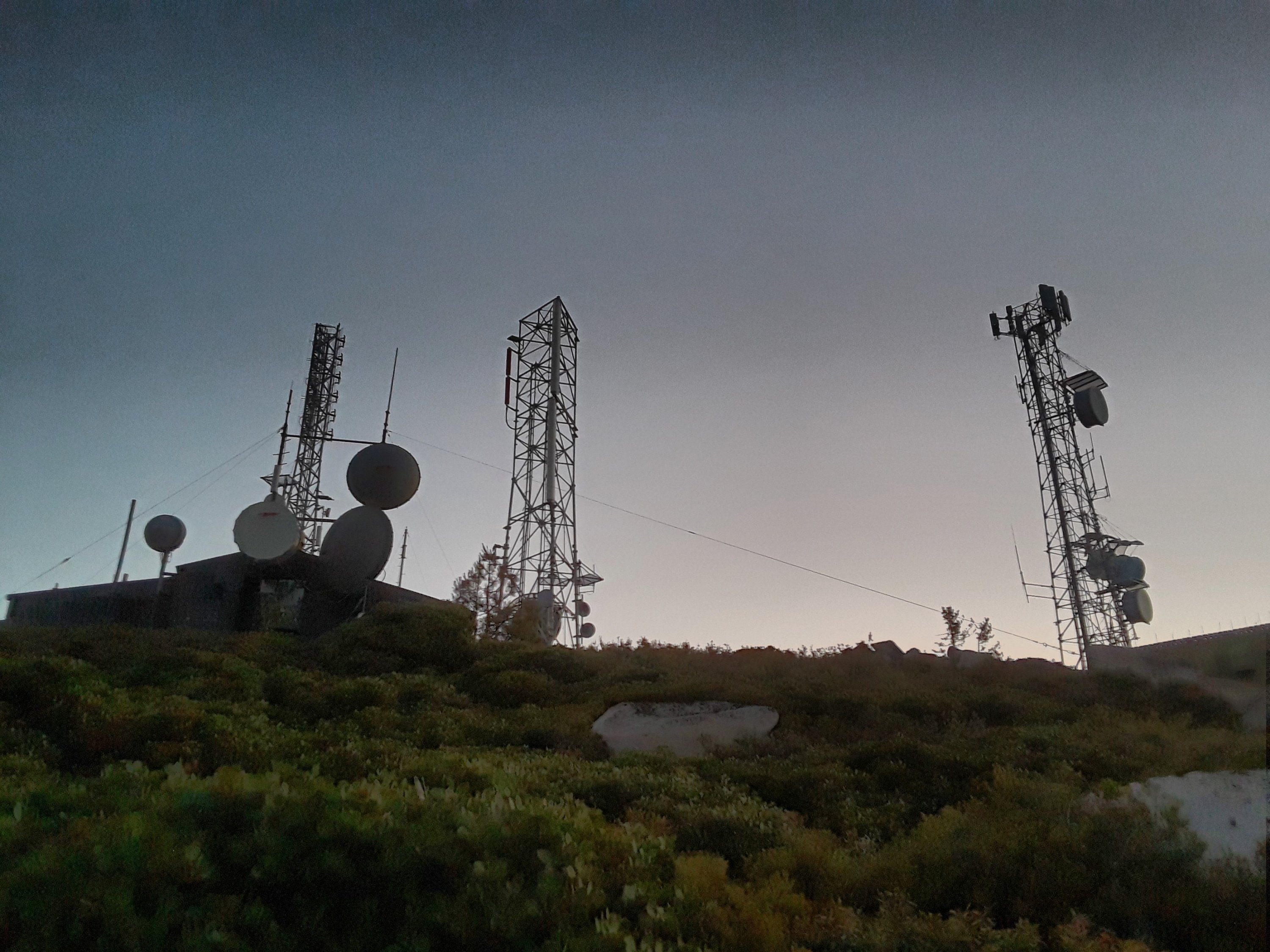 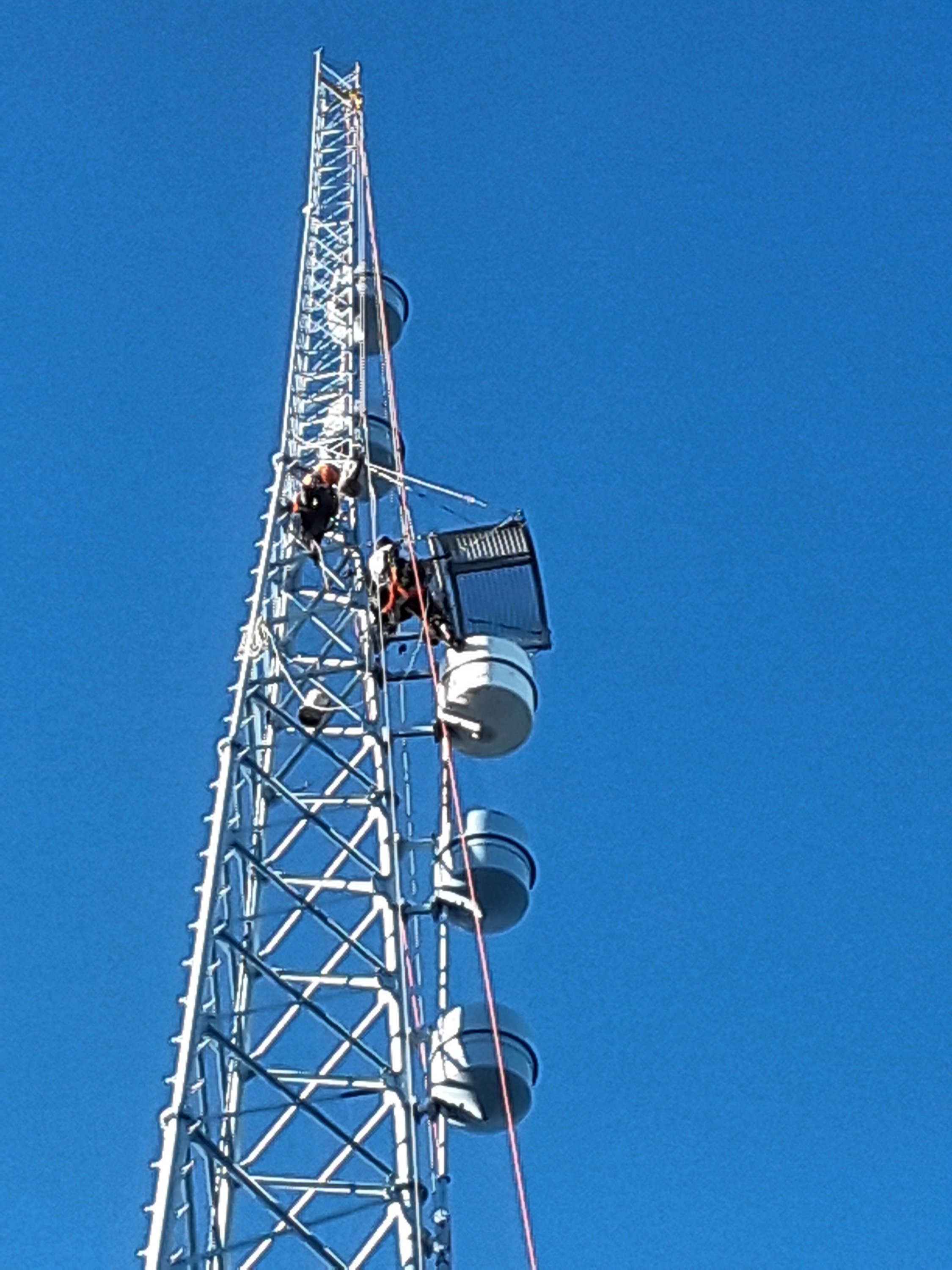 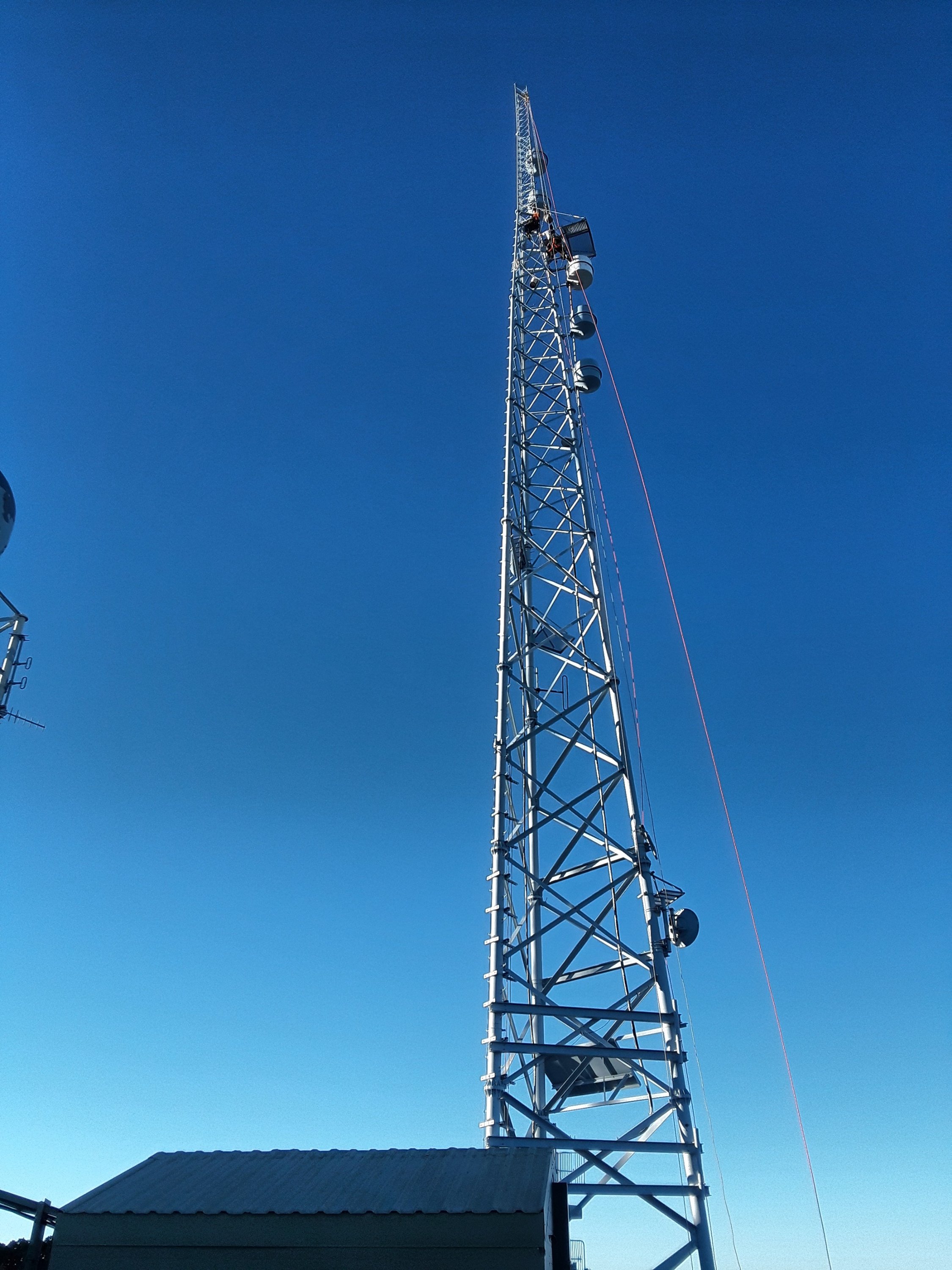 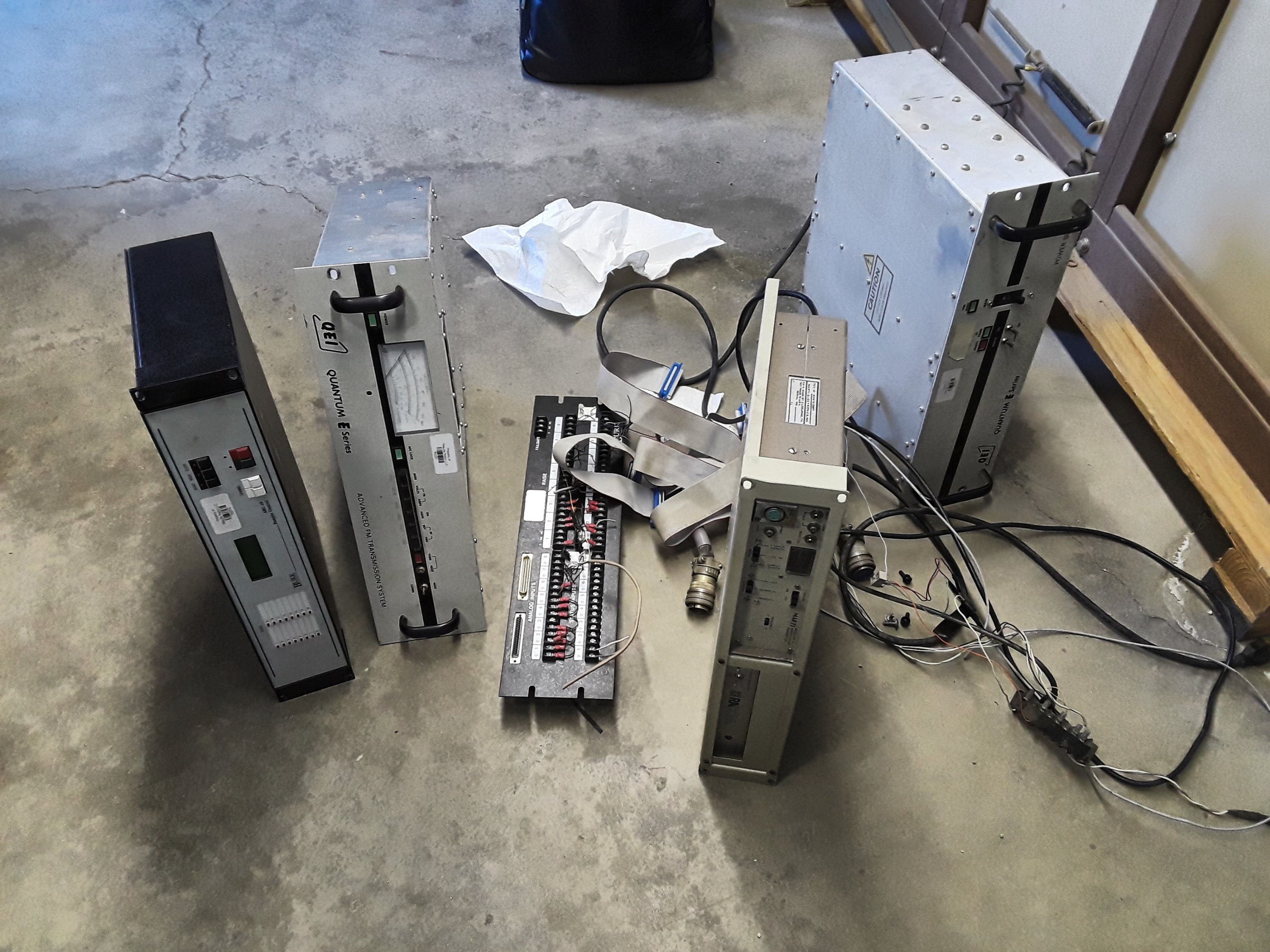 Shit pile to be removed. 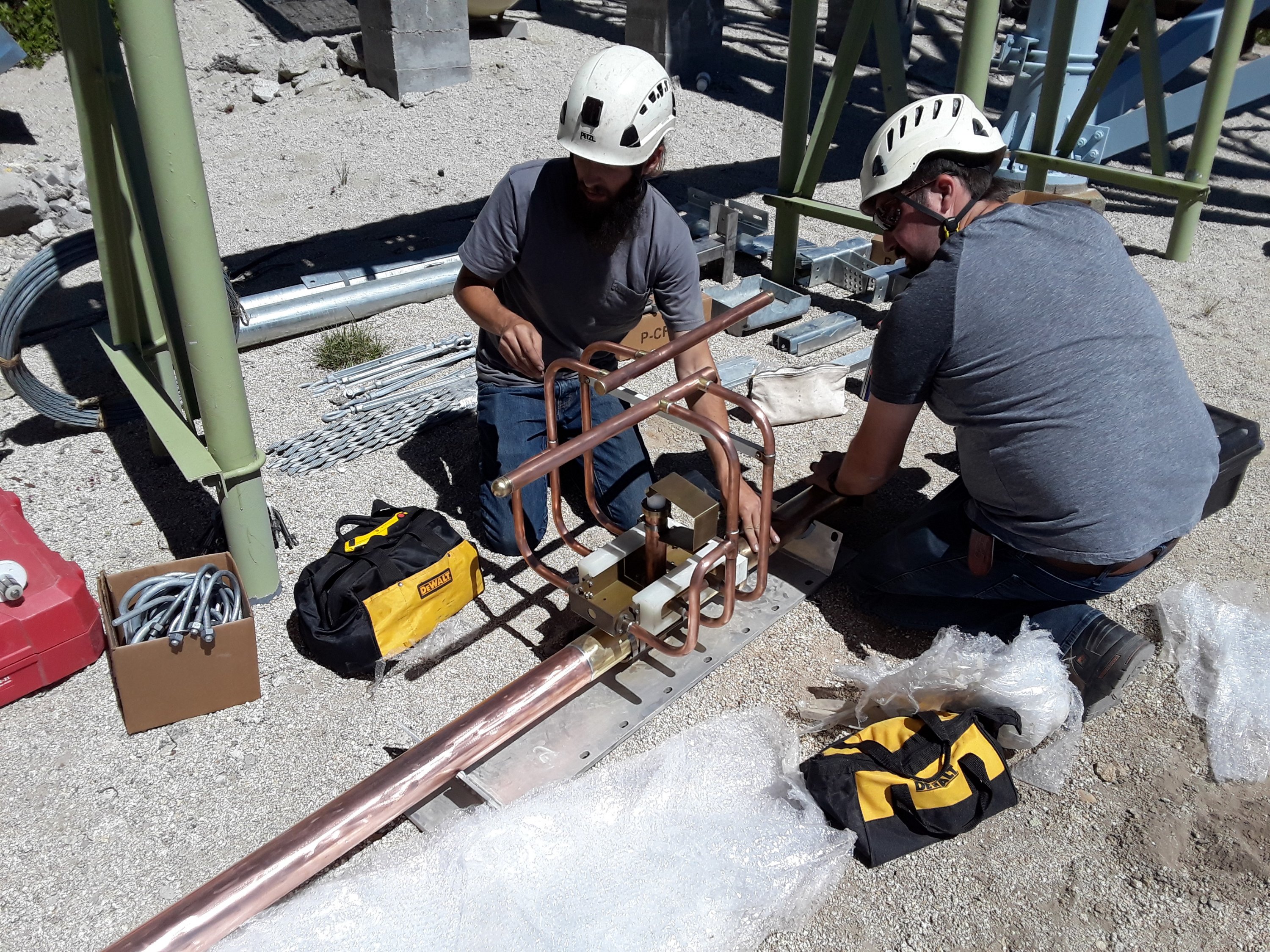 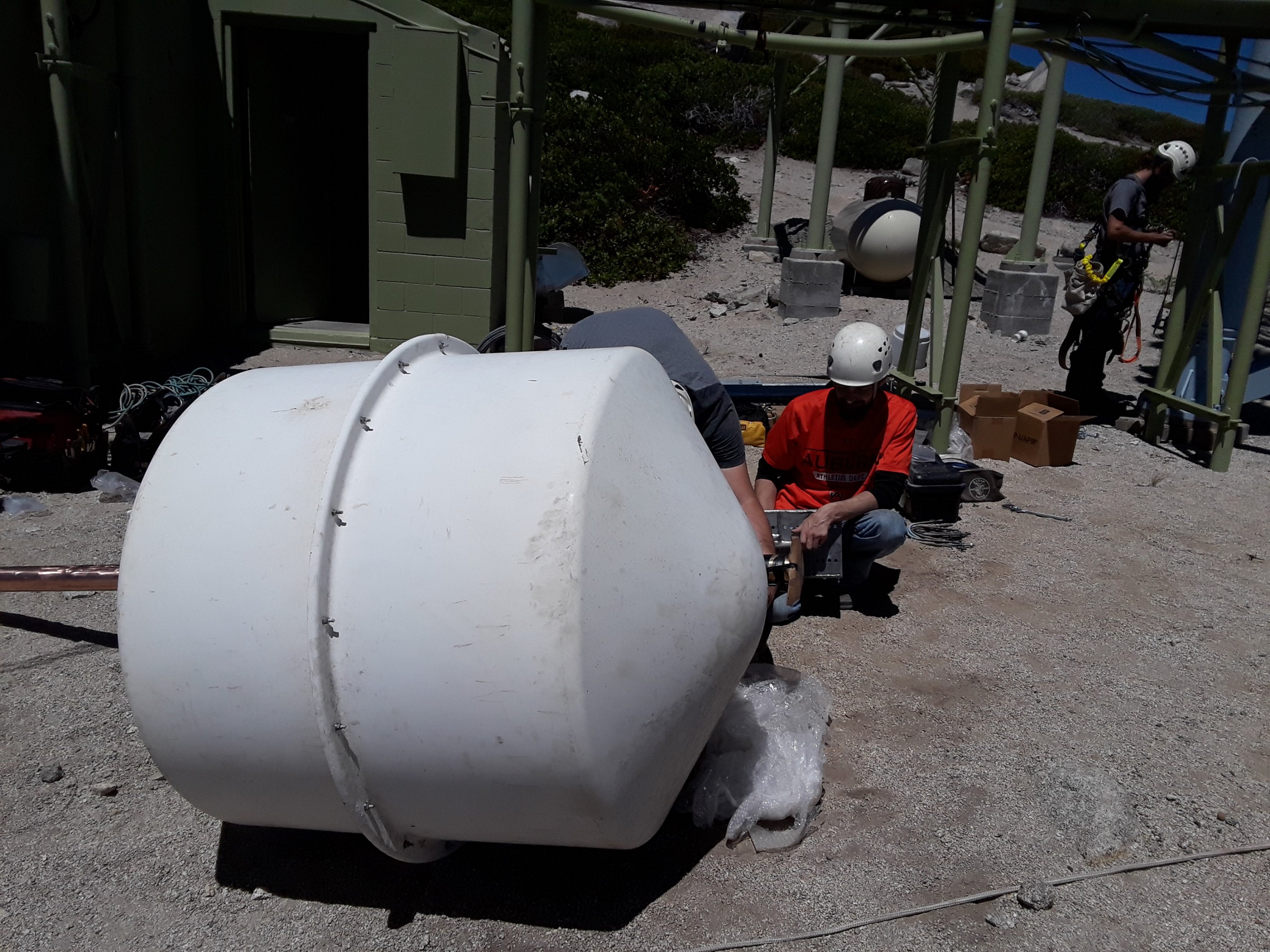 Finally, a look down what I call the Poop Chute. I call it this because when I got caught by a rainstorm up there one night, this just looked like a lot of swirling mud poop rushing down hill. The poop chute is very steep but amazingly isn’t the worst part of the road up there. 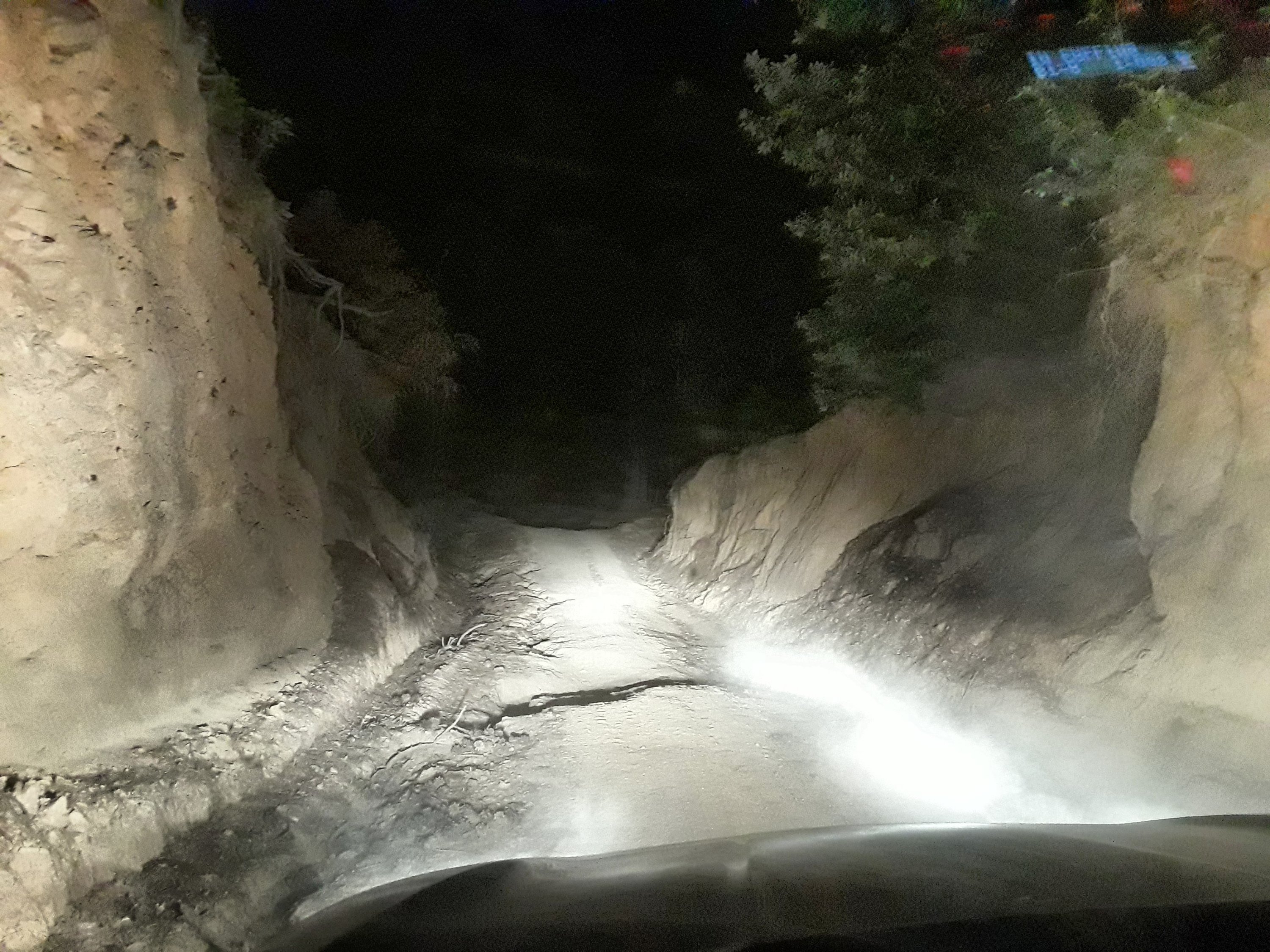