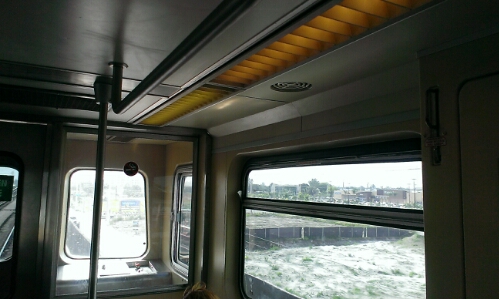 I don’t entirely understand what the developers are doing here. An old trailer park containing many of the area’s residents was removed to build a Walmart to serve the residents who aren’t there anymore.

Like most Walmart stores, it’s set far back from the road in a sea of parking lot. Unlike most, it’s adjacent to a rail and bus terminal. No effort was made to make access to this convenient.

This is really just typical of South Florida development. There is no urban planning, it’s basically spray and pray. Only in the last few years has there been any effort to go back and increase density and rebuild outdated areas that were previously developed, but it’s being done again with no consideration to infrastructure, access… Nope, we’re just spraying high rises now.