The 3D printers made by Malyan for Monoprice.com are just silly. There, I said it.

The Mini Delta takes a lot of work to get good results from, and the Cartesian type Select Mini printers need a lot of mods for stability and reliability.

One issue I was having on my Select Mini, aside from the one where it spontaneously emits cats*… 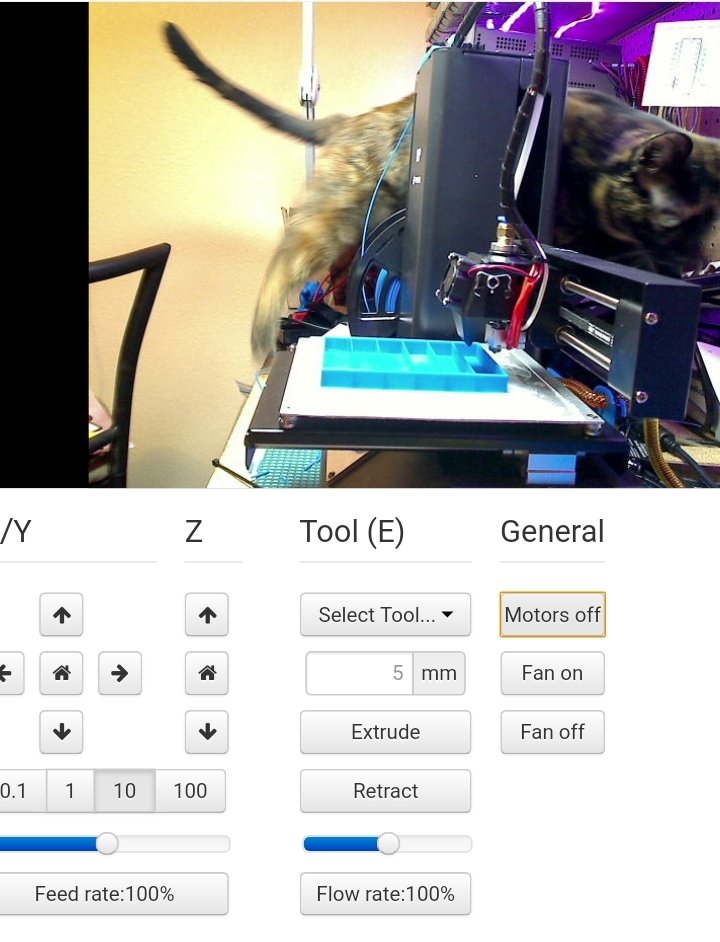 … was that I was getting poor print cooling, leading to things getting slumpy and generally Jacked Up. 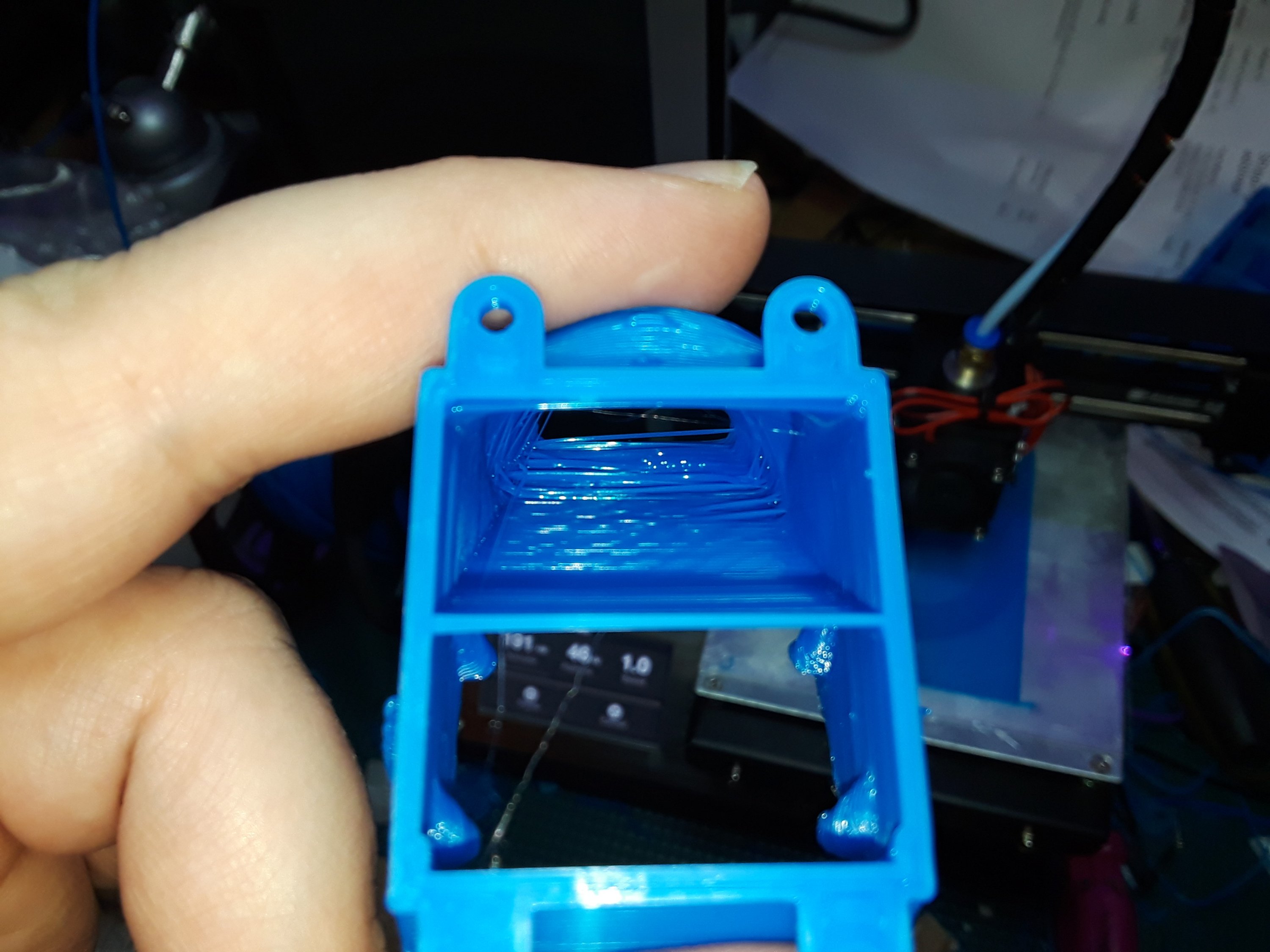 Object above is part of an improved fan duct to use a 50mm blower.

So the stock fan is a mystery wrapped in an enigma of misengineering.

It’s a 30mm fan rated for 9vdc. What? Arrggh! If that were a 12v fan you’d have options as to what to use as a direct replacement. With it being 9v, your options are…… whatever sleeve bearing folderol one manufacturer casts on their badly worn injection mold.

In all honestly, I broke the fan, but by doing things that should not have broken it.

I was getting poor cooling as I’d mentioned above, so I was setting Slic3r to run the fan at 100. The resulting g-code is M106 S255

After a couple of prints like this, I heard scary noises from the fan, and upon removing it I discovered the 9v label and a ring of oil it had thrown out of its bearing. Yuck. They didn’t even leave a way to get in there and oil the bearing.

I found this all suspicious. M106 S255 ran the little fan louder than the firmware default settings did. Normally if you send no g-code to override it, the fan will always run at a low speed any time the hotend is heated. It does not automatically stop.

Out of curiosity I measured the voltage using a true RMS meter. I set the temperature to 190C from the front panel and the fan started shortly into the preheat (much better after changing that stupid heat block). Voltage was about 8.7v.

When the new blower gets here I’ll have better luck with bridges.

*This is a feature, not a bug

2 thoughts on “The MP Select Mini cooling fan, or, why Malyan clearly has no clue what they’re doing.”