This is the downtown terminal for the Metrorail Orange Line to Miami International Airport. It’s missing a few little bits and pieces here and there. 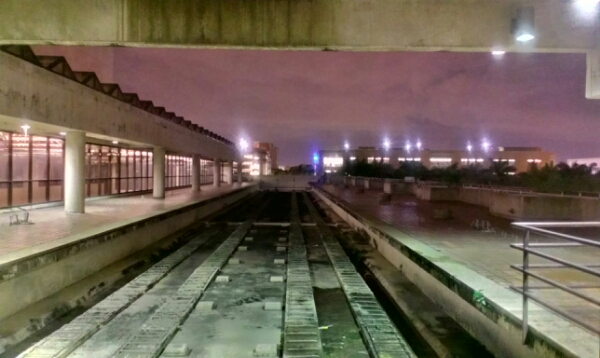 Years ago I was oddly fascinated by the fact that this exists. The original plans for the Metrorail system called for there to be an Orange Line to the airport, but instead of it mostly sharing the path of the existing Green Line, it would have sailed right into downtown Miami and undoubtedly served a lot more areas of the city on the way.

Elevators in Government Center station had their floors labeled Orange Line and Green Line until they were modernized in the mid 2000s.

The Orange Line as it was built finally is a tiny puddle jump from Earlington Heights to Miami International Airport with no intermediate stops.

There’s an enticingly inspiring little tail track beyond the MIA platform, which brings mental pictures of a line continuing south a bit then going west after the airport’s southern perimeter. 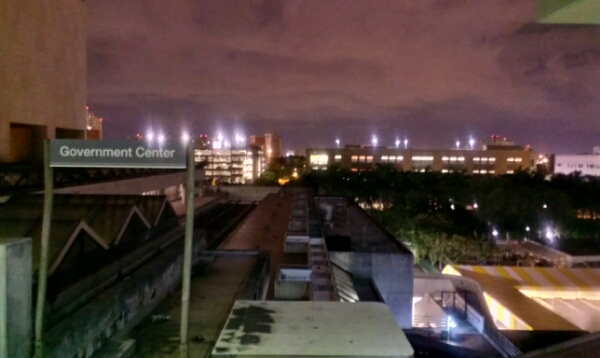 There’s a path where the track would have gone, either straddling or replacing a surface street.