Oh hi. What nonsense is this? 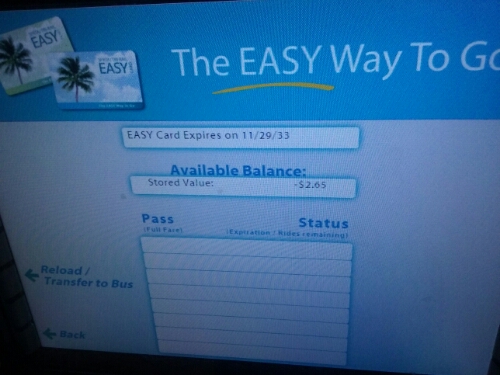 This is what my easy card looks like on a Tri-Rail ticket machine right now. On a Miami-Dade Transit machine, it looks the same but also shows “day pass… Pending” in the bottom pass list.

No matter what kind of pass I load to this card, it will fail to be activated on first use, and will lead to a negative cash balance for the amount of the regular fare for whatever I rode. The display on the bus fare box or rail station gate reads “Transfer 12:00 AM” when this happens.

I’ve spent $17.05 today so far on the day pass that got stuck in limbo, individual fares on each bus (the card won’t work for bus transfers in this state!), Metrorail parking, and a new Easy Card with one Metrorail fare on it that will replace this broken piece of 💩 that keeps eating my passes.

What is going on here?! I’ve never heard of this happening to anyone else’s Easy Card, so I’m guessing I have a unique and beautiful corrupted snowflake here. The customer service staff don’t understand it either.

I wonder what to do with this card. Send it to MDT so maybe they can work with Cubic Corporation to identify the fault and roll out a software fix*? Microwave it? Will It Blend?

What even is this card?! That’s like asking, “what are birds?” … We don’t even know.

And maybe $17.05 was still worth not having to drive through the boat show traffic.

* this is about as likely to happen as one of the buses running on schedule, or the Prog Stom Assy still working properly on a train. Also, MDT will likely not respond to this post, as their response to me asking for information or reporting issues via social media was to block me, so far on Facebook, Instagram, and Twitter. MDT blocks: Gotta Catch Em All.
Ⓜ🚂🚃🔩💩🌀🚃🚧⚠💫

Bonus silliness:
This is what the Train Tracker has to say. No clue. 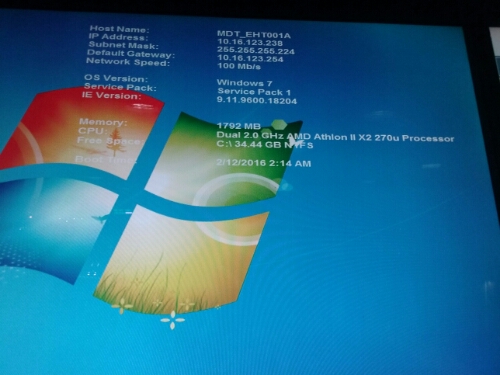 But at least it’s bullet resistant. TAX DOLLARS GO WHERE ?? 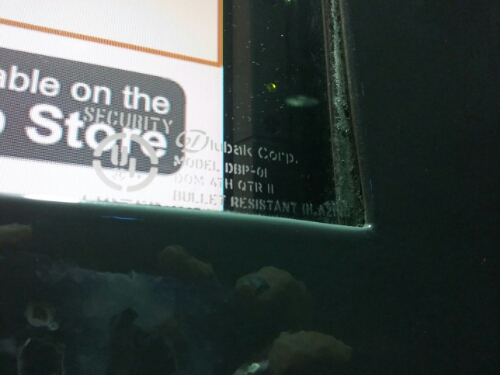