We’ve had an ongoing issue at work with the helicopter’s MRC microwave transmitter powering down on us. The silly thing is really obtuse; the user interfaces won’t tell us after the fact why it happened. Don’t you love faults like that? It’s almost as great as on ham and other 2 way radio equipment where a high VSWR condition causes the transmitter to fold back its power output but not indicate to the user that this is happening. Come on man… 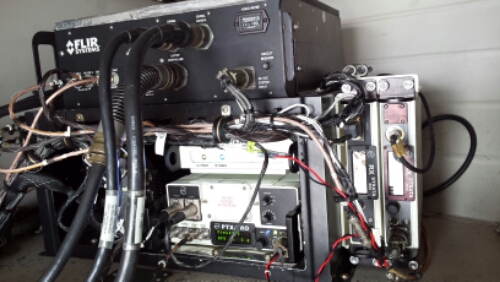 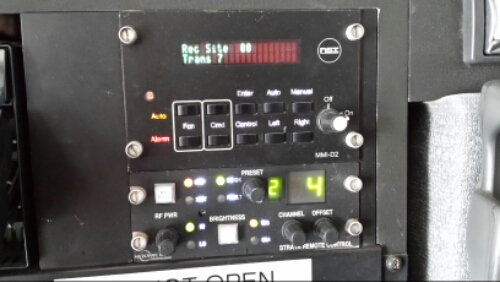 The remote controller at bottom. The top unit is the N Systems antenna pod controller which allows aiming of the antenna or selection of which receive site to automatically aim at. The NSI antenna’s servos make a comically mad sound as the unit initializes on power up and they seek home position at full tilt. 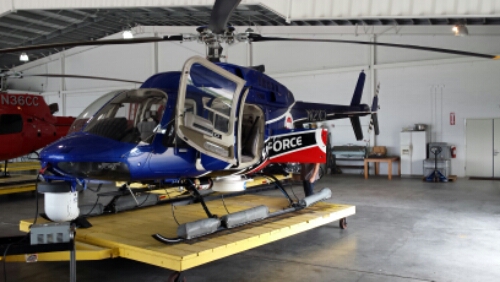 The bird at roost.

The fault cannot be replicated on the ground; this has been tried several times with no success. Therefore the only way to figure this out….. 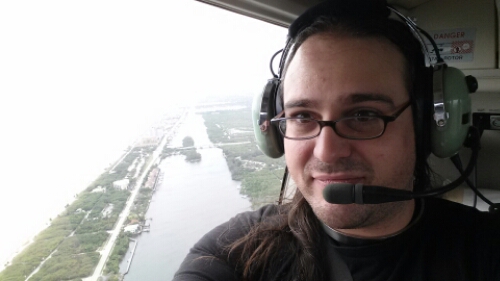 That’s Hollywood Beach down there. 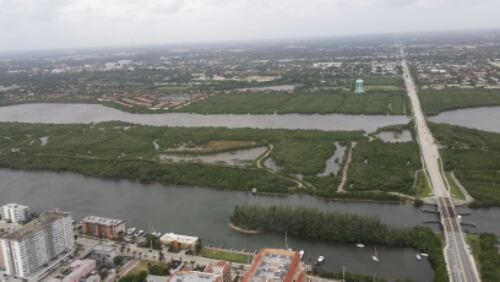 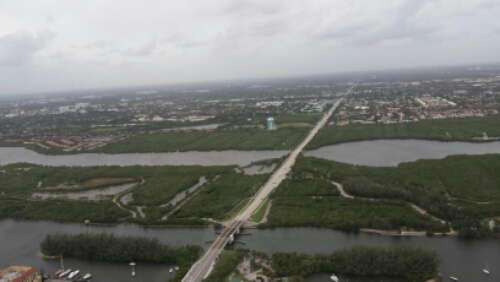 I believe this is where parts of “Santa and the Ice Cream Bunny” were filmed, notably the fire truck driving through the dirt road and Tom Sawyer and Huckleberry Finn rafting down a waterway accompanied by “Old Man River” on kazoos.

I Am Not Making This Up. This film is fascinating as hell. 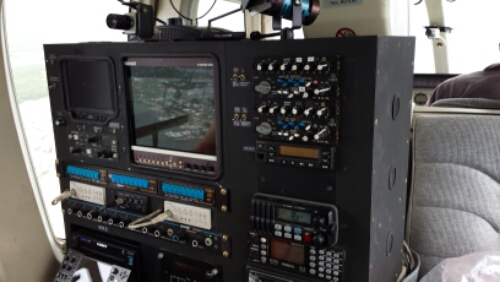 The A/V box. At right, radios and audio controls. At left, video switches, CCUs for a couple of small Toshiba cameras mounted in the helicopter interior.

Never photographed because I simply forgot: the FLIR pod ‘laptop’ controller. It’s a big chunky panel you actually just rest on your lap while using it, with a damn near fire hose sized cable coming out. 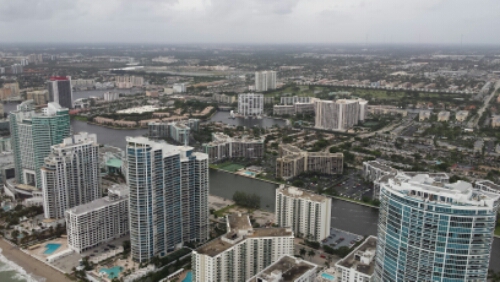 At about Atlantic Shores Boulevard. 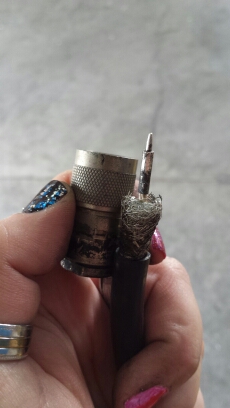 Suspicious: this isn’t the RF cable for the MRC radio but was installed at the same time and is identical. To be replaced MoNday.

Part of the testing included putting a phone in there recording video of the transmitter front panel. What it revealed was just the unit going into standby and back. No informative messages. Meeehh!! I don’t know if these MRCs keep an internal log file like Nucomm radios do. 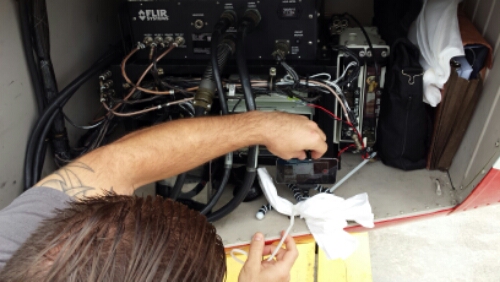