This got pretty badly stuck in my head yesterday for…. reasons

I figured out the root cause of the issue I posted about earlier on with the crazy fan circuit…. waaaait for it: 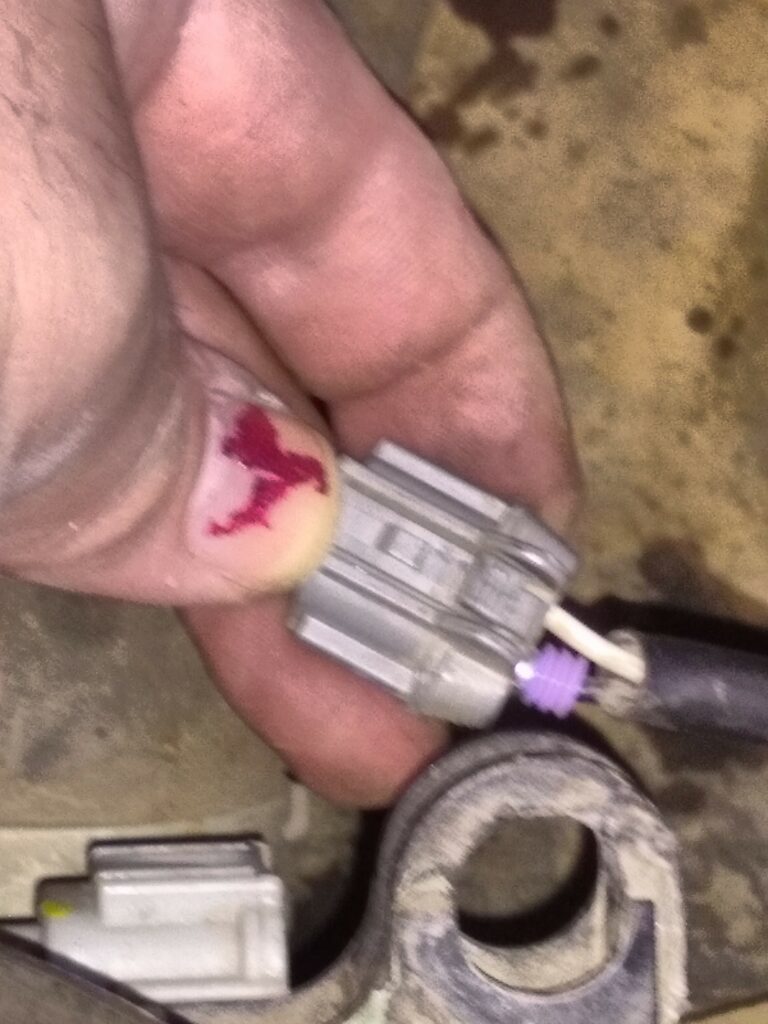 The pin was never securely inserted and latched into the housing of the fan connector! Welp. Lacking the correct tooling for this connector series (I have yet to be able to identify it!) I broke the rounded end off one of those plastic stirrer sticks from Starbucks and used it to prod the thing into place. It snapped in and I plugged the fan in and it’s happy again. Speaking of fans and drama, this greeted me with a rhythmic pounding noise from the office roof yesterday morning. I sent the HVAC contractor a photo of it and he arrived at the door at 9 AM laughing with a replacement propeller in hand. The cause of this one appeared to be that the “belly band” mounting Trane uses for the fan allowed it to slip down. 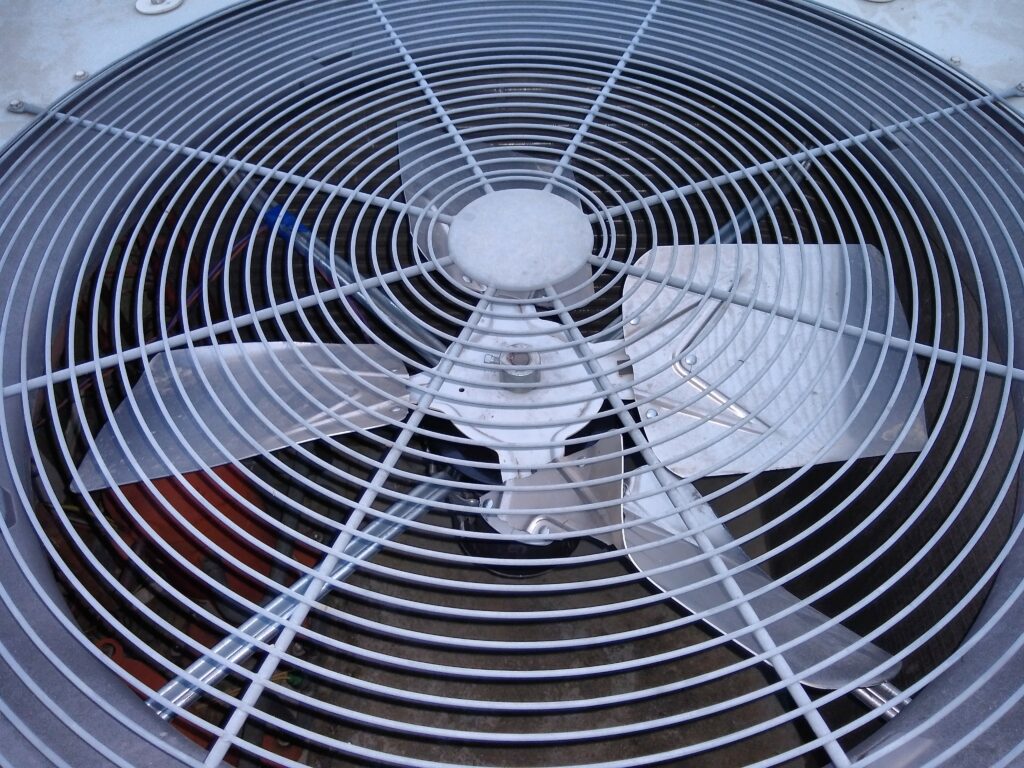 By design, these Trane units have a behavior that I consider to be just this side of “broken by design”. When the thermostat calls for cooling, the compressor starts and pumps gas (R-410A in this case) into the condenser, where it gives up heat into the metal finned tubes, condenses into liquid, and is sent to the output lines and into the building to boil inside the evaporator coil, cool the air down there, and come back to the outdoor unit as gas… the usual vapor compression refrigeration cycle. As the condenser heats up, the gas head pressure leaving the condenser starts to rise due to thermal expansion. You can hear the sound the compressor makes change as the head pressure rises, and I’m guessing the motor current starts climbing too. Once it rises to a certain point, a pressure switch trips and starts the fan, which cycles on and off based on the head pressure.

This causes it, in practice, to cycle in about 5-10 second intervals, repeatedly flexing and stressing every part of the nasty stamped sheet metal assembly up there.

The first time I encountered a unit like this in the wild, I thought I was hearing it repeatedly overheating and tripping a safety cutout. I had to ask an HVAC contractor if that’s normal. They said that (sadly) it is. Why?! I guess it might save a LITTLE power, but I don’t think it’s worth the reliability problems.

On a side note, my parents’ house had some ancient Sears “Good Neighbor” condensing unit that was made by Whirlpool, part of a retrofit from the 1970s or so (best I can find from trying to Google the thing). It claimed to be a two-speed condenser, but in reality, was a single speed compressor paired to a two speed fan that’d switch between high and low as needed based on the compressor discharge line temperature/pressure. It never outright STOPPED if the compressor was on. Yes, this was done… better… over four decades ago. Sigh.

It may be worth noting this was a pretty small R-12 system, couldn’t really fight the Florida heat well, but lasted a LOOOONG time. The condensing coil was much smaller than it is on modern high efficiency systems and I remember the temperature of the air coming out of that condenser being fearsome. You couldn’t comfortably touch the top of the unit after it’d been running.