THIS BLOG POST MAY CONTAIN LARGE AMOUNTS OF AAAAAAAAAAA. You’ve been warned.

A day in the life at FCA – Fiat Chrysler America:

(BONG NOISES) “Hey, I’ve got a great idea, heh, what if we stack all this electrical junction box shit on top of the battery.”

“Duuude. Gimme a good hit of that and we’ll go design it right now. Hey, my Autocad is really colorful today.” (BONG NOISES)

After seeing all of this I’m actually almost willing to call the GM vehicles that buried the battery under the entire air intake box an ACCEPTABLE design.

On the left (negative post) – the terminal is a soft alloy one. However, then, some kind of cupric-ish looking* mystery metal piece is permanently swaged into it. This is the baseplate to what’s probably a Hall effect battery current sensor. Congratulations, you successfully ripped off Honda’s battery charging system, and did it WRROOOOONNNGGGG. Bolted to that (why not put the bolted connector on the other side of the sensor so the terminal may be replaced??!!) is the post for the battery cable’s exceedingly strange quick disconnect. 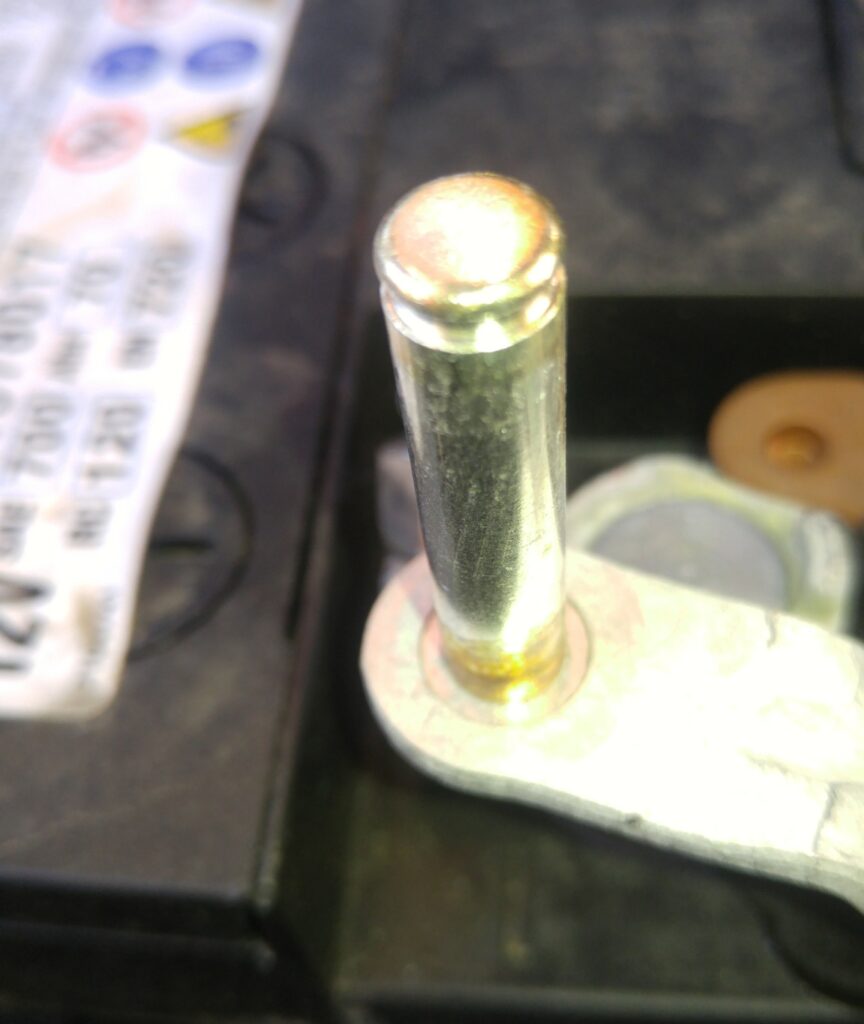 The post has a groove in it that something inside the terminal locks into. Barely. It attaches with an unimpressive, almost imperceptible snap. 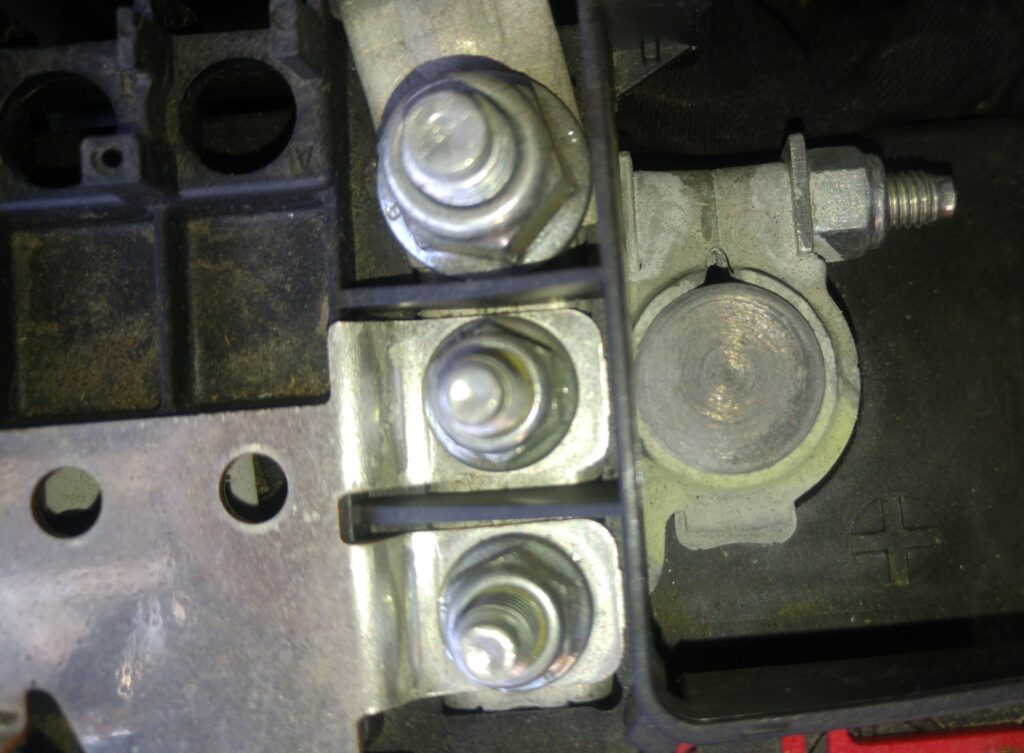 The positive post. This goes to a very large plate that I’m guessing is tinned cuprimysteryassalloywhatever*. It looks like in this case, the plate can be unbolted from the terminal, but the terminal is totally custom and has those two bolts swaged into it.

Note the shape of the terminal. This terminal has been tightened by the factory to the point that the gap is entirely closed; the terminal is now stretched out of shape permanently and it is unlikely to be able to be transferred to a new battery.

Same deal over here on the negative post, though that has maybe a millimeter of life left in it. Maybe. Note that this trashed terminal is permanently attached to that current sensor, so both have to be replaced along with the battery. WHOSE BRILLIANT IDEA WAS THIS??!! 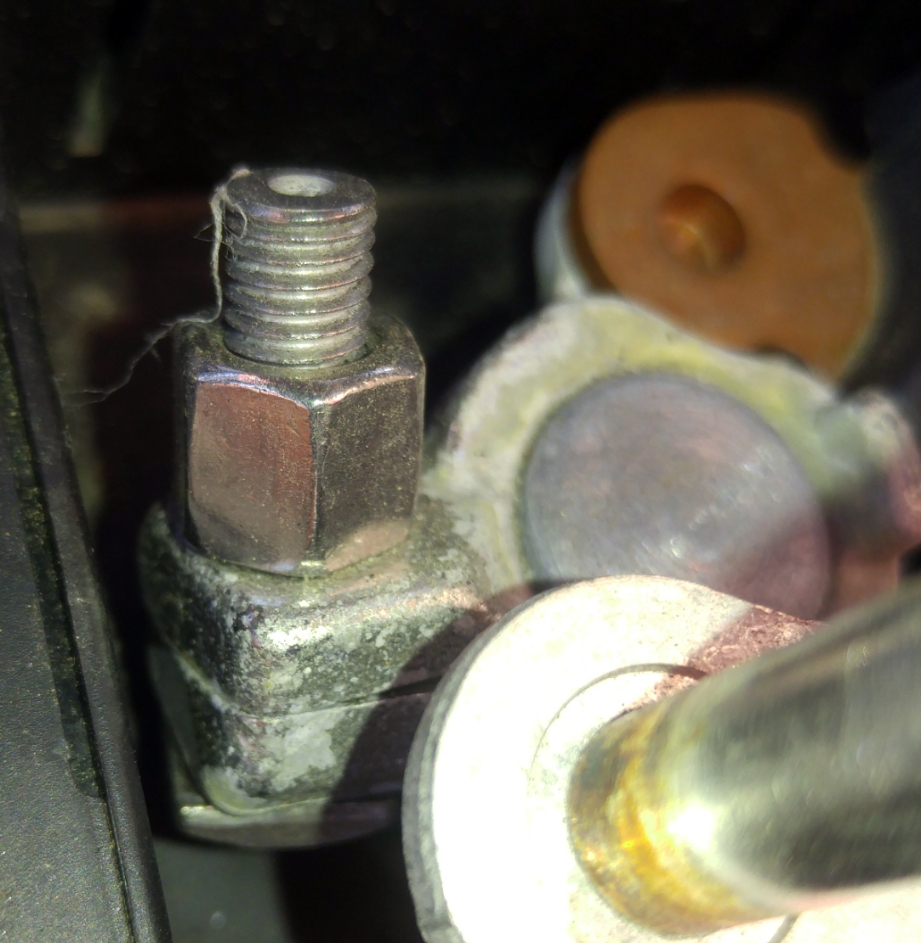 (BONG NOISES) “wooooow, that’s like, killer, now they have to buy like, a metric assload of proprietary parts to do a simple battery change.”

“duuuude, wait, it gets better, look at this amazing coolant hose system they’ll have to come back to us for! I based it off this tangled bunch of stems.”

Recreational marijuana dispensaries will be legal under California state law come January 1. Recreational use has already been legalized at the state level. Check local laws for any restrictions, however – some municipalities have weird ones. Chico seems to want nothing to do with it (….and the potential tax revenue that would come from it but ok??!!)

Like any other substance that has the potential to slow down response of the central nervous system, use marijuana responsibly. Do not attempt to operate heavy machinery while under the influence. The designated driver system should be used if you’ve gotta get somewhere by automobile to a social gathering where you plan to use marijuana. Do not drive…. or design…. automobiles while under the influence. That means you, FCA Corporation. Thank you very much and happy new year!

* I pulled these made up words riiiiiight out of my ass to say, it’s either copper, brass, or bronze, some copper containing something or other.