The Wheatstone 531HD broadcast audio processor has a really Y2K-futuristic look about it, all it’s missing is neon colors and weird shaped non-rectangular windows.

There are two versions of the utility – one is called the Guru interface, the other, uh, isn’t.

The jewel dots are draggable to adjust, and the knob controls are…. those… drag to turn things that have invaded all sorts of audio software

What look like text input boxes aren’t, you have to use the virtual knob / slide fader thing. Weird. 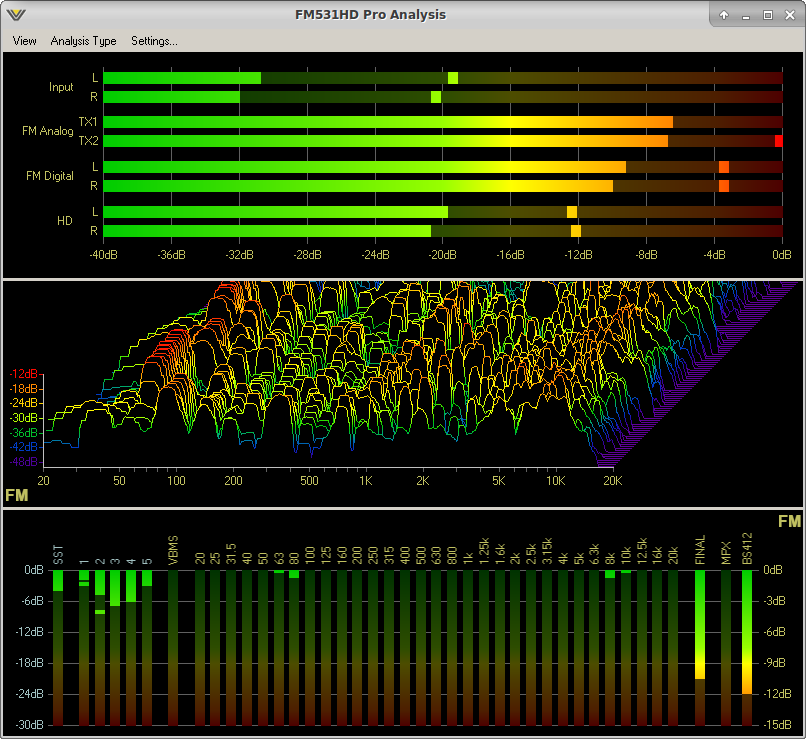 The usual nice meters from the Vorsis platform are available but they pop out as a separate window.

So what about the Guru interface? 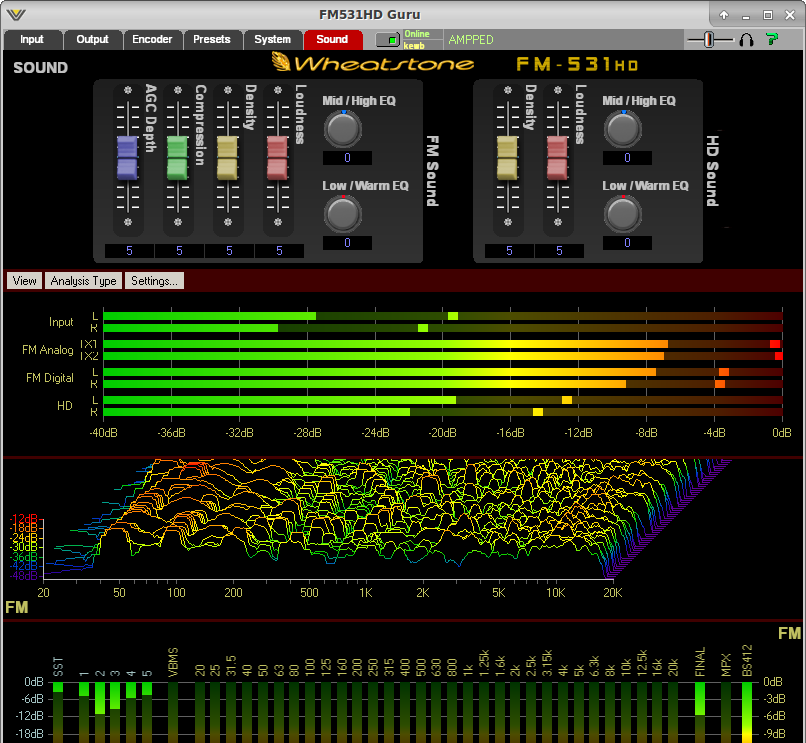 Best I can tell, it does the same stuff but in a more convenient use of screen real estate.

Interestingly, there is a skin selector dialog. Only one skin is present and there is no real indication on how to modify it. Is this— a good thing or a bad thing? Who knows. Does this processor whip the llama’s ass? Maybe. Gotta play with it a bit more to be sure. It’s interesting how the 31-band limiter interacts with the program content though!