I was getting so annoyed with my printer repeatedly losing its build plate surface… This Malyan M200 / Monoprice Select Mini V2 originally came with a black sticker on the build plate which I replaced with a piece of PEI sheet held down with 3M 468MP adhesive.

Two spectacular failures later, I decided to try covering the aluminum plate with painter’s tape. This was a common technique dating back to very early experiments with 3D printing, and I figured it’d probably just fallen out of favor because PEI sheets or BuildTak or whatever were just better. 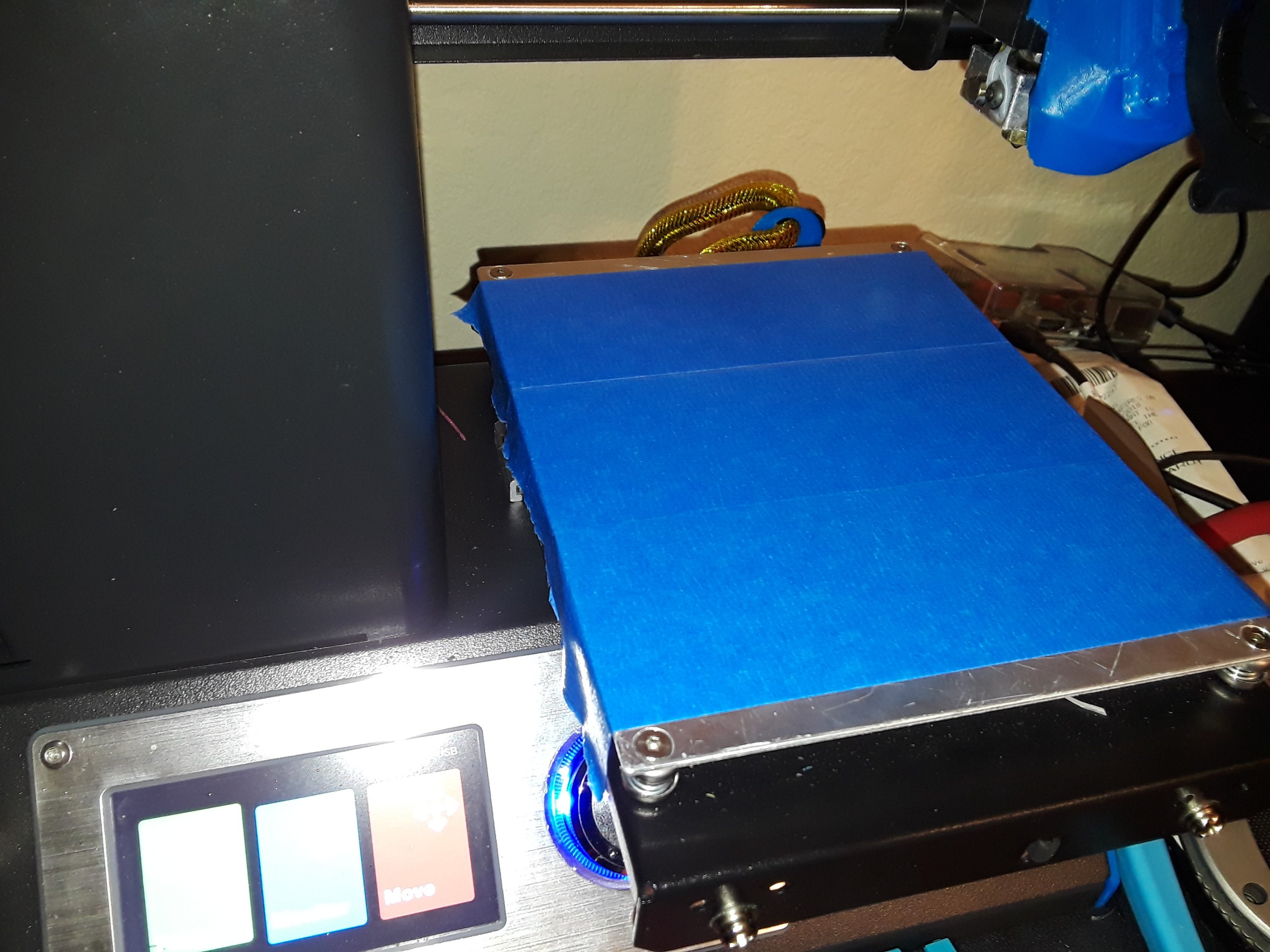 I’m convinced this is the way to go. 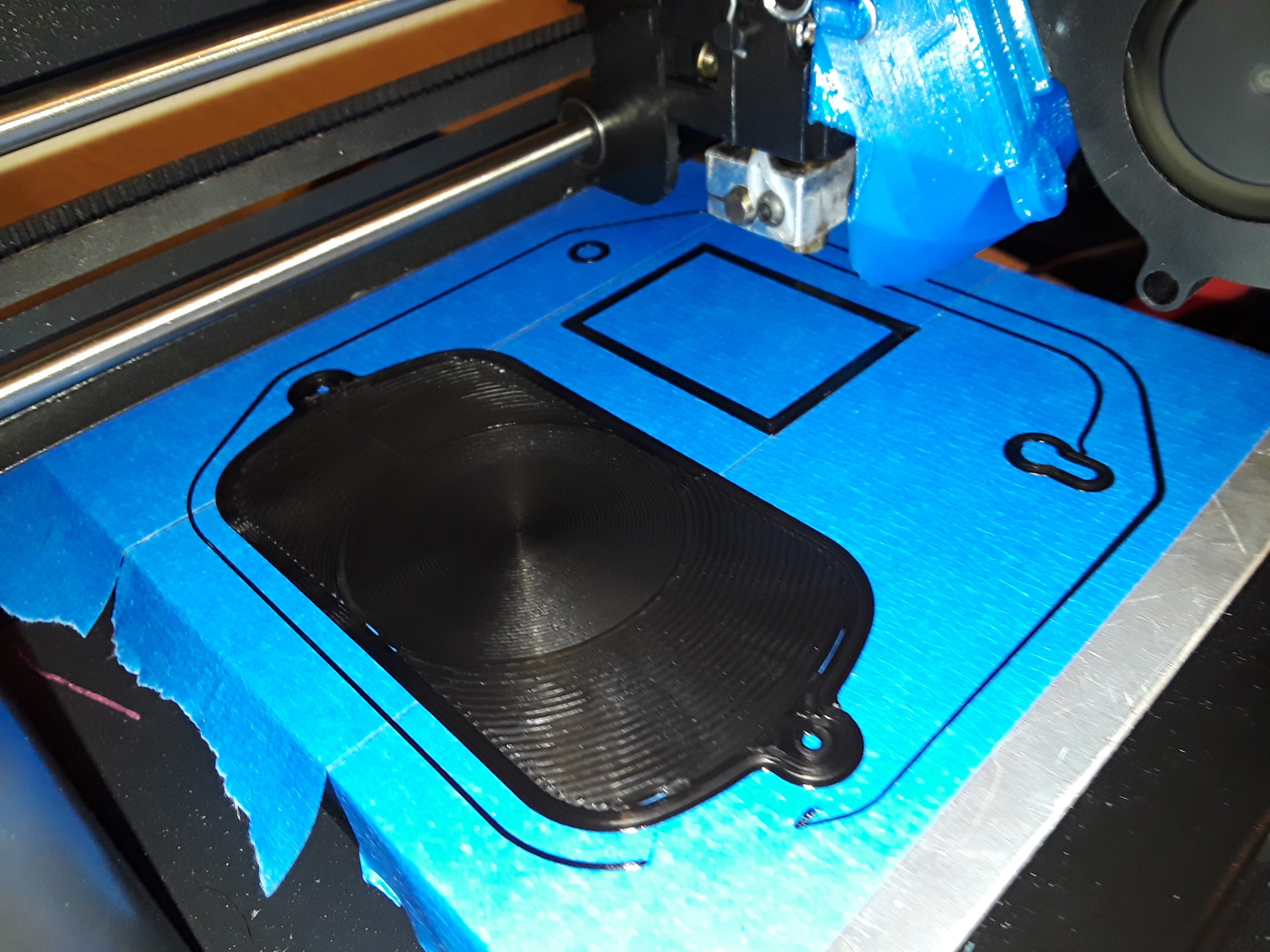 The only odd part I guess is that the tape doesn’t appear to last for more than one print, but that’s fine. The print sticks to it well but pops off when it’s done. Now I just need to adjust my slicer settings a little (see the gaps where the infill didn’t hit the perimeter?)

Guess I’ll be keeping blue tape around from now on!

My brother, who runs a fabrication lab at FIU, reports that it’s specifically 3M blue painter’s tape – other brands don’t have a top surface that adheres to the melted plastic and the printer will just pull a “drag spaghetti around in circles” dance. 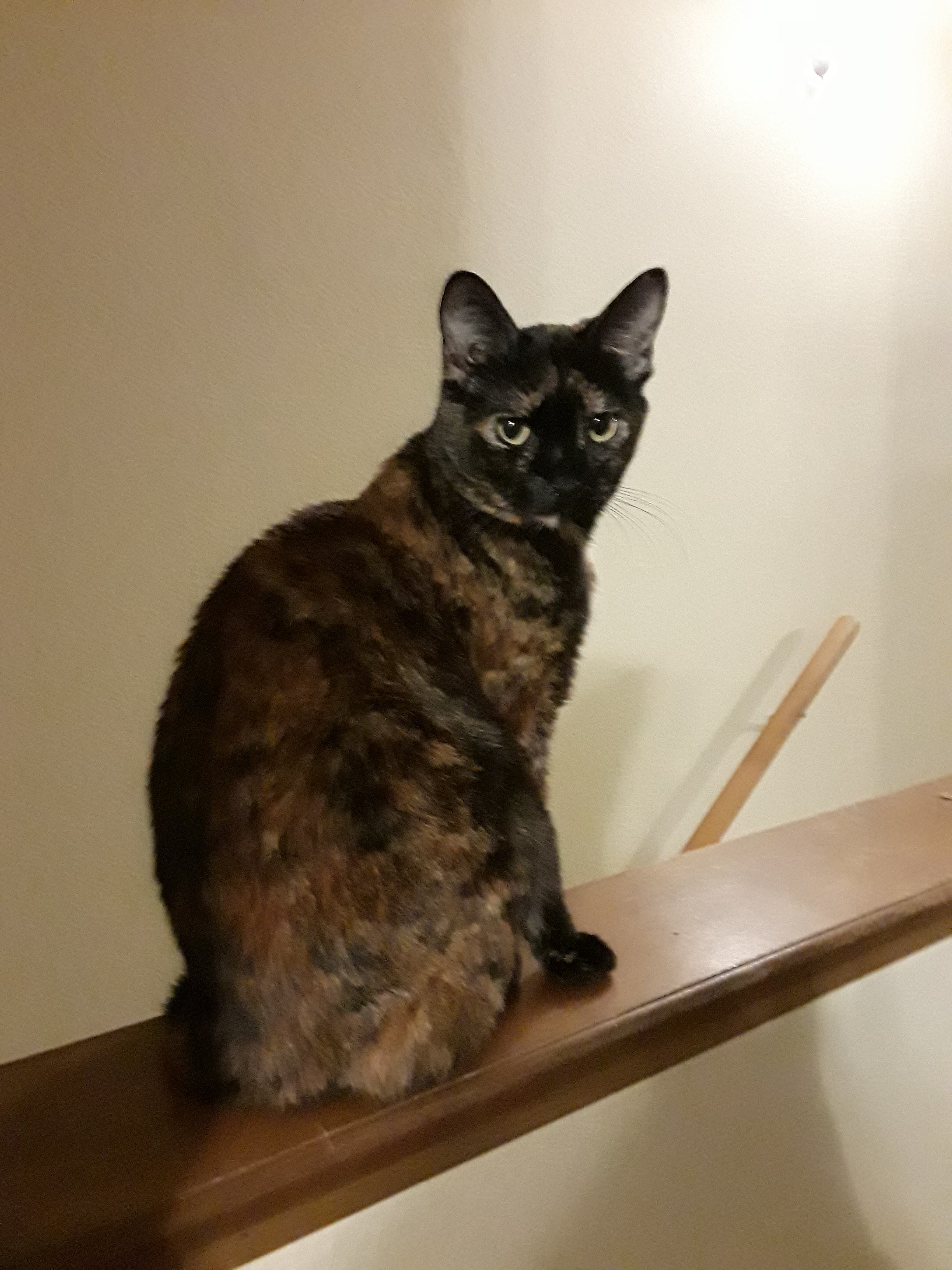 Cassie approves because now, instead of me wasting time scraping little bits of plastic off the PEI sheet, I just pop the print off, replace the bed with three new strips of tape, then go back to petting her.