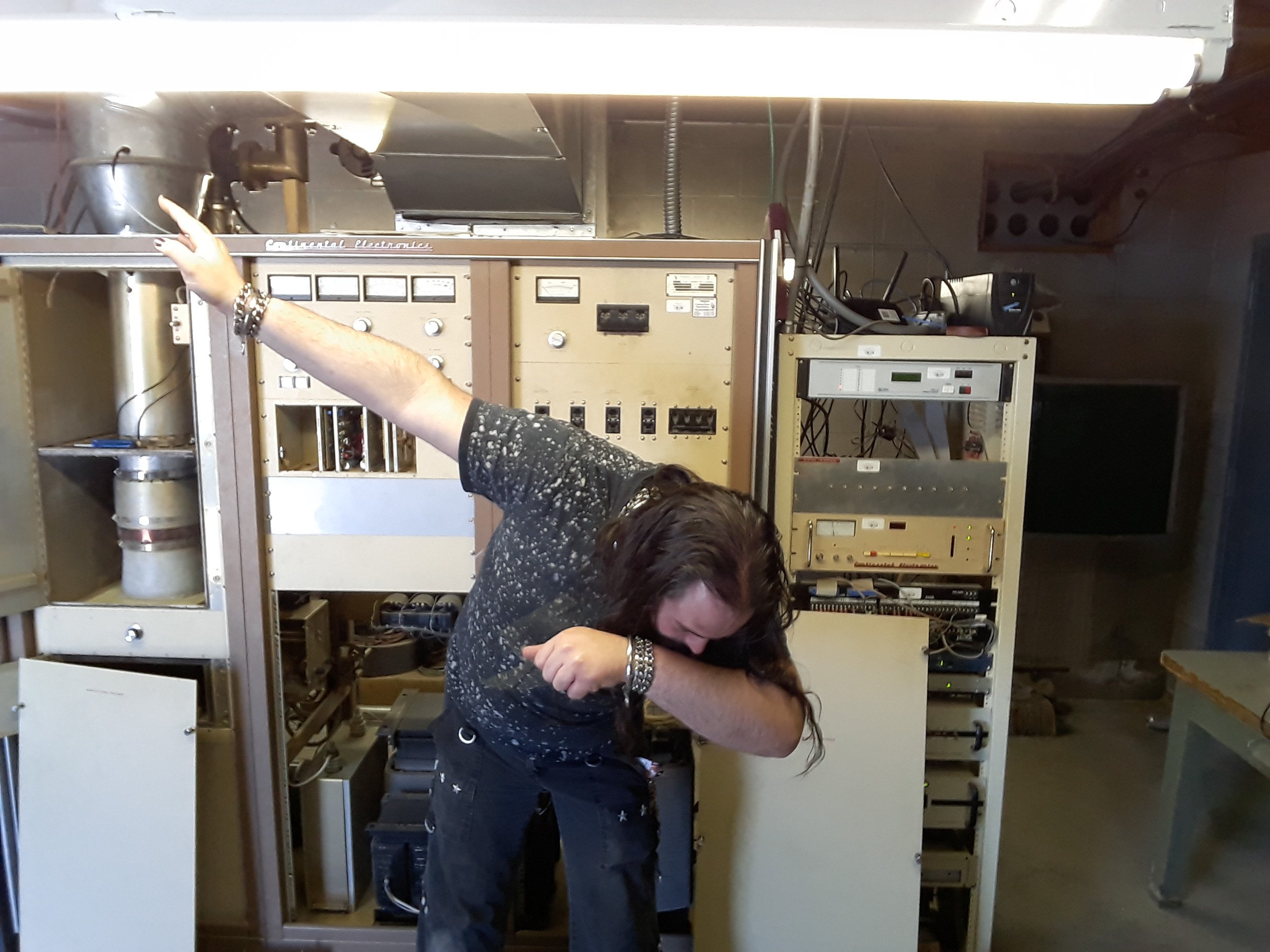 I’ve never really entirely been sure what dabbing is but here’s a rendition of it in front of a transmitter under repair. You’ll need that image to help convey just how surreal this tale is.

This morning I received a new Ikegami camera and lens, well, new to me– it’s fully digital, recording standard definition to a DV tape! I have one already but the tape transport started giving out, so I decided that one will continue on being used with 1394 capture.

Unfortunately the new one had an Anton Bauer battery plate on the back, and all my power stuff is the Sony style V mount, so I couldn’t power it up in the field just yet. I did test it using the power supply for the Tieline Via at work and it all worked fine. Coming soon: the rant on the bad cult of Anton Bauer power. It’ll likely be of reasonable levels of shitposting…

So I’m leaving the office and stopped for gas. Prices are almost $3.60 due to the holiday— eww.

Then as I’m getting back in the car after pumping gas, a border patrol vehicle comes screaming in and switches on its takedown lights and the officer jumps out and dashes to me. Double eww.

The camera is sitting on the passenger seat. As he was pulling in, I’d propped it up so the lens was aimed at the window. Of course it wasn’t running or even powered, but you wouldn’t just know this. The officer comes to the window and starts to ask to see my ID, then…..

Guess he noticed the camera. He now had his face in his elbow and hand over his badges. Before he’d quickly covered them I saw an ICE badge (without a number or name) and a G4S identification card. I guess that answers my question as to whether contractors are being used for this garbage.

“Is that camera on satellite?”, he asked…. His elbow. I could barely understand him. I replied “yes” and he suddenly lost all interest in my identification and turned his back to me.

Now, to the pillar holding up the gas station canopy, he said “you can go, good night!”. This revealed a case of male pattern baldness and a badly drawn cluster of stars tattooed on his scalp peeking through the greasy weeds.

I started to leave and noticed my phone was showing no service. It had been working fine while I was pumping gas. I looked back at the car and sure enough, there was one of those dodgy shitbox cellular jammers with like six antennas haphazardly growing out of it sitting on the dash. My phone came back on about a block from the station. 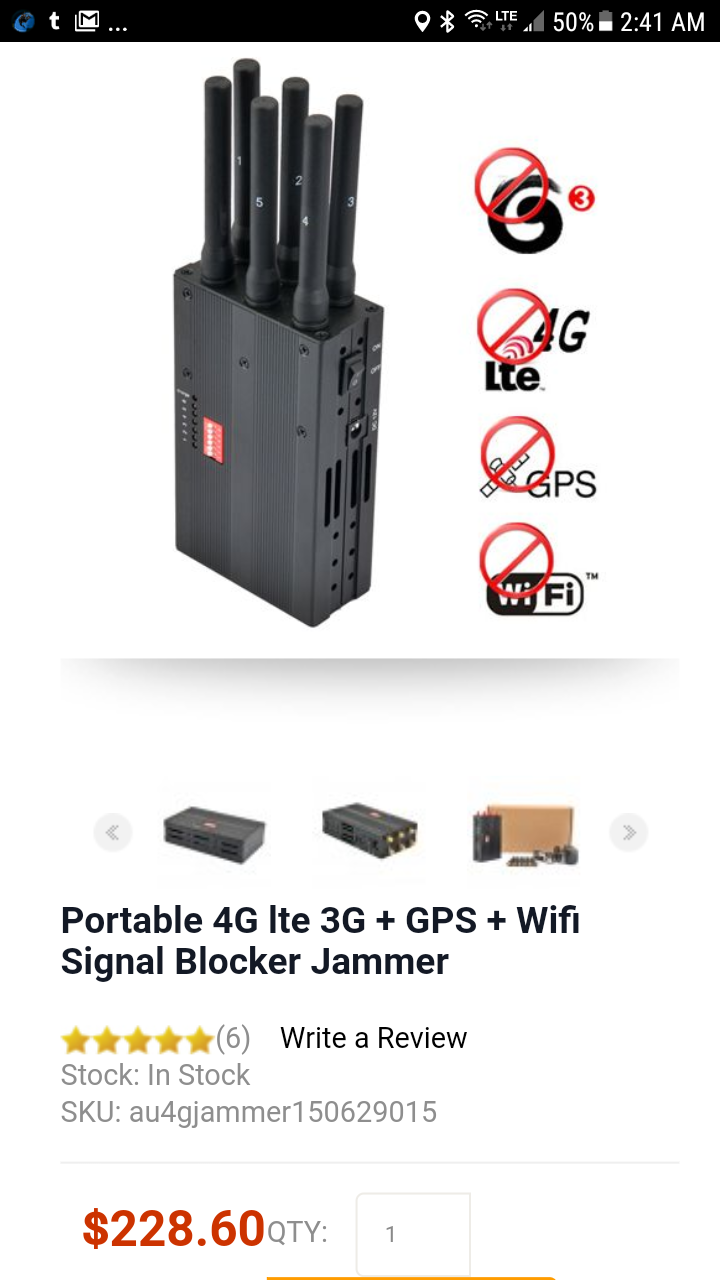 A similar looking device. I couldn’t just save that image due to clever stylesheet abuse.

I kept half expecting to be followed into an ambush, like a particularly awful one I experienced in the Shitty of Miami, but nothing ever happened. It was just a stupid spot check and I apparently inadvertently washed out the spot. Out, damn spot, out!

So I may have mentioned before that I’ve started to have issues over the last year or so really processing bullshit like this as reality, because well, what in the actual fuck?

This was like, if my grasp on reality is a slice of a pizza that someone’s trying to pick up and remove but it’s got a few strings of hot cheese connecting it to the pie… this just came along and sliced them right off. Oops.

So here I am driving home feeling like I’m actually in some kind of dystopian projection and not even questioning it anymore…. I was going down highway 99 west and seeing where normally empty little side roads now had police lights flashing in the distance and thinking of how Salvador Dali revisited his famous “The Persistence of Memory” in The Disintegrating of the Persistence of Memory, breaking up the landscape into atoms as understanding of particle physics advanced, but with a kind of unnerving feel to it as if this was bringing on complete destruction. Is this just “normal” or is this a slow disintegration? What the heck is this? 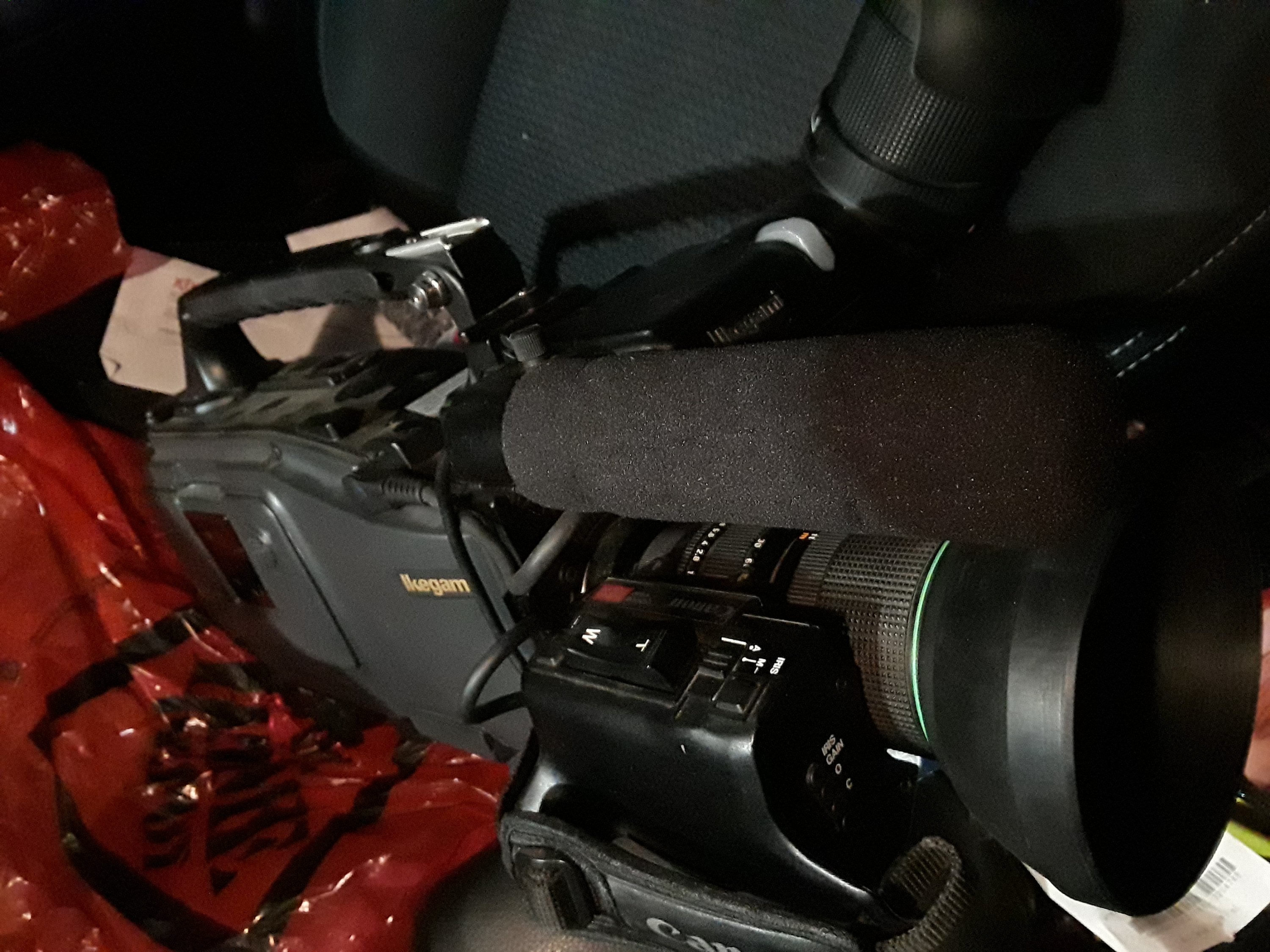 Pardon the mess, this is the camera I was talking about, it’s huge. It’s one of these things that sits on your shoulder and then you have to try not to walk into walls any more than usual. 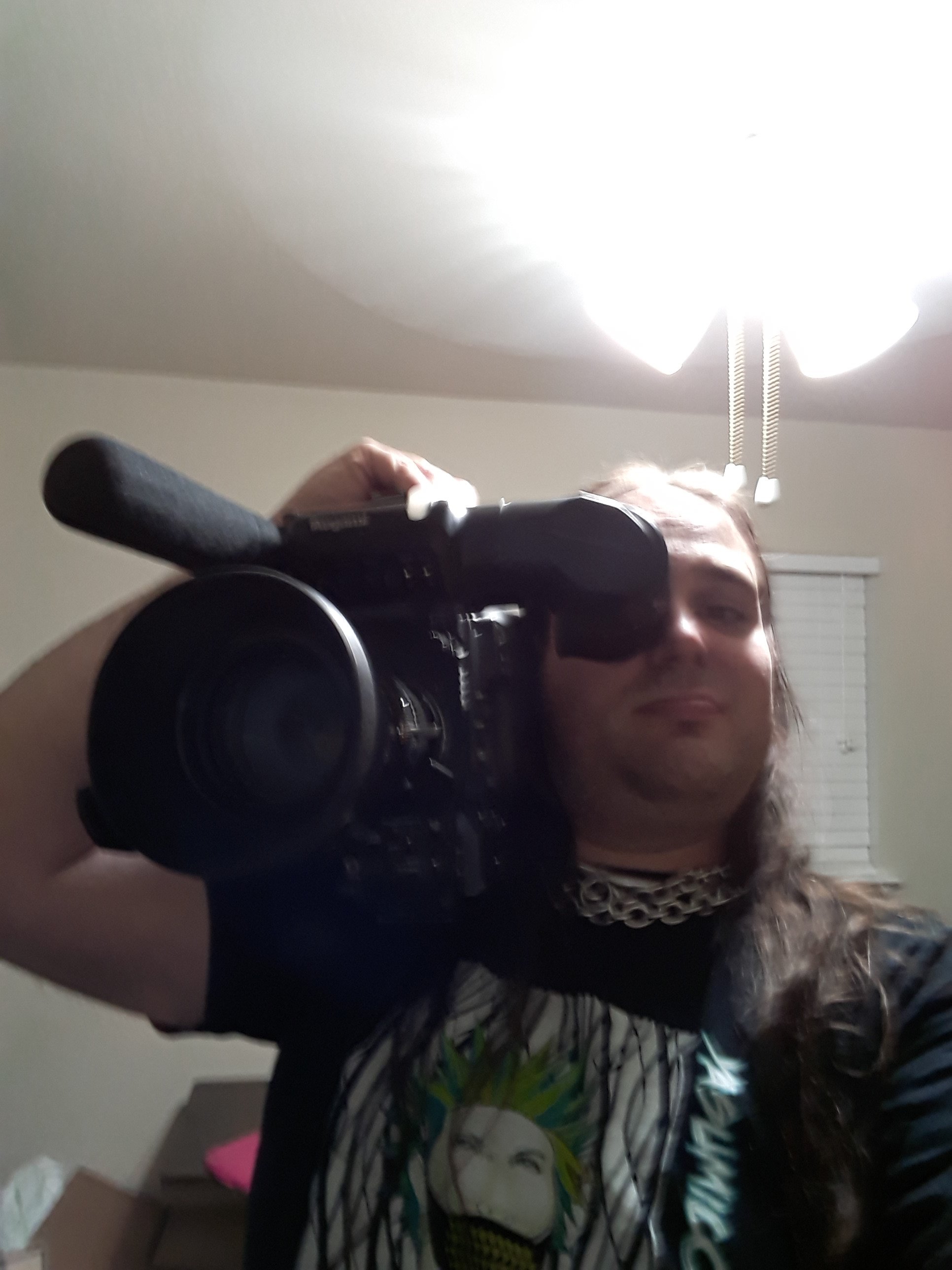 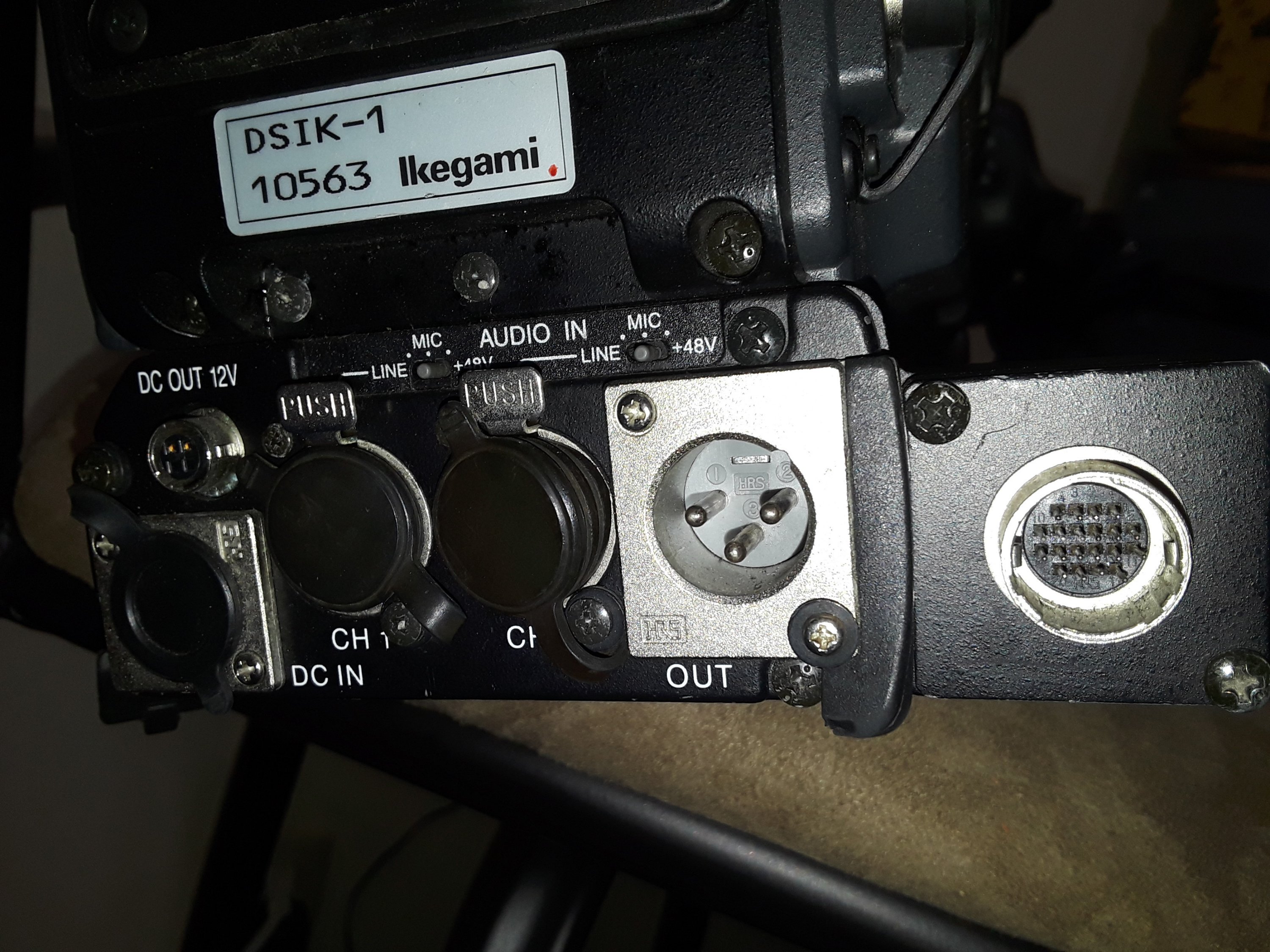 Also it doesn’t have this extra connector on the right that my other one does, and weighs noticeably less. I wonder what the difference is. I found the test pattern generator set to “IDPTV CAM2”, Idaho Public Television? … and the VTR hour counter at an amazing… old… EIGHT. Yeah, this was a studio camera most likely before the studio upgraded to HD. The Canon lens has a slightly whiny zoom motor that appears not to be serviceable as it’s in a cemented plastic cylinder,, but it’s getting quieter as I work it. 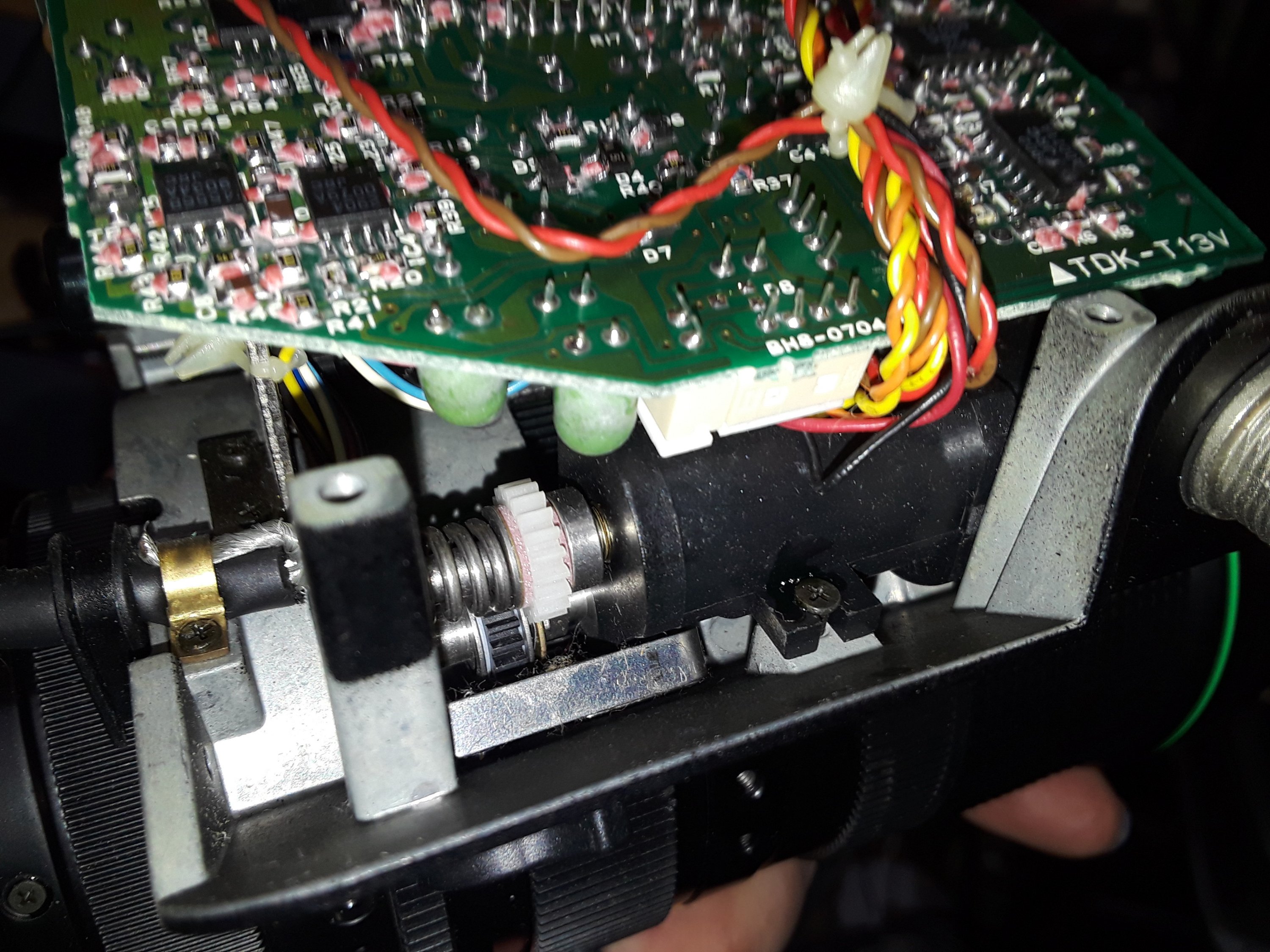