You know how at a lot of stores they give you the option to select cash back from a debit card transaction? 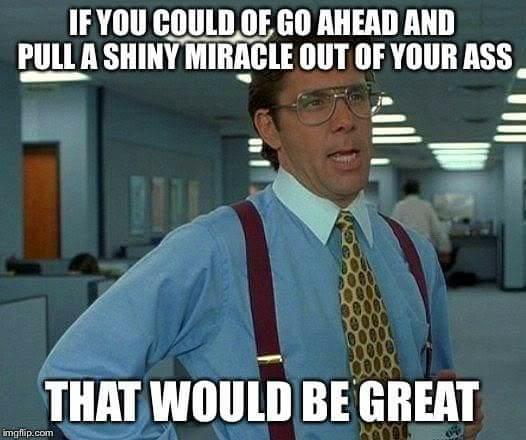 This appears to be a very ridiculous trap if the store is out of cash and the cashier doesn’t warn you ahead of time. The point of sale system has no option to cancel this transaction– in its code, it treats that as change that’s been issued and that’s that.

Finally, the manager solved the problem, for me at least, by giving me $10 out of his own wallet. He should not have had to do this.

The condition that led to this is the ubiquitous “South Florida Sucks” part of the post.

This happened to me at a 7-11 store that, for a while, had armed robberies almost weekly after dark. They no longer have the usual electronic cash vault unit that 7-11 stores all do, because it left on the back of a pickup truck in one of their recent robberies. Guess who was lucky enough to ask for cash back the afternoon after they got knocked over yet again in broad daylight?

This store now has a police officer parked at it every night to deter the robberies. It pretty much works, but the store usually slams the doors shut and turns out its lights immediately if the officer has to leave on a call. I can’t blame them.