There’s been a series of ads running on the radio stations here promoting the use of…. Radio. 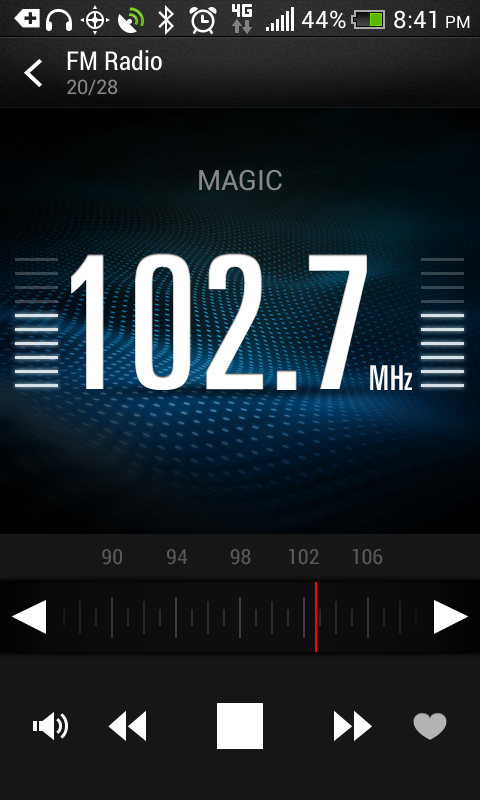 Fact is, many phones contain an FM radio tuner. On some of these phones there’s an app provided to turn it on and listen. Here’s the stock HTC radio. (RDS supported, but displayed like 10 char at a time… Why??)

One of the other ads they’re running is for NextRadio, an Android app that works on many devices if an app wasn’t provided or if your wireless carrier ripped it out. Open NextRadio and you are provided with a channel list that’s even populated with what’s currently playing, if they have access to that 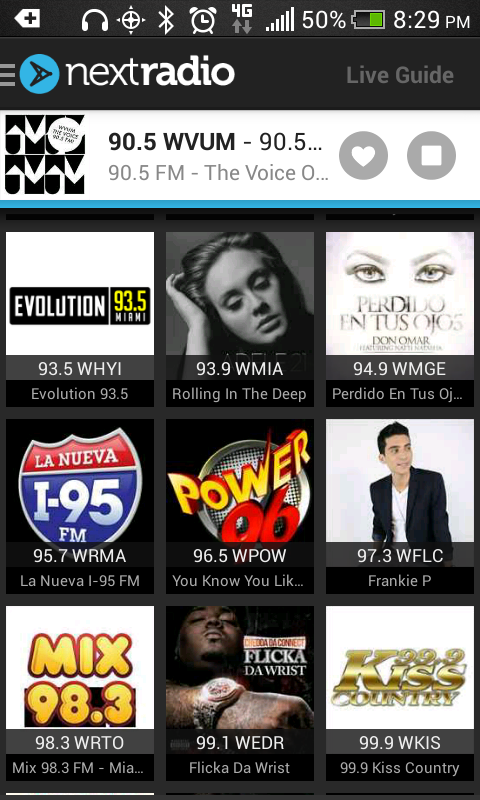 Switch the app to basic tuner mode if you want to manually choose the frequency… Auto scan does work properly and it finds the friendly local pirates.

It doesn’t appear to use RDS for the metadata. One interesting thing – unlike the htc radio app which is so laggy it feels as if it’s sending the commands to the radio out for translation to serial data via first class mail to Ochopee, Florida… NextRadio has no noticeable lag.

So as for the important requisite questions…

Do they have ads in the app? Not that I’ve noticed, however if you choose to buy albums via the built in links they probably get a commission. The website mentions it being able to sync visual and interactive content, I haven’t seen this in action yet.

Do they track your listening? Maybe. If so it’d be a pretty useful set of metrics for the sales people at your local radio stations, a hell of a lot more useful than Arbitron. If so, it’s just for aggregate stats.

Or it’s just a fancy radio. I d 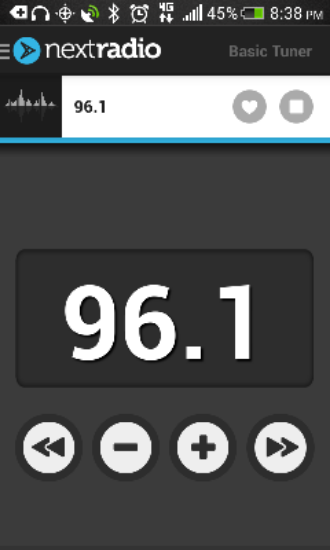