I was waiting for a very long traffic signal to let me cross the street when I heard some really loud washing machine sounds from an open air laundromat a few hundred feet away. Loud. Old school. 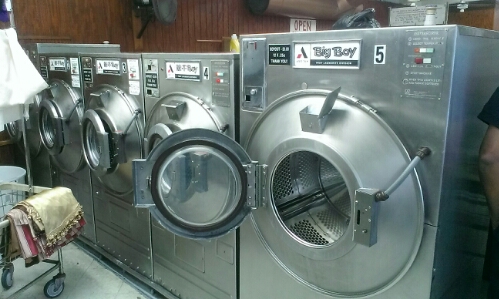 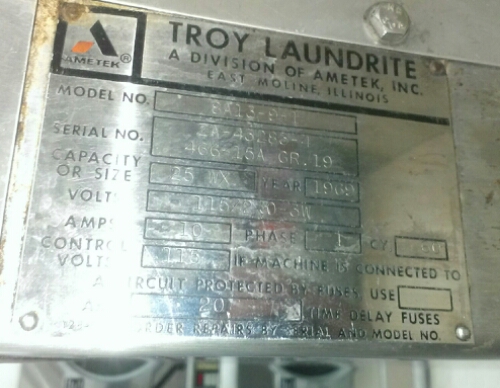 Well. Old school indeed. An Ametek Mi-Ti-Boy… These machines have a very simple drive system that causes the wash motor to spin at a hilariously inappropriate speed when a spin cycle takes place. I wondered why I could hear a turbine engine like sound from down the block….!!
Early versions of these allowed you to press the door open button with the machine full of water with equally inappropriate results. No idea if these have the updated relay logic to fix that.

Edit: NOPE!! There is no interlock. 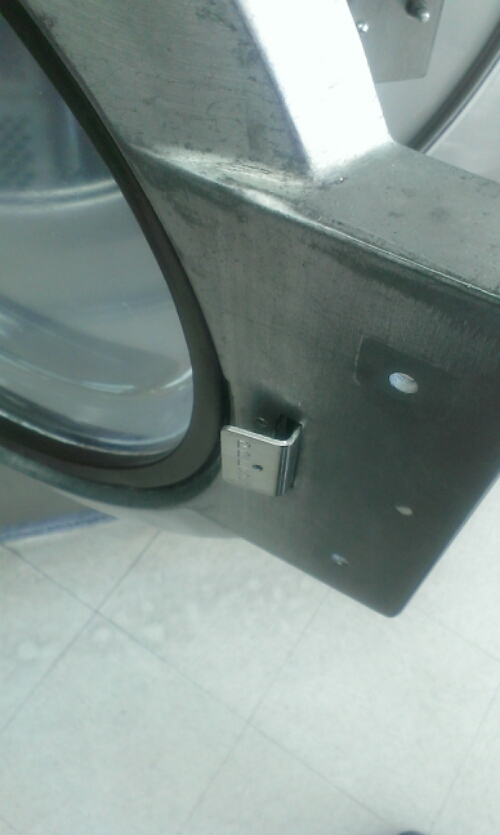 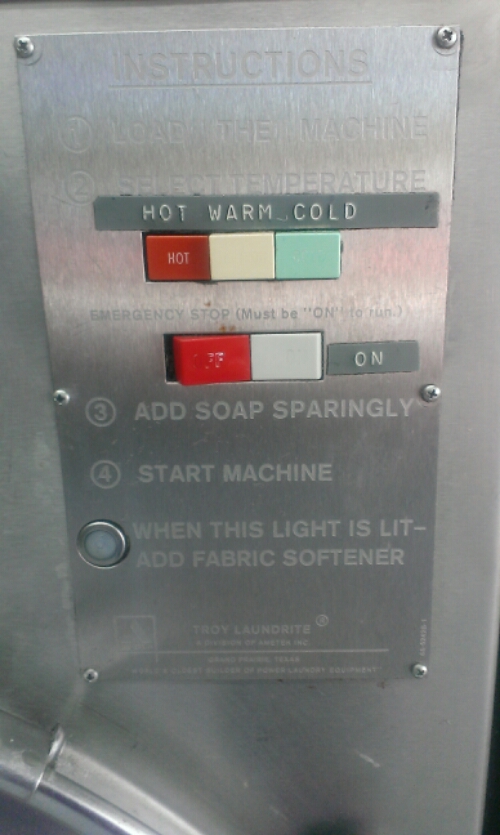 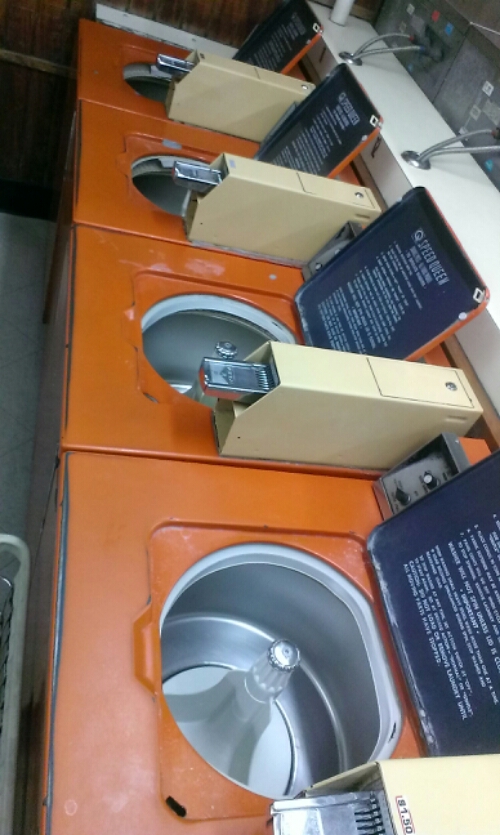 Every time I have seen this model it’s installed sunken into a wall like this. Also, every other time I see front loading washers in use, I see that people don’t realize to back off on the detergent. The Continental-Girbau machines actually have a warning about that on the front panel. The Ametek control panel says “ADD SOAP SPARINGLY”.

Newer versions of this machine would have had a solenoid operated door release with a light up button instead of the push tab. The timer disables the release and turns off the button light if the drum is moving or full of water. To remove laundry from those machines if they’ve lost power requires a screwdriver. 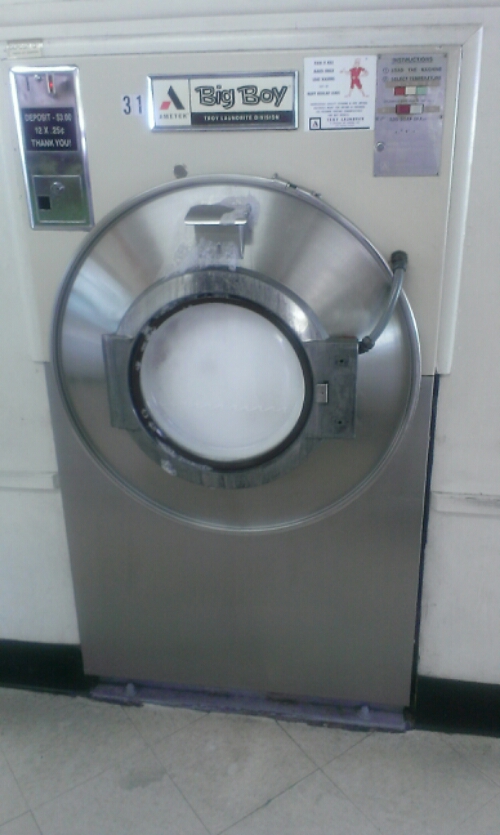 Someone needs to cut back on the detergent

Old Speed Queen washers. They really haven’t changed much but new ones probably don’t come in that delightful orange anymore.

Here’s the Apple Green. I’m guessing they had both the Sunset Orange and Apple Green to match the colors of the University of Miami. 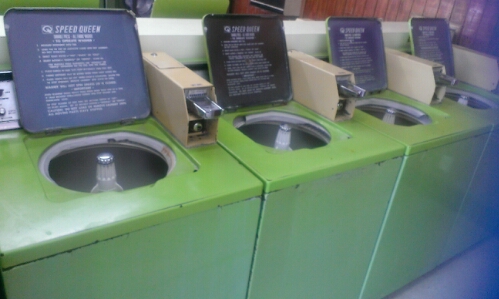 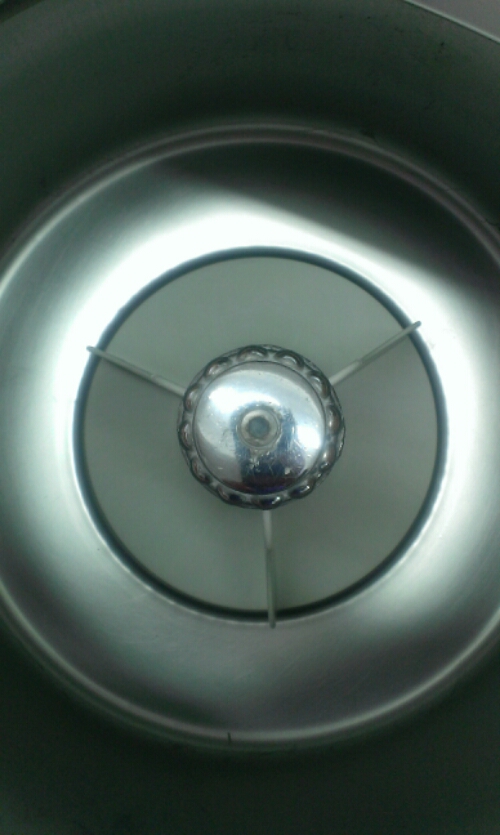 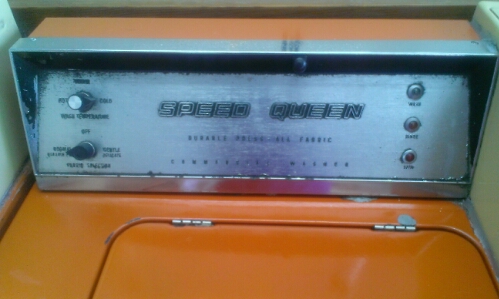 Continental Girbau washers… these aren’t the latest model, but are equipped with some interesting features including an LED countdown timer and NO BRAKES. NO BRAKES AT ALL. This one literally took over three minutes to come to a stop after the final spin. Most other washers either brake or re-energize the wash motor to force the drum to slow down…. this one just makes you wait! Note that the light *next to* the large square light is on – the large square one means “I’m done, you can open the door now!”.
On many machines, the braking cycle is labelled “fluff” or something similar, but its purpose is just to re-engage the wash motor so you’re not treated to a long delay waiting for the drum to stop.
Unlike the Ametek, this one makes you wait. 😉 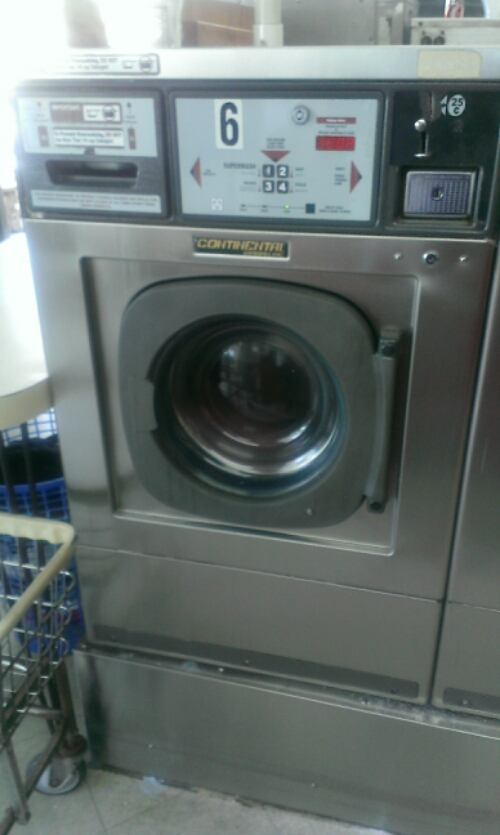 No identifying marks. The LED displays show either “door”, “HIxx” or “LOxx” to show the temperature and drying time, or “FILL” if the dryer’s available for use. 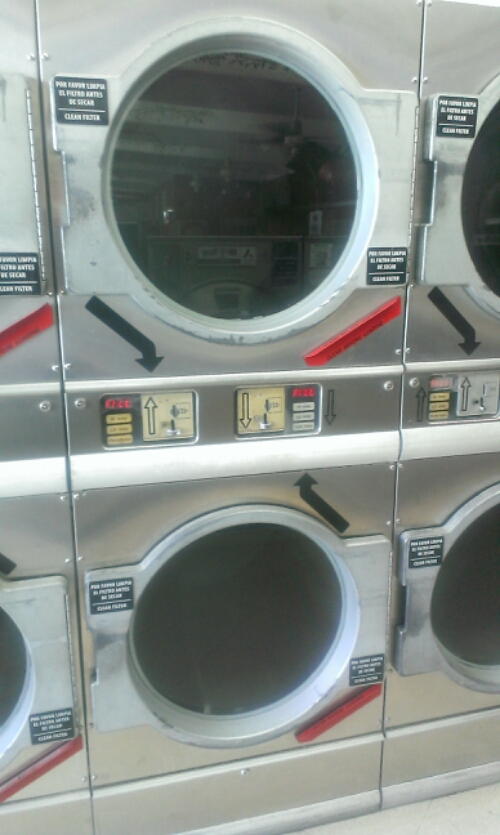 ….And these guys predated LED displays being cheap enough to use on a mere laundromat dryer. 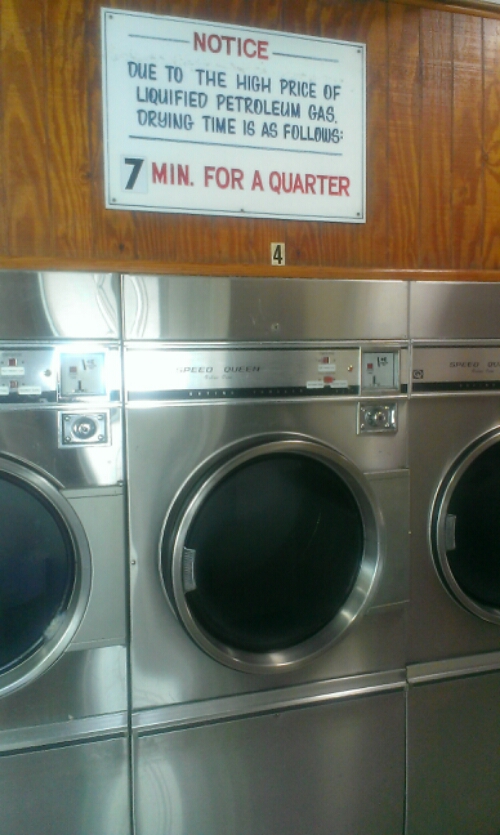 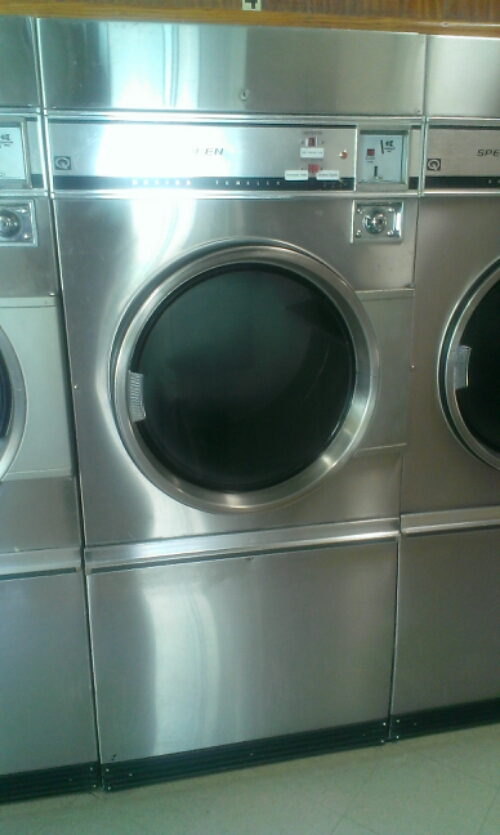 The place was too busy for me to get more pictures without getting trampled and dirty socked or whatever. It’s City Wide Coin Laundry on 27th Avenue and Coral Way in Miami… For when you want to do your laundry 1960s style.

My grandfather told me about how he used to wire up the Ametek machines in hotels in the Caribbean. One of the first installs ended with a foreman pushing the door open button with the machine just winding up for a spin cycle (which occurred WITHOUT waiting for the water to drain first) and the effect was like the world’s largest lawn sprinkler.

The same Speed Queen washer is still in production now, albeit way more bland. It’s supposedly more efficient now. I’m not sure, if anything that giant agitator wastes too much space. I stopped using these after finding they could not dissolve the powdered detergent! 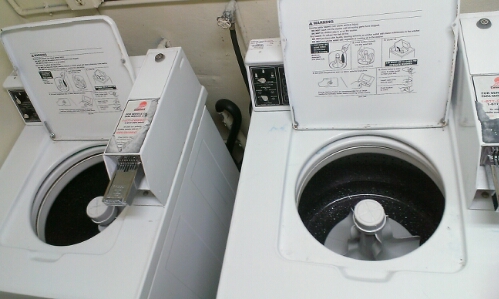 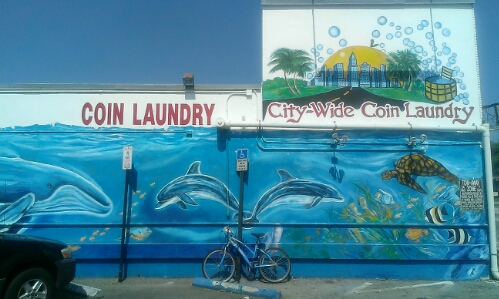 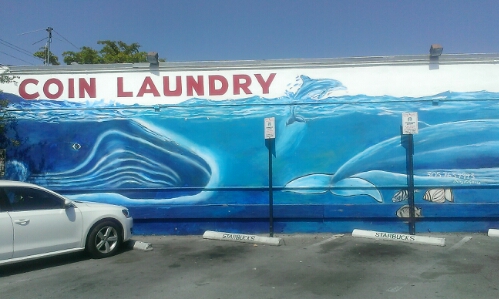 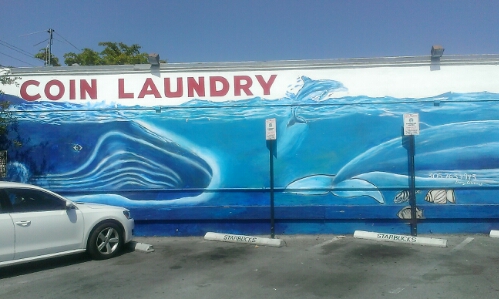 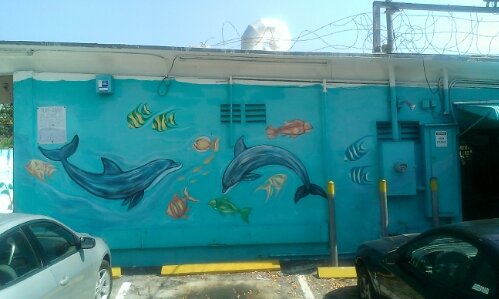 6 thoughts on “Here, just throw your laundry in the TIME MACHINE”