Found this cast off in the garage here. This unit has less storage in it than the hard drive in my laptop nowadays, but boy, was it ever cool for its time, and the way it’s implemented is nothing short of amazing. 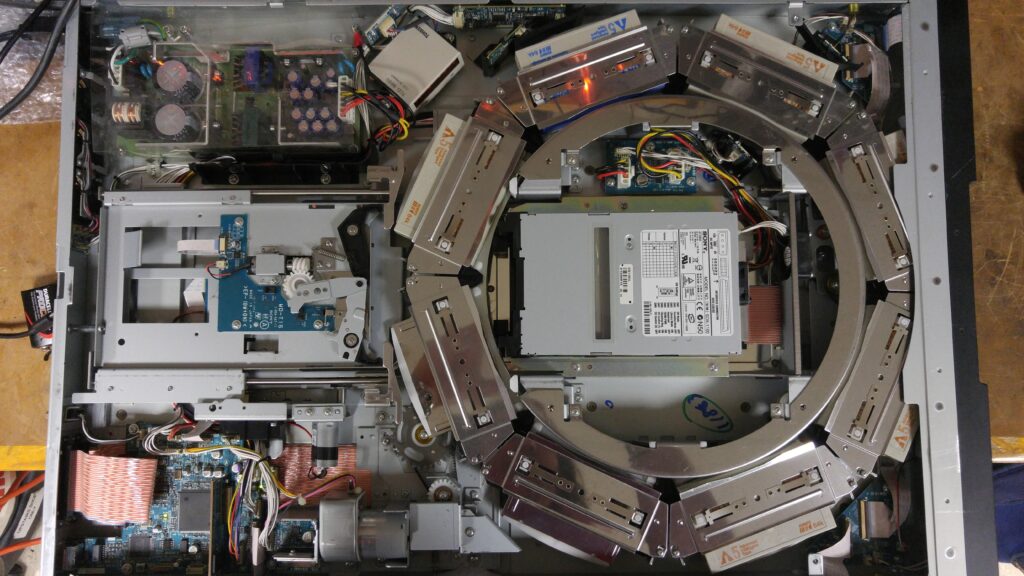 At center: The AIT tape drive. To the left, the loading assembly. At right (not visible) is a small motorized access door and LCD user panel. 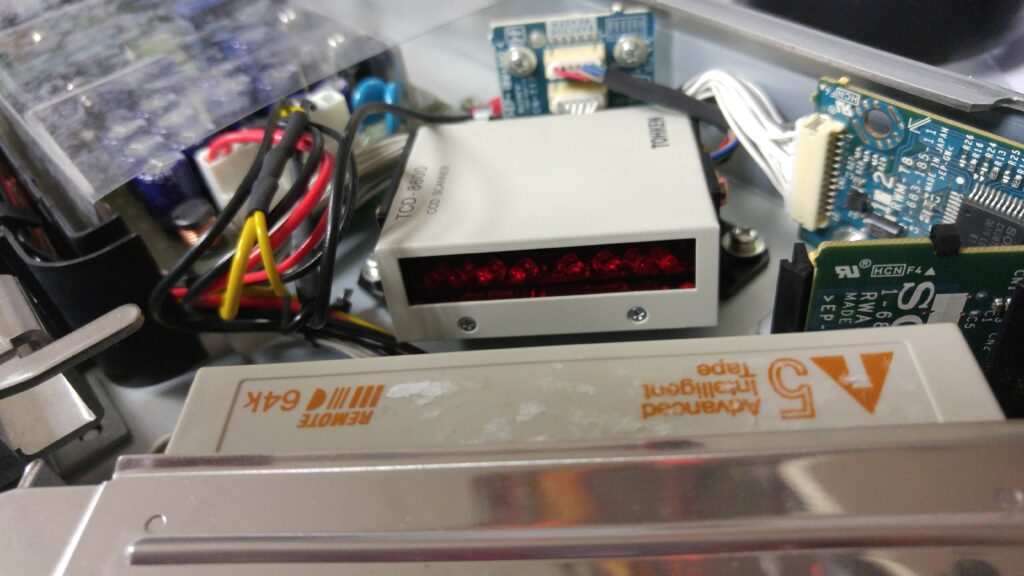 Each tape has a barcode label, and this scanner flicks on to read it.

The tape cartridges and the library unit support R-MIC (REMOTE Memory In Cassette). 64 kilobytes of metadata are accessible via an RFID interface.

As the library queries these chips, it does a very strange and very slow little dance, rocking the wheel back and forth. I had no idea what it was doing at first. I suppose I could skip this by turning off R-MIC from the front panel. The barcode scanner works almost instantly, like, you know, any other proper modern barcode scanner 😉 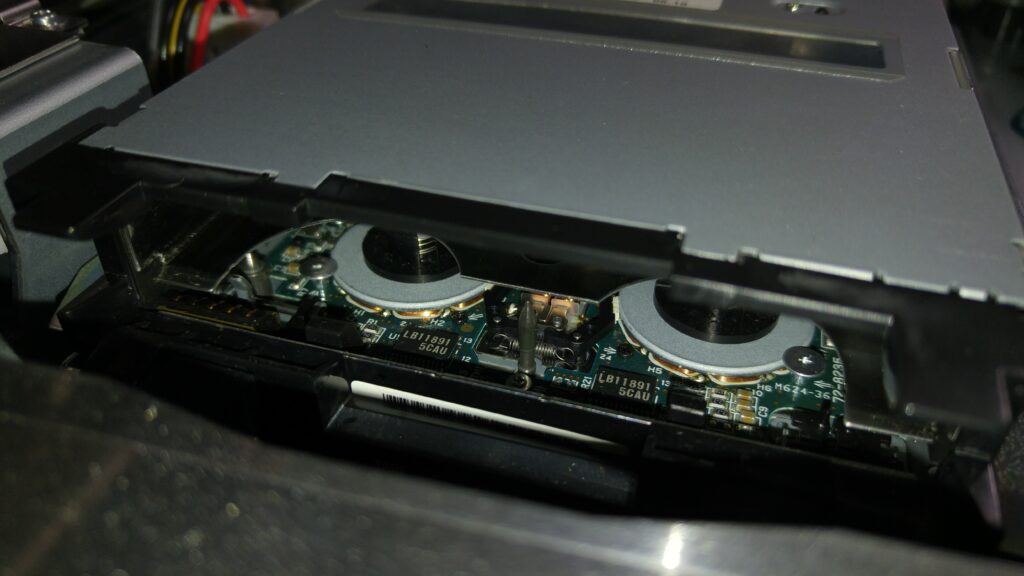 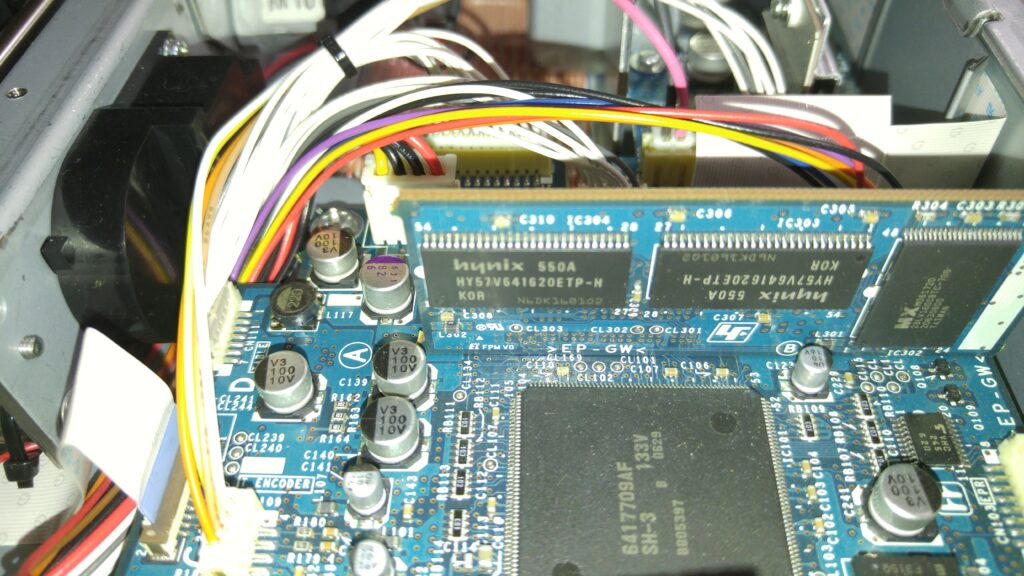 The CPU board looks very… well, very Sony… all of THOSE capacitors… Also, the RAM and Flash were put up on that pluggable daughterboard, probably due to this same CPU board being used in a couple different units with different storage needs… 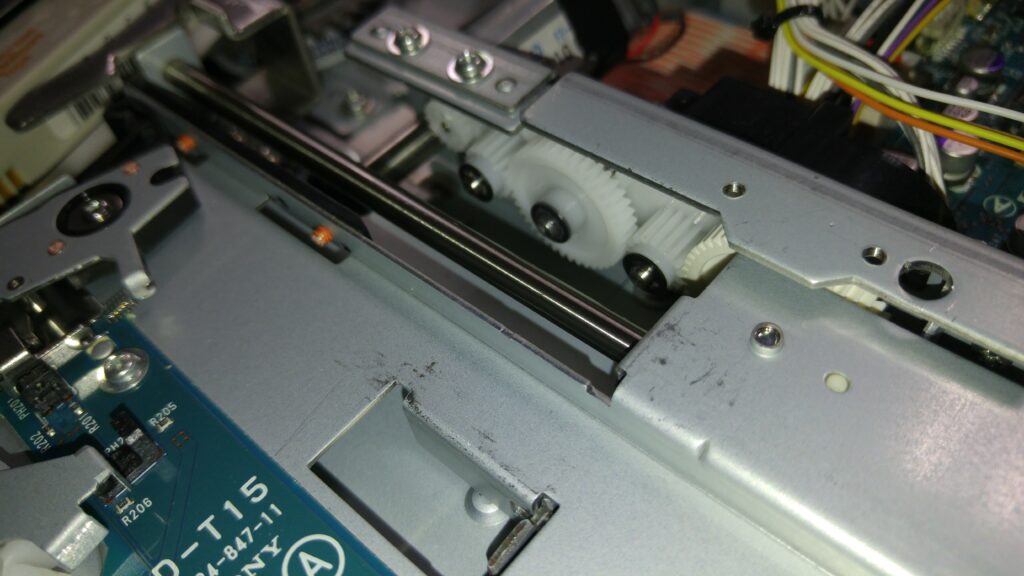 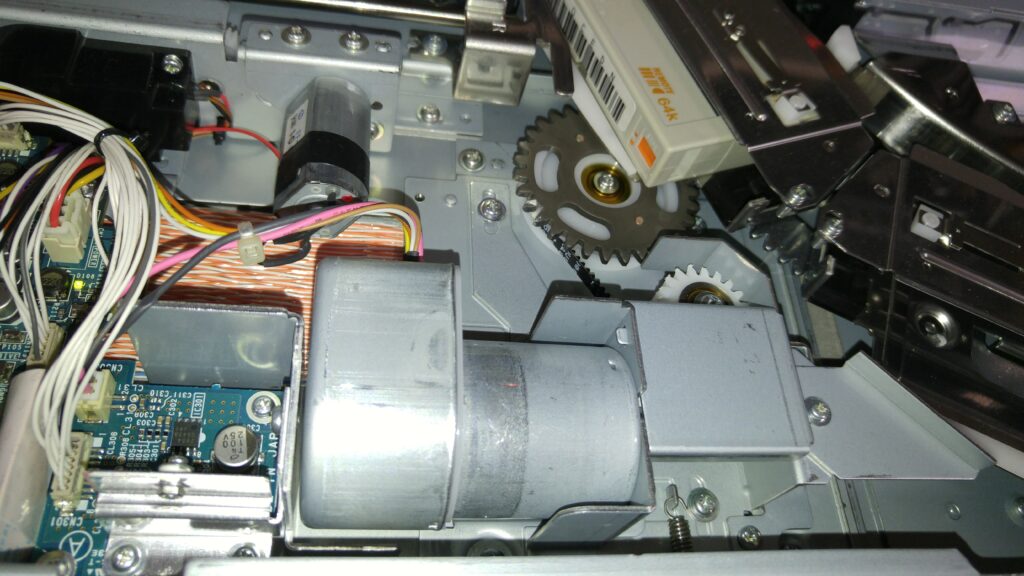 And the big motor that rotates the turntable. The turntable moves on a set of sealed ball bearing rollers, it’s very slick! 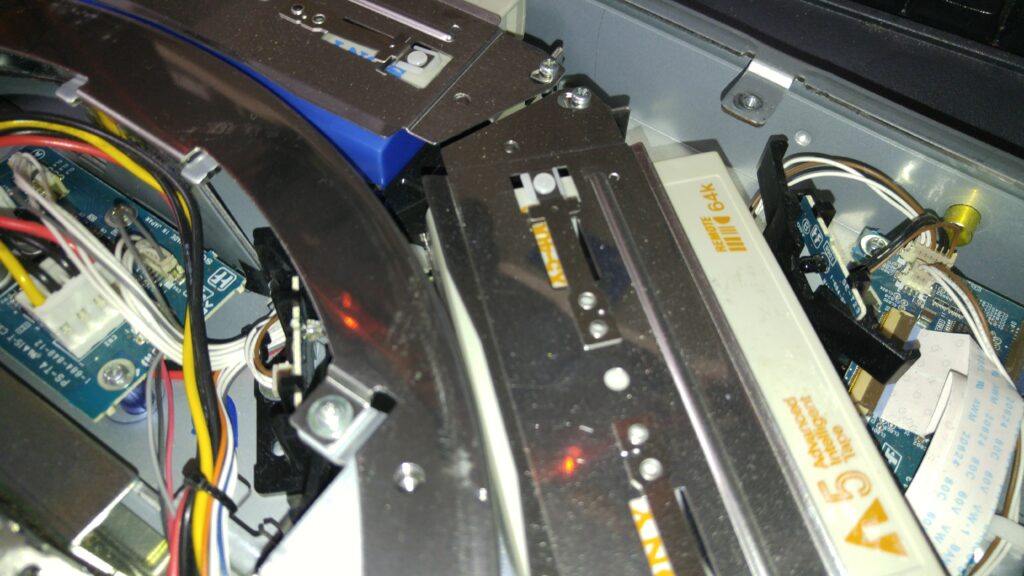 At left and right: IR emitter and detector. These just beam right through each tape slot to determine if a tape is in place. 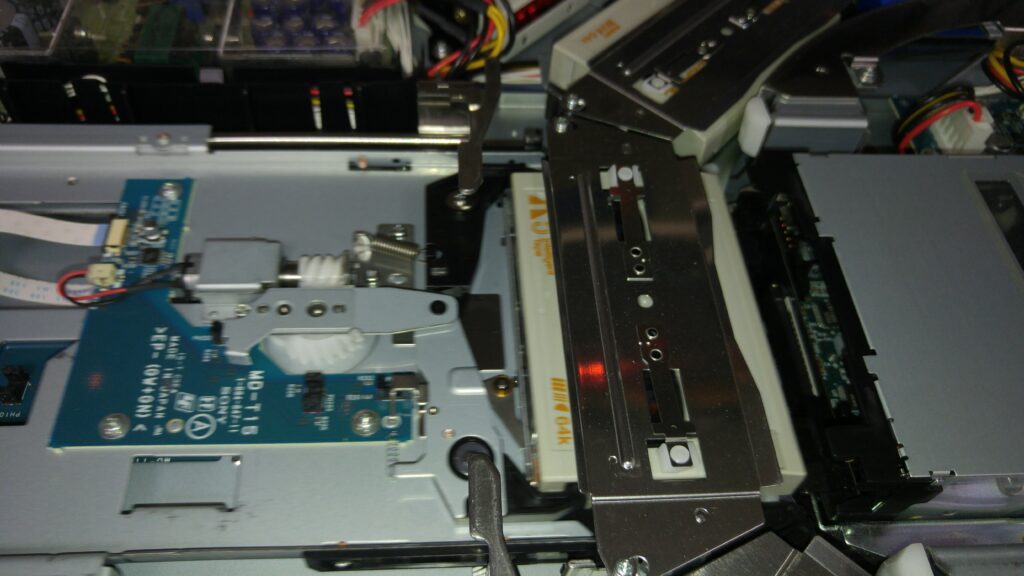 The loader grasps a tape via the two claws at the front, which land in recesses in the back of the AIT cartridge. This allows it to grab the tape cartridge positively and securely for handling. The small metal finger directly to the left of the R-MIC logo on the cartridge is the write protect sensor; if the cartridge is set to write protect, it’ll fall into the hole opened up by the tab having been moved and the opto interrupter flag at the right side of the blue circuit board will clear the sensor to indicate the cartridge has been marked read only. 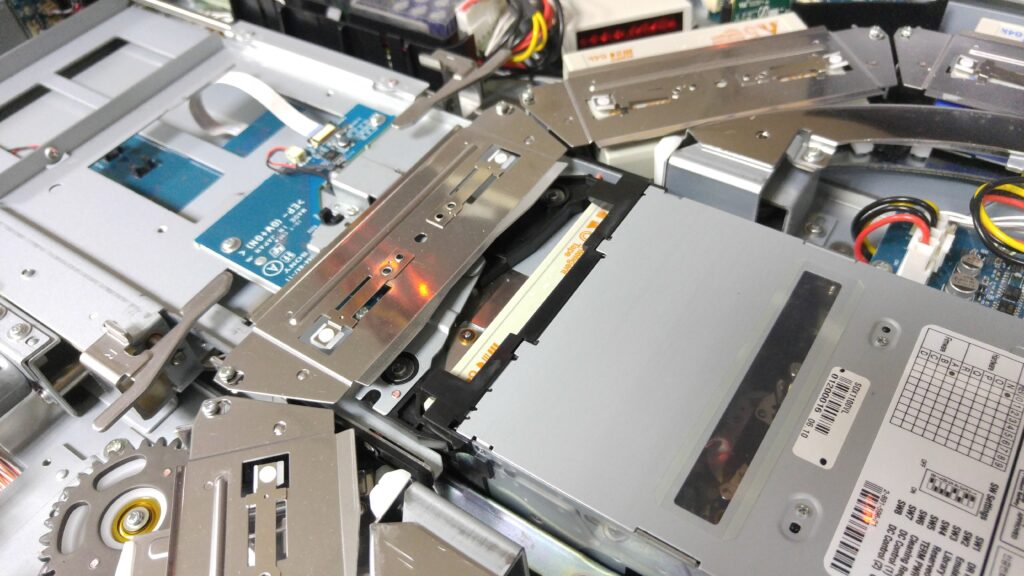 Video contains loud and very unfitting music. You’re welcome. I want to make a better video of this but my phone is rebooting after about 30 seconds of video… It’s telling me “go buy that BlackMagic Pocket Cinema camera… you know you want it… MICRO FOUR THIRDS GOODNESS…”