For over a year I’d been trying to rent a storage unit to stash some of my equipment in when not in use. I had no luck for a very long time– every offering I found was either over $300 a month and/or required an astronomically large deposit and a yearly contract. Finally one place I’d gotten on a waiting list with eight months ago had a unit available and it was surprisingly affordable, especially for a climate controlled facility, even after the $10 a month extra fee for the 24 hour access they never disclose anywhere as requiring an extra fee!

It’s built in and around the site of a former large bakery, which left South Florida due to a necessity to consolidate and the exorbitant costs of producing their goods here.

It now houses a large number of climate controlled storage units in the old bakery building and some additional ones in outbuildings, as well as a maintenance facility for rental trucks.

Of course there’s gotta be a reason it’s so cheap, and that’s that it is nearly impossible to access.

Access to the facility is only possible via one road, in one direction, which in turn is only accessible via one small isolated industrial district. During the day, that’s a two hour queue to get in and another half hour to get back out.

At night, it’s perfectly fine…. Until they suffered the Truckwall infection. 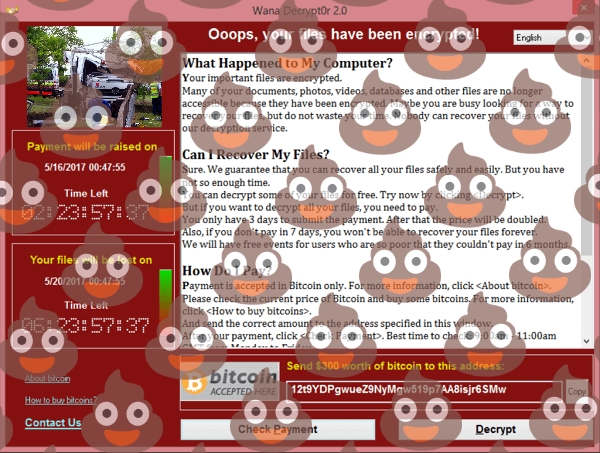 I came up trying to get in as he was filling out his paperwork and asked if he had to leave the truck there or if he could move it a few feet away from the gate to restore access (if anyone is inside the facility right now, they’re trapped as well!!)

He told me that he would…… If I gave him $150 in cash within the next ten minutes. Otherwise he’d just leave.

OOPS! YOUR STORAGE HAS BEEN BLOCKED BY TRUCKWALL!!!

I gave up and left after calling the city’s police department, who outright refused to send anyone.

There are just some things you have to, sadly, come to live with as a fact of life in South Florida, and one of them is that you sometimes you’ll find yourself locked out of where you want to go due to road based stupidity.
Infection resolved!

As I feared, TruckWall had trapped users of the facility. One of them had a large pickup truck with bull bars on the front. TruckWall’s payload was shoved back from the gate…. with slightly more damage than it had originally.