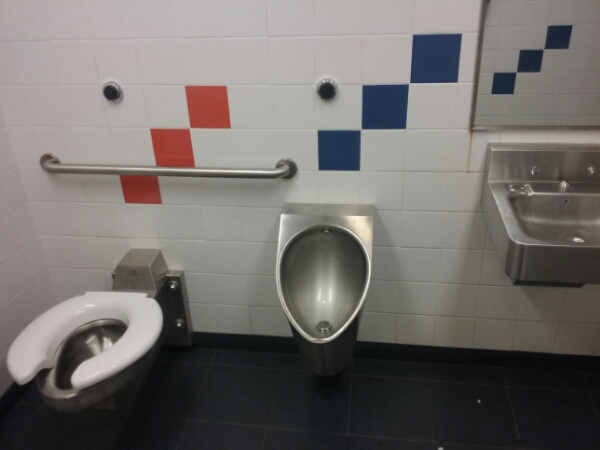 This is hopefully the closest I will ever come to being in a prison cell. This is the restroom at Earlington Heights station. I got a laugh from the fact that, first, it’s probably the cleanest thing I’ve ever seen within the Miami-Dade Transit system. Second, they modernized it to prison fixtures at some point to prevent vandalism.

The sink is exceptionally weird. A big stainless steel hemisphere with one hole in it sits on the backsplash. Press the button and water comes out of it like it were a drinking fountain. I’m guessing if this were in a prison cell it would double as the drinking fountain. Clever.

The toilet probably wouldn’t have a seat either.

But yeah, kudos to Miami-Dade Transportation and Public Works or whatever the department wound up being named for actually having a clean restroom. I wouldn’t have expected that.