Looking to see what the first steps are in restoring our stations to service…. 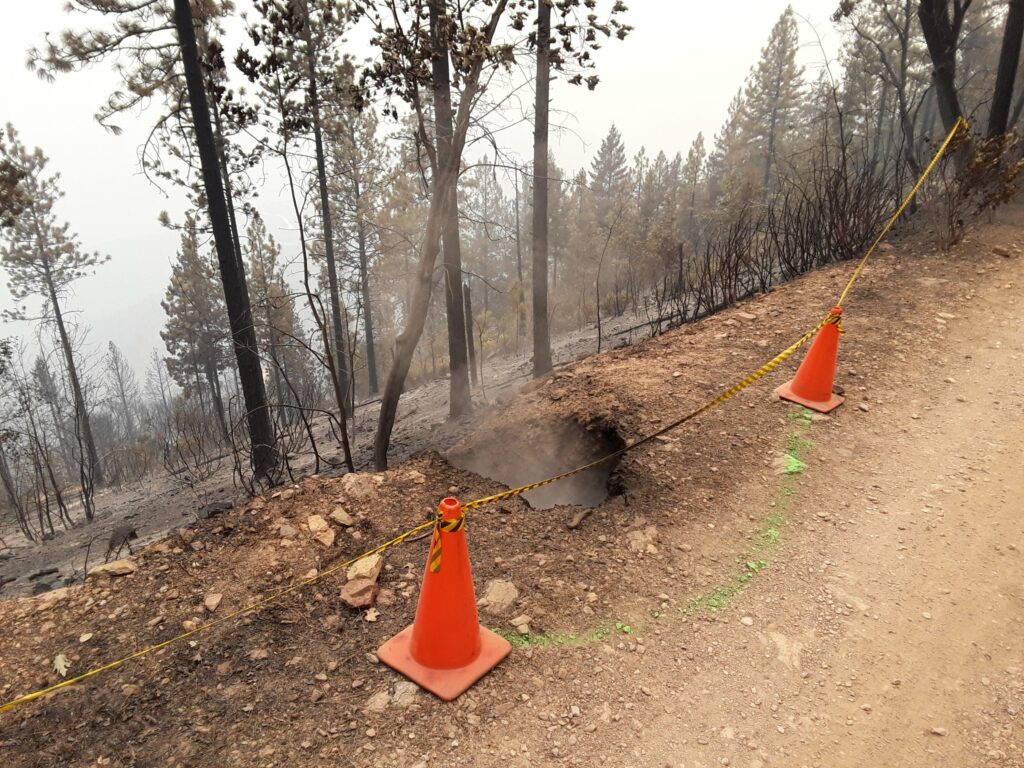 We were all kinda amazed with this smoke-spewing hole. It’s the root system of a pine tree that started burning underground. It’s likely that this will eventually cause the road to cave in a bit and require filling/excavation. 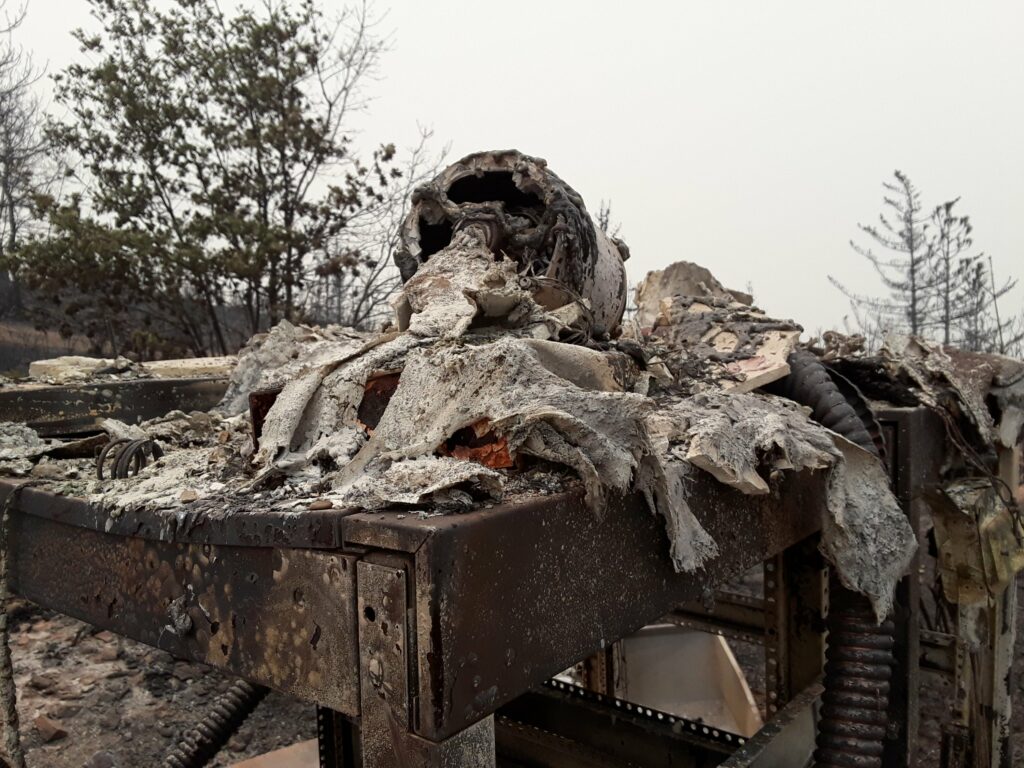 I don’t think I can fix this dehydrator. The steel spring off to the left was inside one of the dessicant cylinders, which either melted or oxidized into powder, or… something. 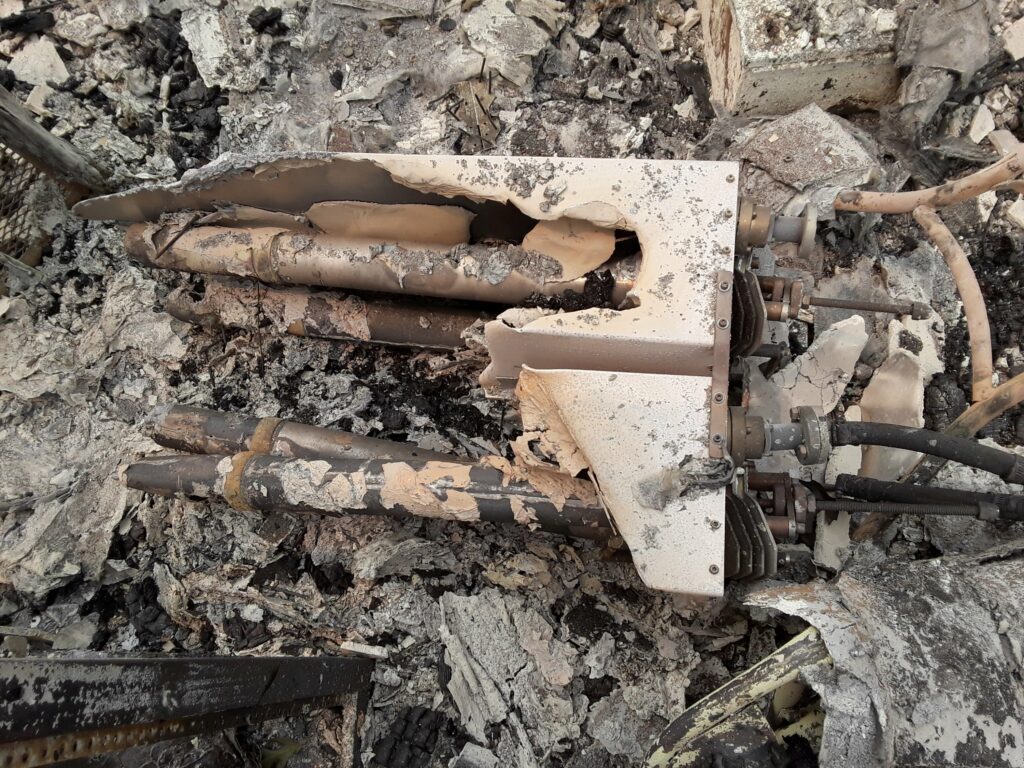 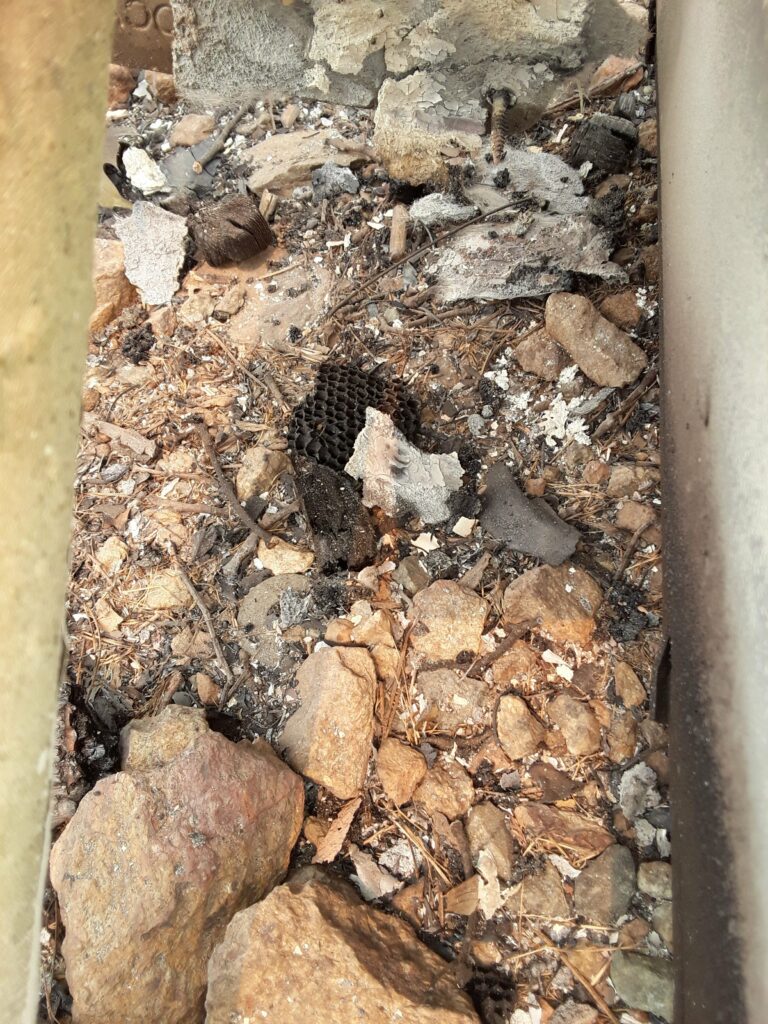 waaaait you can’t even destroy wasp nests with fucking FIRE???!!! 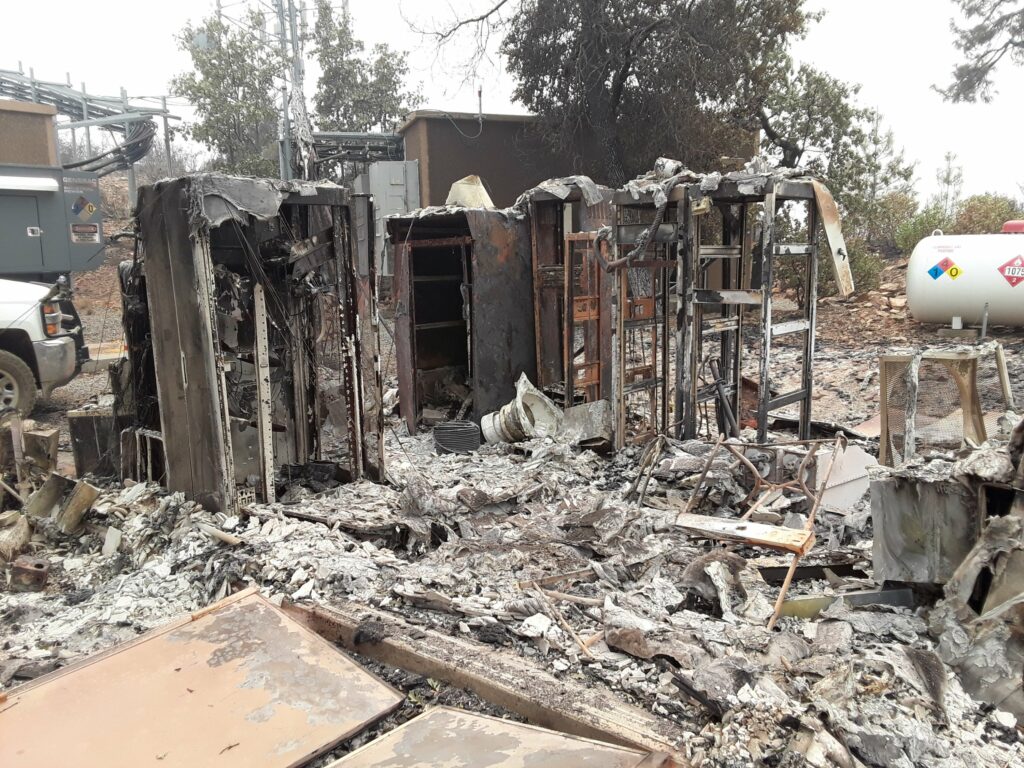 It actually looks like since the last set of photos of this site, the remains of the aluminum parts of the KEWB-FM transmitter (formerly a CSI 3000 watt) finally turned to powder and let everything fall to the bottom. See that coil of cable in the middle? I’m mad that I took it up there and didn’t just leave it sitting in storage a couple weeks more. We could have used that down here for our temporary tower, dammit!! 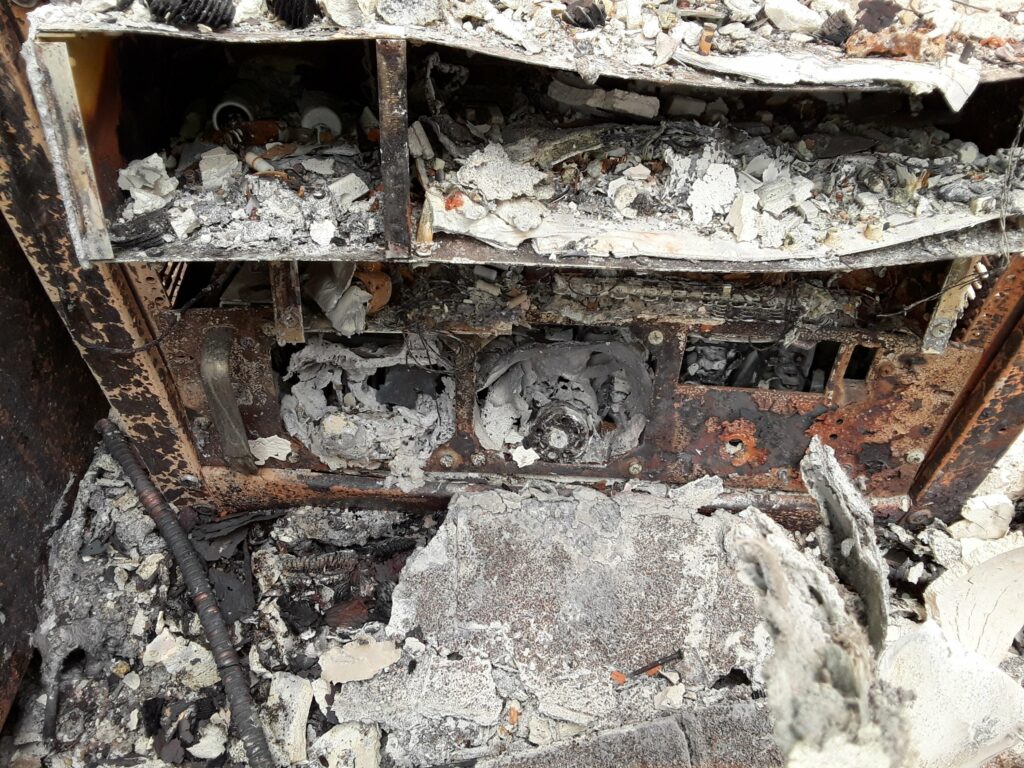 I think one of these things was the Crown FM300 that was the aux transmitter for KNCQ– which stayed on air with a PA temperature of 96 degrees C at my last telemetry readings— still putting out about 45 watts!!

I declare that was the most FUCKING METAL transmitter ever. It kept going in a blaze of glory.

The bottom unit was a PTurd. 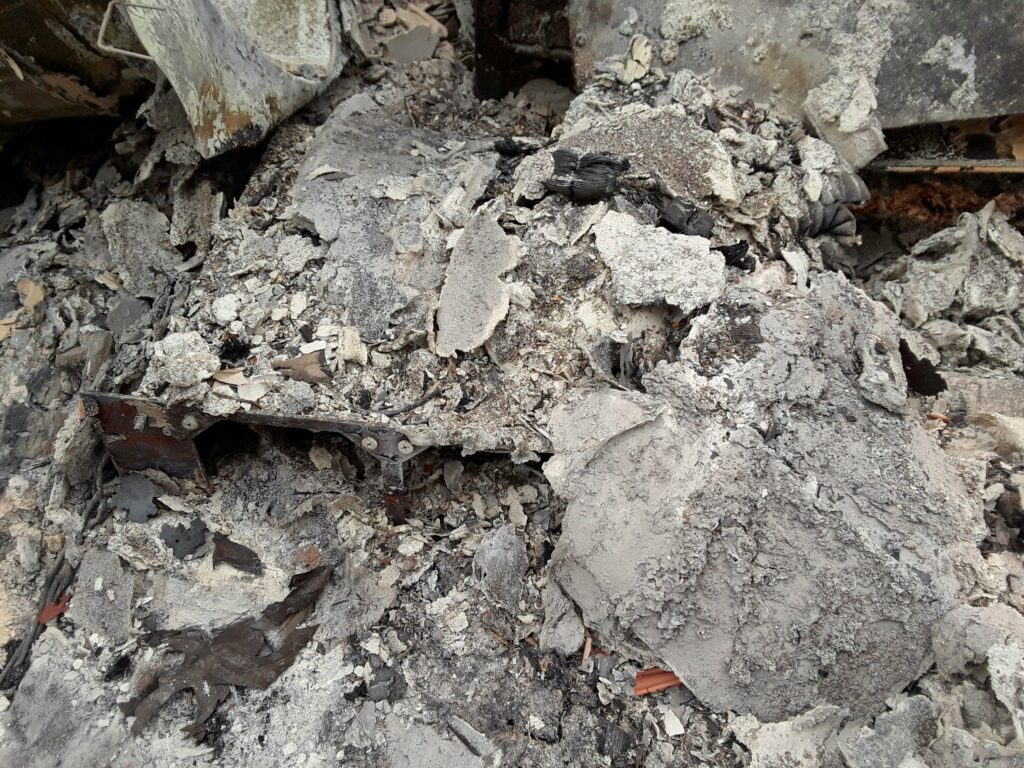 Here’s another PTek. In fact it is the BEST PTurd ever because at least you can 100% predict its behavior – it will never, ever, go on air. 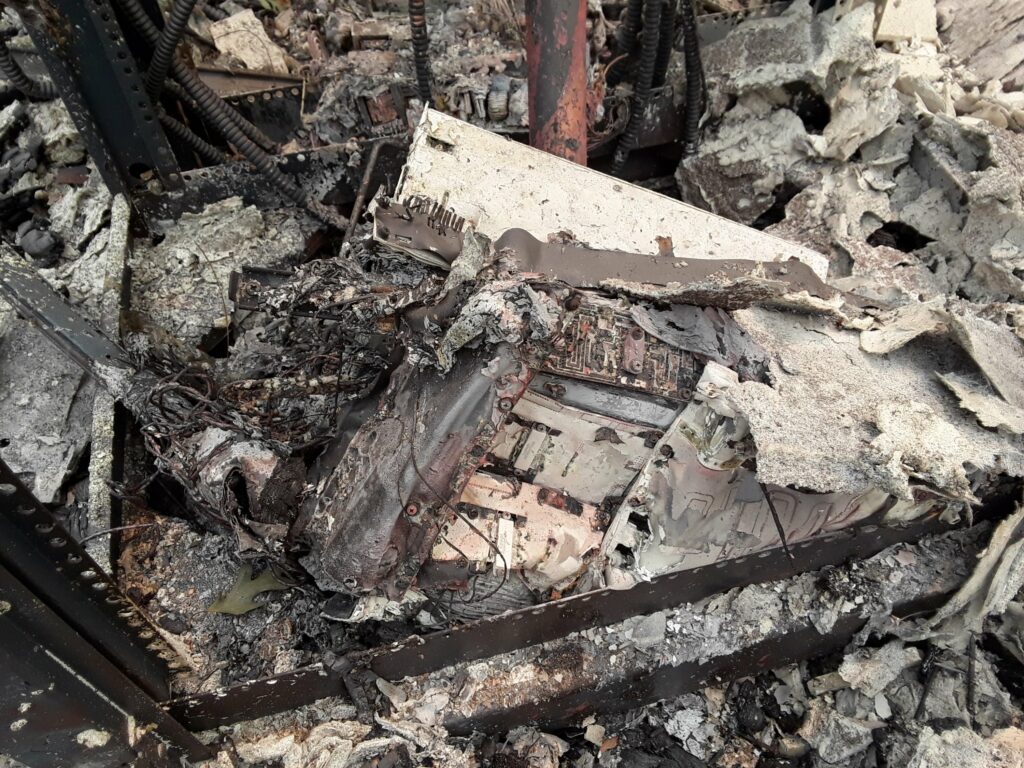 This was the brand new Nautel VS 2.5. 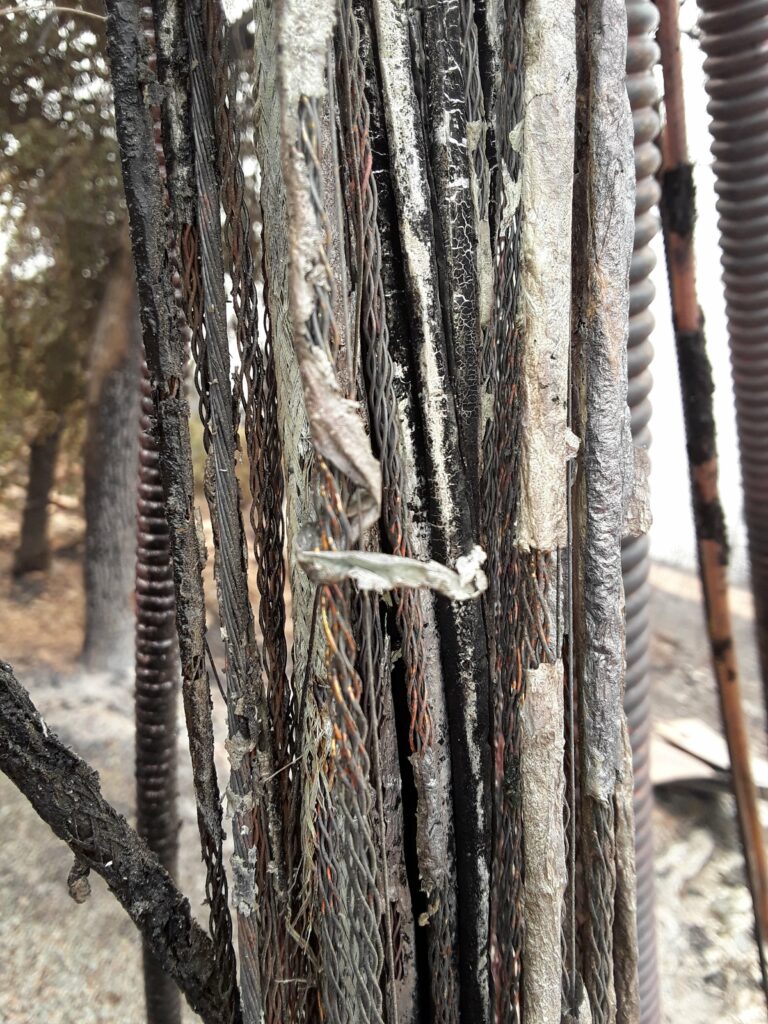 Ethernet cable looks kinda interesting when it gets zorched. These were lines that went up to a WiSP’s equipment. 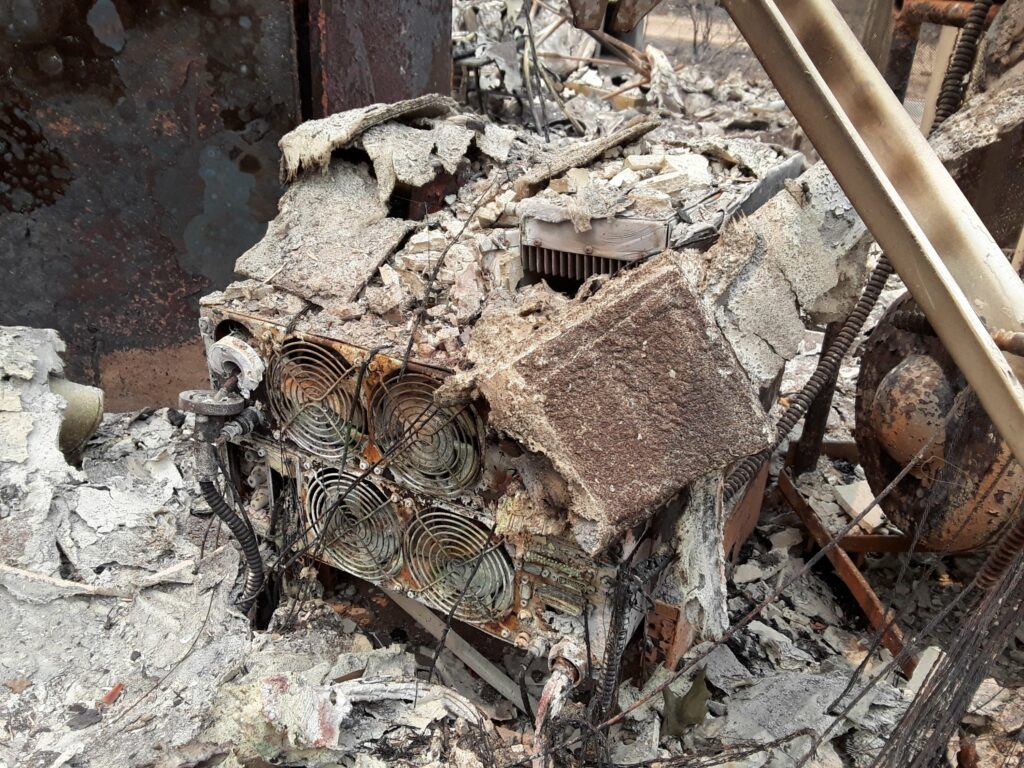 This was a Continental Electronics Corporation exciter and an Armstrong 2 KW transmitter. 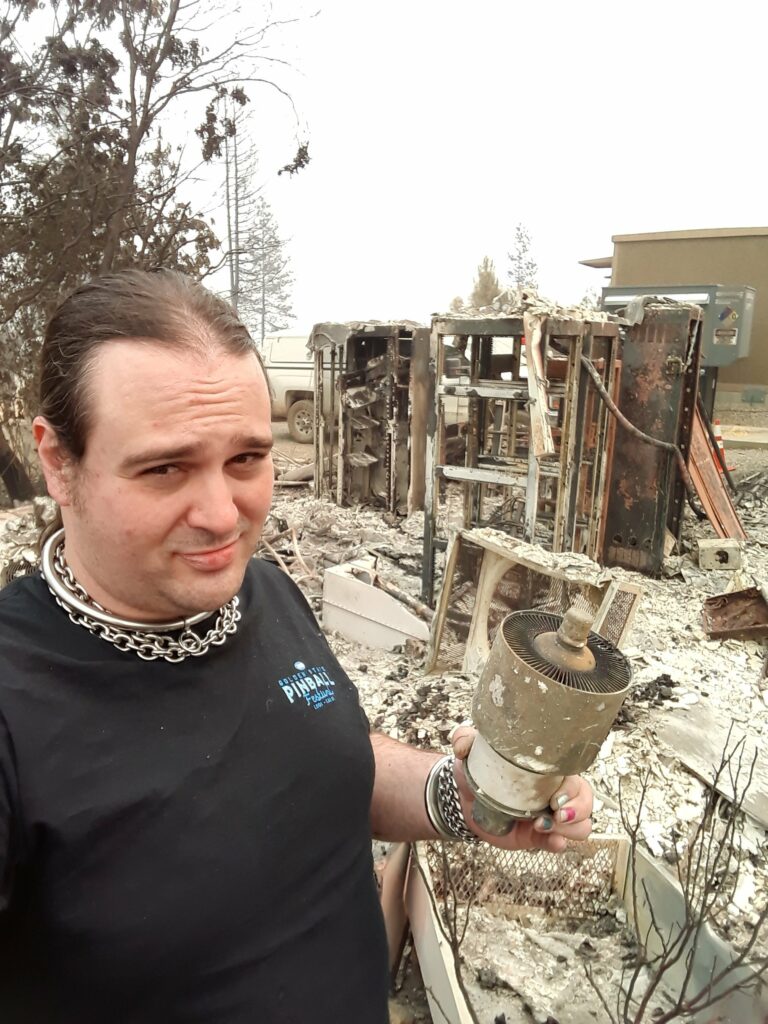 Lying right on top of the rubble was a spare tube. Don’t think I’d trust this one… but it’s still physically intact??

I guess I don’t have to worry about the butchered relay logic in this transmitter anymore. Best I can tell, the plate transformer and chokes, filament transformer, and capacitor either turned entirely to ash or melted down to the floor. The aluminum both melted, and oxidized and shattered. It’s just due to be scooped away with a front end loader into a dumpster.

This wouldn’t be the first time I’ve seen the iron core of a transformer just vanish in a fire.

It’s likely that power remained on and the blower kept running inside this rig as it was starting to catch.

Needless to say everything up here is a complete loss — we went up to figure out where we’re going to grade the ground next to the building’s concrete slab to set a temporary structure on, eventually to be followed by a prefab Thermo Bond building which will sit on the old slab as a foundation. It’s 16×20 feet in size.