In the honor of having worked in the city of Redding, California, for over a year now, I wish to inform you all of why it sucks. Massively.

I work in Redding, but I live down the road about an hour. I’ll gladly take that hour or so over the mere idea of living in Redding, not that it’d be reasonably possible anyway, for spooky reasons I’ll get into shortly.

A little backstory: Redding was the original northern terminus of a railroad— I guess Southern Pacific. It was certainly involved in the Gold Rush and stuck around as a city of industry with businesses selling timber products. Later on, it became one of the industrial hubs to support the nearby Shasta Dam construction project. It continued with a lot of construction and agriculture related businesses until the Great Recession in 2008.

Most of the businesses closed suddenly and Redding lost a lot of residents. Also, at some point, methamphetamine started blasting out of the storm drains or something. I’m not sure when this became such a major problem but it’s fucking everywhere.

At that point, a growing megachurch, Bethel, was able to swoop in and pretty much snap up EVERYTHING including monopoly control over the housing market and commercial real estate, key positions in the local government and police department. They formed a great fractal burst of shell companies that somewhat hide their involvement, but it’s still bleeding obvious if you know where to look.

The first thing you’ll probably notice if you start researching the city’s current state is Bethel, and the associated Bethel School of Supernatural Ministry. Yes, you read that right, and it’s every bit as stupid and utterly horrible as it sounds. Bethel is… actually a terrifying cult. Among their core beliefs are the dangerous theory that prayer will cure things that should really be left to Western medicine, such as cancer and other deleterious diseases. They’re pretty much your textbook cult, training their followers that outsiders are in need of conversion and SURVEILLANCE, and encouraging them not to speak to the outside world… I’ll get into that more later too, get ready to laugh and/or cringe.

An amusing thing I have discovered: Bethel drones are comically afraid of ham radio. I use this to my advantage often.

The City of Redding bends over backwards to support Bethel’s services, which is unsurprising considering that Bethel has pretty much taken them over anyway. The Redding Civic Auditorium is reserved every week for programs for the Bethel School of Supernatural Ministry and the police will block up traffic so that everyone else has to wait for their students to finish coming and going before anyone else can travel through the area.

BSSM recruits students nationwide, and is kind of just enough of a school and kind of just enough of a religious organization to qualify for every tax break in the code. Their voracious appetite for expansion has completely locked down the housing market in Redding. Unaffiliated families and individuals seeking a place to live in the Redding area find themselves either refused for not being affiliated with the cult, or they find themselves competing with the cult’s many agents and shell companies for buying or renting property. Once the cult gets their hands on a property, they cut it up into dorms and pack it full of BSSM students, or just keep it empty and off the market until it becomes part of the BSSM housing later. They also own an entire business district alongside the Sacramento River that they keep empty as overflow parking for their services at the Civic Auditorium.

The entire city shuts down at 9 PM. I realize this wouldn’t be uncommon for a SMALL city, but Redding isn’t all that small. You can’t even get gasoline late at night without going out of town to a truck stop.

Living near BSSM students is an interesting sort of horrible as they spy on and harass the neighbors. A friend of mine frequently experienced eavesdropping in the quite literal sense: he routinely found occupants of the BSSM dorm in the end of his apartment complex sitting on the roof over his unit and listening to all conversation within.

The Bethel cult has control over most commercial real estate within the city and businesses effectively cannot be created without the support of the church. Costco managed to get their hands on a parcel to build a new store without going through Bethel, and their reaction was to immediately tighten their grip on housing and begin evicting tenants from rental properties they own through their shell companies, blaming the Costco store for the loss of available housing. Charming.

Last time I looked, you could….. maybe…. get on a waiting list for a few months and get a one room studio for $1300 a month, no utilities included, no parking available because it’s all reserved for the Bethel kids in the complex, no pets allowed, and a roof that only occasionally lets it rain inside. Meanwhile, about an hour away I’m paying 950 a month for a two bedroom townhome that’s never given any issues whatsoever.

It is no wonder Redding has a disproportionately large homeless population. Whereas many churches do a lot for the community and will try to assist people who are displaced, Bethel does nothing. When the Carr Fire swept through Redding, Bethel both refused to open their facilities to assist people displaced by the fire, and started a totally bogus collection for wildfire ‘relief’. I’m guessing any funding collected, if it was used for related purposes AT ALL, was probably used to snap up more property for housing BSSM students.

Among the homeless population in Redding, there are a lot of problems with substance abuse, and Redding provides pretty much no resources to assist with this. Drive around Redding and you’ll see people just barely shambling around who look like they died two years ago and came back as zombies with their skin falling off. Walk around Redding and NO WAIT DON’T WALK AROUND REDDING ARE YOU MAD–
(At least they aren’t super aggressive like Miami zombies.)

The lack of social services tends to be, well, a big conservative thing… and Redding is a very conservative town. Redding’s pissed that it’s a very red city in a VERY BLUE STATE. The city hosted a campaign stop for Fuhrer Drumpf before his election and has had at least one bizarre rally in his support since. “State of Jefferson” supporters are everywhere. The large yellow bumper stickers and truck decals they display serve as a useful warning sign that douchebaggery may occur onboard their vehicle. The areas surrounding the city are dotted with mansions up in the hills occupied by the rich idiot sector of the population; all they really care about is not seeing anyone else when they come down the hill to go shopping. 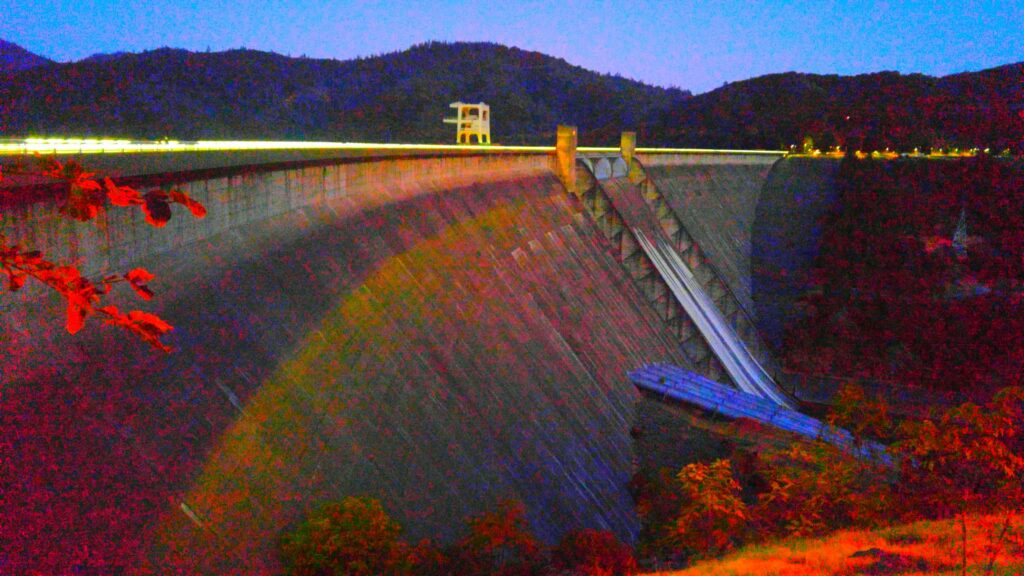 Marijuana is legal in California and has been for a while now, and Redding simply tripped over their own fat feet trying to figure out what to do with this. There are three dispensaries for medicinal and recreational marijuana products up in the city of Shasta Lake to the north, as they welcomed businesses to the city without any major restrictions. Redding sat around for a long time mulling what requirements they’d have – last I heard they came up with a highly restrictive zoning plan which – SURPRISE – ruled out any business district that Bethel doesn’t own, and they wanted to charge 20K in fees a year. Nobody’s taken them up on their amazingly generous offer, so they don’t get a share of that revenue. Oh well! Guess they don’t really want to be in the business of doing anything other than hosting a cult. 😉

Well, at least I’ll say this much— it isn’t that bad working in the city and leaving every night. I will not, however, consider living in this right mess. Bye Felicia!