These trains have really funny noses and a colossally broken dispatch system. I caught this one waiting, delayed severely trying to leave Miami and just not getting a green signal. 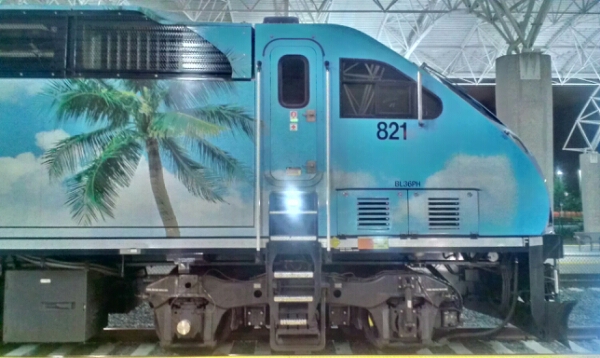 Brookville BL36PH, it’s very very quiet and doesn’t smell like diesel at all. 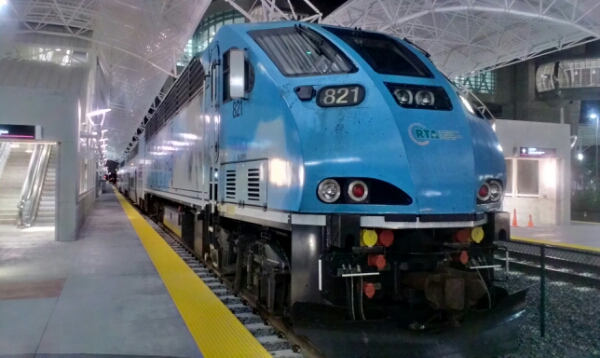 Southbound schnozzola on the Brookville. 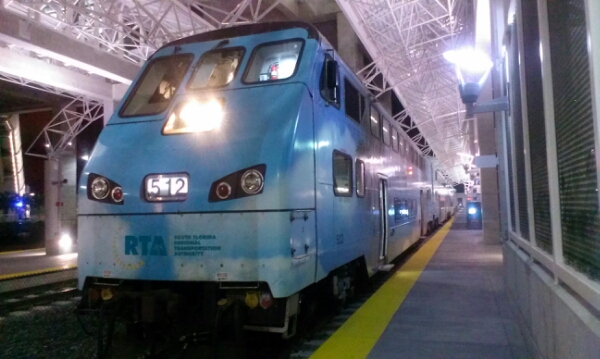 The Brookville locomotives really impressed me. The Hyundai cars are nice but have terrible seating, they were built assuming people sit bolt upright 90 degrees in chairs like Lego mini-figs. Now if they can fix the dispatch I’ll be able to take Tri-Rail seriously again 😉